Op-ed: Why are people drowning at Azerbaijan's beaches?

About fifty people drowned in the summer of 2018 in Azerbaijan – most in the Caspian Sea, but some in the Kura River.

Every summer holiday season ends with a tally of how many people lost their lives while swimming. These deaths occur despite the fact that all beaches, except those with the biggest waves and strongest currents, have lifeguards and other such services where the rules for swimming are clearly indicated. Why then do people continue to drown?

almost drowned last year on a beach in Bilgah. Not too far from the shore (Baku beaches tend to have shallow waters), we ended up in water so deep it covered our heads. I remember looking up at the water above me which was illuminated by the sun, and thought: “Is this really how it all ends, right here and now?”

The Ministry of Emergency Situations blames the victims themselves for their deaths. Here are the main reasons why people drown according to lifeguards:

There are currently lifeguards at about 40 of Azerbaijan’s beaches, which are officially sanctioned by the state. The state says that it cannot be held responsible for what happens at the rest of the beaches – the ‘wild’ ones. As luck would have it, a number of people end up on these beaches.

However, there are still a number of people drowning at these supervised beaches. For example, due to the shifting sands underwater, one can easily end up in deep spots that might not have been there the day before. There are also undertows and riptides which can pull you out to sea and make it difficult to swim back to shore: these kinds of currents are responsible for the majority of drowning deaths across the world. 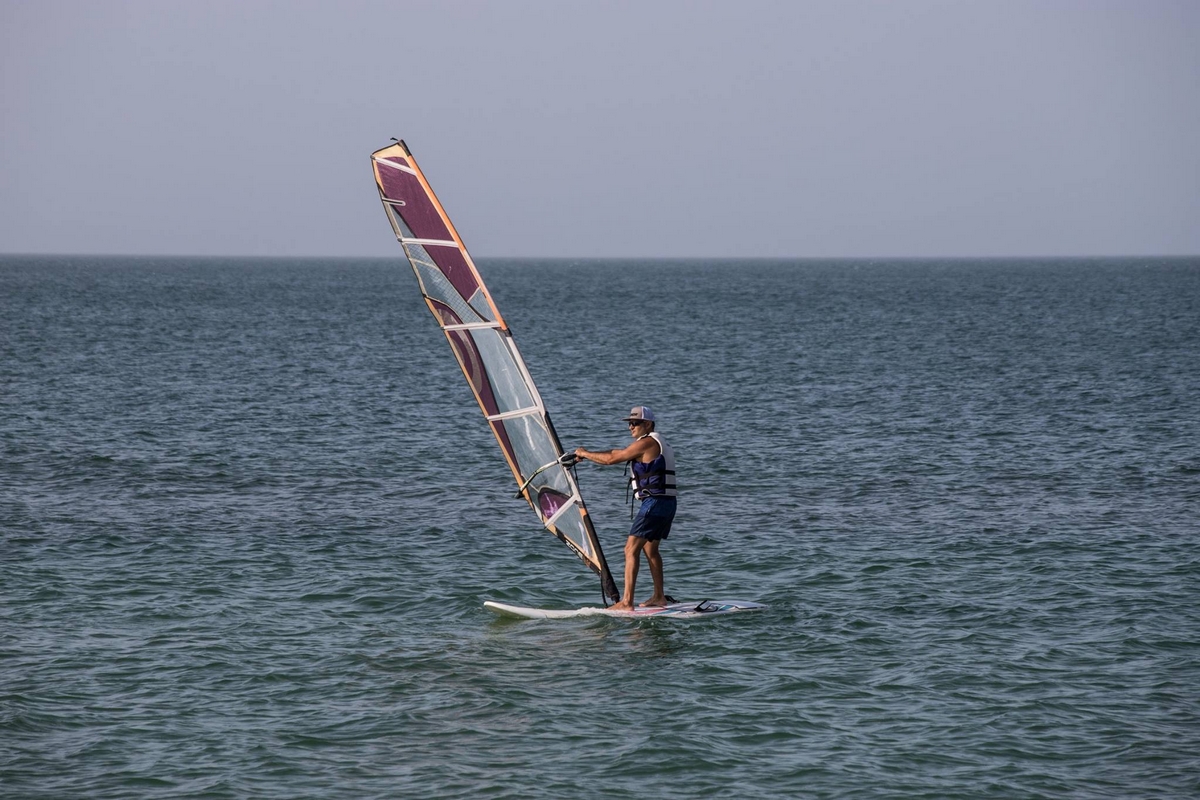 Practically all Bakuvians have a memory of a near-drowning experience.

Leyla Ali was a teenager when she went with her sister and father to the beach.

“Hoping that I was in good physical form and knowing that I could swim, I swam out too far. I got scared, started to choke and desperately waved at my father.”

But her father thought that she was just having fun, and simply waved back. Thankfully, her sister understood that something was wrong, and she was able to help Leyla.

“My father was embarrassed and apologised over and over again, begging me the whole way home not to say anything to my mother, otherwise she’d kill him.”

This happens rather often: someone standing on the beach thinks that someone in the water is simply having fun, and nobody rushes out to help them.

Aynur Mehdiyeva was in sixth grade when she went after an inflatable armband that came lose while swimming in the sea. She took a few steps towards it, but suddenly couldn’t feel the seabed with her feet anymore. Nobody paid attention to her screams and calls for help, and soon she didn’t have much air left. She relaxed, began to say her goodbyes in her head and sank down… she woke up on the beach.

“A man who sold boiled corn happened to be passing by, and he noticed how I was floundering in the water. He threw his stuff down and jumped into the water to save me.”

How not to drown 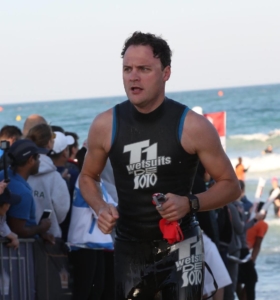 Boris Najafov has represented Azerbaijan at several triathlons and Half Ironman competitions. In 2016, he and a friend, Azer Mammadov, were the first Azerbaijanis to swim across the Bosphorus.

“You can find instructions on the internet regarding what to do in drowning situations. They don’t really help people who can’t swim in the first place though – panic and stress get in the way. For that reason, in order not to drown at the beaches of Azerbaijan (or any beach for that matter), I recommend people not get themselves into situations where they might have to dive into a whirlpool and that they reactivate muscles that have given out by pinching them.

“First, take a good look at the place where you intend to swim. You can ask locals – are there large rocks here, currents, wildlife…? If there is nobody around you that you feel you can trust, take a look yourself.

“For example, if there is a wave (not necessarily a big one) that strikes the shore at an angle, that means that you will be carried along the shore either to the right or to the left. If you see rocks that are not too far out, there might be riptides and unexpected deep spots in the water. If there are waves, it is dangerous to swim near large rocks in the water.

“Don’t swim alone. It’s great if there is somebody experienced with you. They can ensure that if you get into a sticky situation, they will at least be able to yell loudly for help. It’s good if you have someone on the beach that keeps an eye on you. Such a person can also call for help if you are drowning – either a lifeguard or an experienced swimmer will be able to reach you within one or two minutes…and that time is crucial when you are in trouble.

“Here’s what Azerbaijani lifeguards should tell people: you have to swim in special clothing, not in dresses, tunics, jeans or long shorts. Inappropriate clothing will only slow down your movements and drag you down.

“The most dangerous thing in the water is a person himself. Panic and stress can even throw experienced swimmers off balance – it’s not an accident that training pools are generally shallow. A wave which has unexpectedly crashed down on you can scare you, as can an unexpected depth in the water. Remember that things will only be worse if you panic, try to calm down, count to five, don’t make any frantic movements and proceed calmly.

“If you can’t swim, always bathe in the water with someone else or don’t go too far out. It’s better to learn to swim, of course. In Baku, there are pools and trainers which are rather affordable. Five or six lessons and you’ll know how to tread water – it’s little more than the price of a cheap mobile phone: and is it really worth skimping on if it will save your life?”

“I wish you happiness, girls!”

Practically all Bakuvians know at least one such story that doesn’t have a happy ending. But there is another story which took place towards the end of the 1950s which has turned into an urban legend.

A schoolchild by the name of Tofiq Huseynov saved three drowning girls in a row, and when he tried to save a fourth, he drowned along with her. Later, director Eldar Quliyev shot a film called I Wish You Happiness, Girls!, which was a fictionalized account of how the lives of these girls later turned out, and how they remembered the boy who had saved their lives.

Public School No 134 in Baku was named after Tofiq Huseynov. Several years later, the school was renovated, but the authorities “forgot” to include his name on the school’s signage. Just as the girls in the film only vaguely remember their saviour years later, the same is true of the public. 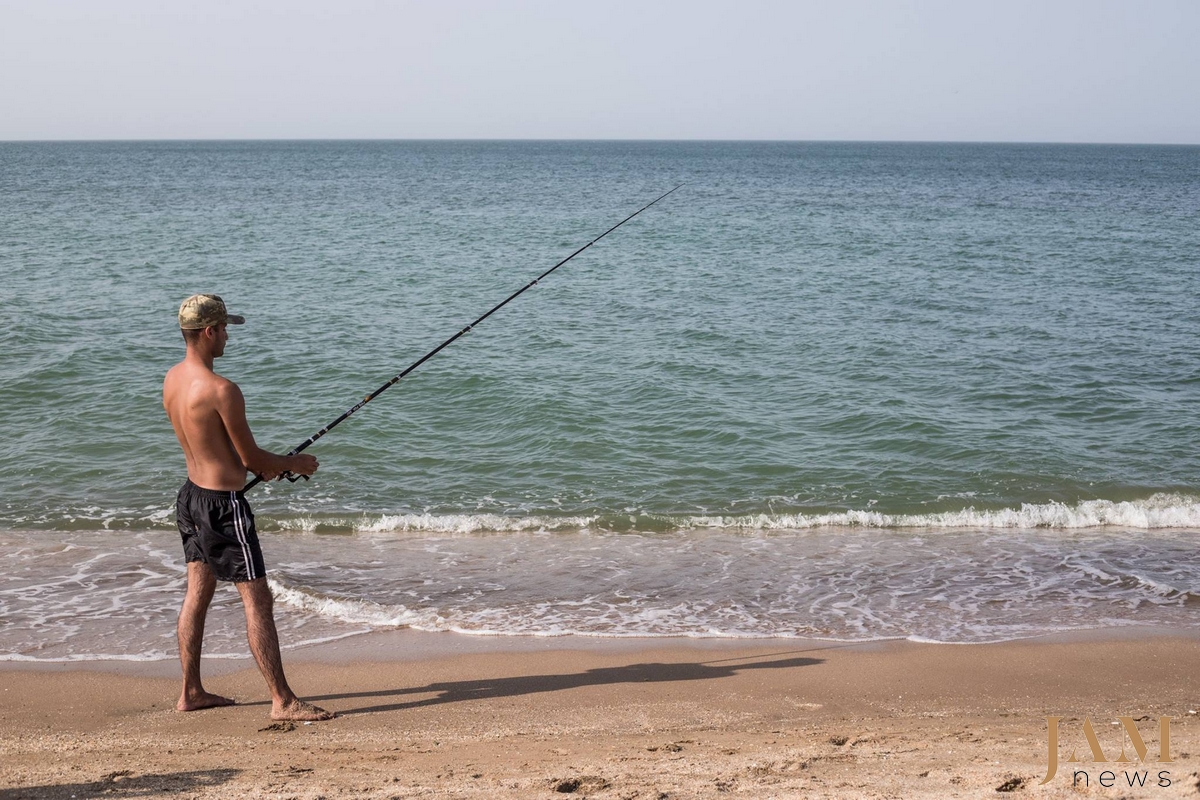 By the way, I got myself and someone else into the same situation mentioned above. This person probably would have been able to help me had I not grabbed hold of him and dragged him down with me. This is the instinct of self-preservation at work. For that reason, even an experienced lifeguard sometimes has difficulty helping a drowning person.

In the end we were both saved by a friend who was a good swimmer with a strong physique. He wasn’t able to swim up to us on the first first try though, as the strong current pulled him to the other side. When we made it to the shore, I had two thoughts:

The first was philosophical: “My, a human life can end in just seconds.”

The second was idiotic: “I wonder how I looked while I was drowning: like the girls in the movie or, how?!”

Since then, I’m periodically tortured by the idea that I didn’t look pretty while drowning. Not like in the movies.