Who's in Armenia's new ‘revolutionary' government? A 3-part series on the new Armenia

In 2018 a change in power took place for the first time in the history of independent Armenia as a result of a revolution. The long period of demonstrations was headed by opposition MP Nikol Pashinyan who was later elected Prime Minister on 8 May by parliament.

The following is the first installment in a series which will look at the first steps of the revolutionary PM. This article will touch on a number of details concerning the 15th government of Armenia formed by Pashinyan.

he constitution gave the PM 15 days to form a cabinet, though he made the appointments within a week. On 21 May, the new government was sworn in and began carrying out its responsibilities.

There are three vice-PMs in the government and 17 ministers. 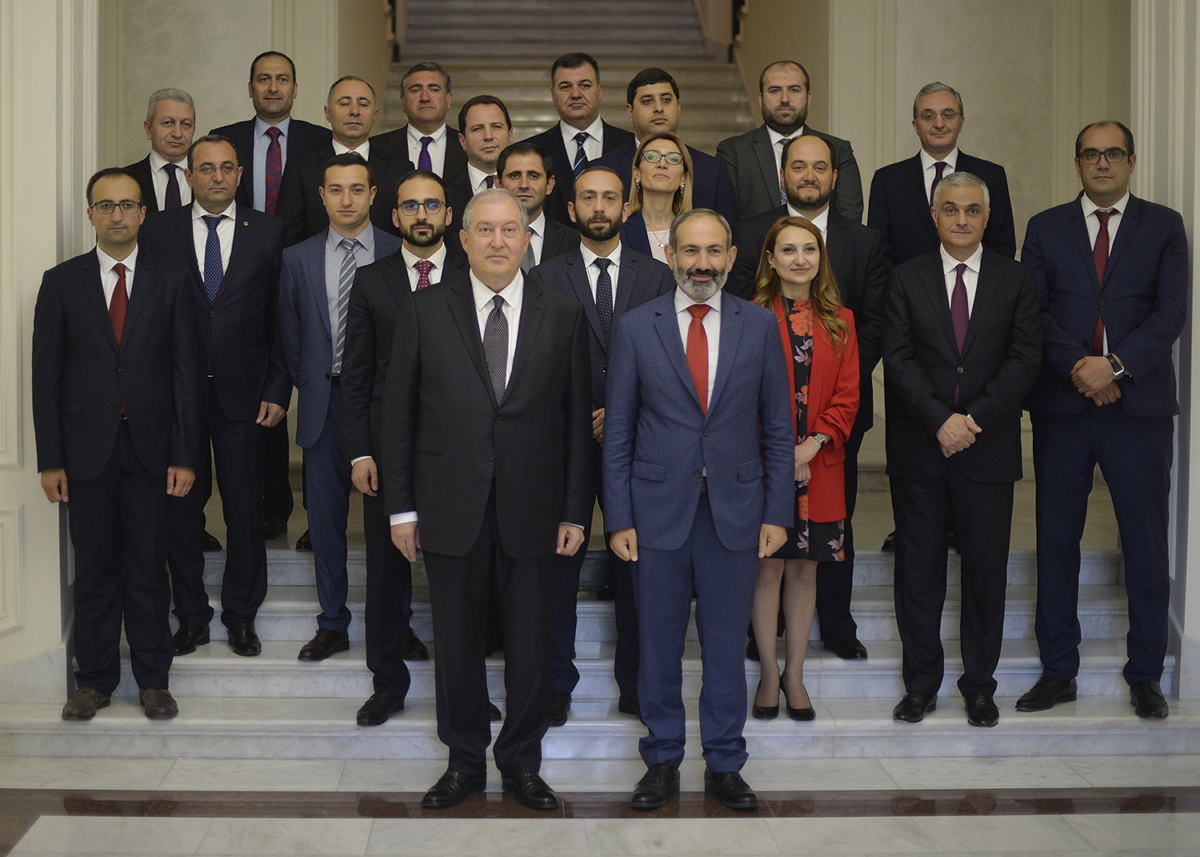 Nikol Pashinyan announced his principles for the formation of a new government before he was elected PM:

Judging by the number of resignations and dismissals, it would seem that there wasn’t a lot of potential among the former staff.

A majority of the government leaders are members of Nikol Pashinyan’s ‘Civil Contract’ party.

The youngest faces in the government are VP Tigran Avinyan (29) and Minister of the Diaspora Mkhitar Hayrapetyan (28).

Nine ministers are younger than forty years old, and the oldest, Minister of Foreign Affairs Zograb Mnatsakanyan, is 52.

It’s not just the ministers that have ‘gotten younger’, but other state leaders as well. For example, the head of Lusashokh village is now a 25-year-old student, Narine Galstyan.

There have been some mixups along the way though. Vagarshak Hakobyan (27) was appointed adviser to the Minister of Diaspora. The Armenian media wrote at the time that according to the law ‘On public service’ he could not occupy the position until he turned thirty.

The ministry replied that Hakobyan’s candidacy was appropriate given his qualifications, though he was replaced in the position and made an assistant to the minister.

The following positions have been taken up by key figures from the revolution:

Enlightened ministers with spotless pasts… and not much experience

Out of 20 members of government, 12 received an education abroad: in the UK, the Netherlands, Greece, the USA and also in Russia.

Their records appear to be spotless. 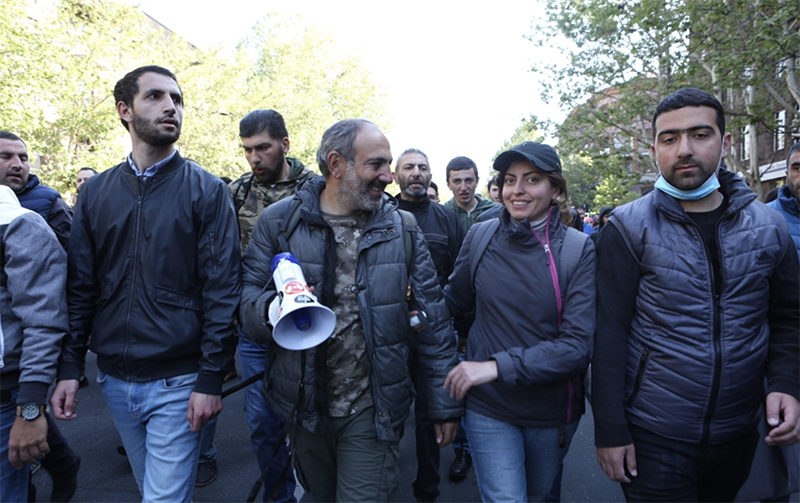 The new cabinet has a vibe of being ‘poor and honest’. In their declaration of income and assets, some even said they had nothing in their bank accounts. This is true of the Head of the State Oversight Service, David Sanasaryan.

This cabinet has little experience, which is a result of the age of its members. However, it seems they enjoy the trust of the public which is putting aside its doubts and fears and expects effective work.

However, not all of the PM’s appointments have been inspiring.

In particular, the appointment of Valeri Osipyan as police chief has been met with a number of different opinions. He was formerly the deputy head of the Yerevan Police Department, and he personally oversaw the situation on the ground during the protests against the former authorities.

The prime minister had to explain his decision to the public, which he did during one of his regular Facebook addresses:

“Valeri Osipyan is not corrupt, and this is rare for the police system. He is also not a member of some ‘clan’, including the police clan.”

However, certain appointments to the State Revenue Committee and to the police have left certain questions unanswered.

From the old government to the new one

Only three ministers from the old cabinet have remained ministers – however in different positions:

There are no members of the former ruling Republican Party in the new cabinet. The party has passed a resolution allowing its members to ‘freeze’ their membership in the party and to work in the new government. However, only the Deputy Minister of Environmental Protection Khachik Hakobyan made use of this possibility.

There is an unwritten coalition at play in the new government, too.

In addition to the Yelk political bloc represented by Pashinyan, the Bright Armenia and Dashnaktsutyun parties are also in the government. There are even non-affiliated ministers in the cabinet.

Bright Armenia has one Vice PM, four ministers and governors of four regions in the government. The Dashnaks have two governors and two ministers.

Pashinyan’s son recently joined the army. Earlier, the PM called on Armenians living abroad to return home to go through military service. Around 320 responded to his call and returned home for the summer draft and entered the military service.

Nikol Pashinyan has not served in the army either.

He explained this fact in the following way:

“According to the law in 1991, the state simply did not draft me and sent me to do something else. It was said: given that two older brothers are serving in the army, we won’t take the third. There are two different situations. The first is one of a person who solves the problem of how not to serve, and the second, in which the state said: ‘Dear citizen, in this situation we want you to do something else other than serve in the army’.

“If it is discovered that a government official avoided army service or other responsibilities, he will be fired.”

A step back from previous statements

The government is often reminded of the fact that it has rejected statements it made earlier.

In particular Yelk, which was represented by Nikol Pashinyan, demanded in 2017 that Armenia exit the Russian-led Eurasian Economic Union (EAEU). However, before being elected Prime Minister, Pashinyan stated that the new government did not intend to exit the EAEU.

The question of the country’s external alignment has come up on multiple occasions: is the country pro-West or pro-Russia? There is no concrete answer to this question yet. The PM himself has stated on several occasions that he is neither a pro-Russian nor a pro-West politician: he is pro-Armenian.

Representatives of the European Union have stated that they are ready to support his government in all its endeavors. Russia, in turn, has welcomed the activities of the new PM. 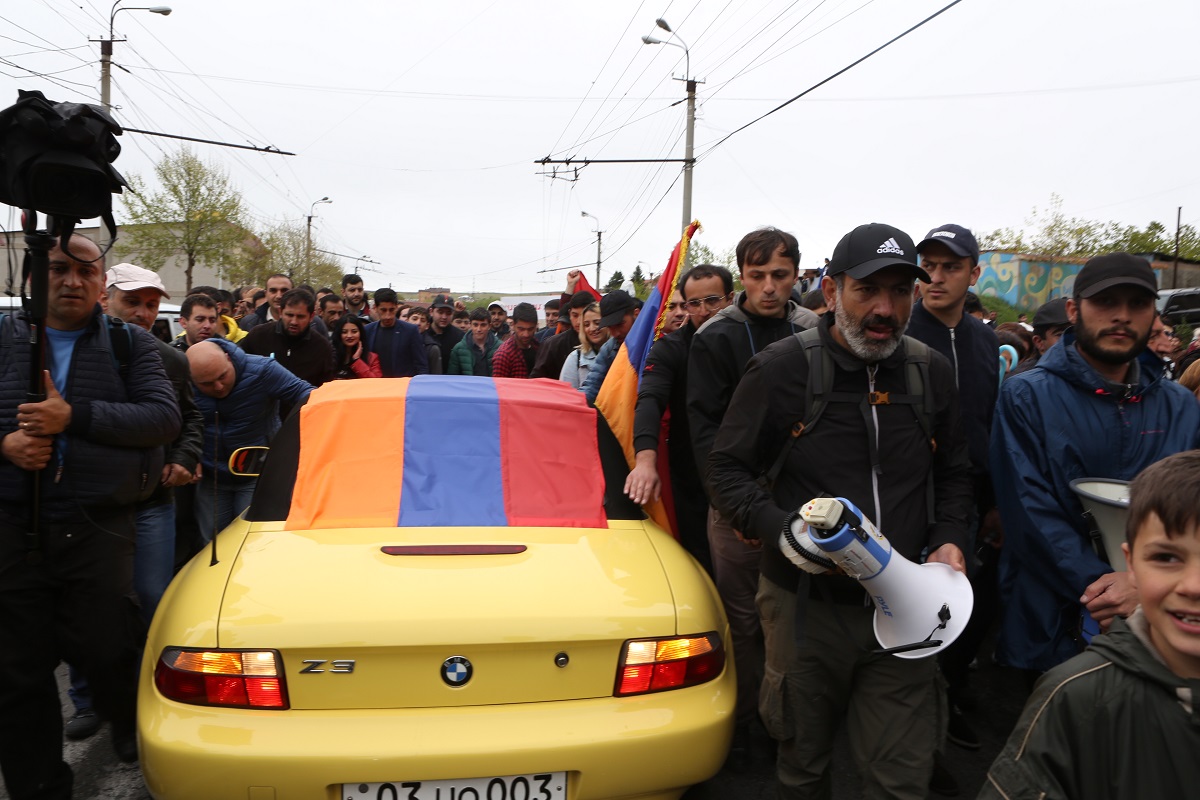 What are people expecting from the new state, and what are they getting back?

The public is mostly interested in an improvement in socio-economic conditions in the country and a real fight against corruption.

The first needs time, and the public is patient. The second expectation that the government fight corruption is being realised through a series of anti-corruption measures, investigations and high-profile arrests. Simultaneously, large sums of money are being returned to the treasury.

“We will remediate the damage done to the state to the very end, we will not turn from this path.”