Yerevan votes for the "revolutionary" government

Prosperous Armenia came in second with 6.42 per cent of the vote.

The remainder of votes were distributed thus:

Early elections are being held today for Yerevan’s Council of Elders.

Twelve political parties have put forward their candidates and the Council of Elders will ultimately elect the next mayor of Yerevan.

However, these elections will also show just which political parties enjoy the support of Yerevan’s residents. This will be a good indicator of the political situation in general, given that almost half the country’s population lives in the capital.

The threshold for political parties is six per cent of the vote. The election results will only be recognised if at least three political forces make it into the Council of Elders.

A total of 475 voting stations opened at 8am this morning and will close at 8pm this evening, Yerevan time.

These are the first elections since the Velvet Revolution that took place in the spring earlier this year.

The former ruling Republic Party of Armenia is not participating in the elections: the party has not put forward any official explanation as to the rationale behind this decision.

One of the first people to cast their vote was Prime Minister Nikol Pashinyan. Pashinyan has postponed an official visit to the US where he was supposed to participate at the 73rd session of the General Assembly of the UN.

Pashinyan believes these elections to be very important for Armenia. He has said on several occasions that the results of the elections must not leave room for doubt or questions among citizens as to their legitimacy.

he position of mayor has been vacant since the resignation of Taron Margaryan on 9 July.

Why did the former mayor resign?

However, Margaryan did not resign.

One month later, Margaryan was once again the centre of attention in a scandal. The National Security Service investigated the mayor’s office, and discovered that it had taken bribes for issuing construction licenses and property registration.

That’s not where the corruption scandals ended, however.

Journalists conducted an investigation into Margaryan’s undeclared assets and discovered that with the mayor’s current salary, he would have to spend 210 years in office in order to have the wealth that he currently has.

The journalists handed over their investigation to the National Security Service, after which demonstrations began again in Yerevan.

After two months of resistance, Taron Margaryan resigned on 9 July. He has not appeared before journalists and has not explained or responded to any of the allegations against him.

Recently it was reported that the former mayor was interrogated by the National Security Service and promised to return three million dollars to the state budget.

The main candidate, Hayk Marutyan, is from the My Step political bloc, which is supported by Nikol Pashinyan’s Civil Contract party.

The PM himself has actively participated in the bloc’s election campaign and supported mayoral candidate Hayk Marutyan. 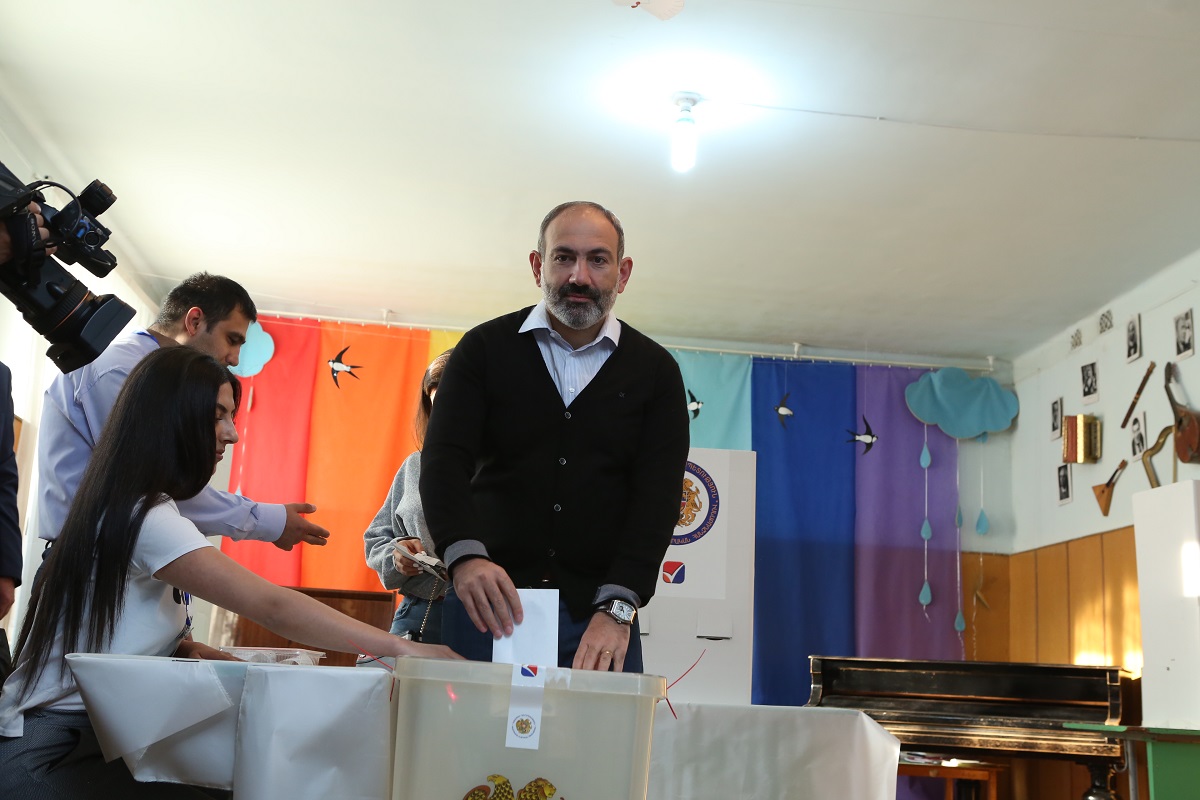 A well-known comedian and producer, he was an active participant in the revolution and was always by Nikol Pashinyan’s side. Marutyan began his political career only some months ago when he became a member of Civil Contract.

The main competitor of My Step is the party of one of the richest people in Armenia, Gagik Tsarukyan, from the Prosperous Armenia party. Public opinion surveys point to his party lagging seriously behind My Step. 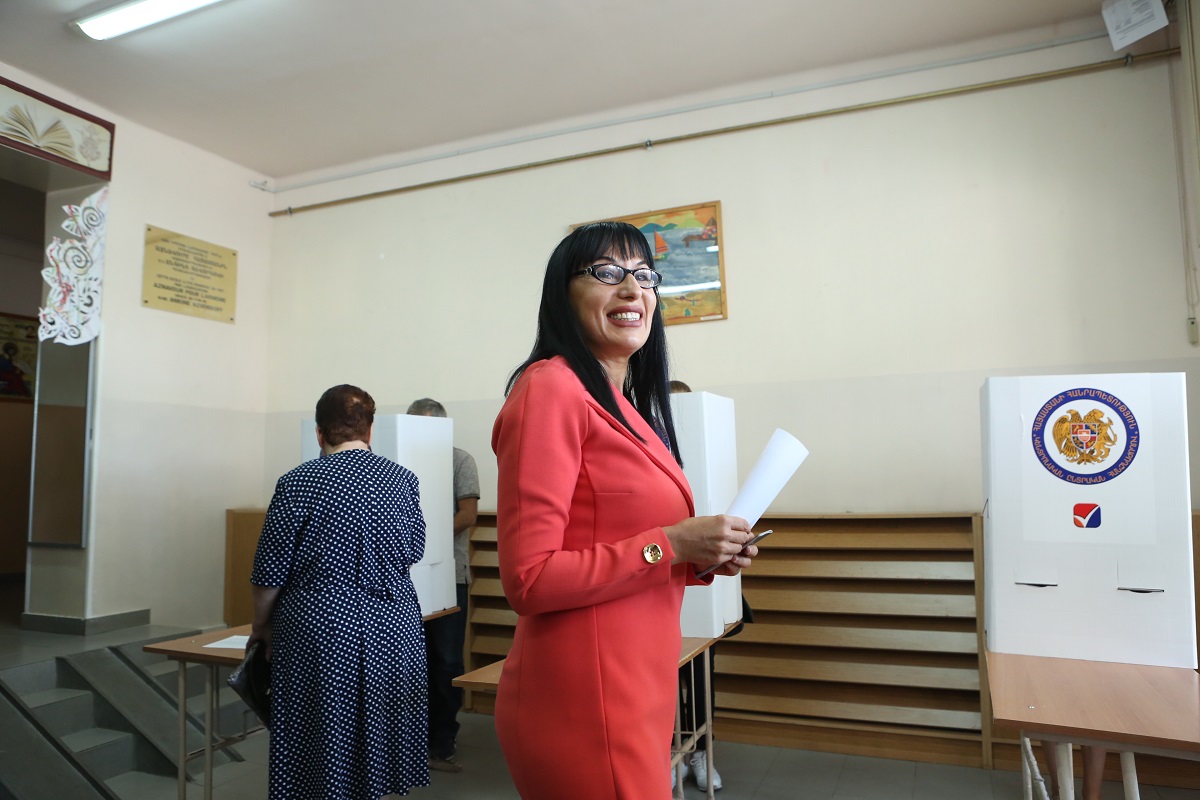 During the election campaign, she has harshly criticised Hayk Marutyan and Nikol Pashinyan for the former’s remark that the elections will be divided between ‘black’ and ‘white’ forces – that is, supporters and opponents of the Velvet Revolution.

Another party which will likely make it over the threshold is the Luis [Arm. light] political bloc, who is represented by the Minister of Justice, Artak Zeynalyan.

This bloc was formed by former allies of Nikol Pashinyan – Edmon Marukyan and Aram Sargsyan.

In parliament they are still formally allies of Pashinyan, given that they are in his political faction. However, the elections for the Council of Elders of Yerevan has shown that the bloc has more or less fallen apart. Representatives of the bloc have also criticised Pashinyan’s comment about the dividing lines of these elections.

Experts believe that members of the Heritage Party and the Dashnaktsutyun might also make it onto the Council of Elders. 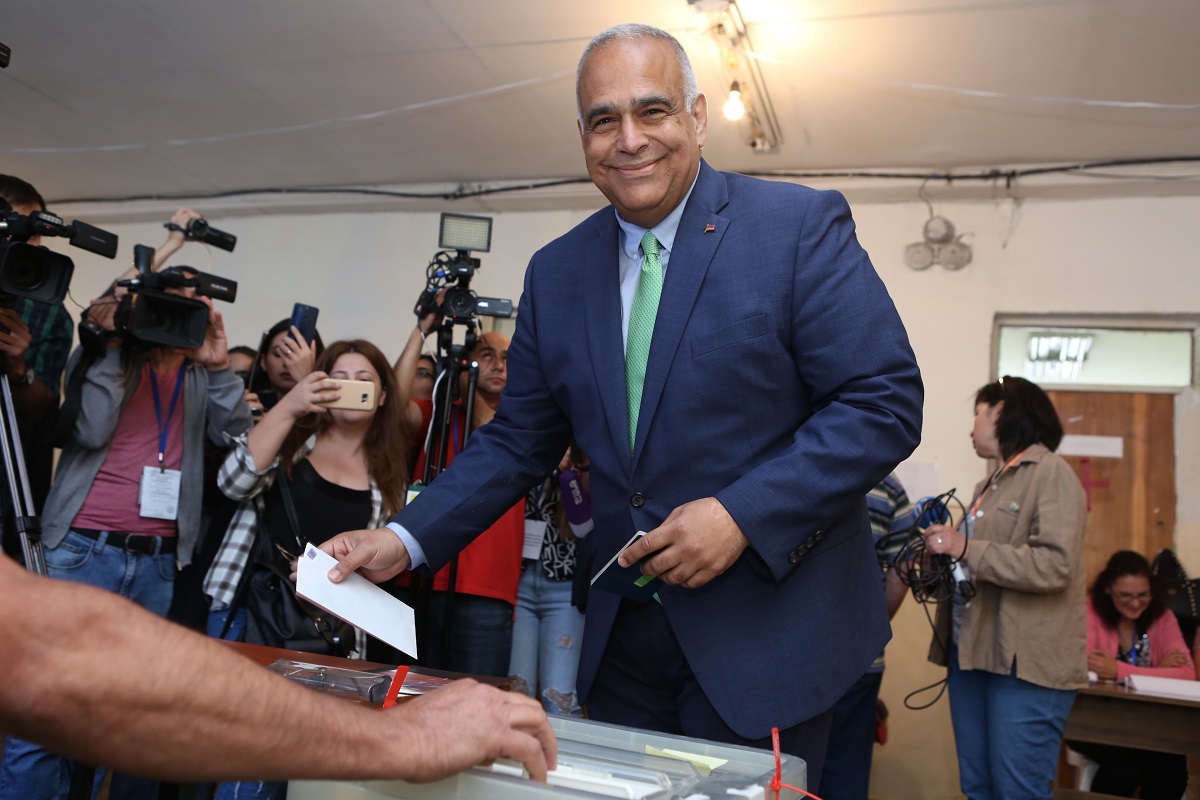 No bribing this time around

During the election campaign, there have been practically no cases of attempts to bribe voters.

Legislation punishing such crimes has recently been made more severe in the country, with fines from USD 5,175 – 6,210 and prison sentences of four to six years.

Read also: A detailed report on Armenia’s new anti-corruption electoral laws. How things were, and how they are now

Falsifying voting results previously carried a penalty of three to five years imprisonment. Now, this term has increased to between four to eight years.