Who are the Yazidis and why are they fleeing from IS to the South Caucasus?

JAMnews, based on Hromadske

Journalists from Hromadske TV traveled to Georgia and Armenia to speak with those who are regarded by ISIL fighters (The Islamic State of Iraq and the Levant) as devil worshipers. Where have they found shelter and what are their thoughts about returning to the homeland?

The Yazidis – an ethno-religious minority indigenous to the Kurdish Mountains – have been persecuted throughout history. They say they have been around for 7,000 years and, throughout this time, survived 70 attempts of total extermination. Written sources dates the origins of the Yazidis back to the 11th century. Moreover, the earliest documents mentioning this community describes the Yazidis not as a separate nation, but as a denomination within Sufism – Islamic mysticism, which can still be found in Iraq, Syria, and other countries of the Caucasus.

However, over time, the Yazidis have declined as an ethno-religious community, which recognized affiliation with this group based on the religion. Despite the common language and partly, the history, the Iraqi Yazidis often underline that they are not Kurds. Moreover, one of the followers of the Yazidi traditions who is a historian that specializes in the Yazidi people, Lukman Suleiman, says: “The majority of the living Kurds including a considerable number of those who identify themselves as Turks, Persians and Arabs, are in fact descendants of the Yazidis, who were forcibly converted to Islam.” 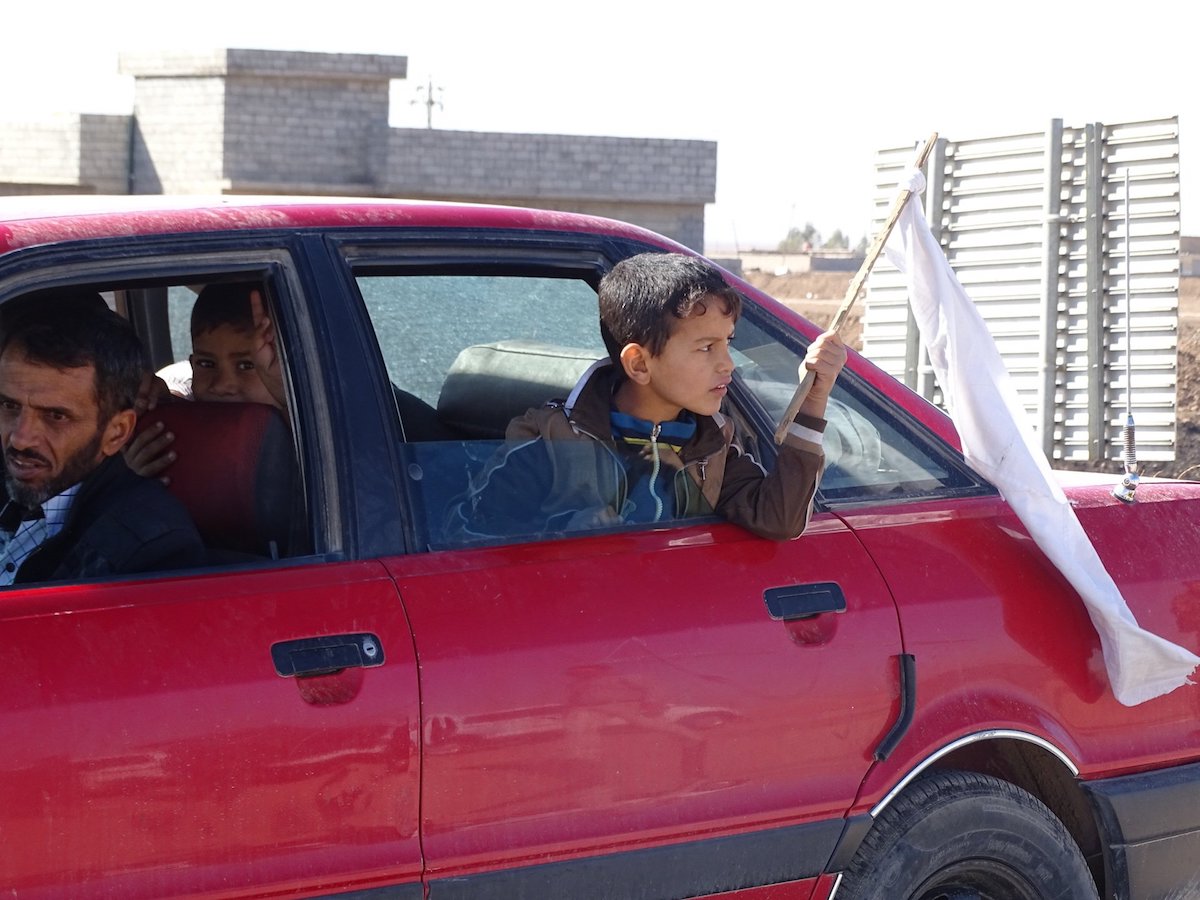 “ISIL, which is executing us now, is not the first to come to the Yazidis through wars, not the first who has forced our people to make a choice to either denounce their faith or convert to Islam to stay alive. This has happened before. Many times, throughout the thousands of years that we have been in existence, once in every hundred years some regular Islamic State comes and kills us. For example, in the 16th century, 1,200,000 Yazidis were murdered by order of the Ottoman government, and almost two million Yazidis renounced their faith to save their lives. At that time, like now, those who were killing the Yazidis which refused to convert to Islam, would say they were acting on behalf of Islam. At that time, four hundred years ago, many were forced to give up the ancestors’ religion, but we know that a million people in Iraq, Syria, Iran and Turkey are Yazidis, forcibly deprived of their roots and history.”

One may argue with Suleiman on the number of oppressed but that argument becomes meaningless. Likewise, it is hardly possible to identify the exact number of the living offspring of the Yazidis. It has to be noted, however, that in Kurdistan, many Muslims would voluntarily say that their ancestors numbered in the hundreds, but part of them just decades ago had been forcefully converted to Islam by neighboring Muslims.

History of the conflict

What is the reason for the Yazidis’ numerous conflicts with the neighbors? The whole story is about the central figures of the Yazidi religion – the peacock angel Melek Taus. As the legend has it, this angel, like the devil Iblis mentioned in the Quran, refused to bow to the first man, Adam, and, like the same Iblis, he was thrown into hell. In hell, as the Yazidi legend continues, Melek Taus wept for a thousand years, feeling sorry for the suffering of the sinners, and was pardoned by the gods and appointed as the head of the angels.  But the very fact of worshiping the one who was sent to hell by the Almighty, makes the Yazidis, in the eyes of radical Muslims, believers of the devil. Due to this fact, Yazidis were frequently faced with a choice – either reject their religion or die.

Until very recently, converting to Islam (and any other faith) would mean a complete break from the community. The Yazidis who deny proselytism and do not accept references (it is impossible to become Yazidi. One needs to be born in a Yazidi family), would not accept their brothers and sisters back who converted to another religion even under the threat of death.

But times change, and the Georgian Yazidi community are trying to give up this tradition, which they consider to be detrimental to the whole nation.

“Of course, we do not allow ourselves to introduce any reformist initiatives, but we, in Georgia, have started to speak about the need to accept our people back,” says the former head of the Yazidi community in Georgia, human rights defender Agit Mirzoyev, “because otherwise, we will simply cease to exist, and will be subject to total assimilation in the next 5-10 years. Something needs to be changed, and we have started to practice that [accepting people back to our community]. Certainly, I am not in a position to make such a decision. Our spiritual council is in charge of this process at a local level. Of course, this does not mean that all Yazidis should do the same but I would like it if all Yazidis think that when we reject the followers of the Yazidi religion so easily, we are losing very, very much.”

New home in the South Caucasus

The Yazidis have been living in Georgia and Armenia for several centuries already. Yazidi temples and sanctuaries were built in the Georgian capital of Tbilisi and some other Armenian villages. Young people speak their new homeland’s language as well as their ancestral one, but many are dreaming to go back to where their grandfathers lived – in Iraq, close to the city-temple Lalish, the holiest temple in the Yazidi faith.  The Yazidis believe that Lalish was the very garden where Adam and Eve lived.

“When all these things are finally over in the Middle East – the war, the genocide, I would like to go there,” confessed Vazir Avdolyan, a teacher of mathematics in the Yazidi village of Alagyaz, approximately a hundred kilometers away from Yerevan, “and if I do not make it back to my ancestral land, I wish that my children were able to go there.”

But so far, even those who do not have another home – refugees who had fled their homes as the ISIL army advanced – are not in a hurry to return. Nauri Alale, who was once studying Informatics at the Muslim University, now lives in Tbilisi where he found new shelter shortly after the Jihadists took over Mosul.

The life of a refugee is not an easy one.  Nuri has no work and accordingly, no earnings. He lives in an apartment, which is rented by his compatriots in the Georgian capital. However, this is better than back home, he says. Nuri comes from Sinjar – the Yazidi capital, a city where the Yazidis make up the majority of the population. Rather, it was so in the past, as even after the liberation of Sinjar from ISIL, the situation remains extremely tense and tightened as the Kurdish peshmerga fighters – drawn from various parts of Iraq – quite possibly exceeds the number of local people.

“Jihadists say that there is no place for the Yazidis in our own country. But the relations with the Kurdistan authorities are not easy either. My hometown Sinjar has already been liberated, but the Yazidis are allowed to enter very reluctantly,” says Nuri. Various groups are fighting to take control over it and no one makes a single effort to restore the war-torn city. That’s why I’m staying in Georgia for the time being.”