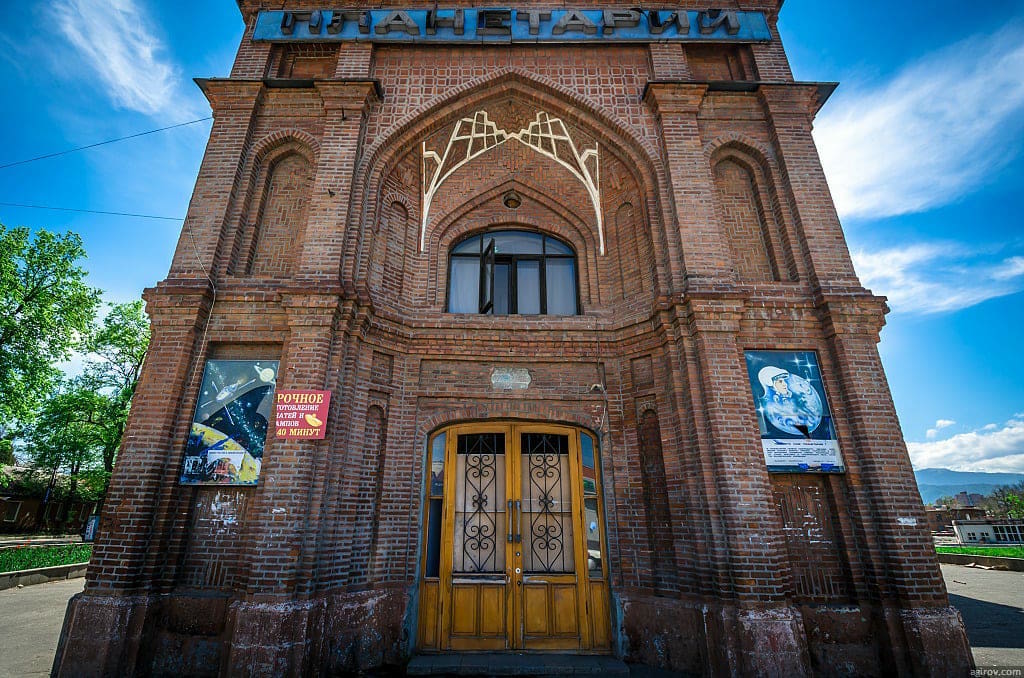 A dispute concerning a historic mosque in Vladikavkaz has mobilised local society. A decision has already been made concerning its fate: as was done in Soviet times with religious institutions, the building will be converted into a planetarium. But this has only fueled the flames of the conflict.

A complex history and context

The mosque was built in the second half of the 19th century by local Shi’a Muslims.

At the time the majority of the Muslim community in Vladikavkaz was made up of Iranian and Azerbaijani Shiites who relocated from the Transcaucasian krai (Rus. region, district), which now comprises all of the South Caucasus. They came from the governorates of Elizavetpol, Baku, Erivan (Yerevan) and Tiflis (Tbilisi). The first imam of the mosque was a Russian subject from the governorate of Elizavetpol, Haji Mullah Ismail Hasan oglu.

A crescent moon was raised above the green domes of the Shi’a or, as others name it, the Persian mosque, before the beginning of the 20th century. However, when the Soviets came to power, they shut down the mosque, took down the crescent moon and in 1963 they converted it to a planetarium. It was well-equipped and became a popular destination and city attraction.

The collapse of the Soviet Union in the early 1990s and the wars and chaos that accompanied it shut down the planetarium. Until recently the beautiful building was mostly abandoned and had fallen into disrepair. 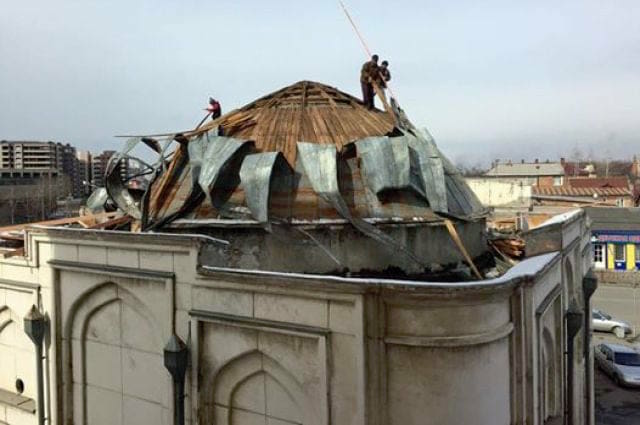 Some time ago, the authorities set themselves the task of  deciding its fate: and that’s when the mosque became the subject of an argument between the two local Muslim communities.

The North Caucasus is largely inhabited by Muslims, of whom Sunnis make up the majority.

The Sunnis have a mosque in Vladikavkaz, called either the ‘Sobornaya’ or Sunni mosque. It doesn’t have enough space to accommodate all the worshipers, however, and during Friday prayers hundreds are left on the streets. Local Sunnis see a solution to the problem in obtaining the right to use the Shi’a mosque as well.

There aren’t many Shi’ites in North Ossetia, only several hundred people, and they do not have much influence in the region. However, it is well-documented that the so-called ‘Persian’ mosque was built with the donations of the local Shi’a community, and the Shi’ites are categorically against the idea of giving the mosque to the Sunni community.

They are supported by Iran, with whom North Ossetia is actively pursuing relations. In February, an Iranian-Ossetian cultural center called Iran-Iriston was opened.

In this precarious situation, the authorities of the republic decided upon a Solomon-esque approach: neither the Shi’ites nor the Sunnis will receive the mosque, and a planetarium will be opened on the premises instead. 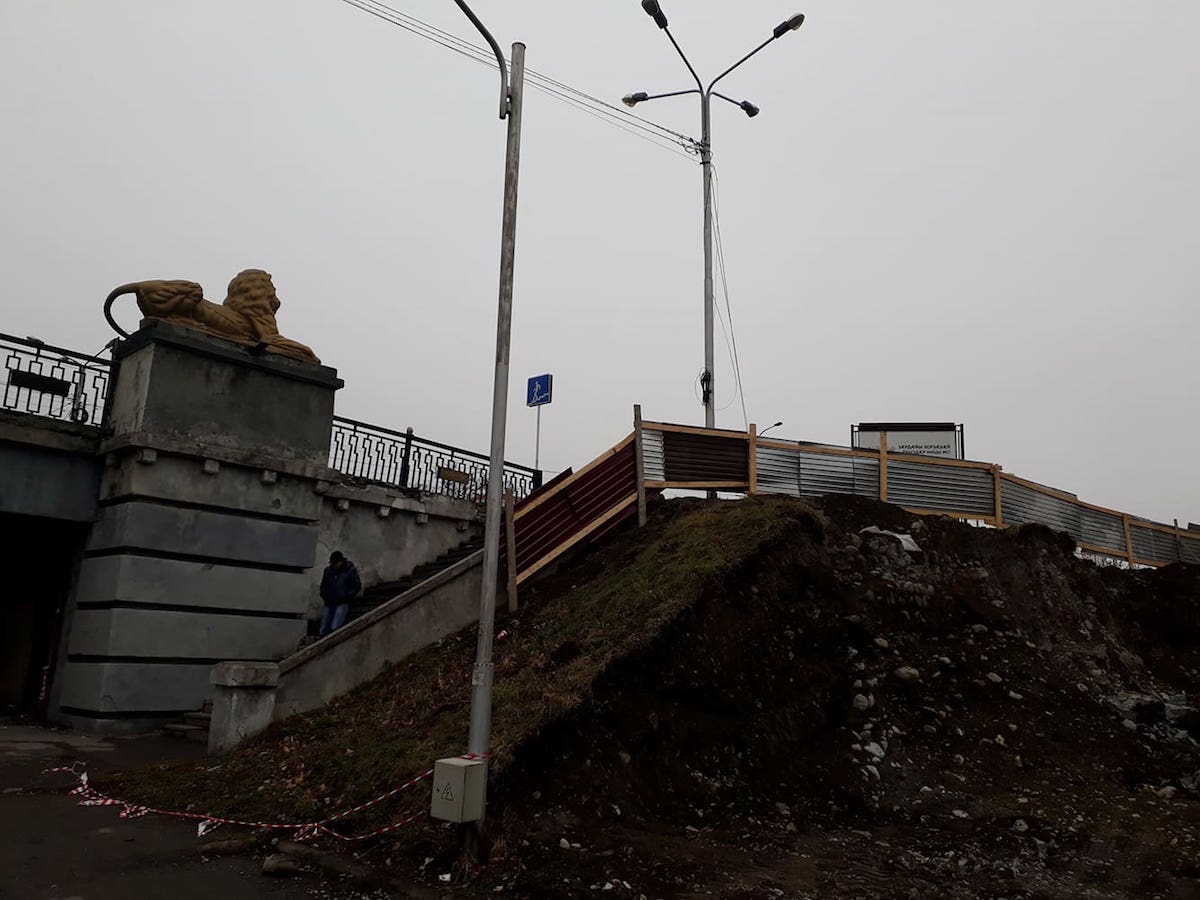 he building, which has surprisingly maintained its beauty, stands on the shores of the river Terek, and behind it one can see the summits of the Greater Caucasus mountain range.

It is mostly built from red brick, and the foundation is built from local stone. The mosque used to boast a plastered exterior and was lightly painted. Over the main part stands a tent-like dome made from sheet-metal. The main entrance is decorated with an artistic brick installation with writing in Arabic. The top of the doorway is inscribed with the first surah of the Quran, ‘Al-Fatiha’ (The Opening). 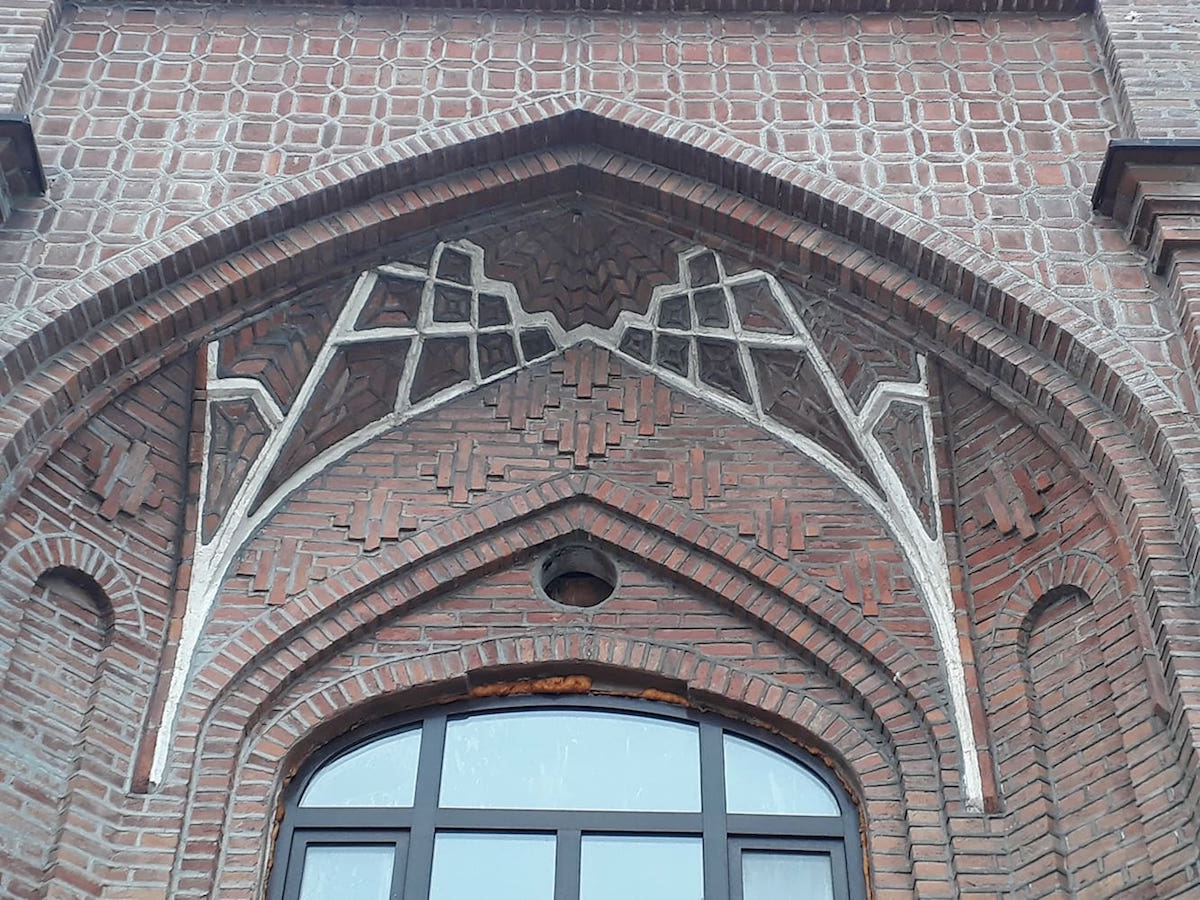 The manager of the rehabilitation project, Vasif’i Tadtayev, told JAMnews that the building has been fenced off and the leaking walls and domes have been sealed. The restoration work is personally overseen by the head of North Ossetia.

Restorers are now working to restore the original appearance of the walls of the mosque, which during the Soviet period were covered with a thick layer of plaster, he said.

However, the builders are being strongly criticized for their harsh treatment of the historical monument. Recently, social media users began discussing a video which showed how builders were ripping off a hardened layer of plaster from off the walls and simultaneously harming the brick facade underneath it.

Society as a whole, in both its Shi’a and Sunni segments, approves the decision of the authorities to create a planetarium inside the mosque, calling it a ‘wise approach’ to the problem. In an informal vote online, the idea of creating a planetarium was supported by 53 per cent of those who voted, while only 33.5 per cent voted to restore the mosque as a religious center.

But the topic has given rise to new interest to religious issues in the context of North Ossetia. Here are some reflective comments:

“The decision of the authorities to install a planetarium in a former Muslim mosque is a symbol of the epoch of militant atheism.”

“We need to find balance in all things. I think the mosque should host the Russian-Iranian friendship center, which they have inconveniently housed in the building of the scientific library.”

“I completely support the position of the republican authorities in regards to the planetarium. It should remain a planetarium, and not become a mosque.”

“The building isn’t fit to be a planetarium, this is a fact. And it’s also not quite appropriate to be a mosque these days either: there’s a growing, lively [religious] movement and the building is rather small. If an Iranian cultural center were built there or a museum of Islamic history in Ossetia, that would be another question. It’s not a small portion of Ossetians that practice Islam.”

“Giving the Shi’a mosque to Sunnis is the epitome of idiocy and is fraught with problems and potentially offending many. For that reason, it should be a planetarium.”

“There will be another building built there – otherwise why would they start working on this planetarium? The situation is the same with the emergency tramway bridge. They closed it, they spoke loudly about restoring it and then they quietly built a very nice cafe with a veranda, and then opened it again. And the bridge continues to be a threat and liability.” 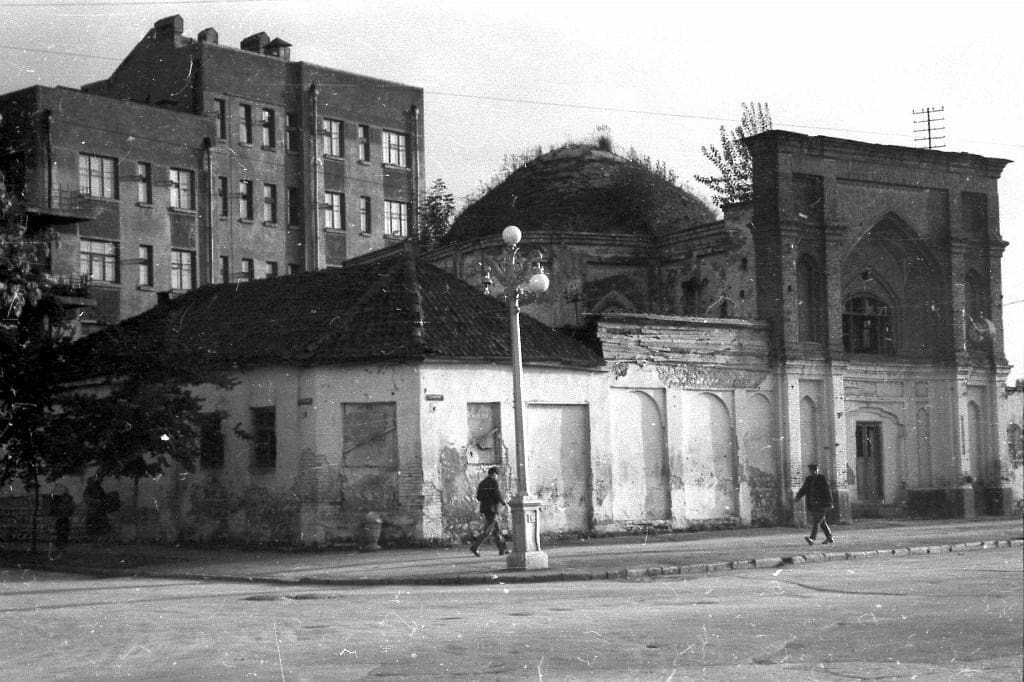