Based on an article from Novaya Gazeta

Unexpected events have occurred in the conflict zone in Ukraine. One of the two self-proclaimed republics at the center of the war, the Lugansk People`s Republic (LNR) has experienced a coup. It was staged by local law enforcement officials with the assistance of their colleagues from the neighboring Donetsk People`s Republic. 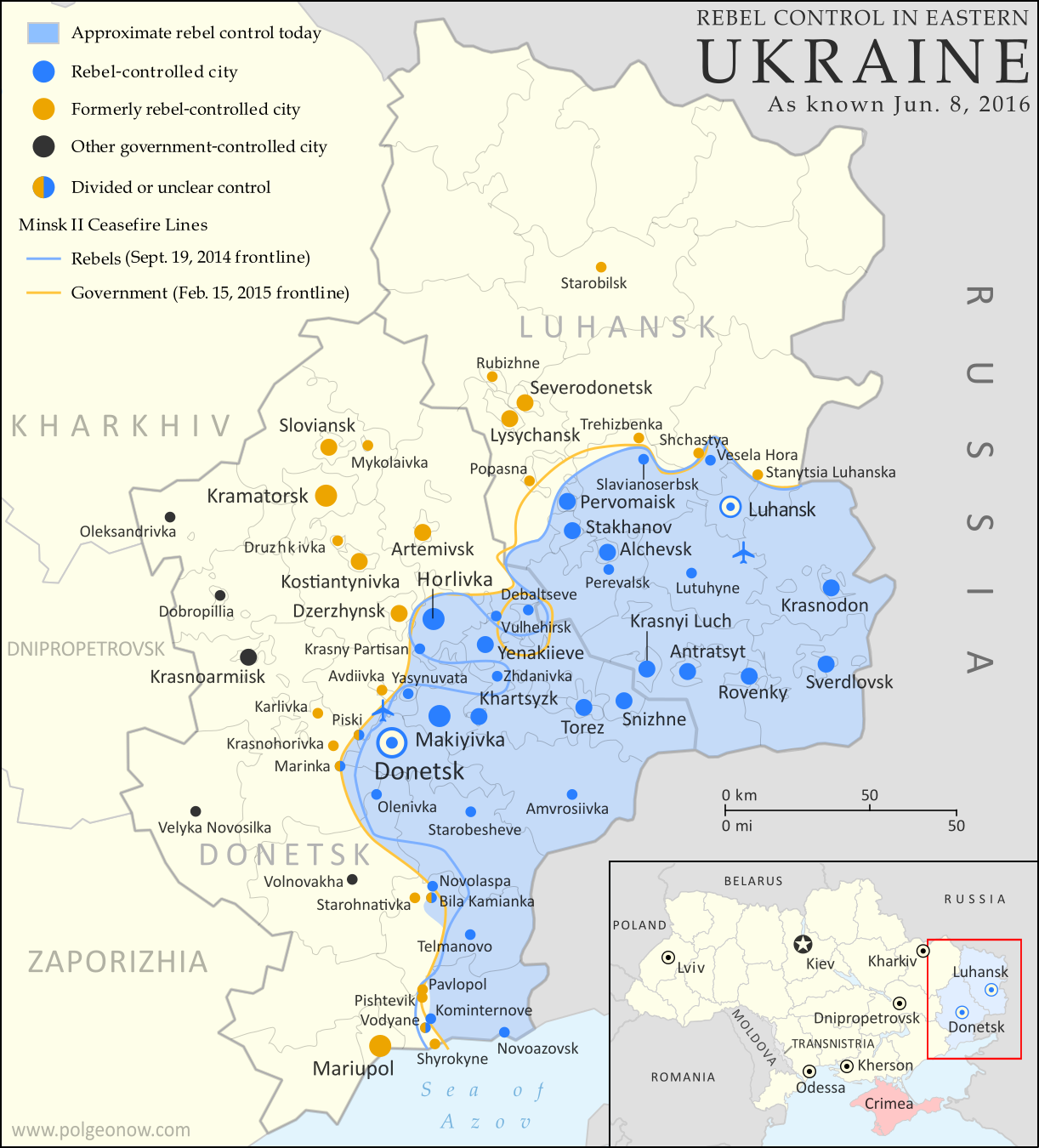 LNR leader Igor Plotnitsky`s long-lasting conflict with law enforcement bodies has taken a dramatic turn as Plotnitsky and his supporters had to flee. Arrests are being made in the LNR which is now controlled by the winners.

The LNR and DNR are the two separatist regions in the south eastern Ukraine secretly supported by Russia. Most experts believe the coup which was supported by the law enforcement of a neighboring republic was logical. It might be an attempt to unify the separatists and those loyal to Moscow republics and establish tighter control over them. But the timing was wrong, experts say.

The Minsk agreements are the only international mechanism to settle the conflict in Ukraine. They were signed in Minsk in 2014 and 2015 by the OSCE Minsk Group, Ukraine, Russia and leaders of the self-proclaimed DNR and LNR.

The situation has now become unclear. The LNR has not been recognized by anyone including Russia, which makes Igor Plotnitsky the only guarantor of the Minsk agreements implementation by the LNR.

Now that Plotnitsky has fled, the fate of the agreements is unclear. There are three possible scenarios Novaya Gazeta reports:

1. Plotnitsky comes back and regains control over the law enforcement bodies;

2. Plotnitsky is substituted by someone from the Lugansk ‘elite’, leaving the existing power structure intact;

3. The DNR and LNR create one self-proclaimed state.

None of the scenarios helps to implement the Minsk agreements, the third one making them invalid.

Moscow has not commented on the situation. The only reaction from Ukraine was President Poroshenko`s statement: “The Ukrainian army is ready for any turn of events in order to safeguard the security of the civilians.”