Turkey between Erdogan and Gulen

JAMnews, based on The New York Times 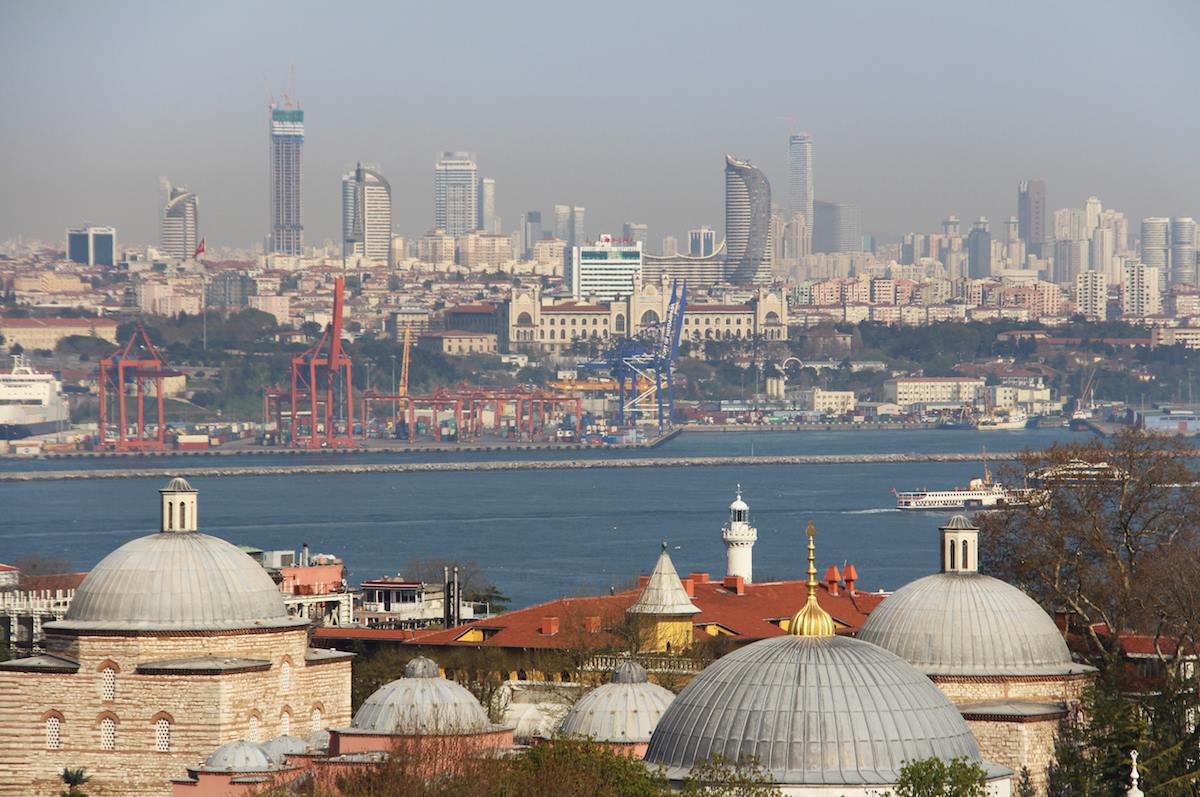 Akin Ipek, one of Turkey’s richest men, was staying in the Park Tower Hotel in London when the police raided his television network in Istanbul. The raid was national news, so Mr. Ipek opened his laptop and watched the unnerving spectacle: an attack on his multi billion-dollar empire, in real time.

“I was shocked and angry,” Mr. Ipek said in a recent interview with the New York Times in London. “But I thought they would leave after a couple of days. There was no reason to stay.”

However, the government never left; this was the start of a personal cataclysm for Mr. Ipek. His station, Bugun TV, was taken off the air a few hours following a phone call on 28 October 2015. His entire conglomerate of 22 companies, Koza Ipek, is now owned and operated by the state.

The episode proved to be a dry run for a nationwide series of confiscations that began soon after an attempt to overthrow the government of President Erdogan on 15 July last year. Since then, more than 950 companies have been expropriated, all of them purportedly linked to Fethullah Gulen, the Muslim cleric who Turkish leaders say masterminded the coup attempt.

About USD 11 billion worth of corporate assets — from small baklava chains to large publicly traded conglomerates — have been seized by the government, a systematic taking with few precedents in modern economic history. Several thousand disposed executives have fled overseas to cities as far-flung as Nashville and Helsinki. The less fortunate were imprisoned as part of a mass incarceration campaign that has included purged members of the military, judiciary, police and news media, adding 50 000 new prisoners.

Turkey was once considered one of the world’s  great emerging markets, with years of torrid growth and an Islamic government that embraced democracy. Tourism boomed and hundreds of malls popped up across the country. Starbucks arrived in 2003 and has since opened hundreds of stores.

But politics and finances are deeply entwined in Turkey, and fallout from the coup attempt has damaged the economy.

The Turkish lira is crumbling and foreign investment has dropped by half compared to last year. All three of the major rating agencies have downgraded the government’s debt to junk status, citing among other factors the bludgeoning approach to companies suspected of having ties to the Gulen movement.

Mr. Ipek stands accused of being part of a treasonous deep state run by Mr. Gulen, a reclusive 76-year-old who fled Turkey in 1999 and now lives in the Poconos of Pennsylvania. 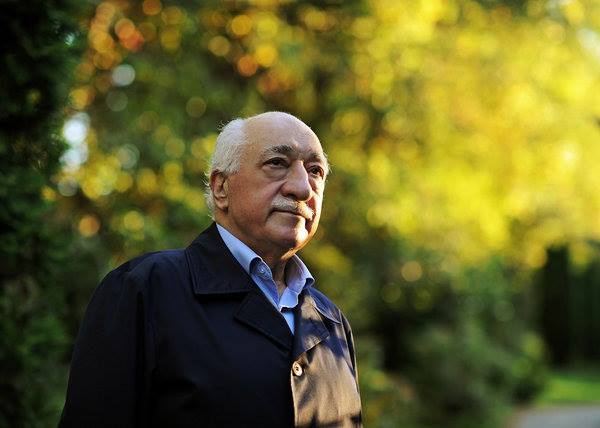 For decades, Mr. Gulen has preached a theology rooted in Islam and focused on peace, science and democracy. The movement he leads is called Hizmet (‘Service’ in English) and is best known outside of Turkey for building schools across the country and the rest of the world, including 120 schools in the United States. Delegations of American politicians have flown to Turkey on trips paid for by Hizmet.

To Mr. Gulen’s detractors, his good works have all been a cunning charade, propaganda camouflaging a vast moneymaking enterprise that sought to overthrow the government. He and his followers indoctrinated youngsters at Hizmet schools in Turkey, then encouraged them to find positions in the government – particularly the justice system – as police officers, prosecutors and judges.

For allies in the corporate realm, Gulenists in the government provided invaluable aid. Licenses were approved, permits issued and rivals thwarted. Entrepreneurs in Mr. Gulen’s favor knew that the levers of the state could make them wealthy, and one of his most successful protégés, if the Turkish government is correct, was Mr. Ipek.

Now settled in London, Mr. Ipek spends his days trying to clear his name and somehow reclaim his life. No, he says, he is not a financial backer of Mr. Gulen or a beneficiary of favors from his followers. And no, he says, he didn’t flee Turkey with billions of dollars, as the government claims. He says his current net worth is less than USD 10 million.

“I have not committed one single crime in my life, not even a traffic violation,” he fumed, during hours of interviews.

It isn’t easy to sort fact from fiction in the government’s case, and parts of Mr. Ipek’s account of his own life sound nearly as far-fetched. Truth is a slippery, elusive concept in today’s Turkey, a place where the definitions of basic words, like ‘ally’ and ‘traitor’ keep changing.

It is actually more of a story about Mr. Ipek’s father.

In less than 15 years, Mr. Ipek senior had gone from a greeting card wholesaler to a billionaire tapped for favors by the country’s most powerful leader. It was a dizzyingly fast ride, one he says was engineered by a ‘100 percent self-made man’.

But there is another version of Mr. Ipek’s life, a counter-narrative from people who knew him or followed his career. It starts with irony: Mr. Ipek’s ascent was made possible by the 2003 election to the prime ministership of the man who would become his nemesis, Mr. Erdogan.

Until then, Turkey had for decades been controlled by a secular elite backed by the military, collectively known as Kemalists. Suddenly, a conservative Muslim was the prime minister, and he badly needed to replace Kemalists with bureaucrats, judges and police officers loyal to the new administration

Mr. Erdogan struck an alliance with Mr. Gulen – then regarded not as a rival but as a conservative Muslim with highly educated acolytes. Gulenists slowly began to take jobs in the government. In effect, a new deep state replaced the old one.

Businessmen in the good graces of the Erdogan-Gulen entente were marked for greatness. Turkey was entering its expansionary era, and those with the right connections prospered. Mr. Ipek appears to have been one of the period’s biggest winners, starting with the 2005 purchase of the Ovacik gold mine.

The alliance between Erdogan and Gulen did not last long. In 2007 the latter chose to flee Turkey.

Being associated with Mr. Gulen eventually became a toxic liability. By 2009, Mr. Erdogan began to suspect that Mr. Gulen wanted to return and run the country.

It was soon clear that businessmen had to choose a side. One school of thought has it that when hostilities began, Mr. Ipek’s fortunes were too interlaced with Mr. Gulen’s for him to break free.

Mr. Ipek must have realized that his future in Turkey was not secure. In late 2014, he began the process of relocating to London, forming a holding company called Ipek Investments which would control all of his assets. 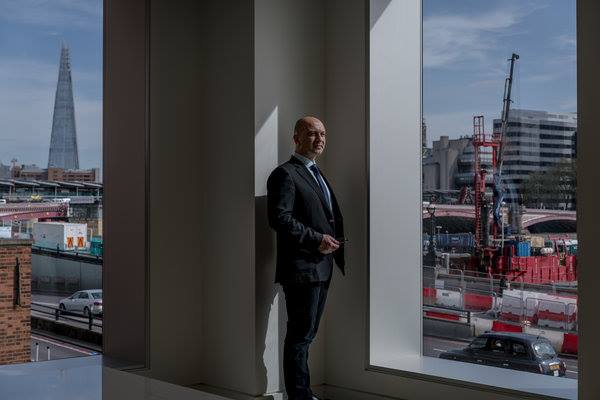 Many inside and outside Turkey believe that Mr. Erdogan has exploited the failed coup as a pretext to expand his power, tossing people in prison or firing them from jobs for sins as minor as keeping money in a Gulen-connected bank.

More than 130 000 people have been suspended or dismissed in the past year, and dozens of hospitals have been closed, along with 1 200 schools and 15 universities.

Georgia: thousands of voters will not be able to vote due to coronavirus

Georgia: thousands of voters will not be able to vote due to coronavirus