“I am so angry I can't breathe.” Georgia: stories of people injured at work

According to data from the Georgian Public Defender Council more than 270 people have died in Georgia over the past five years due to violations of work space safety norms and regulations.

The Solidarity Network says that from 2011 to 2017 over 1 209 people either died or were injured.The Georgian Trade Union Confederation says that in 2017 around 41 people died and 66 were injured.

Establishing a labour inspection force is one of Georgia’s obligations as part of its association agreement with the European Union.

The authorities do not reject the necessity of amending the country’s labour legislation, but the process has become drawn out for various reasons. A bill to amend labour rights and safety violations was put forward in parliament for examination on 1 June 2017. The document was in response to a mining accident that took place on 9 May 2017, when a lift dropped over 400 meters down a mineshaft in the city of Tkibuli.

Supporters of a stricter legislation believe that the bill presented by the authorities is more beneficial to employers and does not even meet the minimum standards for worker safety.

Opponents of making the labour law even stricter say that an inspection force would only be a formality and would not change anything. The only solution, they say, is to develop the economy which will lead to the provision of normal working conditions.

JAMnews spoke to several people who had been injured at work. Their stories are startlingly similar. 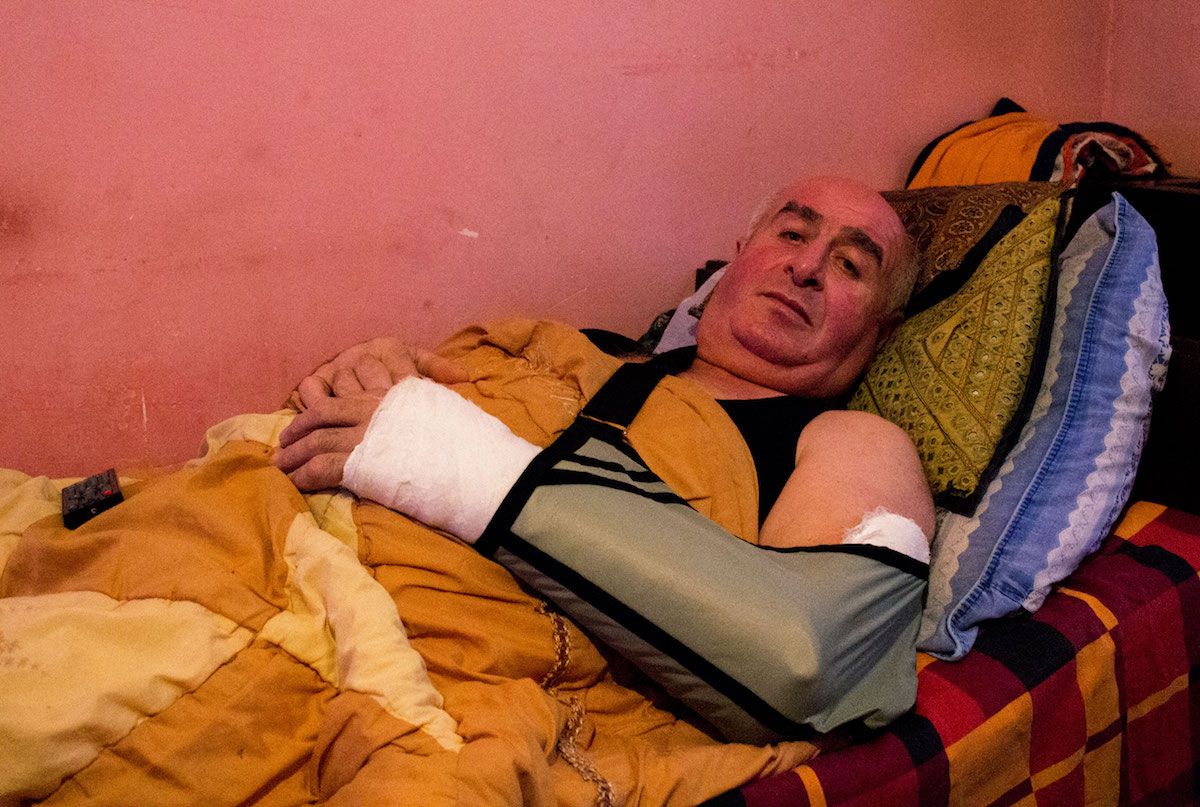 “On 22 January they were supposed to dismantle the scaffolding. According to the rules, in such a situation they first have to do a controlled explosion, and all the workers have to leave the tunnel. Workers can return to work only after forty five minutes and can begin taking out the rubble and garbage. But they never work by the rules. They warned us about the explosion, we moved off to the side, to a place that we thought would be safe, placed our hands over our ears and opened our mouths – this is necessary because during an explosion there is terrible pressure in the air. Immediately after the explosion we returned to what we had been doing before. And then, totally unexpected, another explosion, and a part of the tunnel came tumbling down. Three of us workers ended up under the rubble. Only my left arm stuck out from beneath the rubble. I was screaming in pain. Other workers came running after they heard me. Ten minutes later they pulled us out. I had a broken arm, six broken ribs, chest injuries, a concussion and an open wound on my shoulder. Those other two boys received spinal injuries – it was a miracle that they survived.

“I had received injuries before this, but nothing as bad. Only in the beginning of August was I able to return to work. Before this I worked in farming in the village. It was difficult to work on the railroad because the working conditions were very bad. Whether it was raining, snowing, cold or muddy, it didn’t matter, we still had to work.

“I remember once I injured my foot after dropping a heavy metal object onto it. In the Khashuri hospital they gave me a document attesting to my inability to work for nine days, and they didn’t even want to pay me for that time! They stretched out the time – they said they’d pay me in a month. I needed money for medicine. The injury wasn’t very grave but it was difficult to work. After nine days, I returned to work. The conditions were difficult – there was no ventilation, little light, and high-voltage cables were lying about in mud which was so thick we could barely move about. We had to get to the scaffolding with the help of a tractor, otherwise it wouldn’t have been possible. After the explosion, there should have been an inspection of the area, but nobody does it. One guy barely got away in time – he went for a quick smoke. If he had stayed inside, he would have died … there’s no way he would have survived.

“Now I’m receiving treatment in Tbilisi. The doctors don’t even let me go back to the village because they say I couldn’t get help in time if I needed it. I have to pay for an apartment in Tbilisi. I was in the hospital for ten days. Insurance covered the operation and recovery period. Another four days in the hospital was paid for by the ’23rd section of the Chinese Railway’.

“They paid us 25 lari a day. Everyday I worked hard to provide for my family. My son worked with me for a month and a half – and then I made him leave because I feared for his life. That’s how bad the conditions are at work. And now, the spitefulness [of the company] is just killing me. They should all be imprisoned. I’ll see what they do, whether they’ll help me or not. I am ready to have my rights recognised by Strasbourg [ECtHR] if I have to. I will not let my employers get away with anything.”

“A piece of the tunnel came crashing down – I just barely got the tractor out. A few minutes before the collapse we had fortunately exited the tunnel – we survived by a thread. The collapse took place because the pipes hadn’t been properly installed. We complained to the administrators and told them we couldn’t work in such conditions. And we were supported by other workers. They refused to go into the tunnel and demanded that fortifications be completed. They heard us out but they didn’t do anything about it. I quit – I’m not suicidal at the end of the day. Others remained: there’s high unemployment in Georgia, what should they have done? Things are difficult across the country, and things in Kharagauli are even worse.”

“On 29 July 2017, we were fortifying the seventh tunnel when I got injured. There was a planned demolition, and then the tractor went inside the tunnel, took out the debris and we followed inside. We were doing our usual work, but then a part of the tunnel collapsed. I fell from the scaffolding and was covered by rocks. I was deafened in one ear, my spine was injured, and I received a head injury too. I can’t work, I can’t carry or lift heavy things.”

“Insurance paid for my hospital admission, but I still need treatment up until this day. As compensation I got about 20 000 lari from my employer. I started working on tunnel construction in December 2016. The salary was about 600 lari a month; they would call us and we’d have to get to work within about an hour’s time. My son worked with me. The whole village worked there.” 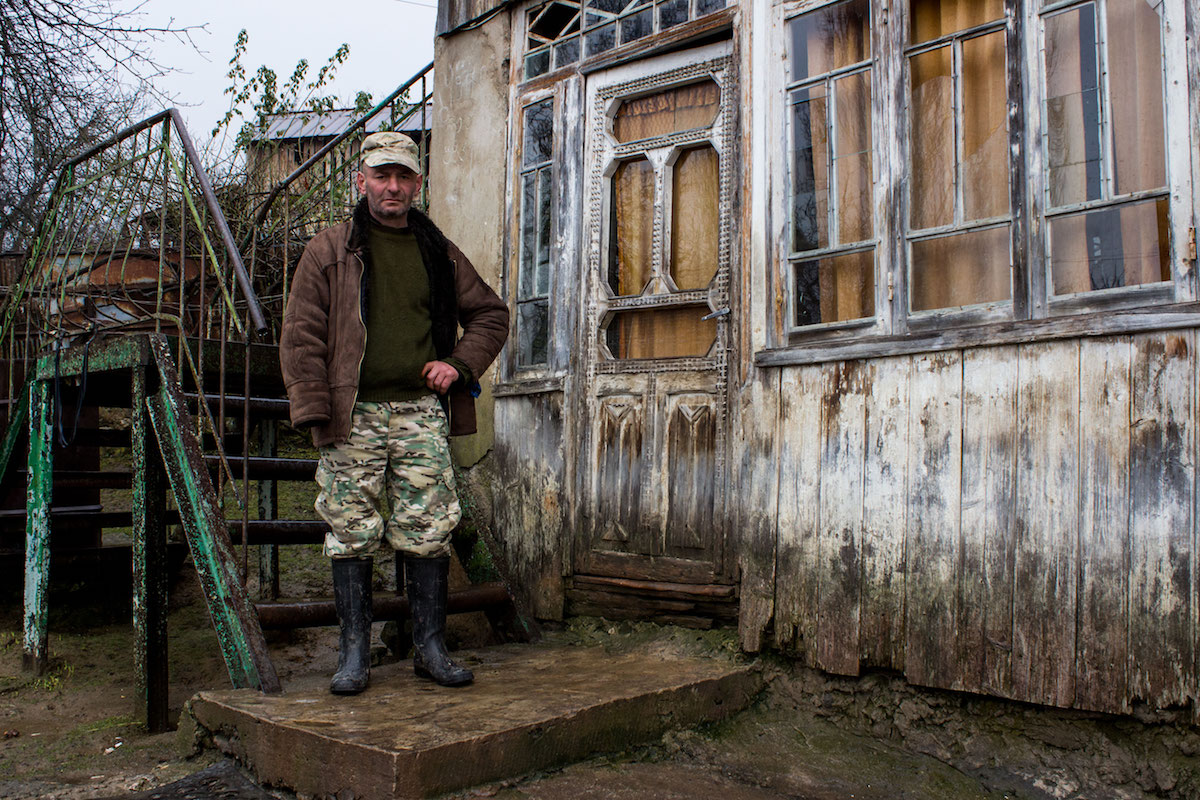 “This is how it happened on 18 May 2013: the capsule in my hands exploded, and took my hand with it. The operation was paid for … my friends and fellow miners helped as they could. The unions put forward another 300 lari. I didn’t receive anything from the state. Nobody said what I had a right to, what I could claim. And so I, a father of four children, became disabled and now receive 100 lari and my family receives another 270 lari as aid for the socially vulnerable. That is our entire income: 370 lari.”

Armen and his 'Aqua World' in Stepanakert

He saw her at the spring and fell in love: The love story of my grandparents. Video