The South Caucasus: dangers and threats

The issues related to the security of both, Armenia and the region, in general, have been actively discussed in Armenia following a four-day war, waged on the Karabakh-Azerbaijan contact line in April this year.

Volunteers continuously depart to the front line and many among them are the brothers and the fathers of those, serving on the border. The spirit of unity has re-emerged in the society; the residents of Armenia have calmed down to a certain degree – the border is secure.

However, the security issue also includes a political component. The analysts have been recently expressing their opinions on the reasons that led to a new stage of escalation of the Karabakh conflict, making forecasts about the expected changes in the region and assessing the policy that is prompting its influence in the countries’ region.

After the collapse of the Soviet Union, the region has become a military arena for a number of conflicts – in Nagorno-Karabakh, Abkhazia and South Ossetia. Having compared the Caucasus with a wonderful mosaic that is based on different peoples and diverse cultures, Hovsep Khurshudyan, a political analyst, said, ‘None of them can be forced to leave the region they wants to live in; the Caucasus should decide its own fate, but a new approach with regards to how the region should be divided up in the future is necessary:’

‘The present-day values of our societies do not provide the foundation on which coexistence can be built. If the territories are more valuable than people, then there are no grounds for peaceful cohabitation.’

Armenian experts point out that the dividing lines between the Caucasus states are the result of the policies of the major external players. Each of them pursues their own interests here, and the Karabakh conflict has a direct impact on regional stability. ‘To understand how deep and substantial this link is, one should just look at the history of the Russian-Turkish-Iranian relations with the countries of the South Caucasus, where ethnic and religious beliefs were used as levers of influence.

Disruption of the geopolitical balance in the South Caucasus will result in a disbalance of power between Russia, Iran and Turkey. That could lead to a large-scale regional conflict,’- says Stepan Danielyan, the Head of the Cooperation for Democracy Center.

As Hovsep Khurshudyan noted, the Nagorno-Karabakh problem has almost a century-old history: it was placed as a mine in the foundation of the USSR by Joseph Stalin, who separated the Armenian-populated Artsakh from Armenia and integrated it into Azerbaijan.

‘Artsakh has never been a part of independent Azerbaijan. That’s a given. Having withdrawn from the USSR, Azerbaijan, which gained independence separate from Nagorno-Karabakh, waged a war against Artsakh on the first days of its existence, showing its intention not only to maintain it by force, but also to destroy it, or at the very least, to drive out the Armenian population from the region. It’s impossible to form a new safe environment in the region without recognizing these facts. According to Armenian experts’ assessment, the superpowers’ positions, i.e. a collision of their interests and differences of opinions, do not allow any positive breakthroughs in the conflict resolution process to occur.

According to Stepan Danielyan, the solution to Artsakh problem lies beyond Artsakh:

‘Let me make a rough comparison: the Franco-German conflict over Alsace and Lorraine had a bloody history. Even Bismarck predicted this after he had conquered that territory. Following this, the relationship between France and Germany gave them grounds set up the European Union. These new relationships laid the foundation for a new way of thinking.

Much the same could be said about the Artsakh conflict. I think this conflict will not be resolved until the region finds a solution which includes universal cohabitation. A mutual distrust, to say the least, leaves no room for resolution. The appropriate atmosphere for this resolution is not being created in the region. Moreover, the number of conflicts is gradually increasing in the Middle East and they’re not just limited to that area. Such developments give one no reason for optimism.’ The population of the region needs to be wary of the conflict of interests of the ‘key stakeholders,’ since there are certain countries that could take advantage of the escalation of the Karabakh conflict in order to strengthen their positions and expand their influence in the region.

Hovsep Khurshudyan highlights, ‘These countries are Russia and Turkey. Both need a new conflict in the region to distract the world community’s attention from the destruction they are causing in the region, in Donbass and Syria, respectively:

‘Both countries are trying to weaken Armenia as much as possible. One views it as a rival because of all the Armenian Genocide victims, whereas the other intends to make Armenia more dependent on it, since 2009-2013 proved that the Armenian community is ready for to integrate itself more in the European community and the develop relations with NATO, viewed by Russia as a threat because it may lose its only military base in the region.’ Experts claims that Russia prefers a moderate and controlled escalation of the conflict, since otherwise there may be some unintended consequences, starting with a more wide-scale and uncontrolled involvement of ISIS militants in the fight against Artsakh and, subsequently, against the North Caucasus, including such tectonic changes in the power configuration of the region, the result of which Russia could be driven out of Armenia.

However, according to Vagharshak Harutyunyan, Armenian ex-Defence Minister, the Russia’s role in the region is a guarantee of peace. Russia no longer needs any conflicts:

‘1994. Conflicts: Abkhazia, Ossetia, Karabakh. Who restored peace in those territories? Russia. I participated in those negotiations in 1994, and I can tell you in detail what happened there. These conflicts are not initiated based on Russia’s interests. It has certain interests here, and it will stay in the region and continue fighting. However, pacifism is more advantageous to it, as only in such a case will it be able to increase its influence.’

In Harutyunyan’s opinion, the existence of conflicts is beneficial for the countries that want to drive Russia out of the region. ‘Who needed the conflicts in Abkhazia and South Ossetia? During that time period, Armenia and the entire South Caucasus were cut off from Russia; there was no infrastructure, no economic ties and it was impossible to ensure contact with Russia. That situation made Armenia and its economy turn towards Turkey. And the longer the conflicts in the South Caucasus, the more Armenia, Azerbaijan and Georgia became separated from Russia, directing their eyes to the south.’

Turkey is the only country that openly supported Azerbaijan during the April war and that continues to do so up until now. At the same time, it is using the Karabakh conflict to increase its influence in the South Caucasus. Thus, Turkey is demonstrating its muscles to Russia, especially after the latter’s fiasco in the Middle East, particularly in Syria.

‘History proves that Turkey has interests in any anti-Russian community, and it tries to be an indirect participant in these conflicts. Just recall the Chechen conflict in Russia soon after the collapse of the Soviet Union, during which Turkey supported the militants.

Turkey seeks to increase its influence in the region, and for Azerbaijan Russian influence is paramount. By means of this provocation, Turkey is trying to establish influence on the Azerbaijani community and politics, ‘- says Andranik Ispiryan, an expert in Turkish studies. Experts believe that Armenian-Georgian relations are important in terms of maintaining stability and security in the region, despite the fact that Georgia is in the center of the economic and political triangle with Azerbaijan and Turkey.

‘No matter what happened, be it the four-day war in Nagorno-Karabakh or the five-day war between Russia and Georgia, Armenia and Georgia should consolidate and make efforts to prevent the appearance of another dividing line between these countries. And if Armenia has a Euro-Atlantic perspective, it can be realized only with the help of Georgia,’- says Tatul Hakobyan, an expert on the Caucasus conflicts. 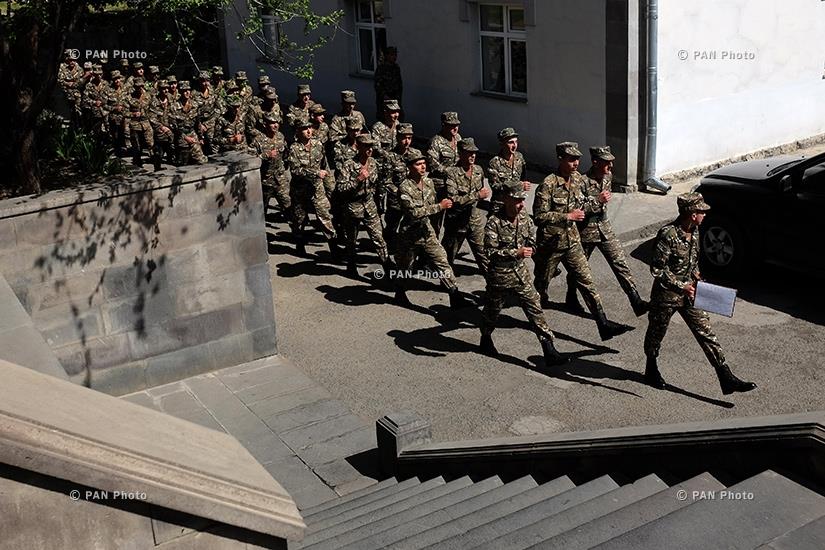 Problems in the Caucasus as a whole are not dwindling in number, and they all need to be addressed. These issues can be better seen from the outside. Thomas de Waal, the British expert on Caucasus issues, made the following comment on the new escalation of the Karabakh conflict in the Politico magazine:

“A security vacuum has opened up around Karabakh. It will only be filled by serious peace talks – or by more fighting.

It’s no exaggeration to say that Armenia and Azerbaijan are just a stone’s throw away from duplicating the Bosnian conflict scenario, one that may have devastating consequences for the entire region.’

The material has been prepared as part of Go Group Media’s organized journalistic expedition.