The poisoning of the Abkhaz opposition leader – did or didn’t it happen?

The leader of the united opposition, Aslan Bzhania has been in a serious condition in a hospital in Moscow since April 19, 2019.

He has had trouble breathing and could not speak. A large dose of metals was found in his blood, in particular – mercury and aluminum, which could appear there only with the help of an external influence.

Two days after Bzhania’s hospitalization, two of his bodyguards with similar signs of the disease were taken to the same hospital, although not in such a severe condition.

The Abkhaz parliament initially agreed that Bzhania had been poisoned. Because of this incident, street protests took place in Abkhazia and, as a result, the presidential election was postponed from July 21 to August 25.

But on June 5, new information surfaced that makes this statement no longer so likely.

What is happening in Abkhazia and what does all this mean?

• Is there oil in Abkhazia? – why it’s such a controversial issue

Perhaps no one will ever know what really happened to Aslan Bzhania: whether he was poisoned on the eve of the elections or his sudden illness is the result of a combination of circumstances.

But the fact that this event will affect the outcome of the upcoming presidential elections on August 25 is a given.

On June 5, the Prosecutor General’s Office of Abkhazia acquainted MPs with the materials of the pre-investigation check organized after Bzhania suddenly took ill.

The conclusion is: chemical and laboratory studies and external examination of the patient showed no signs of external influence on the body.

“Poisoning with botulinum toxins, as well as with known poisonous substances, does not entail the manifestation and development of Guillain-Barré syndrome [such was the diagnosis made for Aslan Bzhania – JAMnews] and in treating this autoimmune disease, an increase in the concentration of heavy metals in the blood does not affect the development of the patient’s disease.”

Which means – Aslan Bzhania was not poisoned. 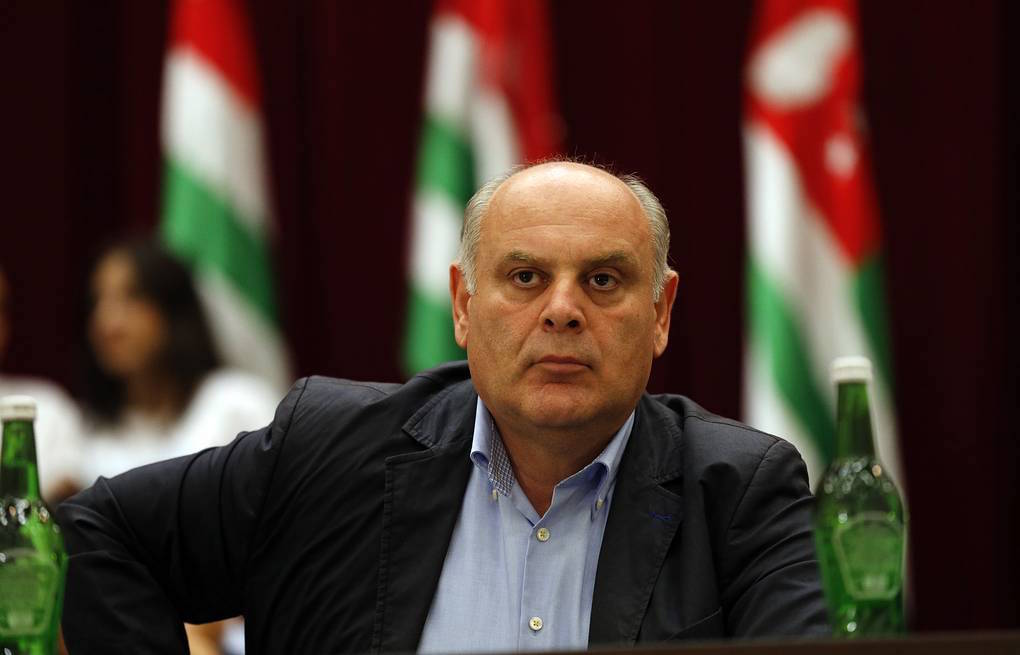 However, relatives continue to insist on the opposite, referring to the results of analyses made in a Munich laboratory.

According to the information of people close to the family, the politician has already been transported from Moscow to a clinic in Munich.

According to the Deputy Prosecutor General of Abkhazia Eshsoy Kakalia, who was involved in this matter, the investigative team has only an official certificate with the patient’s diagnosis, but they could not get the history of the disease, although this could have clarified much.

Both the Moscow clinic itself, where he was being treated, and the family of Aslan Bzhania flatly refused to provide the official hospital medical history.

The wife of the politician refused to make contact with the investigation, since, according to Eshsoy Kakalia, she does not trust either the Abkhaz or the Russian investigative bodies.

Aslan Bzhaniya himself, due to his grave condition, cannot testify.

If he was poisoned – then by whom was he poisoned?

That is, the purpose of the poisoning could be to try to remove him from the presidential race. The first suspect in this case may be the current president, Raul Khajimba.

But there are also plenty of reasons why the sudden illness of Bzhania was not beneficial for the authorities.

For example, this incident is not beneficial for President Raul Khajimba himself. Because of the constant protest demonstrations of the opposition, he has been sitting on something of a powder keg. Not only may the scandal lead to a diminished chance for his being elected president for a new term, but it may also lead to his early resignation.

Also, the fact that the authorities reacted to the opposition leader’s poisoning and began a formal investigation only a month after his hospitalization (which eventually led to protest demonstration) – suggests that Bzhania’s illness came as a surprise to the authorities.

Dissension in the camp of the opposition?

In the camp of the opposition, one can also find several people who would be interested in Bzhania’s poisoning. There was has been no unity around the candidacy of a single candidacy. This unity still doesn’t exist.

Considering that the possible poisoning occurred in Sochi, suspicions also arise about Moscow. However, the development of Abkhazia is so dependent on Russia that any Abkhaz president is a priori keenly interested in being a Kremlin-friendly politician. And Bzhania does not fall out of this category.

Another thing is that every influential Abkhaz politician has his own support group in Moscow. It is possible that these support groups, lobbying for their own interests, may secretly engage in “amateur activities”, moving away from the general line of the Kremlin.

In addition, the very method of the assassination against the background of the scandal with the poisoning of Skripal is so inconvenient for Moscow, that surely, if this situation came from there, a different method of liquidation would have been chosen.

The culprit of the incident could theoretically be any of the Western intelligence services, in whose interest it is to further discredit Russia, especially the way the assassination attempt too clearly indicates a Russian approach.

Georgia, too, could benefit from Bzhania’s poisoning: that is, to stir up anti-Russian sentiments in Abkhazia and further destabilize the internal political situation there.

But there is no real answer. And there is every chance that there will be no such answer.