The conflict to grow into a war

The discussions on, as it can be deemed, an old issue – whether it is legitimate to use the term “Georgian-South Ossetian conflict have been underway in South Ossetia.

Petr Gassiev, a South Ossetian Parliament member from the United Ossetia party, who has launched a new round of discussions, regards the word ‘conflict’, as used here, as inappropriate, since, as he claims, it was a large-scale war. He also considers the definition “Georgian-Ossetian to be incorrect.

“From the very beginning, in the 90s, it was said in South Ossetia that the term “Georgian-Ossetian conflict did not reflect the true essence of the events; it did not define who was the victim and who was the aggressor, therefore making both parties bear an equal amount of responsibility. As a result, the responsibility of Georgia, as a state, for the military aggression aimed at the elimination of the South Ossetians’ ethnic community and the Republic of South Ossetia as a whole, remains on their shoulders, says Gassiev.

Clarification was provided by Irina Gagloeva, a historian, the head of the “IR Media Center NGO, who used to be the Minister of Information and Press of South Ossetia in 2002-2009:

A special commission, comprising of historians, as well as public and political figures, is being formed in the Parliament of South Ossetia. They are the ones who should cast the final verdict: should the term “Georgian-Ossetian conflict be the one used or be replaced by a new term for the “South Ossetians’ patriotic war of 1989-2008?

If the commission decides positive, the new term will be widely applied as official terminology and in legal documents, as well as in textbooks and scientific literature.

Zita Besaeva, an MP, says that in this case, it will be necessary, for example, to change the wording in the laws on social privileges for those who fought during those years, since the “Georgian- Ossetian conflict is indicated there. The same is the case with the awards for participation in that conflict.

According to Kosta Dzugaev, South Ossetian political analyst and PhD holder, the entire diversity of Georgian-Ossetian relations starting from 1989 until present could be termed as Georgian-Ossetian conflict, but there is a lot of complexity in that term’s usage. 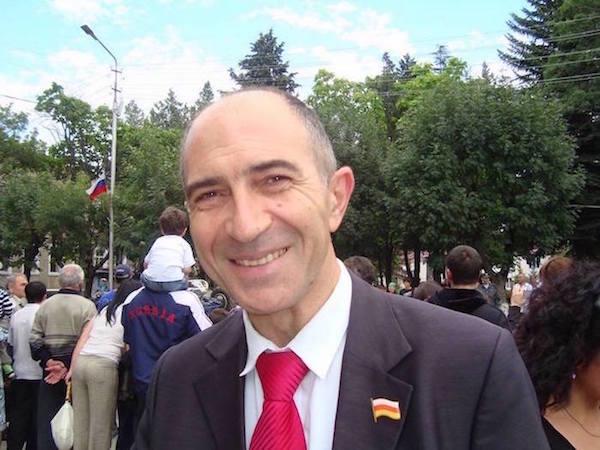 However, Kosta Dzugaev says, a particular psychological demand has been formed today in the local society to come up with another term – “the patriotic war.

“There has always been a lack of details in the public consciousness and it seems to the majority that it will be right to repeat Abkhazia’s example, where the term “patriotic war has been officially circulating for a long time. And it’s obviously correct to meet this demand.

If the new term is officially adopted, South Ossetia will need a special program and considerable assets to make relevant changes or replace already available documents, books and school textbooks.

Moreover, the UN member-states that have recognized South Ossetia – RF, Nicaragua, Venezuela, Nauru, will have to republish textbooks and rewrite some agreements.

A program of implementation of following the prospective decision, as well as the issue of funding, has not been discussed in Tskhinval yet.