After the 2008 presidential elections in Armenia, the proponents of the political alliance, led by Armenia’s first President Levon Ter-Petrosyan, gathered on Freedom Square calling for an investigation into the election results.

For ten consecutive days thousands of people refused to leave the square, taking part in round-the-clock demonstrations. They claimed that it was Levon Ter-Petrosyan rather than the incumbent President Serzh Sargsyan who actually won the election.

The protesters were forced to leave Freedom Square at dawn on 1 March. Later on 10 protesters were killed in another part of the city near a monument dedicated to Myasnikyan. 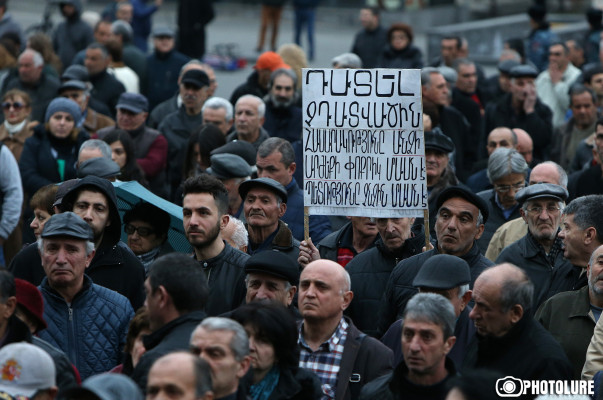 Ten years after the events human rights advocates and opposition figures reminded the public that the perpetrators responsible for killing the protesters have not been found and punished.

The Chief Prosecutor Arthur Davtyan commented on this as follows: “The 1 March case is actually a complicated one. At that time the former president of Armenia Robert Kocharyan, whose term in office expired in 2008, stated immediately after the bloody events that it was a simple case that could be solved even by an ordinary ‘neighborhood police officer’.’

The Chief Prosecutor reported that an investigation into the killing was underway. However, he didn’t specify whether the investigative agency was any closer to solving the case.

Sargis Kloyan, the father of Horus Kloyan who died on 1 March after exposure to a special chemical called Cheremukha-7, said that the last time he was invited to the Special Investigative Service (the agency investigating the case) was three years ago.

“This case is just gathering dust in their office cabinets. The prosecutors are repeatedly saying that everything would be done, but for some reason nothing has been done for the past decade. They will not judge themselves, will they? If new forces come in as a result of a change of power, I’m sure they will solve the case,” said Sargis Kloyan.

The opposition also shares the opinion that the 1 March case can only be solved after the change of power.

“The incumbent authorities who are putting on airs, pretending they are willing to find the perpetrators of the 1 March crime, are just bluffing. It’s yet another game and trick. Don’t be naive in thinking that the authorities will adopt a political document accusing themselves of the crime committed on 1 March, that they will disclose its members who were involved in and orchestrated the 1 March killings. They can postpone the resolution of the problem for a while, they can issue numerous pledges, but all that is just a bluff,” said Aram Manukyan, Vice-Chairman of the Armenian National Congress Party and a fellow team member of the first president of Armenia, Levon Ter-Petrosyan.

Artur Sakunts, Head of the Helsinki Citizens’ Assembly, Vanadzor Office, said that the developments of 1 March were the manifestation of terror at the state level.

He stressed that the authorities termed it as mass disturbances, while the government itself made use of mass violence against its people:

“The witnesses’ testimonies indicate that the government resorted to violence.”

A commemoration ceremony for the victims of 1 March 2008 was held today. Meanwhile ex-MP and human rights activist Zaruhi Postanjyan held a protest rally outside the National Security Service, demanding that the case should finally be solved and the guilty should be punished. The supporters of ex-President Levon Ter-Petrosyan rallied with the same demand. 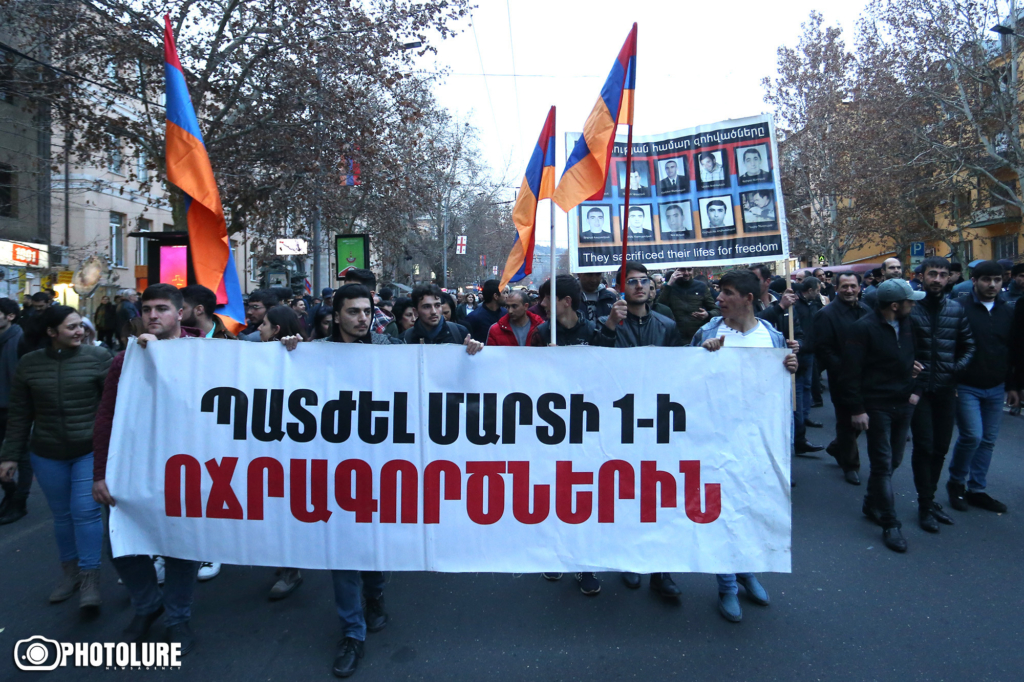