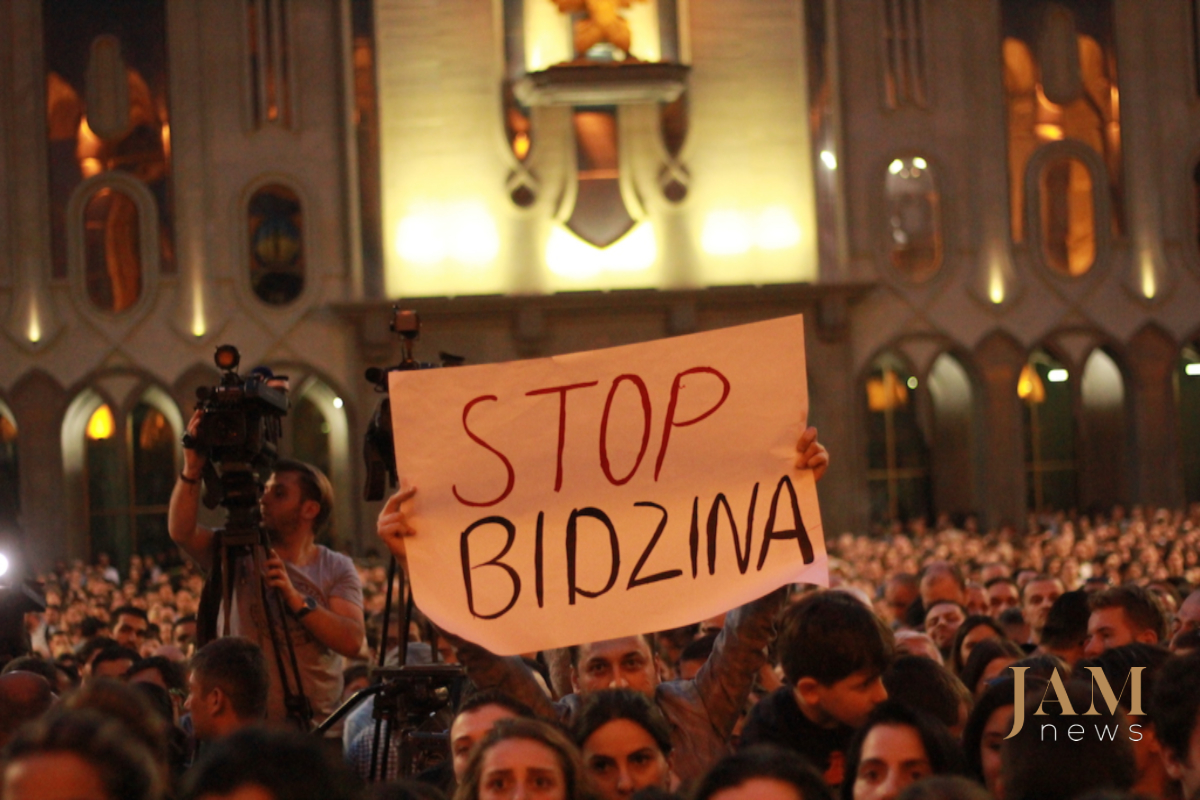 Thousands of people came out onto the streets of Tbilisi last night on 31 May and held demonstrations at the parliament building after a municipal court handed down a verdict over a high-profile case involving the murder of two teenagers in the capital’s downtown area.

It’s possible that this is the largest crisis yet faced by the ruling Georgian Dream political party which has been in power for six years.

JAMnews takes a closer look at the matter.

“The murderers of my son have not been punished! The system must be destroyed!”

On 31 May, a Tbilisi city court handed down its verdict in a high-profile murder case of two 16-year-olds, Levan Dadunashvili and David Saralidze. The two school students died from multiple knife wounds during a fight with their peers on 1 December 2017. The fight took place during the day on a busy Tbilisi street in front of the eyes of a number of witnesses.

Those accused of the crime are also two adolescents.

As for the second suspect, the court said that he was not guilty of the murder of David Saralidze and was instead only convicted of attempted murder. The court sentenced him to nine years and nine months in prison.

The Saralidze’s father said that the court’s decision has made it obvious that over the past six months, the law enforcement system of Georgia has been unable to find the killer of his 16-year-old son.

“The murderers of my son have not been punished! I ask all of Georgia to support me! The system must be destroyed,” he said, while emotionally addressing journalists after the court handed down its verdict.

Saralidze’s main contentions are not with the court but with the prosecutor’s office. Over the course of several months in a number of TV interviews, Saralidze accused the prosecutor’s office of hampering the murder investigation and covering up for the son of a former employee of the department, Mirza Subeliani, who, Saralidze claims, was party to the murder of his son.

“I have no issues with the court. The court simply confirmed what I have been saying all this time – the murderers of my son are still free and they are being protected by the prosecutor’s office,” said Saralidze.

Several minutes after the verdict was handed down, hundreds of people began to gather by the court building, and later headed towards the prosecutor’s office in order to support Zaza Saralidze – the father of the murdered boy.

The protest became large-scale which later led to the resignation of the head prosecutor, Irakli Shotadze. However, this did not prevent the situation from escalating. Demonstrators moved towards the parliament building of Georgia and filled the square and closed down Rustaveli Avenue. Now, they are demanding the resignation of PM Giorgi Kvirikashvili. Currently, he refuses to leave his post. 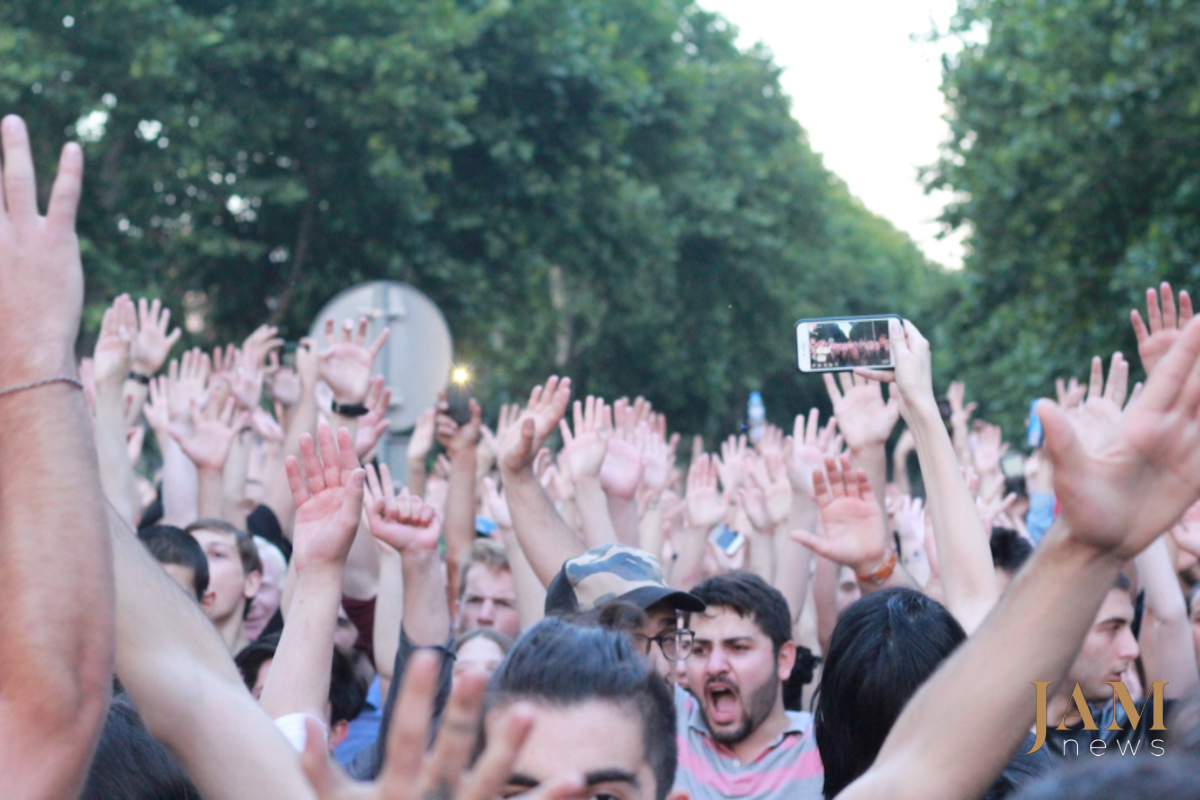 “Leave!” the PM was told

At about midnight, the PM of Georgia Giorgi Kvirikashvili appeared at the parliament building in Tbilisi. However, he was not given the opportunity to speak. He was booed down and thrown with plastic bottles.

Holding a microphone in hand, Kvirikashvili tried several times to speak to the demonstrators and explain what steps were being taken by the government to find and punish the murderer of David Saralidze. But the crowd cut him off and did not allow him to speak.

‘You came here to trick us!’, ‘Resign!’, people yelled as his bodyguards led him away from the square in front of parliament.

Later, Saralidze addressed the crowd and said that the PM had come to the meeting not to express his sympathies but to ‘trick [people] again’.

After the unsuccessful attempt to speak to the demonstrators, the PM made an official announcement at a special briefing. He promised that the case would be handed over to the Ministry of Internal Affairs and that it would be headed by the minister of the department itself and vice PM Giorgi Gakharia. The investigative committee in parliament will also begin work as soon as possible, the PM noted. 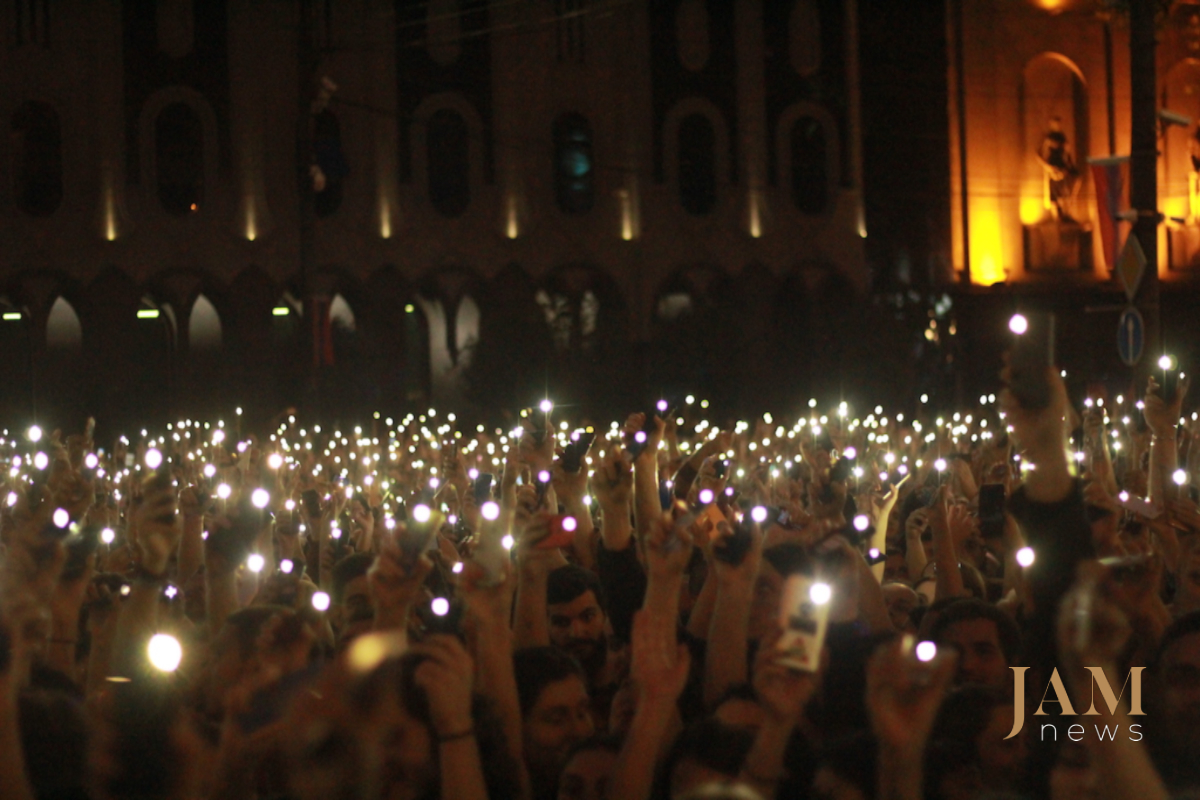 Some protesters spent the night in tents near the parliament building. The protest organisers said that the demonstrations would continue until their demands have been met. Their main demand is the resignation of the government.

The authorities claim that they are in solidarity with the demands of the father of the murdered teenager and are ready to start a new investigation, but believe that the rally took on a political character and is being managed by former Georgian President Mikheil Saakashvili.