Presidential elections will be held in South Ossetia tomorrow the 9th of April. It will be closely monitored by North Ossetia (subject of the Russian Federation) which has opened three polling stations for South Ossetians staying in North Ossetia for various reasons.

Presidential elections in South Ossetia and the referendum for the renaming of the republic are scheduled for 9 April .

The final days have been dedicated to electoral slogans, statements and rallies, which have been actively held from the beginning of 2017. The current government has made use of quite substantial administrative and other resources in an effort to ensure the voters’ support, which is a common practice in other Caucasus states.

In particular, a campaign film of the presidential candidate and incumbent President Leonid Tibilov, broadcasted by the State Television of North Ossetia in prime-time on 7 April, has caused serious turmoil both in South and North Ossetia. 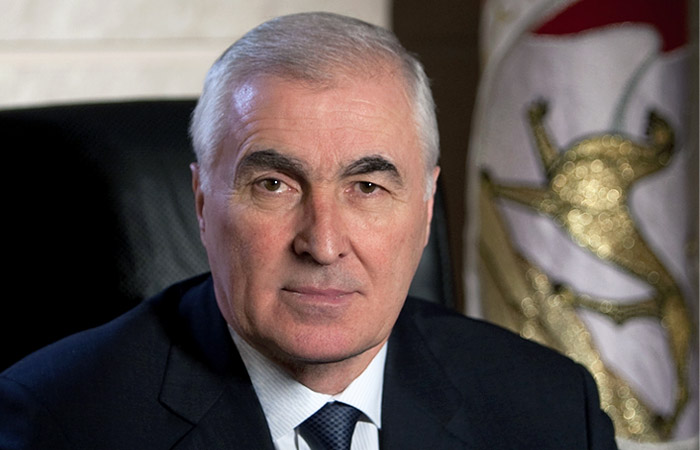 What is the documentary about?

The documentary is entitled “A typical morning of the President Leonid Tibilov in Tskhinvali”. Accordingly, it describes the President’s workdays. The introduction shows the President leaving the entrance of a common 8 storey living block and getting inside an armored vehicle. Then the presidential motorcade starts to move.

Tibilov then tells that his work day starts before dawn and lasts into the midnight hours. On his way to the office he examines streets that, according to him, have completely changed their appearance. He also checks the cleanliness of the streets and makes an assessment of the work carried out by communal services.

The authors of the documentary tried to convince the voters of the president being available to people, and that every South Ossetian can speak with him in an informal environment. One particular episode shows a charming old lady, with a shopping bag in her wrinkled hand, coming up to President Tibilov who exits his expensive vehicle, and gives him a hug.

Afterwards, the head of the South Ossetian Presidential Administration, Alan Tekhov, tells how competent an administrator Mr. Tibilov is, and then makes meaningful pauses and adds (direct quotes):

“Simply speaking, our President knows the correct use of punctuation marks”, says one of the comments published on Facebook.

The film shows officials closely associated with the President speaking about “the tough heritage” and “burden of responsibility”. Tibilov himself says that prior to his coming to power South Ossetia was devastated.

In this way, the authors of the film try to lead the viewer to the conclusion that the last years’ “construction boom” in South Ossetia is accredited to President Tibilov.

In order to support the above suggestions, the audience is offered footage showing how workers of “Sarmatspecstroi” lay pipes in the center of Tskhinvali. However, it should be mentioned that Sarmatspectroi belongs to Armen Beglaryan, to whom the government of South Ossetia has owed 23 million rubles for the completed construction services since 2013.

This resulted in a serious scandal in South Ossetia. Beglaryan addressed the President of Russia, Vladimir Putin with this issue, while the General Prosecutor’s Office of South Ossetia accused the Russian constructor of ‘discrediting the Republic of South Ossetia and its President’. Sarmatspetsstoi is yet to receive its due payment.

After that the film shows different footage.

This time the VP Dmitry Kozaev, being at the same time head of the pre-election headquarters in Vladikavkaz, promises a great advancement in economy and describes business projects.

Ala Jioeva, elected in 2011 but having failed at becoming president, the predecessor of Kozaev on the post of VP rather arrogantly reprimands ‘ungrateful’ citizens that do not want to ‘acknowledge the achievements of Tibilov’s team during five years of ruling’.

“Our people expect personal benefit from the President! The President impersonates the supreme political post”. Jioeva then gives an Ossetian rendition of John F. Kennedy’s words: “The people should themselves ask the President the question: so Mr. Tibilov, tell us what can we do for you?”

The documentary is followed with chronicles of 2008, showing the footage of a burning Tskhinvali.  Bala Bestauti, an official closely associated with the president and participant of the August 2008 war, speaks about the president’s patriotism.

Tibilov didn’t take part in the defense of Tskhinvali, therefore his comments are followed by footage of him, a former KGB officer, demonstrating his firearms skills on the shooting ranges of South Ossetia.

We can also see the face of the Defense Minister Ibrahim Gaseav continuously flickering in the video, who has recently signed a document transferring South Ossetian military units into Russian armed forces. 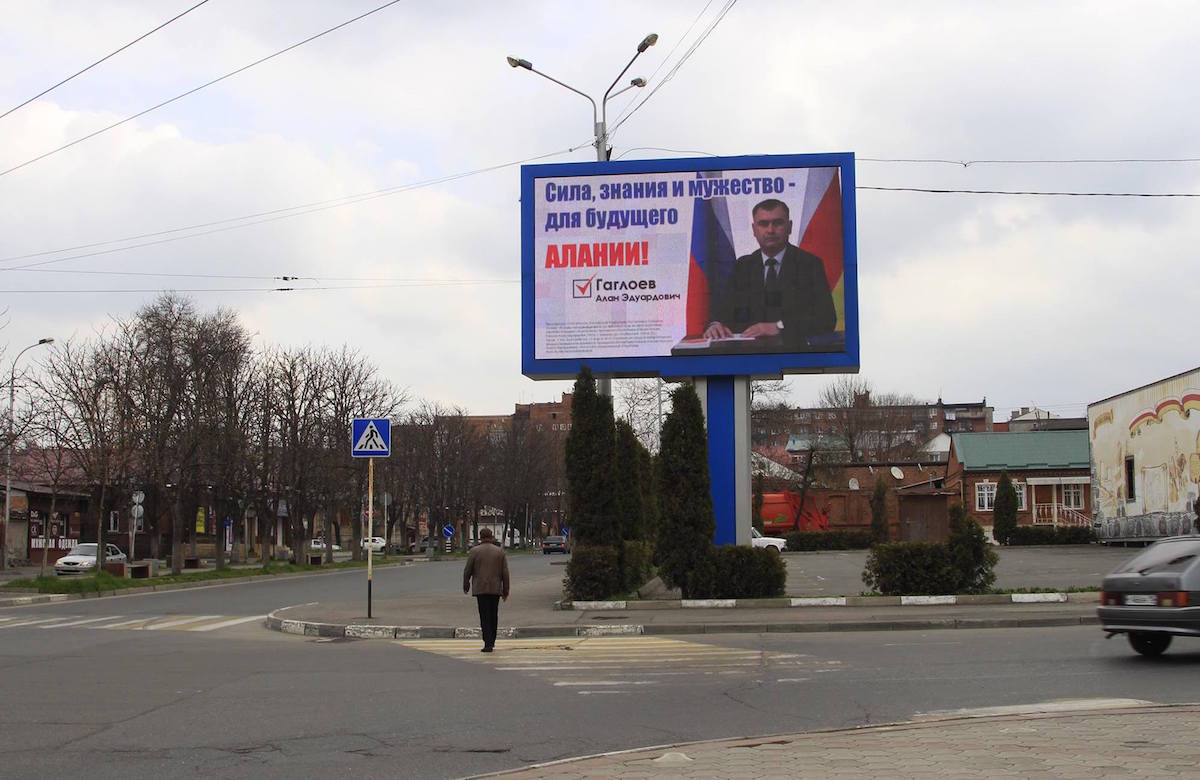 The massive reaction of social networks show that the positive notes and accents stressing Leonid Tibilov’s merits, as a candidate for future presidency, are mostly addressed to voters who permanently reside in North Ossetia. These are people with a South Ossetian passport yet being permanent residents of North Ossetia, and therefore not really concerned with the details of internal political and social issues taking place in Tskhinvali.

“Will they really believe (in North Ossetia) that stuff and nonsense? He (Tibilov) was receiving people in 2012 for a couple of months, and after that he erected an impenetrable fence to separate himself from ordinary people”.

“Have you mentioned anything about giving arms to the Ingush as a present?”

That’s an issue of concern for many in South Ossetia. Recently, the opposition has published the president’s order to award a gift of arms to a number of statesmen which included well-known criminal bosses, as well as Ingush politicians and businessmen Ruslan Aushev and Mikheil Guretsiev, infamous for their ambiguous attitude towards the Ossetians.