A shop in Alan Jioyev street, Tskhinval center, is very popular. It’s a standard, one-hall shop. Local products here make about 20 percent, while the rest have been imported from Russia.

Once Valentina used to have a small homestead land plot, where she cultivated cucumbers and yellow tomatoes. Her house was ruined during the war 2008. Later, a new house was built, but the new design occupied a greater part of Vanetina’s land plot and what is left now, is just the recollections of her tiny vegetable garden.

Valentina always prefers local products. “Do you feel a smell of local tomatoes, the most delicious are from Dmenis and Znaur villages. I try not to buy these (she points to the imported ones). Sometimes I buy them to decorate, for example, the New Year table, when there are no local vegetables in autumn.

This a typical opinion – locals prefer buying home-produced products. By the way, local officials also give preference to them. However, a program to support small entrepreneurship in South Ossetia has not been developed yet.

Locals prefer buying home-produced products. Local officials also give preference to them. However, a program to support small entrepreneurship in South Ossetia has not been developed.

Law on Provision of Preferential Loans for Small Enterprises, that envisaged allocation of one percent of the budget revenue to small business, was in effect from 1997 till 2010. Later, the law was modified and was entitled “The Law on State Support to Small Entrepreneurship and its wording was already vague.

According to Aza Tibilova, Assistant Professor of Economy and Entrepreneurship Department at South Ossetia State University, by doing this the government of Vadim Brovtsev [Chair of the Government in 2009-2011 – JAMnews] delivered a heavy blow on South Ossetia’s economy. 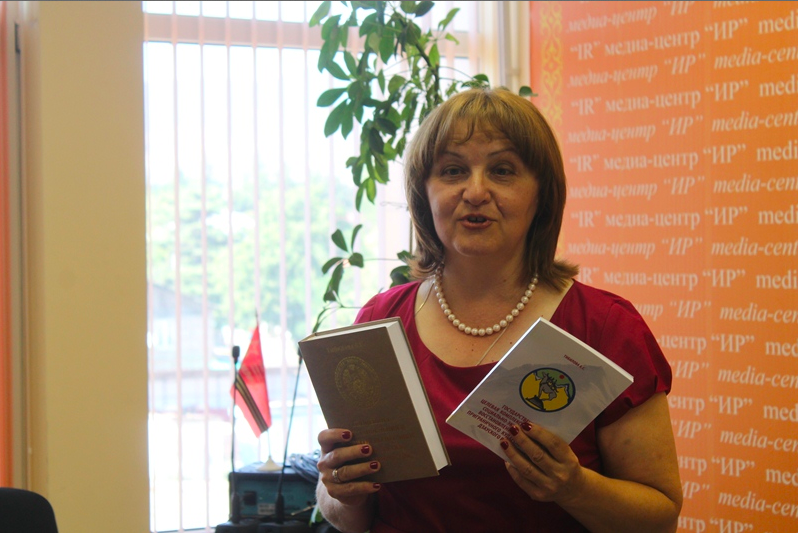 If the previous law had been in force, today one per cent from the Russian funding – RUB 60-70 million [approx. US$1 million] would have been allocated annually to small entrepreneurship, says Gennady Kokoev, former Minister of Economic Development of South Ossetia (2002-2003). 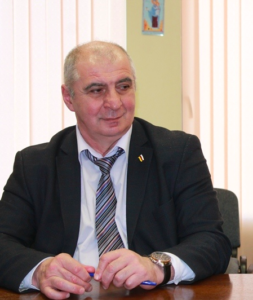 According to Kokoev, in 2014, for the first time since 2008, the number of people, leaving the republic exceeded the number of those, entering it.

“Mainly the youth are among the unemployed; many of them would like to start their business. However banks allocate loans at 18-24 % interest rate, that dooms each project to failure. The income will be used to cover the bank interest rates even if the profit is high.”

Alan has been trading in household detergents for several years – they do not spoil like foodstuffs and there is less risk to go bankrupt. He delivers goods from Russia. He was lucky to get a RUB 5 million [approx. US$23,000] loan under 12 percent interest rate (he is lucky, since there is no less than 18 percent interest rate nowadays).

In Alan’s words, if it had not been for informal fees during transportation of goods, his daily average incomes would have totaled approx. RUB100thousand [approx. US$1,500].

“It is easier to cross the border with Russia than our border with North Ossetia. Rates [of bribes – JAMnews] are stable at the Russian Customs: RUB1,000 per vehicle [US$15]. Whereas at our customs it amounts to RUB3,000 thousand [US$45] or even more. I rarely meet someone I know, who lets me cross the border free of charge”

Alan is not much concerned about sharp increase in prices, since household detergents are always in demand. However, he is apprehended by the Russian sanctions against goods from the West. As he says, almost all household detergents, available at the market, have been produced by one company, against which sanctions have been imposed. “There have been TV reports that these products will be banned. I can’t even imagine what will happen in this case. I have not seen Russian detergents at the market. Belarus products have recently appeared, but their volume is small.

In summer 2014, South Ossetia loudly announced about launching a new program to support small entrepreneurship. It was expected to introduce a well-known “45-45-10 scheme, under which an entrepreneur shall invest into the business-project 10 per cent of the total value (in money, land or property), whereas an investor and a bank – 45 percent each.

But some issues still remain unclear. Under what conditions shall an investor and a bank invest 90 percent? Who owns an enterprise, if the major share of investment belongs to the Russian bank or investor? On top of everything, the Russian bank is involved, thus, the entrepreneur makes an agreement with the foreign state’s structure.

Anyway, nobody can actually participate in this program, as most entrepreneurs do not posses those 10 percent.

In some experts’ assessments, the number of individual entrepreneurs dropped in South Ossetia from 1,173 to 902 within 2011-2013 years. These 920 enterprises include small mineral water bottling plants and chicken farms in the regions. Besides, a fishery was set up in Dzaus district. A group of young people stood with the initiative to construct small cattle farms in the abovementioned district.

In Gennady Kokoev’s opinion, launching of a pair of large enterprises, similar to the knitted underwear factory, which had functioned in the past, will be inestimable for South Ossetia. Over 2, 000 people were employed at that factory. Such enterprises foster the construction of social infrastructure: kindergartens, schools, communication, trade objects, utility lines – that is, new jobs.

According to Marina Dzigoeva, Chairperson of South Ossetia Entrepreneurs’ Union, “it is impossible to set seeds, grow and gather at a time more or less good harvest only based on enthusiasm, without the state’s support and necessary agricultural machinery.

“There are neither cheap tractors nor the tractor drivers in the villages. The units, that are available, reach the field by noon even if an arrangement has been made. Cows and horses graze in fields and crops sprouts can’t be preserved without field fencing. It will take a farmer-beginner many years to provide himself with all necessary things”

Aza Tibilova, an economist, says the government has withdrawn itself and cannot even define a task either for itself or for Russian curators. Probably that is the reason, why the Kremlin has assumed responsibility to decide what spheres funds are to be allocated to in South Ossetia.

Small and Medium-size Business Assistance Department refrained from making any comments. They briefly told about the “45-45-10 loan program, not citing any example of a business-project, implemented under this scheme.