South Ossetia: ‘the Jewish Quarter’ – to restore or forget?

There are number of buildings on the southern outskirts of Tskhinval where mothers do not allow their children to play  – they are afraid that the bricks will fall out of the collapsing masonry.

The Jewish quarter, known to everyone in South Ossetia, begins here – brick two-story mansions, which, with their mutilated bullets and shells on the facades, sharply contrast with new buildings on neighboring streets.

Jews in Tskhinval – a 300-year history

South Ossetian historians estimate that the Jewish community of Tskhinval numbered more than 2,000 people at its peak, with a functioning synagogue and school.

The members of community were engaged in crafts, trade, owned a hair salon, shoe workshops, a brick factory and they owned almost all the manufacturing shops. There were also two bakeries where matzah was baked.

Public figure and historian Fatima Margiyeva remembers the stories of Tskhinvali old-timers who claimed that the ancestors of Tskhinvali Jews emigrated from Spain in the 17th century.

Two wars spelt the end of the community

Up until the beginning of the 1990s – when the Ossetian-Georgian conflict broke out – the Jewish quarter was one of the most comfortable and picturesque neighborhoods of Tskhinval.

The collapse of the USSR and the conflict between Tbilisi and Tskhinval left no choice for Tskhinval Jews – disturbing times and dangerous events made most of them emigrate to Israel.

After they left the neighborhood, it was destroyed under shelling – like all other areas of Tskhinval in 1991-1992, when the Georgian armed forces captured the heights over the eastern part of Tskhinval.

In August 2008, the Jewish quarter again came under massive fire, and then the buildings that survived in the 1990s, which were distinguished with their exquisite carvings on solid stone facades, were finally destroyed.

To restore or forget?

In recent years, the skeletons of the buildings of the Jewish quarter have begun crumbling. Residents of nearby private houses fear that the dilapidated buildings will fall apart and may fall on passers-by or children playing on the street, so some insist on the demolition of the old buildings.

Vyacheslav Dzhabiev, a researcher at the South Ossetian Research Institute named after Vaneev, has been speaking out for preserving the old part of the city:

“The Jewish quarter must be preserved and restored – so that we know how Tskhinval was built, what its historical appearance was.  This is a part of our memory.”

The head of the department for the protection and restoration of architectural and historical monuments, Nelli Tabueva, says that the idea of demolishing the Jewish quarter should not even be up for discussion.

“The buildings cannot be demolished, as they are a cultural monument.”

The mayor of Tskhinvali could resolve the dispute by deciding to enclose the buildings until the funds appear to restore the architectural sights.

But the chief architect of Tskhinval, Merab Tadtaev, refers to “the lack of considerable funds that will be required for these purposes” as a reason in favor of demolishing the buildings.

Another issue is that the funds are lacking to even safeguard the buildings for the moment – nor are there any specialists.

A question of culture and decency

Former residents of the Jewish Quarter who emigrated to Israel do not want to stand on the sidelines and watch the buildings destroyed by the war meet their ultimate end under a bulldozer.

Executive Director of the Israeli office of the World Congress of Russian-speaking Jewry, Elion Vilenchik, was born in Tskhinval.

His ancestors lived here, the family left for Tel Aviv in the early 1990s.

He often comes to Tskhinval, which he calls “my city.”

Vilenchik is categorically against the demolition of the Jewish quarter.

“Is somebody trying to push South Ossetian authorities to take the wrong political step? Does somebody want to drive a wedge into the relations of our two peoples? We lost everything in Tskhinval.  The issue of preserving the Jewish Quarter is a question for the Ossetian side, for their culture and decency.” 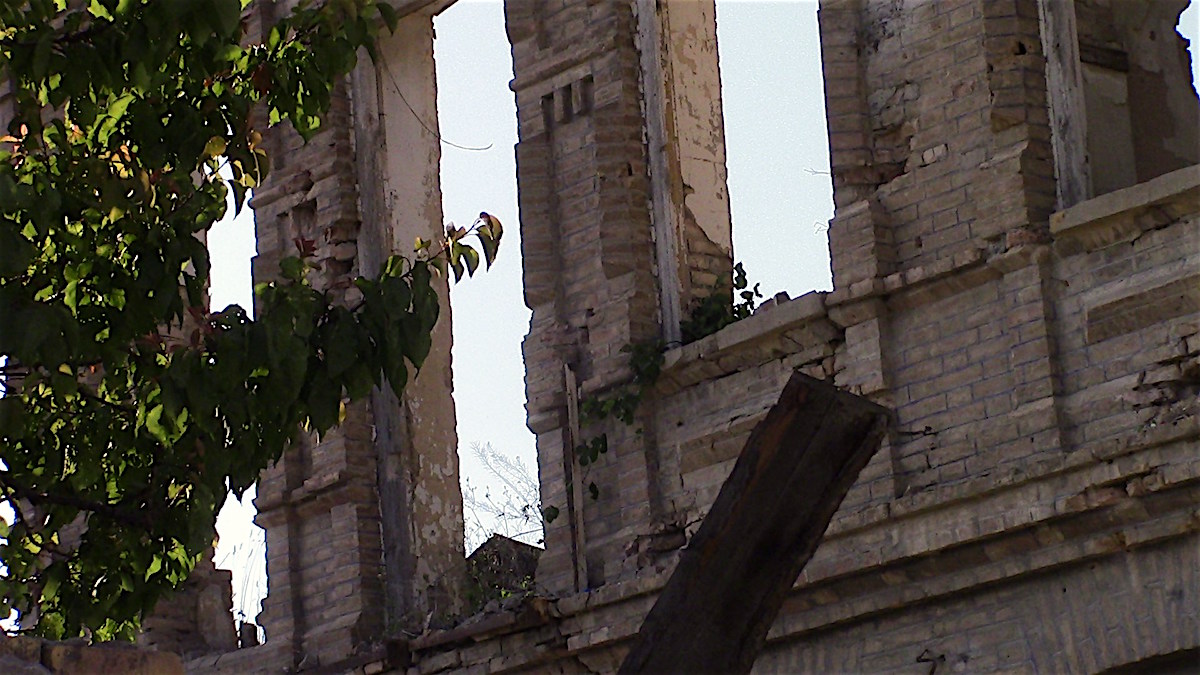