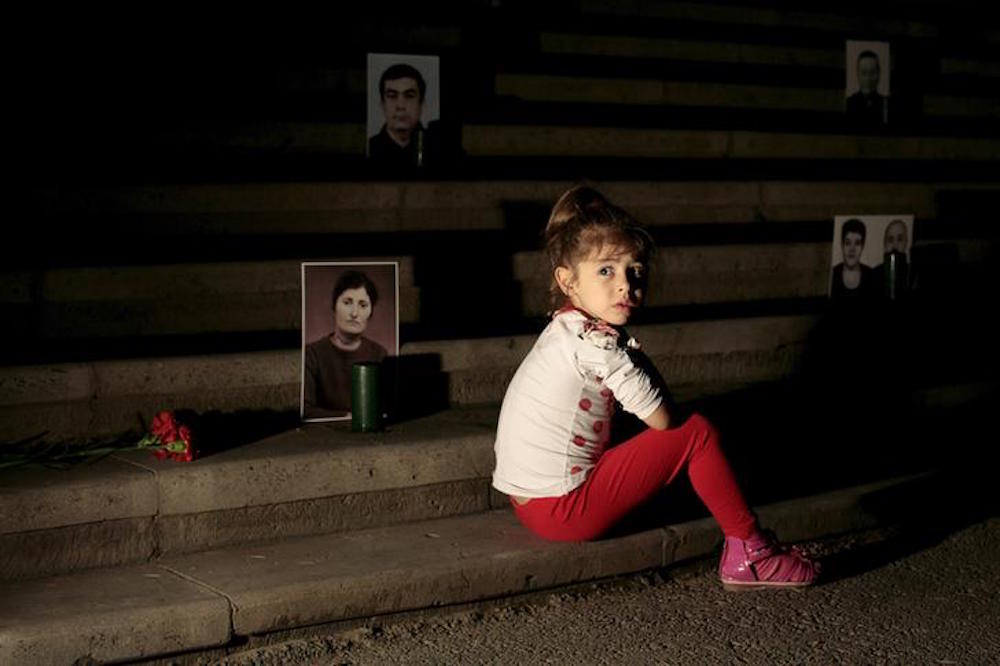 Former Georgian president Mikhail Saakashvili and 76 Georgian servicemen make up a list of individuals accused by South Ossetia of committing war crimes during the five days’ war in South Ossetia in August 2008. The South Ossetian Prosecutor`s Office handed the list over to the Russian Prosecutor General`s Office asking it to involve Interpol.

During his visit to Abkhazia, Anatoly Bibilov, the president of South Ossetia, told the press that a criminal case had been brought based on 2008’s events and that documents have been prepared for the International Court in Haague, but that the case so far has ‘not moved any further’.

The reason for this state is that the status of the partly recognized state does not allow South Ossetia to involve Interpol. Russia, however, who is a member of Interpol, can serve as a go between if it agrees to do so.

Will Moscow be willing to involve Interpol?

Talking to “Echo of the Caucasus”, Modest Kolerov, a Russian political analyst, said nothing keeps the Russian side from helping their South Ossetian colleagues, as ‘Georgia itself is ready to put Saakashvili on the wanted list’.

Kirill Koroteev, a senior lawyer at the Memorial center for human rights disagrees.

“It should be understood that Russia is an Interpol beneficiary, meaning that the organization helps to look for individuals wanted by Russia. Will Russia be willing to undermine confidence on the part of Interpol, which is already weakened, in exchange for the possibility to spoil life for a group of Georgians, with criminals staying uncaught? It must be a serious issue for Russia,” Koroteev said.

He also noted that, for years, the South Ossetian leadership position has been lacking consistency. Tskhinval has been appealing to the norms of international law and international organizations, declining to cooperate with the International Criminal Court at the same time, which high ranking South Ossetian officials call biased.

In Kirill Koroteev`s opinion, many countries want to use the international court to harm their opponents, not taking into account that all are equal before the law in the European body.

“Working with the courts professionally means that you assume that your citizens can be prosecuted too. That is why strong but improper statements are unfortunately often chosen over professional work in courts.”

On 27 January 2016, the International Criminal Court (ICC) has authorised an investigation into possible war crimes perpetrated during the conflict between Russia and Georgia.

More than 6 000 alleged victims made representations to the court in December 2015.

In October 2015, ICC prosecutor Fatou Bensouda announced she had evidence suggesting both sides had killed peacekeepers, which is a war crime.