Georgia: 9 years since the August war 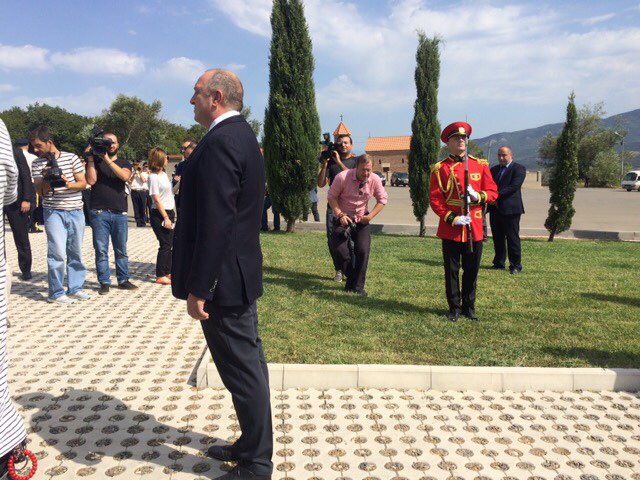 Georgian politicians, government officials and relatives of those killed during the hostilities, gathered at Mukhatgverdi Fraternal Cemetery to commemorate the victims of the August war in 2008.

“Eight August is the most tragic day in Georgia’s modern history. I would like to pay tribute to all those heroes, who sacrificed their lives to the motherland. Their memory candle is lit in each and every Georgian’s heart,” said Georgia Premier, Giorgi Kvirikashvili, who attended the commemoration ceremony.

When addressing those who gathered at Mukhatgverdi Fraternal Cemetery, he said that there was no alternative to peace and stressed the importance of reconciliation:

“We are doing our best, first of all, to maintain peace. We are building a united, economically strong, democratic, truly European Georgia, so that it could be a shared home for Georgians, Abkhazians and Ossetians. This war certainly was a tragedy for everyone, thus we should look into each other’s eyes, tell each other what we have to tell and we should reconcile because there is no alternative to reconciliation either. Neither Georgians, Abkhazians or Ossteans have any more children to lose,” said the Prime Minister.

“We, the citizens of Georgia, as well as the entire world community, don’t recognize those people with ‘Kalashnikov’ weapons on Georgian land, who prevent the free movement of citizens,” President Margvelashvili stated.

“Nine years ago, the Russian Federation troops crossed the border of a sovereign, independent country and occupied our regions.  In fact, this occupation, in the form of a hybrid war, started back in the early 1990s, the very moment the Georgian nation once again stated that it had chosen its own, independent, free path of development. Georgia’s independence, sovereignty and territorial integrity was immediately recognized by the UN in 1992. The world community recognized the inviolability of Georgia’s borders. As a result of the injustice in 2008, Russia has been trying to alter those borders and Russia is completely alone in this attempt,” President Margvelashvili continued.

“Our duty is to spare no efforts to fulfill what our heroes were striving for. That is, to unite and consolidate our motherland,” said Irakli Kobakhidze, the Georgian Parliament Chairman.

“Eight August is the most tragic day in Georgia’s history. Many people are still affected by this continuous occupation. Our message to those people is that we stand side-by-side with them, the government is beside them, be it the people residing in the vicinity of the occupation line, the IDPs or those left beyond the barbed wire fences,” said Ketevan Tsikhelashvili, State Minister of Georgia for Reconciliation and Civic Equality. 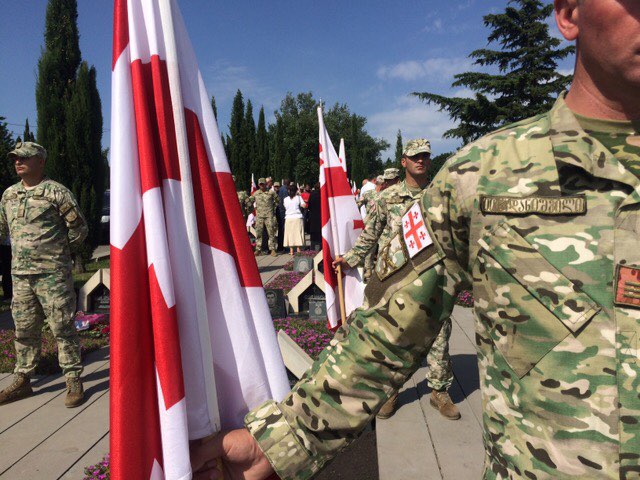 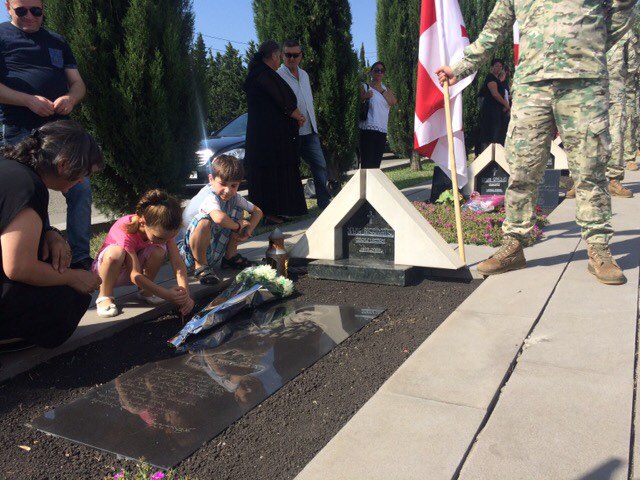 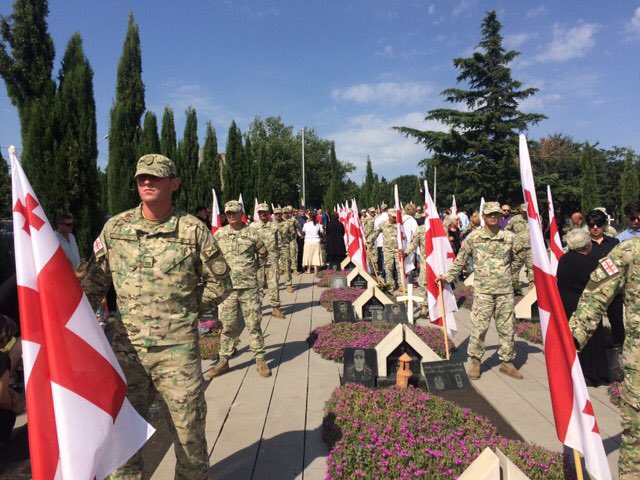 National flags were flown in unison at half-staff on the Parliament buildings in Kutaisi and Tbilisi to commemorate those who laid down their lives for Georgia’s independence and territorial integrity. The national flags were taken down from the buildings of other public institutions across the country, as well as on the Georgian President’s Administration building.

The anti-occupation rallies are scheduled for today at the Inguri Bridge and in the vicinity of Khurvaleti village.

The youth will gather outside Tbilisi State University this evening and will then march towards the Russian Embassy building. This campaign will be held under the slogan: ‘Let’s oppose occupation together!’ The campaign has been planned through social media by the youth organizations representing various political parties.

A conflict around South Ossetia in August 2008 resulted in a five-day war involving Russia and Georgia.

Starting from the end of July 2008, a ceasefire regime in South Ossetia had continuously been violated and the conflicting parties had been exchanging accusations. According to Georgia’s version, Russia had long been preparing to deploy its troops in the autonomous region and that the Georgian army’s action was in response to those threats and provocations on part of the South Ossetian authorities. Meanwhile, the Russian side claimed it had deployed troops to defend the civilians and its peacekeepers in the region.

Late on 7 August, Brig. Gen. Mamuka Kurashvili, a commander of the Georgian peacekeeping battalion, announced the launch of an operation aimed to ‘restore the constitutional order’ in South Ossetia.

An intense exchange of fire between the Georgian Armed Forces and the Russian Army units started from 8 August.

On 12 August in Moscow, the French President Nicolas Sarkozy (mediator) and Russian President, Dmitry Medvedev, signed a six-point ceasefire agreement that provided for the termination of hostilities in Georgia.

Following the five-day war on 26 August 2008, Russia unilaterally recognized the independence of Georgia’s breakaway regions of South Ossetia and Abkhazia.

Diplomatic relations between Moscow and Tbilisi ended and haven’t been restored up until now.

According to the EU’s specially setup fact-finding mission, 412 military personnel and civilians were killed during the hostilities on the Georgian side, 365 on the Ossetian side, and 67 Russian peacekeepers. Thousands of ethnic Georgians were forcefully displaced from the South Ossetian territory, and 80 000 people had to abandon their houses.

According to the Georgian Foreign Ministry, despite its commitments under the 12 August 2008 ceasefire agreement, ‘Russia continues the policy of occupation of the integral regions of a sovereign and independent state, through complete disregard of fundamental principles of the international law.”

The Geneva International Discussions format has been introduced after the conflict with the aim to settle security and humanitarian issues between Russia and Georgia based on the 12 August 2008 ceasefire agreement. Parallel to that, there have been continuous reports on abduction and illegal detention of Georgian nationals in the conflict zone. Also, the Russian military have continuously been installing barbed wire fences and so-called ‘border signs’.

Ms. Fatou Bensouda, the Prosecutor of the International Criminal Court, is currently conducting a probe into possible war crimes committed during the Russian-Georgian conflict.