Having wrapped their heads in headscarves to protect themselves from the sun, and wearing gloves and warm clothing, women set out to the potato fields with a restless smile on their faces. The many years of hard labour in the field has hardened them – they don’t complain about anything. 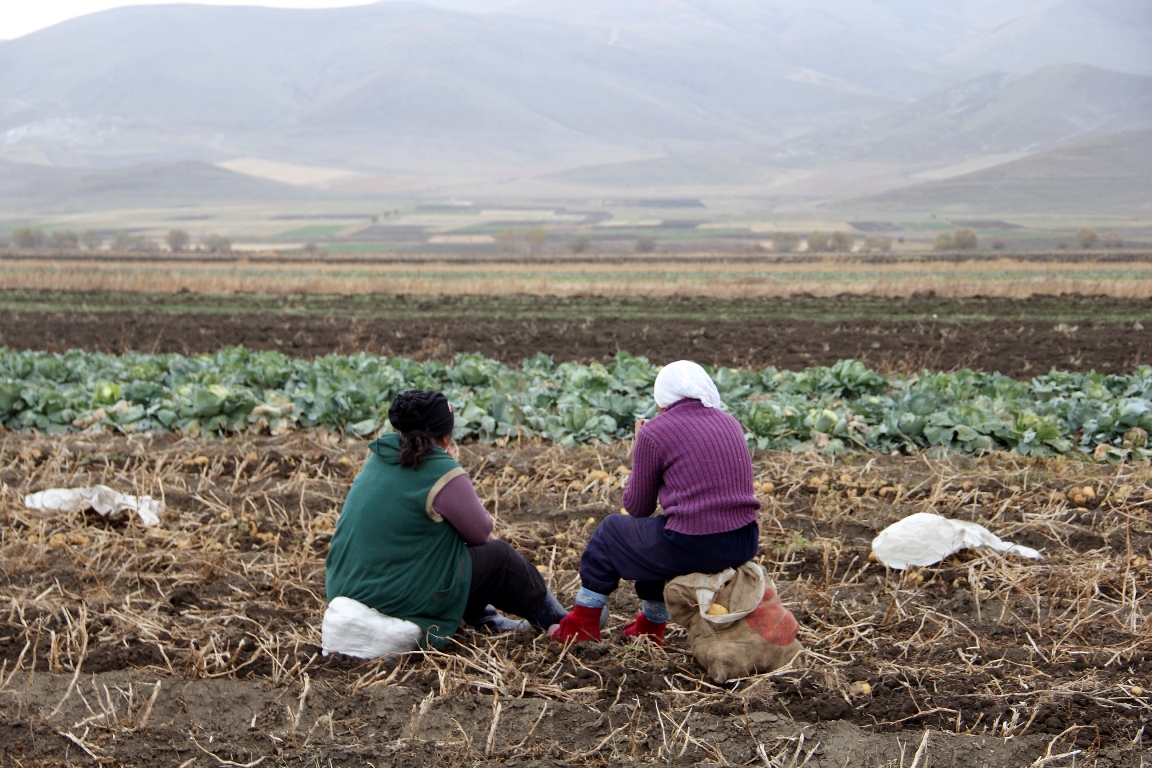 “Yes, it’s hard work. All work is difficult, there is no such thing as easy money. Our work is with the earth, we hand her seeds and receive her fruit,” says Mayranush. 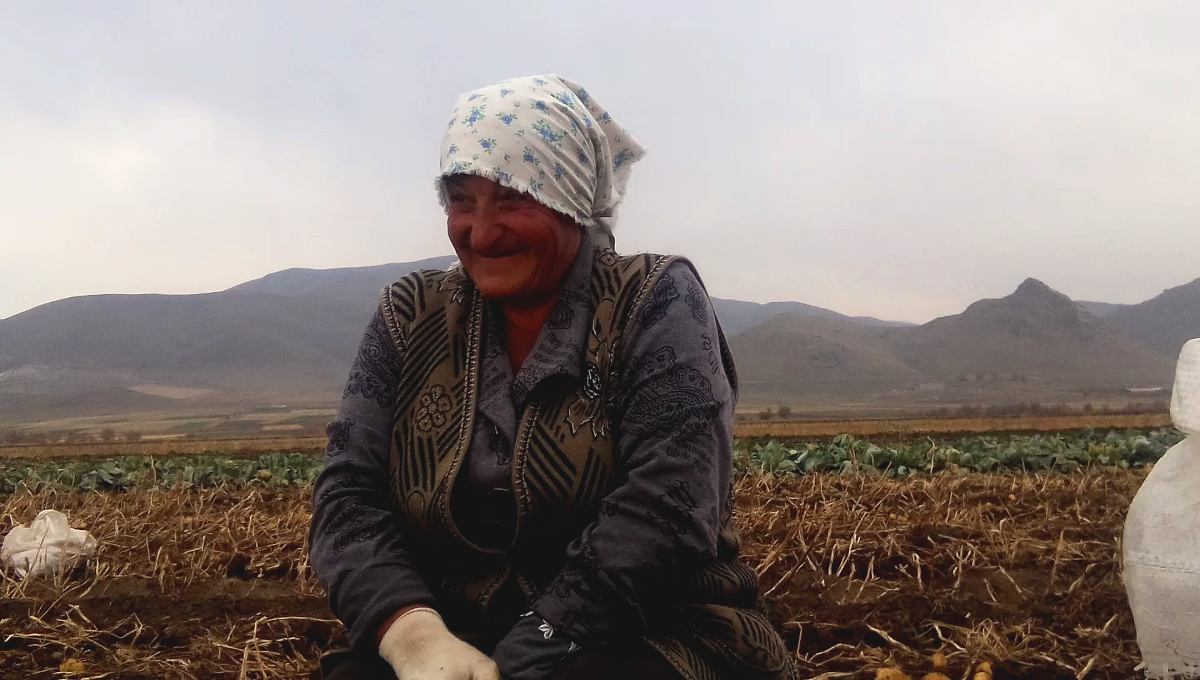 She has been planting sprouting potatoes for 10 years, and annually receives an additional 10-15 potatoes back. She says that the men used to help, but now they are working abroad and practically all the work is done by women: they plant the potatoes, water them, and then gather them in bags. The burning sun, cold and rain do not prevent them from working. 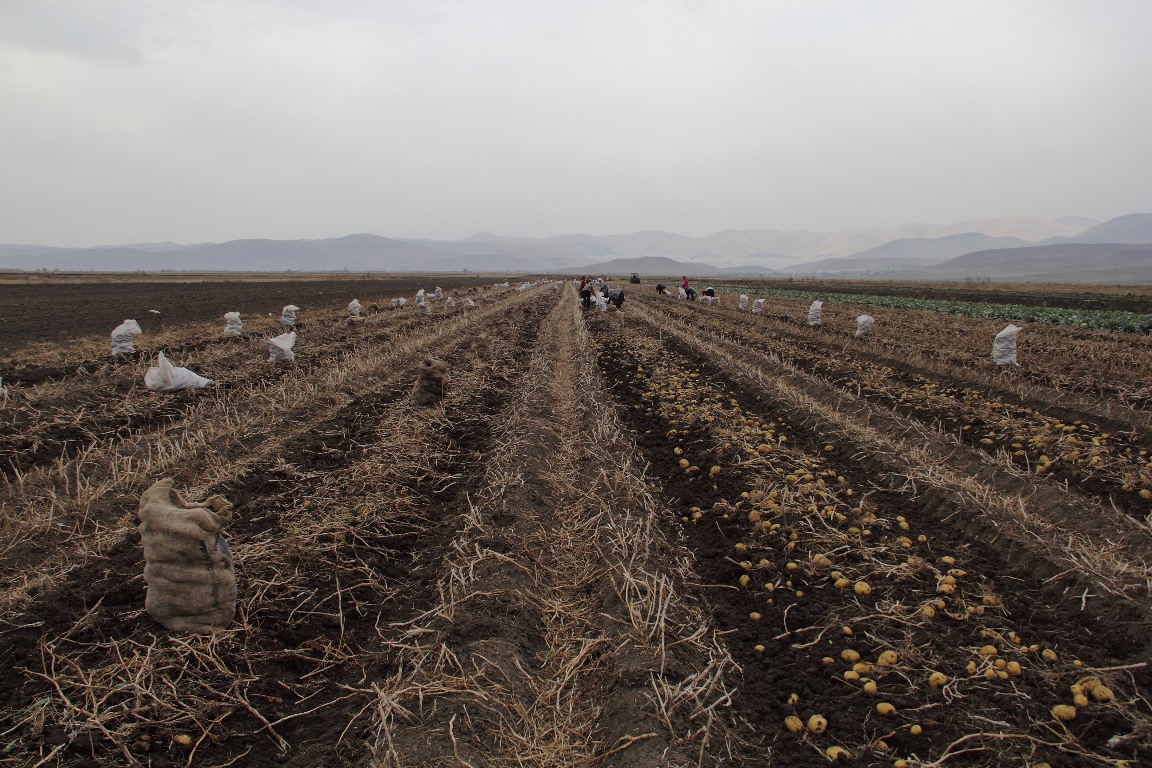 One of their greatest joys throughout the work day is a cup of coffee, boiled and simmered in a large teapot right on the field. It gives them energy and allows them to rest up, even if just for a minute. In such moments, instead of the sound of a tractor one can hear the cheerful voices and laughter of the women. 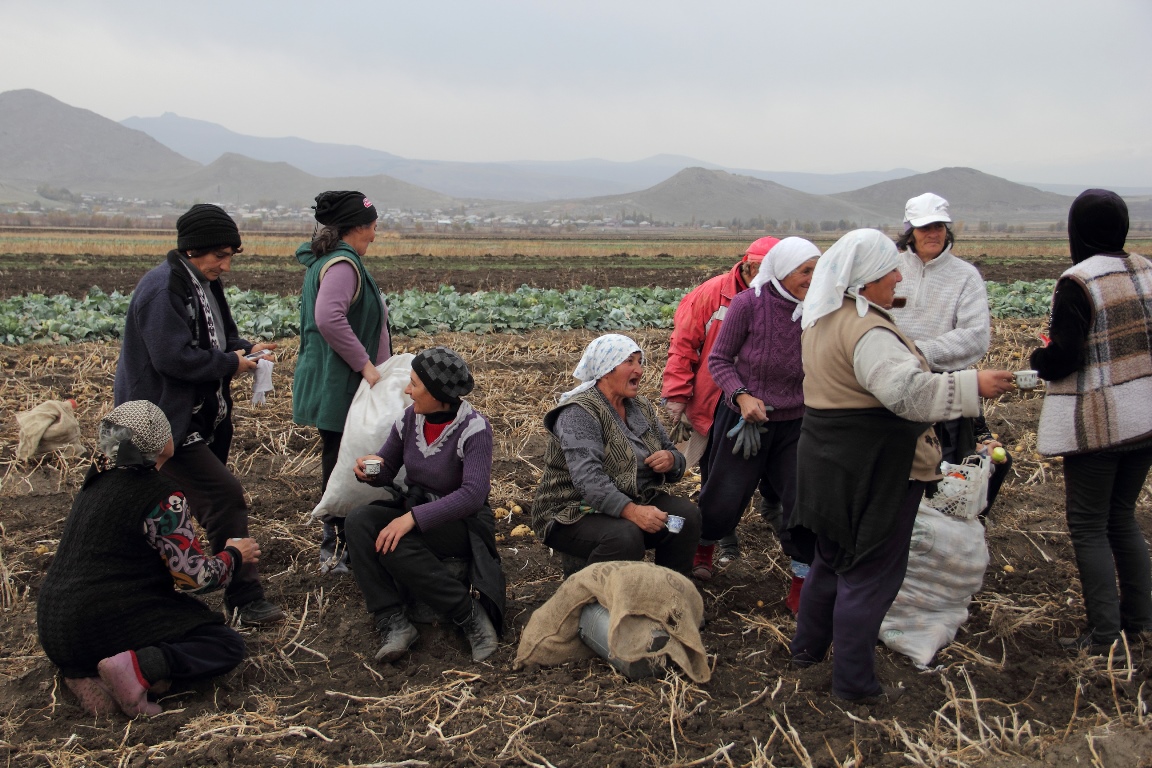 Women’s names are used for most of the potato variants: Agatha, Madelya, Marfona and Arizona. Only the Austrian, Dutch and Scottish kinds of potatoes are able to survive in Armenia’s climatic conditions. 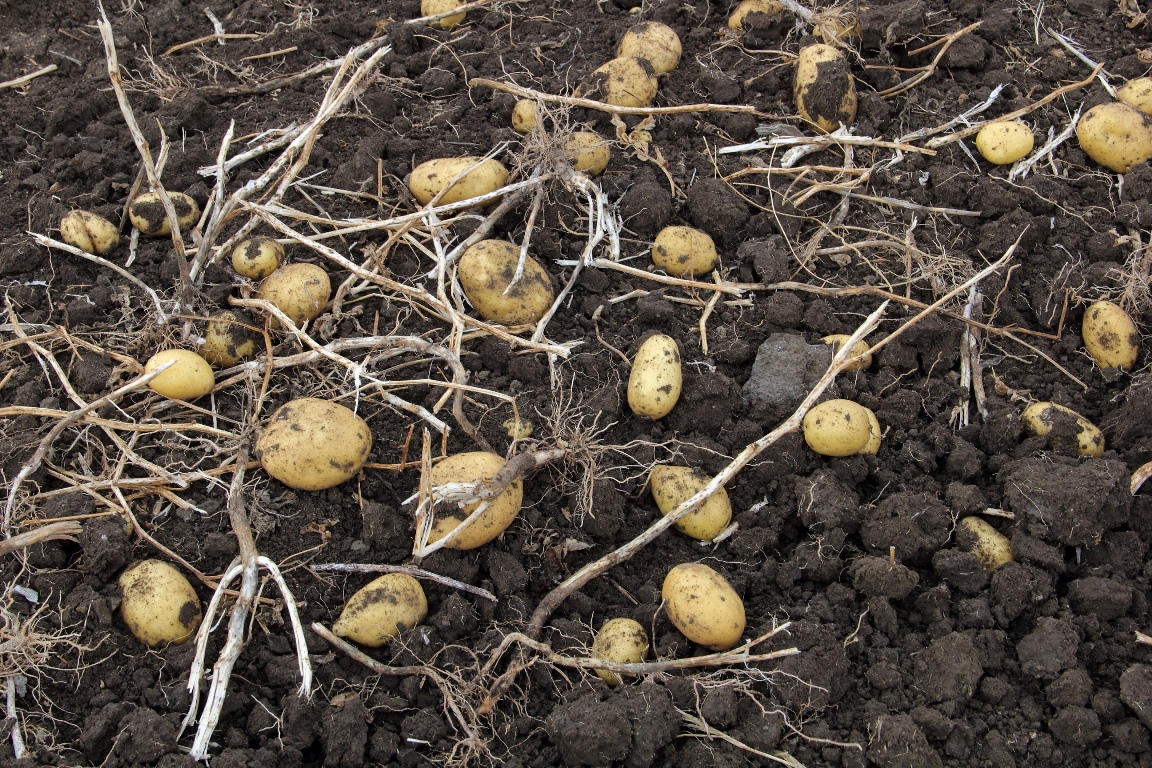 Every year, they bring three to four new kinds of potatoes to Armenia to check whether they will grow successfully. The seed potatoes that ‘make it’ are sold to farmers in order to improve and diversify their assortment and increase the harvest volume. 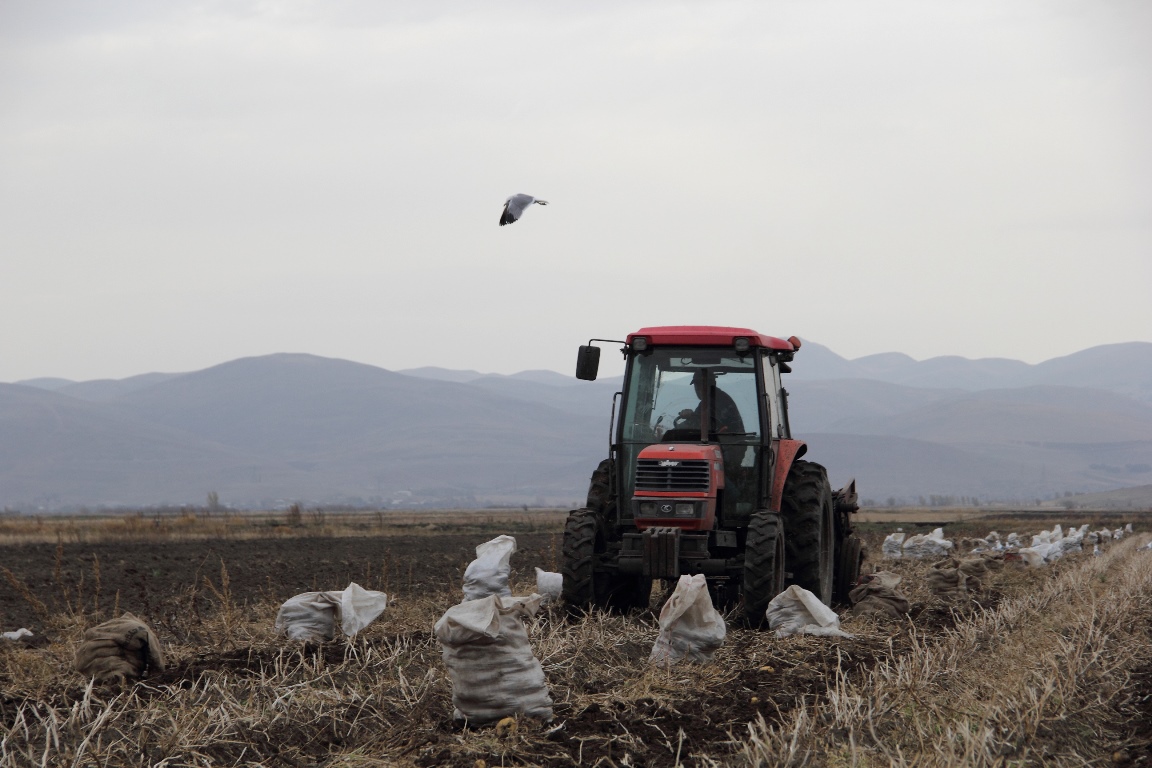 “This year the weather was bad. Hail destroyed everything. In some fields, we had to leave up to fifty per cent of the harvest in the ground,” says Angela, one of the women who works in the potato fields. 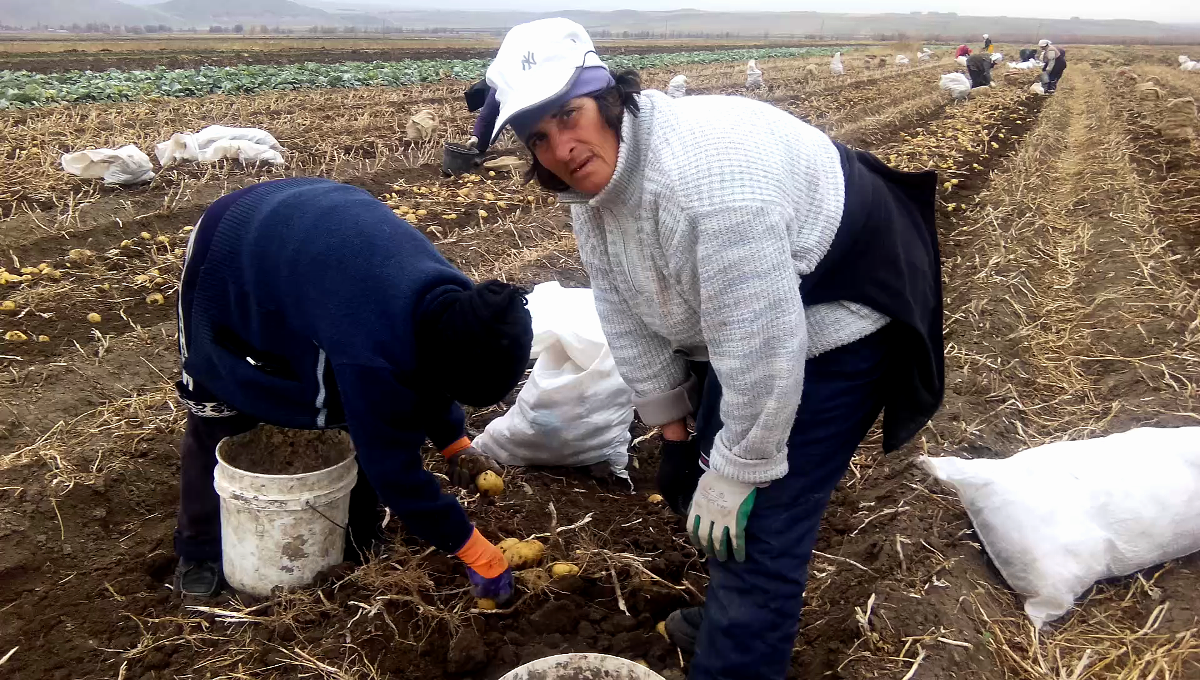 In previous years every hectare yielded about 30-35 tonnes of potatoes, but now farmers only receive about half that. 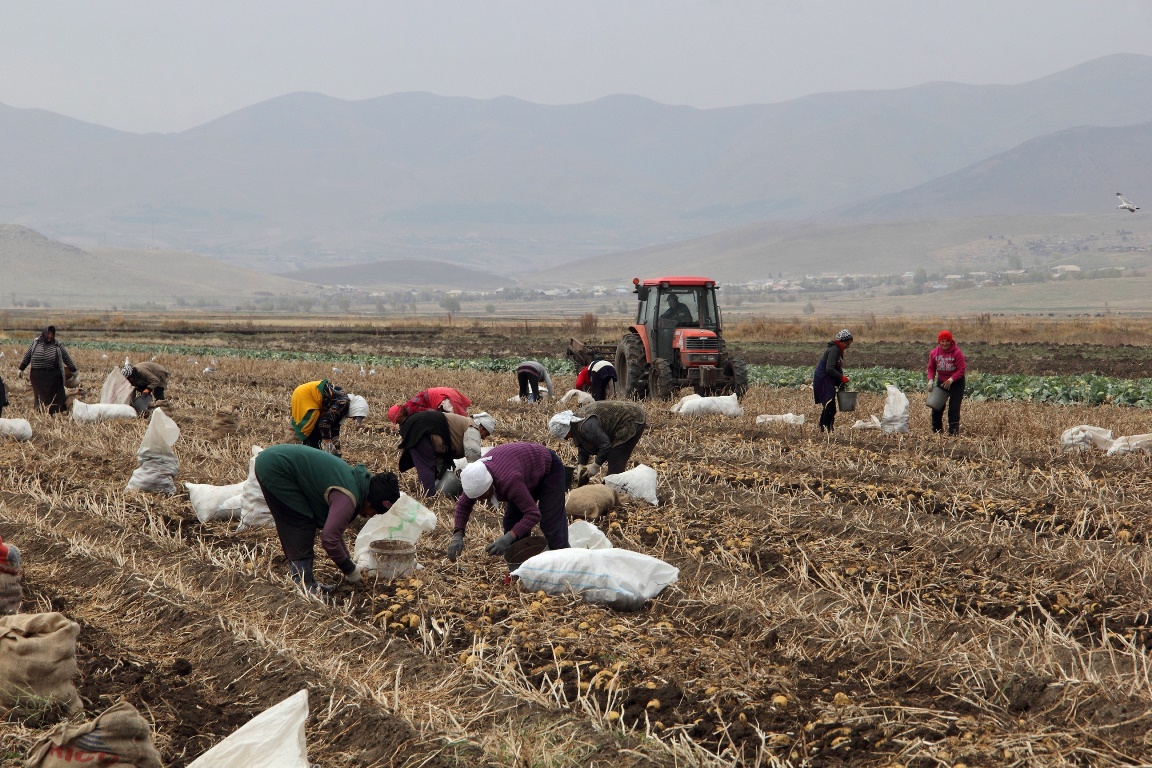 Throughout Armenia, the potato harvest is coming to an end. Farmers warn that the harvest was less than they expected and the consequences will be self-evident. 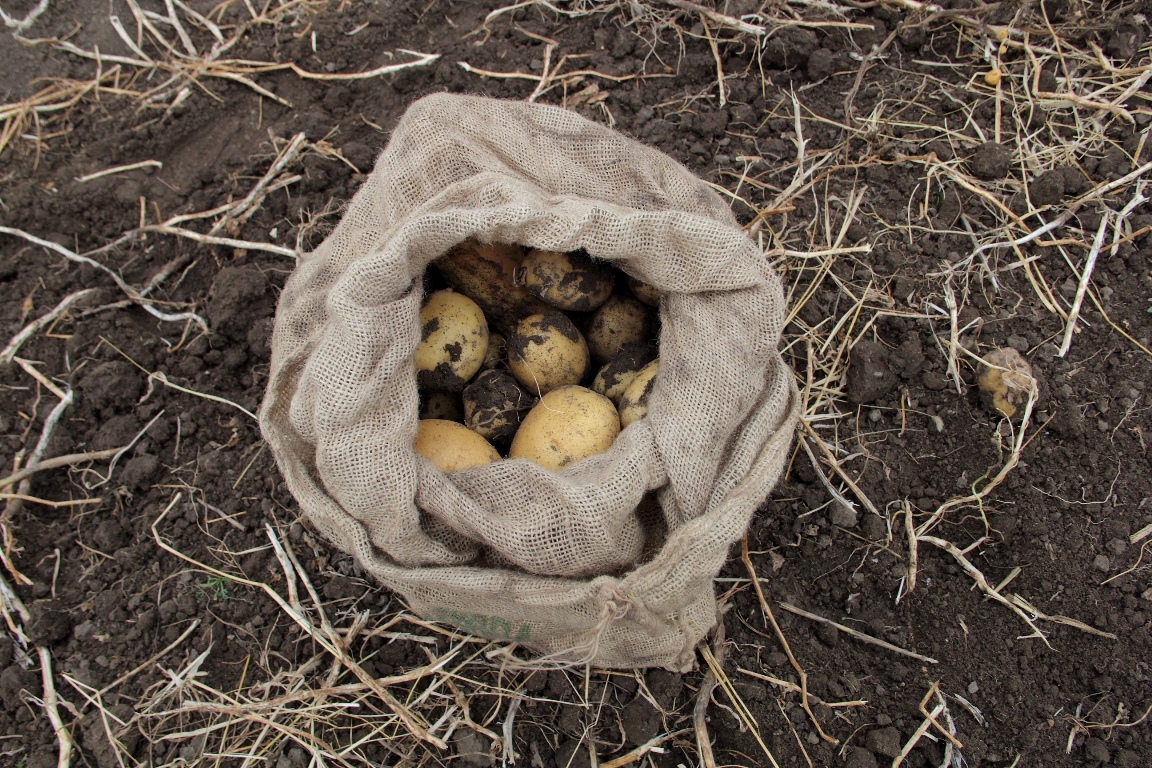 “We expect prices to rise because the harvest was small, but it’s not worth making predictions yet. You cannot predict the market, the price might remain high, or it could drastically fall. The farmers might hold on to their harvest and it could rot by spring,” said Lusik Tovmasyan, who has been growing potatoes for 25 years in the fields of Azatan village.

But the worry and anxiety on how to sell their crops, and at what price, disappears when they bake potatoes in the field, in the same earth in which it grew. This is a very special ritual, one in which the first harvest is evaluated by the very people who grew it. 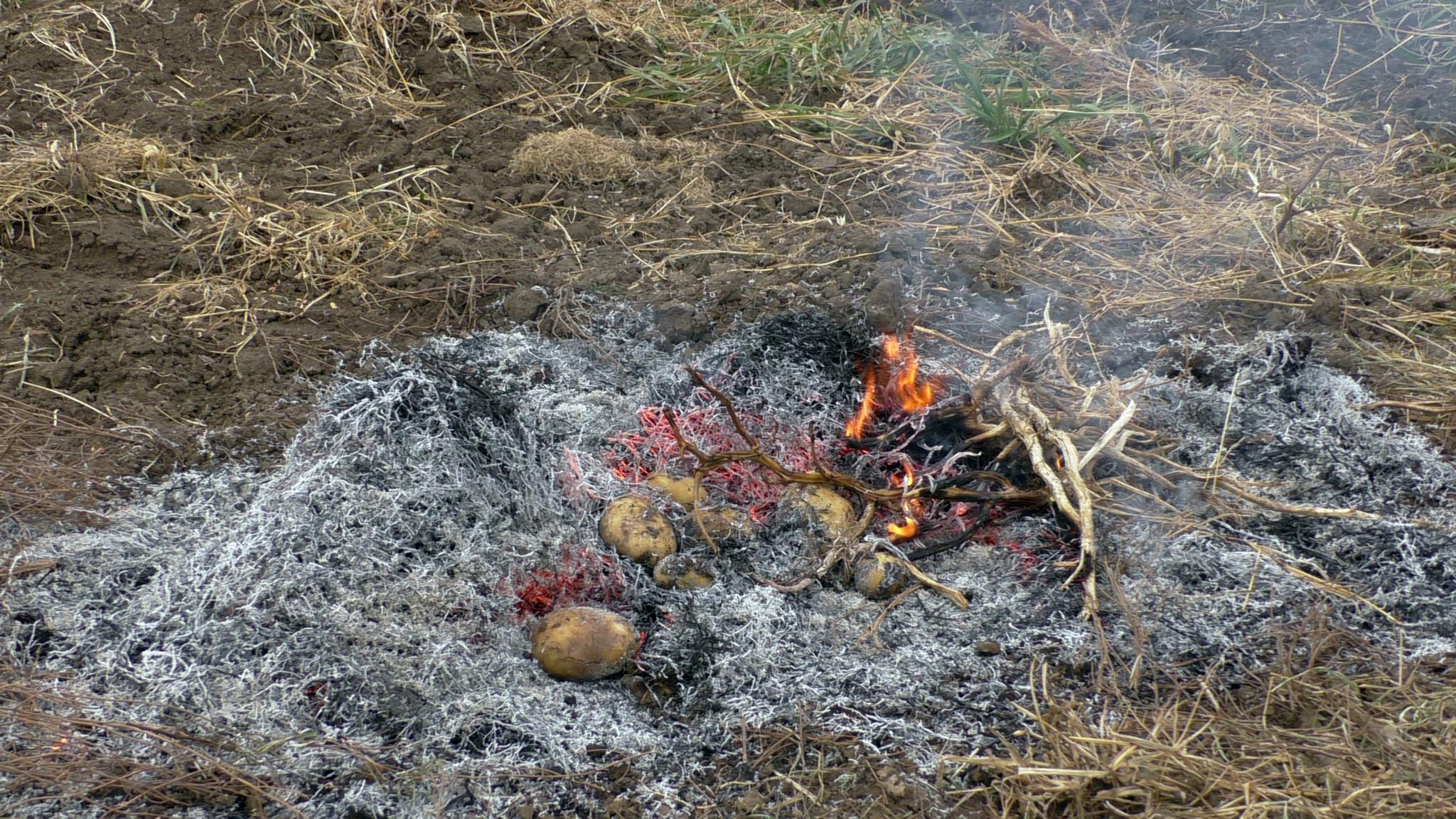