Paris and LA will host the Olympics in 2024 and 2028 respectively. Earlier Hamburg, Rome and Budapest refused to compete for the right to host the games considering the project too expensive, BBC reports.

Until early August, LA and Paris could not agree on the host for 2024. Paris stated that the land earmarked for the Olympic village will not be available after 2024, while LA stated it will be too expensive for the city to host the Olympics in 2028.

Should the cities have failed to come to an agreement, the IOC would have had to vote on the issue in its’ Lima session in September 2017. Now all that remains is to officially declare which city will host which specific year. 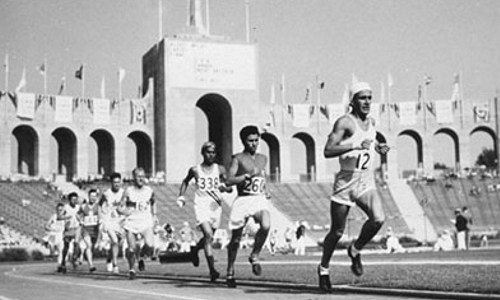 The marathon which was held on 7 August 1932. Zabala ran in the leading group for almost the whole distance. Just four kilometers to run, he broke free to finish 19 seconds ahead of Samuel Ferris from Great Britain. He was the first Olympic marathon winner from Latin America. Photo from Olympic Games Marathon

The 1984 Olympics were boycotted by the USSR team in response to the US and other Western countries boycotting the Moscow Olympics in 1980 following the Soviet invasion of Afghanistan.

BBC sports observer Alex Capstick says that, despite their claims of success, Paris has won, as LA will have to spend more now compared to what it would have cost in 2024.

He also believes the IOC will face difficulties finding new candidates to host the Olympics because of the growing costs.

The IOC agreed to allocate USD 1.4 billion to LA in order to start preparations for 2028.