Armenian orphans forced to leave their homes once they reach adulthood

The kitchen in the two-storey building is filled with a tempting coffee aroma, with coffee being poured into snow-white cups. Young ladies gather in the corner to discuss the latest news, their lives and future plans over a cup of coffee.

All of them had lived their entire lives in orphanages in different parts of Armenia. Then, when they turned 18, they had to take their possessions and leave.

“Many of us had absolutely no place to go; we would have had to go live on the street,” says Margarita Grigoryan, 25, who has lived at the organization for over four years. She came from the Gavar orphanage.

The Our Home organization has been trying for many years to help the girls who have to leave orphanages. They can live in a house in the city of Echmiadzin, twenty kilometers from Yerevan. They can study or look for a job – until they start their lives.

“It’s a perfect opportunity, as one is provided temporary housing and a chance to get some education.  We are also taught housekeeping skills that will come in handy when we have our own families,” says Margarita. 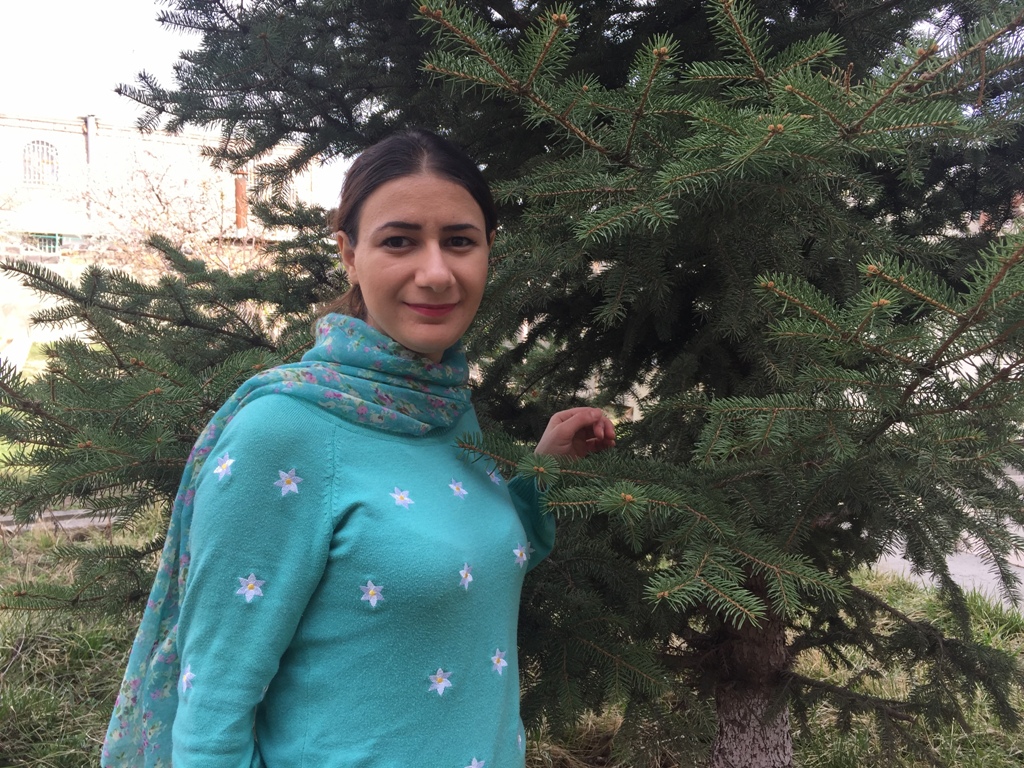 Armenian orphans have to leave at the age of 18. Once they enter adulthood, they face many problems and hardships, the main one being housing. Many literally find themselves on the street.

Between 1991 and 2012, 498 young adults left the orphanages, with 193 of them provided with free accommodation. Thereafter 217 orphans were provided with social housing until February 2016.

It is, in short, a continuation of an orphanage. The difference is that the utilities are covered by orphanages and donors, while youngsters buy food and clothes themselves and live as one family. Those who are employed help the others.

A mentor also lives with them.

Social housing is a transitional stage between orphanage and independent living.

In 2009, the Chamber of Control investigated the process of provisional housing to orphans and revealed some startling irregularities. Living conditions in most of the apartments (overall 149 apartments, purchased before 2008) left much to be desired. At least 28 flats were unfit for living, and the young people thus refused them.

“Those large-scale irregularities deprived children of a chance to live a normal life,” Ishkhan Zakaryan, the Chairman of the Chamber of Control, stated in Parliament at the time. according to him, a total of AMD 1.5 billion (approximately USD 4 million) was squandered.

Orphans wait many years for their turn to be provided with housing. Many of them live in hostels or social houses. Those with good earnings rent dwellings.

How Our Home works for girls

By comparison, the Our Home organization looks like a good chance for them.

Before they move here, they conclude a contract with the organization’s administration, stipulating the parties’ rights and commitments. Preference is given to those willing to get an education and enroll in higher education institutions.

The girls undertake to ‘behave decently, observe the organization’s internal rules and code of conduct, as well as to respect time’. The organization, in turn, is committed to provide them with essentials.

Our Home was set up in 2005 and received its first occupants in 2006. The program was sponsored by Julia Arshekyan, an American benefactor of Armenian descent. After she died, her son continued her endeavors. Consequently, the organization’s head office is located in the USA.

“They are supported by the state until they turn 18. But where are they supposed to go after 18, what are they to do, what fate awaits them? It was painful to see our girls from the orphanages choosing the wrong path – one that was on a slippery slope. I saw that many of them dreamt of an education,” says Tigranuhi Karapetyan, the head of the organization.

She says that at first they had the idea to set up a separate branch for boys.

“But then we realised that the expenses would have been higher than we could actually afford,” says Karapetyan.

Since it opened, 63 Girls have found shelter in the Our Home organization with 19 of them having gotten married directly from Our Home. They have already ‘rewarded’ the organization with as many as 26 grandchildren. Karapetyan says that, when she was setting up the organization, she never thought that anyone would ever come to ask for their mentee’s hand in marriage.

“It was a big challenge for us, but we have overcome that too. Our girls have managed to break society’s stereotype that orphans can’t become good wives, daughters-in-law and mothers. Due to those marriages people now think better of us,” says Tigranuhi.

Ani Tsarukyan, 28, had lived in the orphanage since the age of 6 and was then taken to Our Home. She has been married for four years already.

In her words, she was scared at first that she would be reproached for her orphan childhood, but her husband’s family has never touched upon that issue.

“It’s unusual to find yourself in a new environment, among new people, but you get used to it quickly if you are treated well. At first they were against our marriage, but then they met me and gave their consent to it. My husband, Hayk, told them: ‘Whether you like it or not, it’s my final choice – I’ve chosen her.’ ”

Ani Arakelyan, 32, came to Our Home from Gavar orphanage. She got married a year ago.

“I’m sure I will never be like my father or my mother. There were cases when our girls were reproached for being from an orphanage. If they don’t like it, they shouldn’t marry them, but once they marry such girls, they should not reproach them,” says Ani. 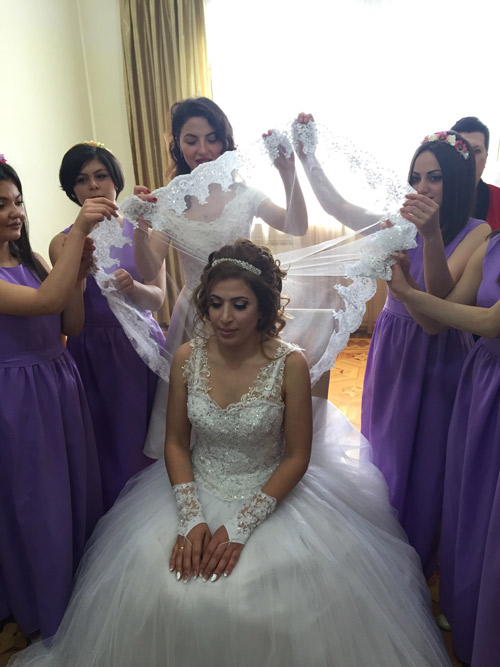 Growing up in orphanages for various reasons, girls appreciate their families: for them, the family is of great value.

“They come to visit us with their babies or while  pregnant, it’s very touching. They often share with us, saying they do not understand how their mothers could have left them at about the same age as their children,” Tigranui says.

Lena Petrosyan is 21 and had lived in different orphanages as far back as she can remember. She returned to her mother after she had stayed in the 18th one, but later she went to the orphanage again.

“I left of my own volition, since I had no future there. I didn’t want such a life. I had been living in the orphanage since childhood and that’s probably the reason why my mom and I couldn’t understand each other. What brought me here was a great desire to get an education. Now I’m studying to become a nurse,” says Lena. 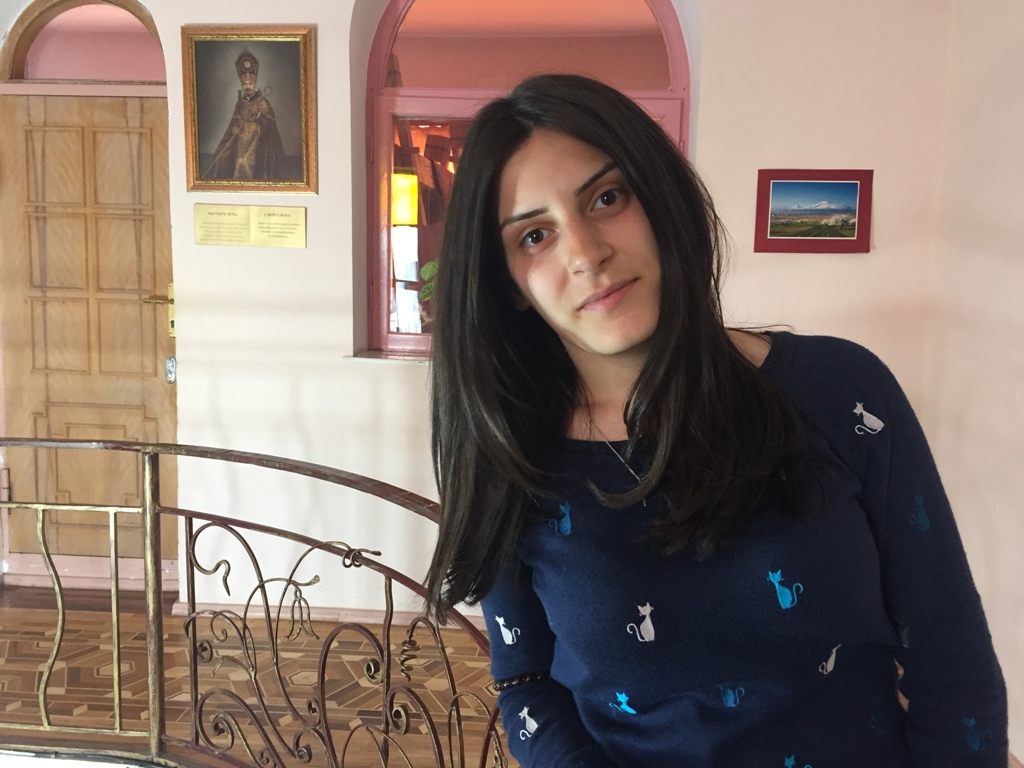 As Karapetyan noted, they were going to implement some business-programmes, so that their mentees could work in their organization.

“We give them an education, but if they fail to find a job, then what are they supposed to do? Should they wait for marriage? I wish they could work and understand the importance of it. We are planning to start up a business. Our girls are good at everything, be it cooking or carpet-weaving, and they even have foreign language skills,” says the head of the organization.

Margarita Grigoryan says that she is an example of the fact that dreams can come true. In the four years she spent at Our Home, she graduated from the Faculty of Cultural Studies at Yerevan State University and then took a tourism course. She is looking for a job now. Her sisters, Arpine and Marietta, also came here recently from Vanadzor orphanage. 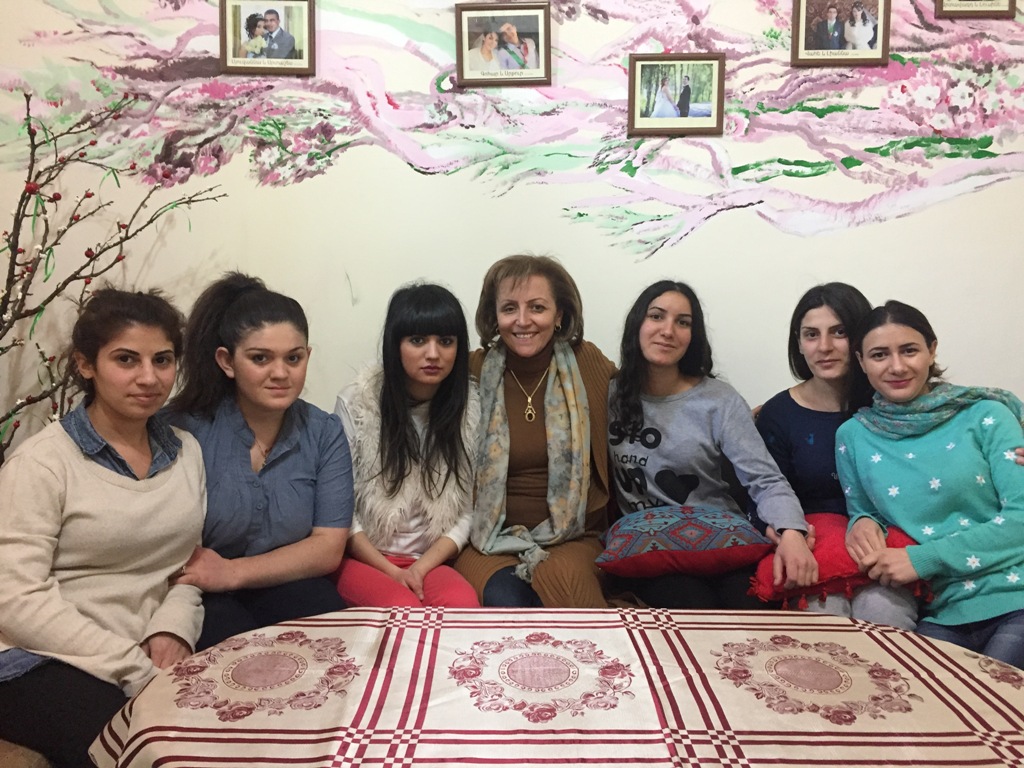