One Caucasus Festival in Marneuli

The fourth One Caucasus Festival took place in the Georgian village of Tserakvi from the 24th to the 27th of August. The goal of the festival is to create an inspirational space for the collaboration of people from the Caucasus region and beyond. Concerts, international cooperation of musicians, dancing performances and other events took place at this village which was built by volunteers from all over the world. Architects, educators and artists from Armenia, Azerbajian, Georgia, Poland, the US, Nigeria, Russia and other countries left their families, daily habits and comfort zones behind and came to Tserakvi, a small remote village in the Marneuli region on the borders of Armenia and Azerbaijan. For three weeks they were preparing the venue, conducting interdisciplinary workshops for locals, building festival constructions and organizing music programs. The Marneuli region has been chosen as a festival venue for a reason.

Out of 72 villages in the region, 51 are home to predominantly ethnic Azerbaijanis, 11 to Armenians and 8 to Georgians. Regardless of the difficult history and ongoing conflict in Nagorno-Karabakh, residents co-exist here peacefully. Elene, the co-founder of the festival believes that real change in human perception is possible through cooperation and sharing:

“We invite everyone – musicians, international people, locals and people from disputed areas to share – share thoughts, ideas, music and food. We are trying to create a situation where people start to communicate. I believe that in that way, we start breaking down stereotypes and prejudices and see a person not as a country representative but as an individual.” 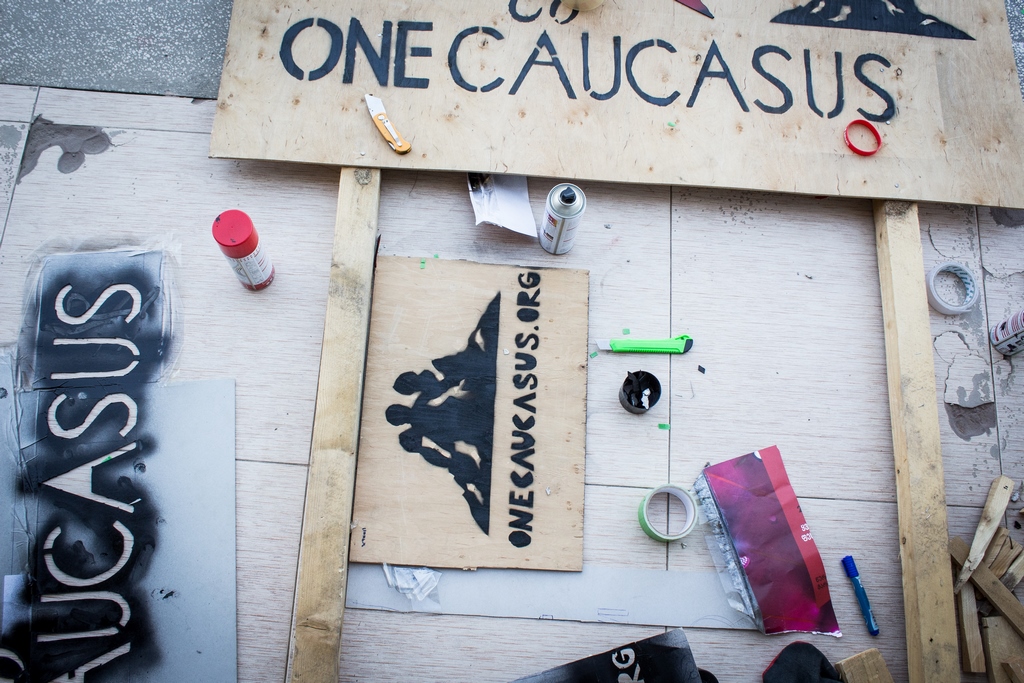 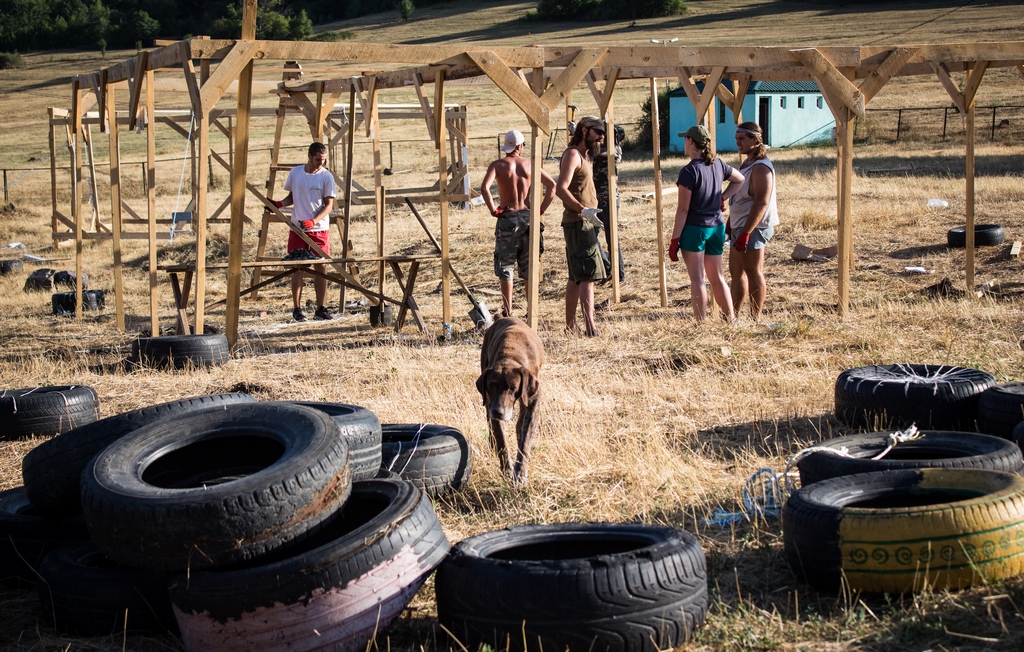 Architects in cooperation with a construction team built the festival town from scratch. 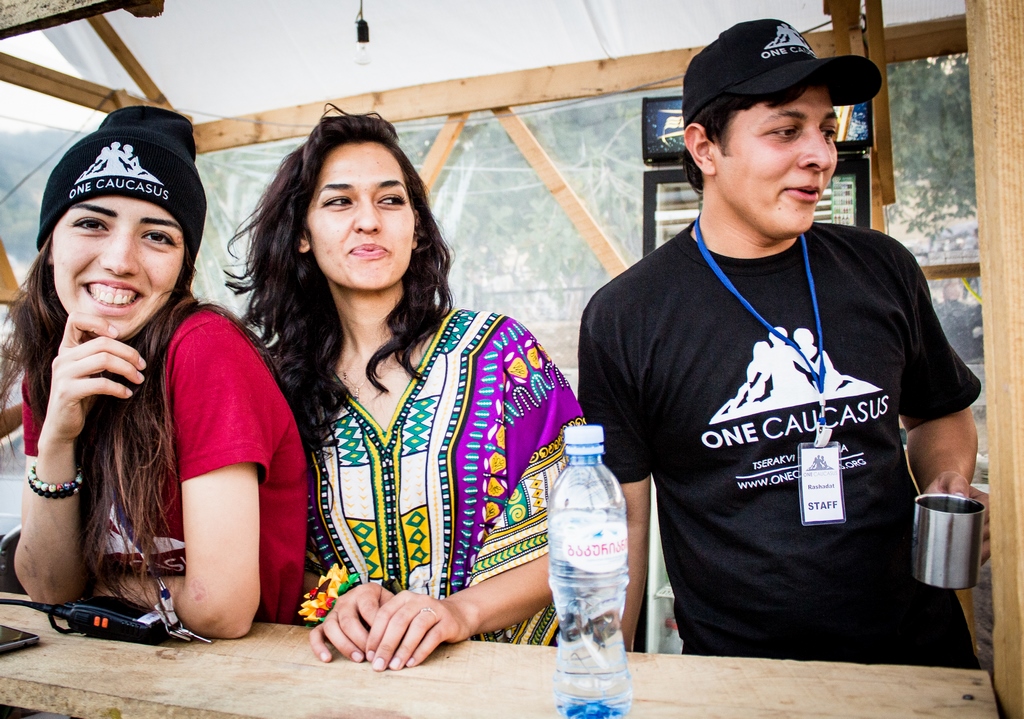 Shafaq (first from the left) is a volunteer coordinator from Azerbaijan.

“ I came here 3 years ago as a short-term volunteer. Here I met for the first time in my life an Armenian guy. It was a strange experience, but at the end we became friends and we still have contact. That’s why I believe that One Caucasus can change much more than many peace building and conflict transformation projects.” 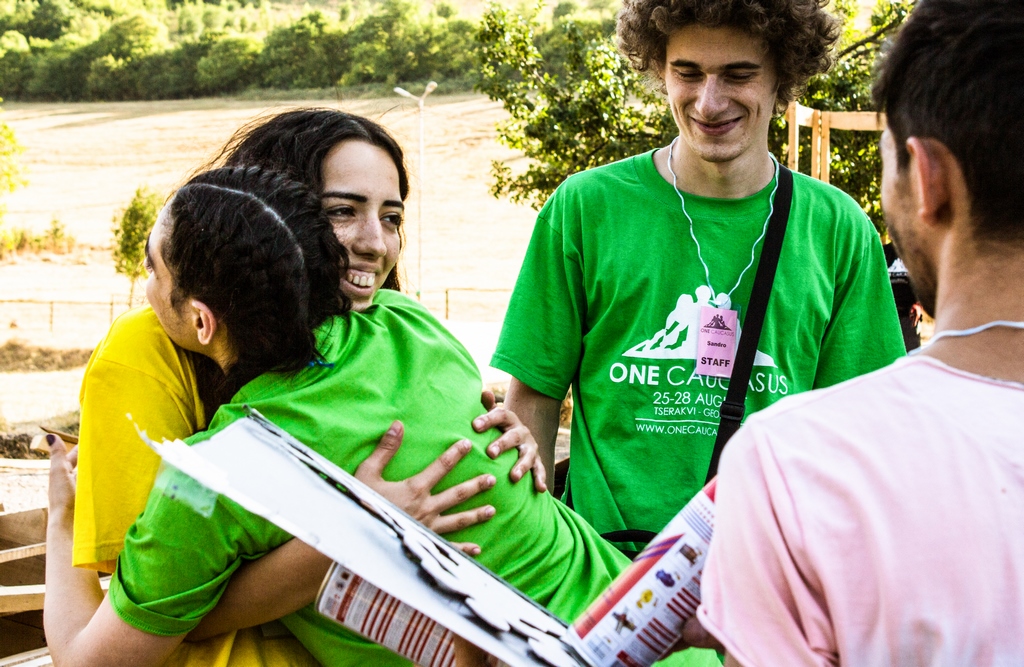 The majority of the volunteers came from Armenia and Azerbaijan this year.

“I’ve never met an Armenian before. I had some prejudices and I was a little bit afraid before I came but here I realized that I have the same stereotypes and beliefs about Armenians that they have about us. So I understood that it is just politics, nothing more. I don’t blame any of my new friends for the things which happened to our region.” – Rashad, Azerbaijan. 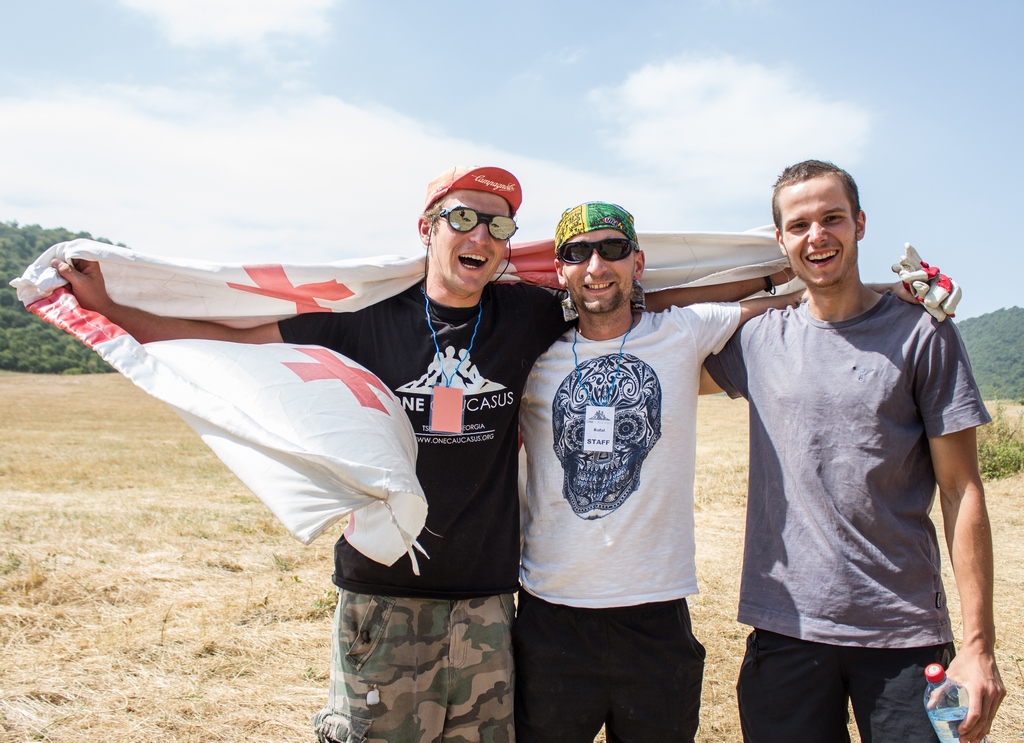 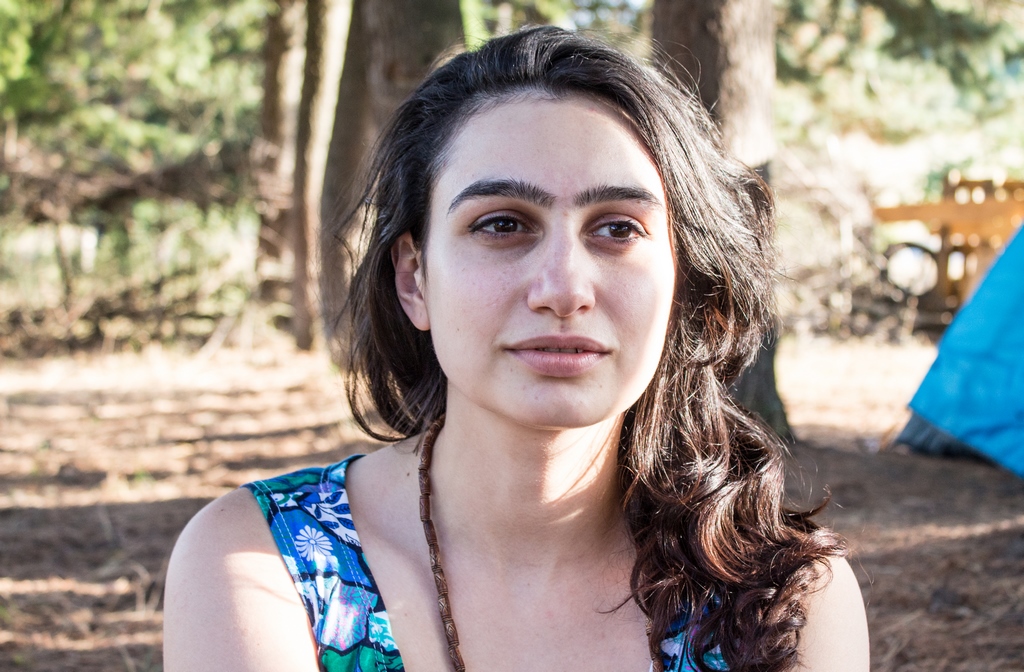 Anush, a volunteer from Armenia recalls her first impressions from conducting a workshop for the local people in an Azerbaijani village:

“I didn’t know what to expect. I went to one family’s house and they offered me coffee, food and treated me with all their hospitality. I was a guest for them, regardless of my nationality. And I was standing there, puzzled, thinking of all the stereotypes about Azerbaijani people which I had in the back of my head. But the reality was completely different. This difference was so huge that I was totally confused. I couldn’t stand this feeling and I started to cry.” 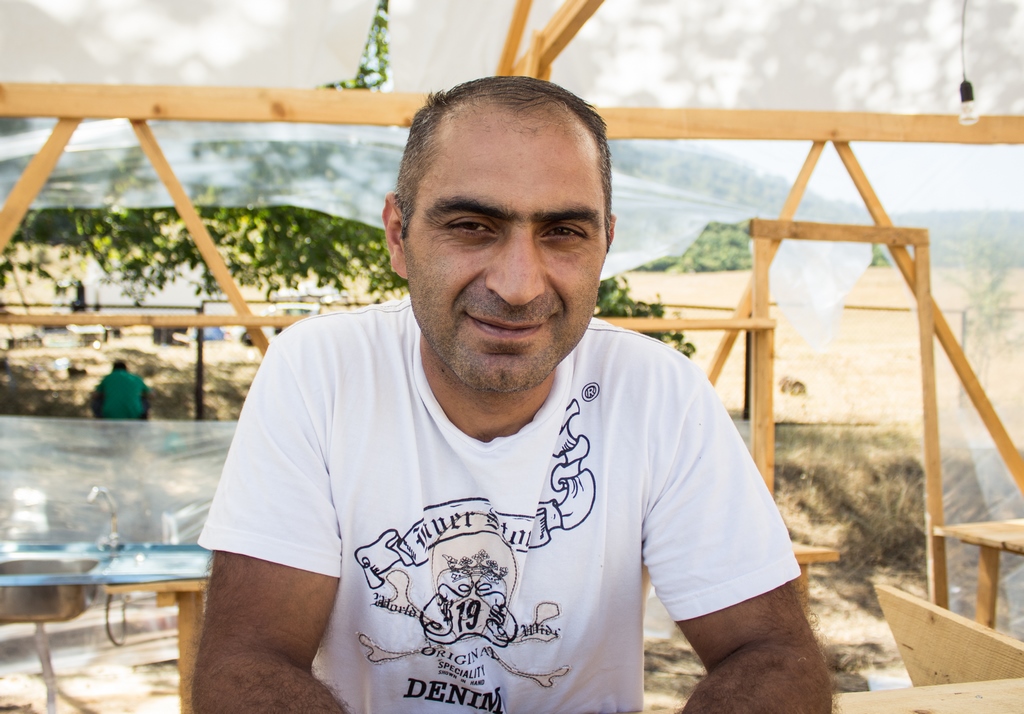 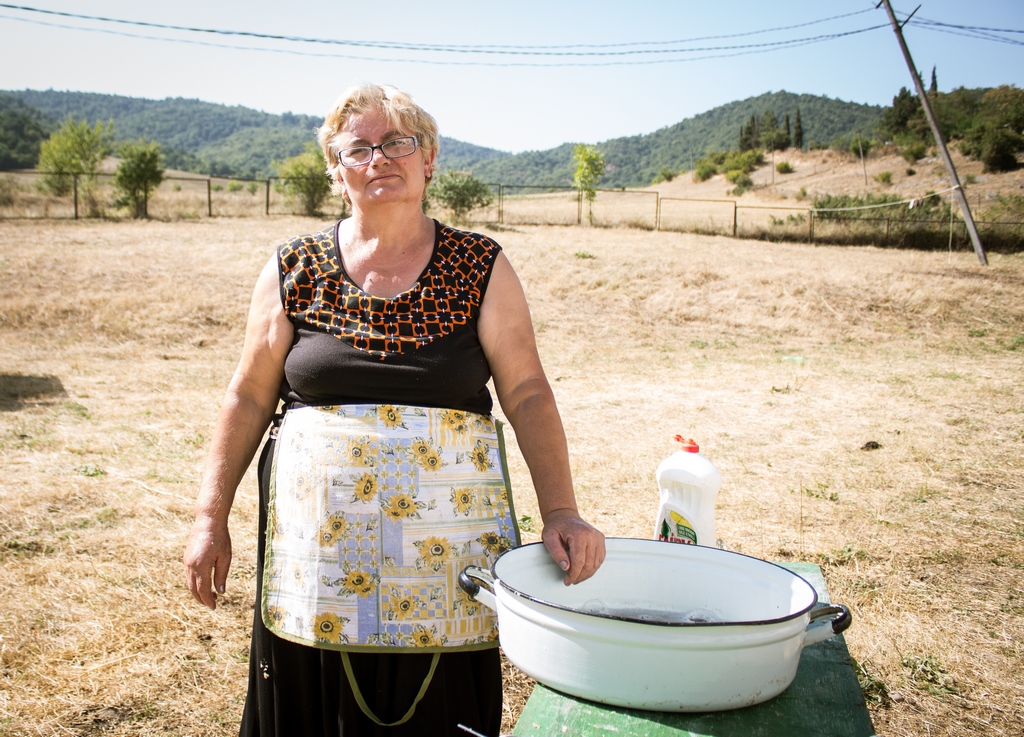 Lena was helping in the kitchen. 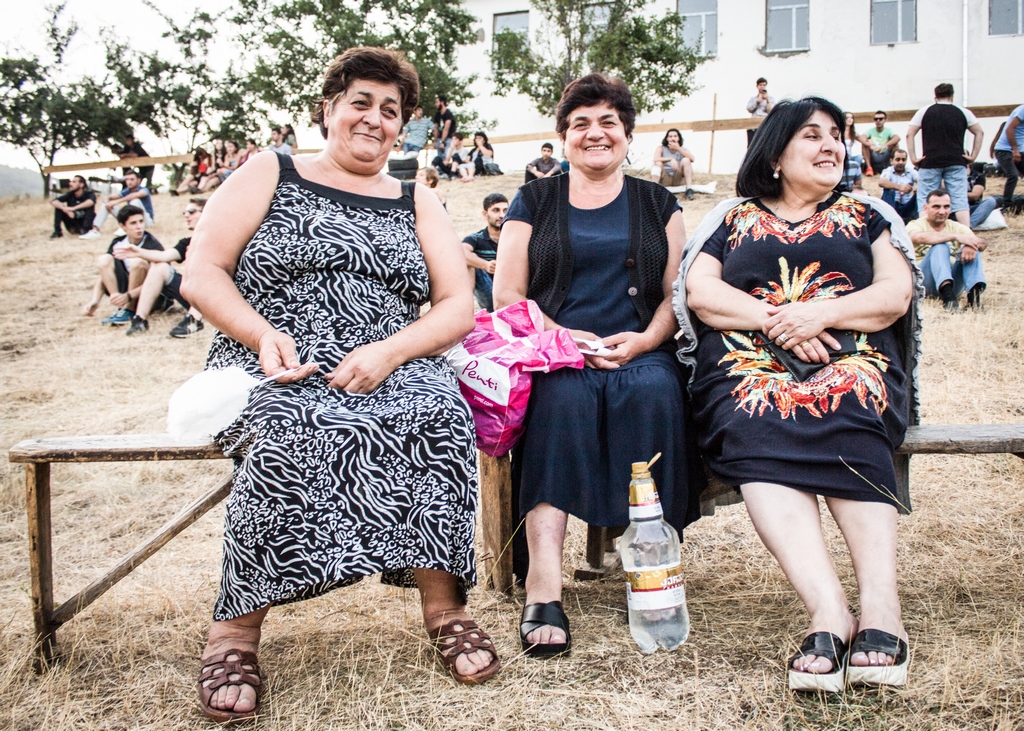 People from nearby villages and from all over the world participated in the festival. 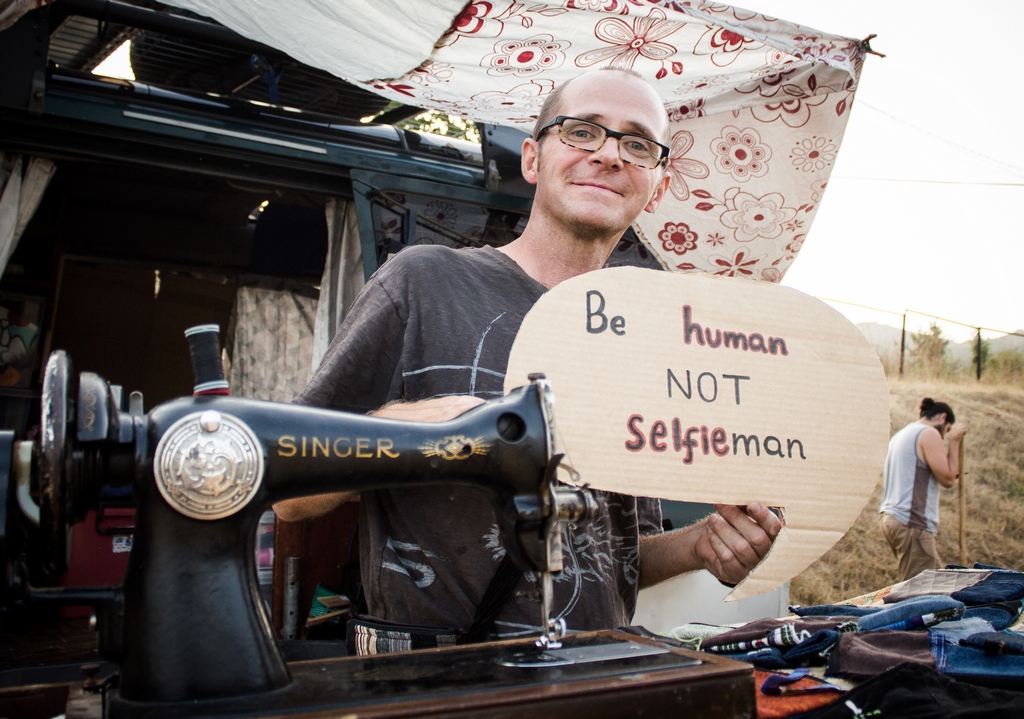 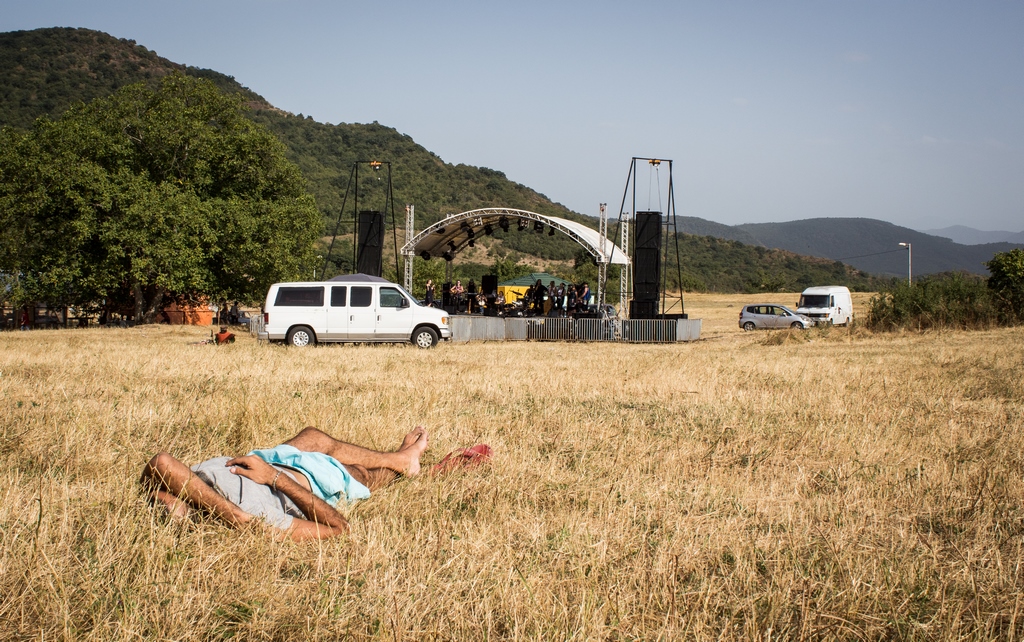 The areas surrounding the main stage was the perfect place for relaxing before the festival activities started. 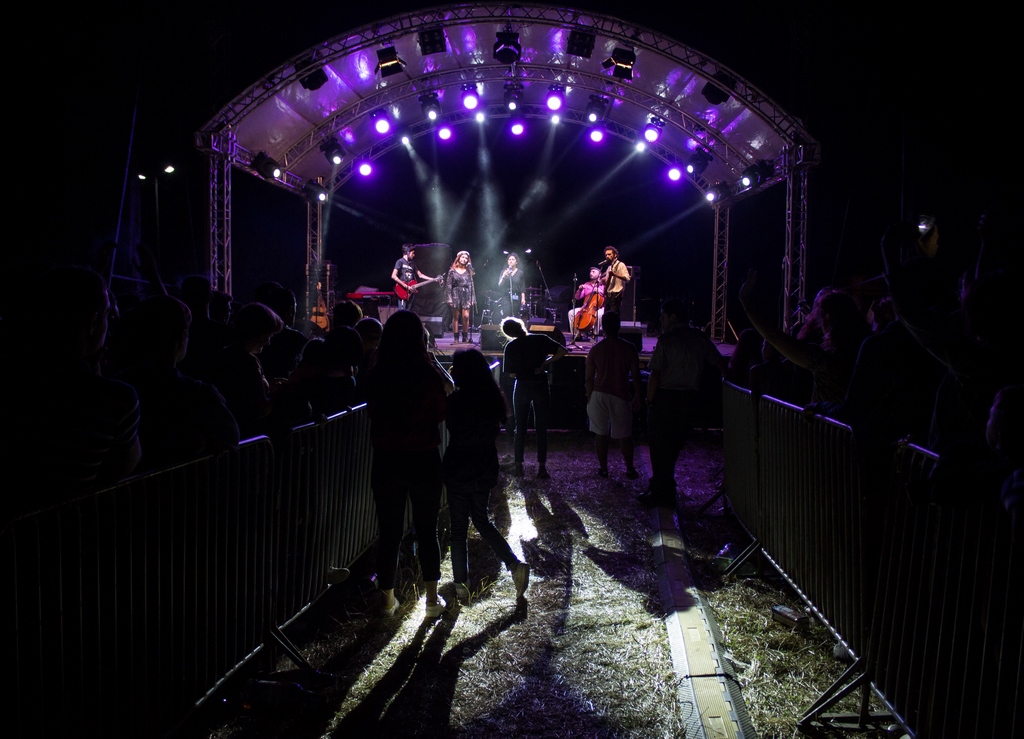 In the evening it became very crowded. People were dancing all together, making friends and enjoying this unique experience. 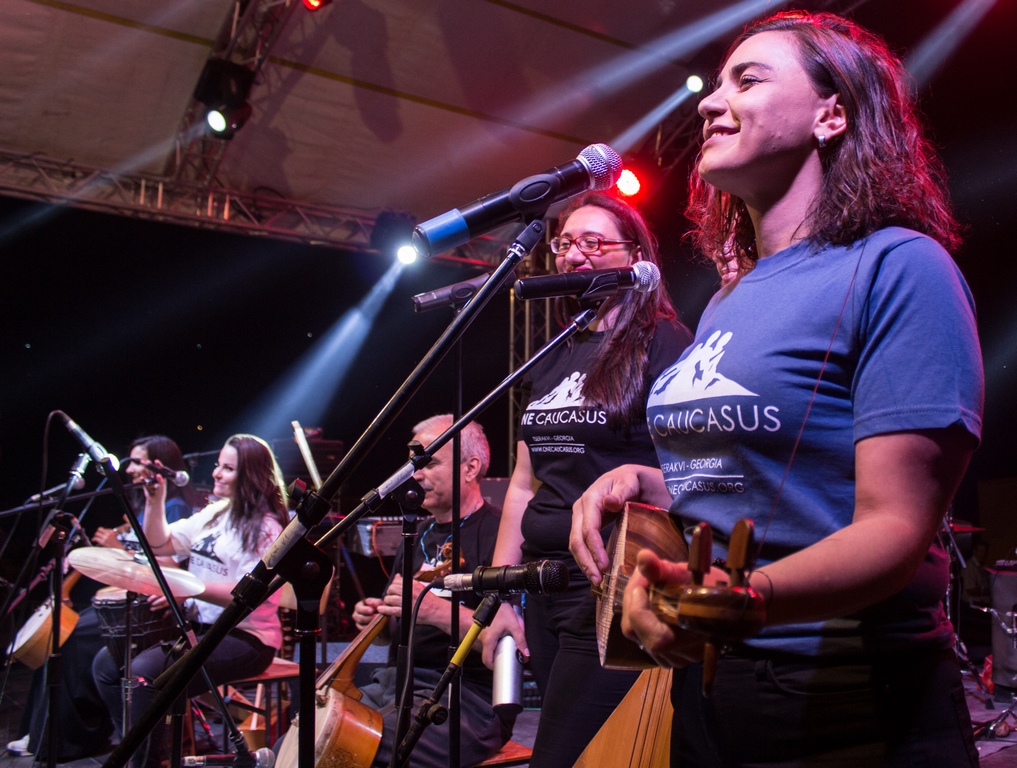 The main stage was also a place of musical experiments – Zura, a guitarist from the Georgian band “Flight mode” was playing the guitarcello. 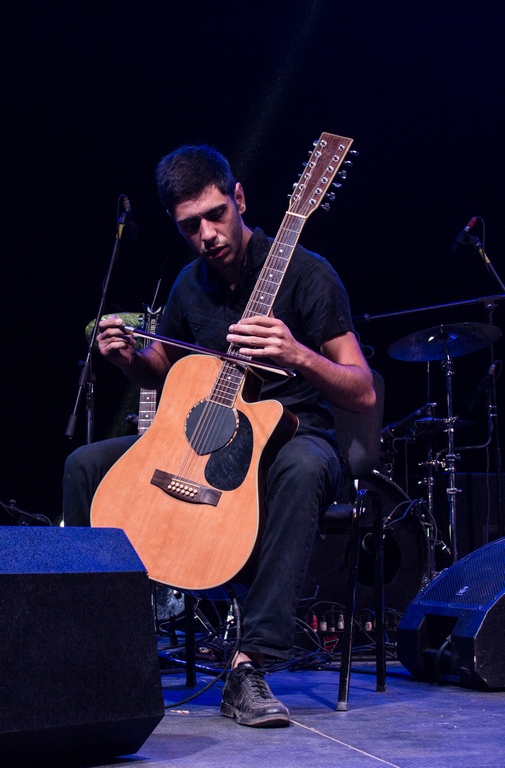 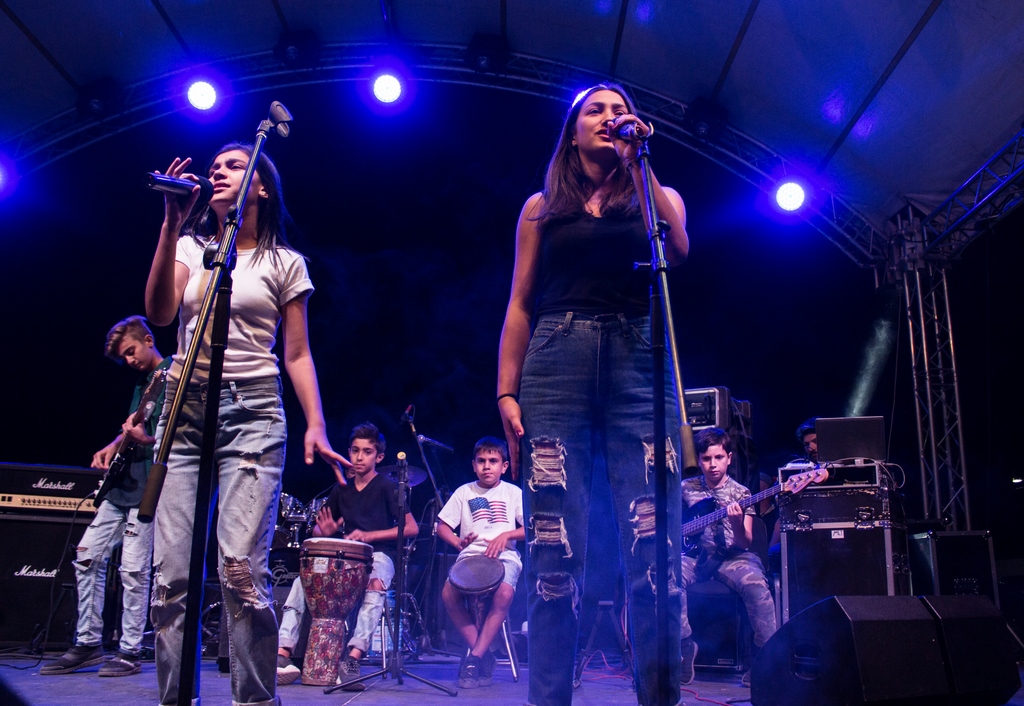 Young artists had their moment to shine on stage. 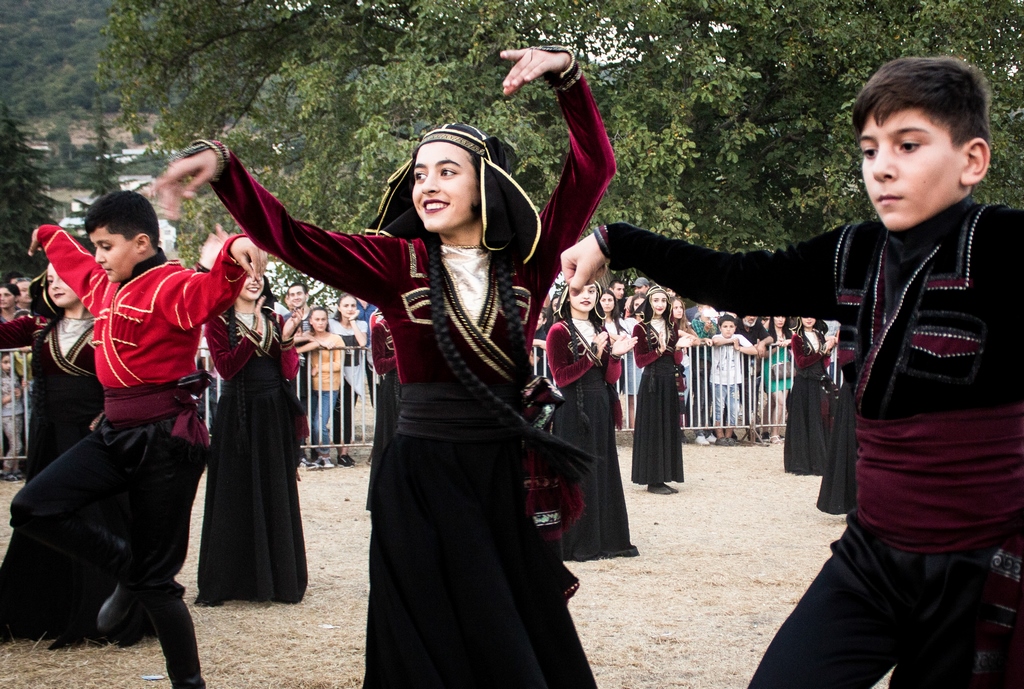 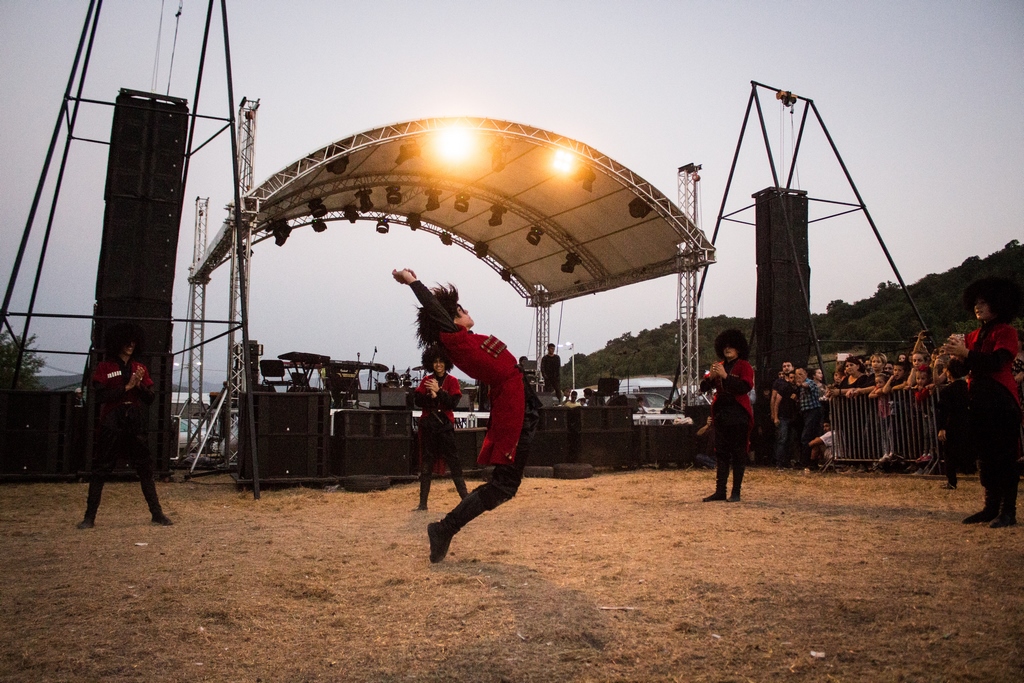 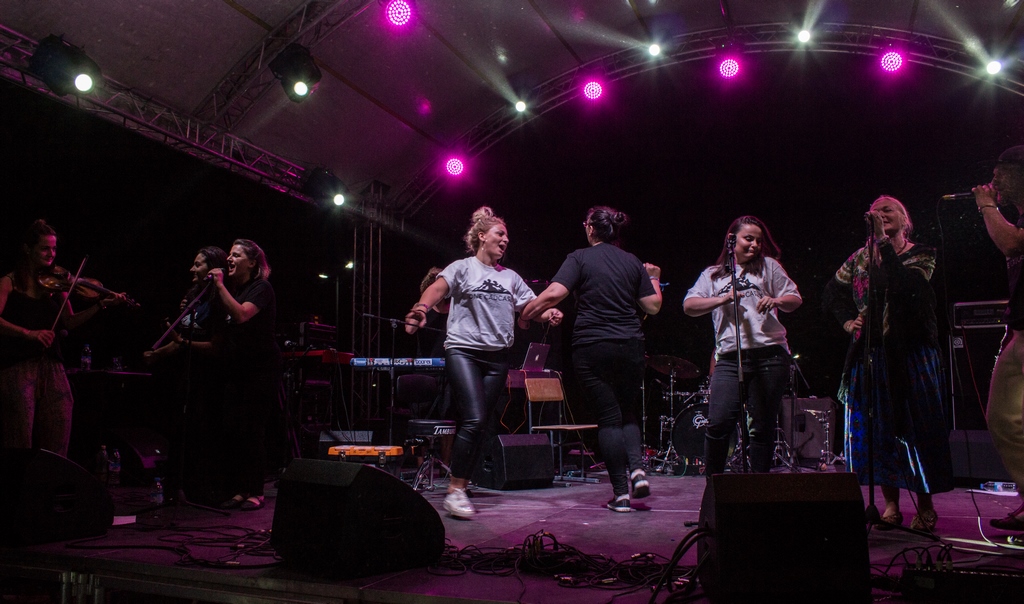 International music collaboration was a very important part of the festival program. Psio Crew (Poland) and Gordella (Georgia) gave a performance of Georgian-Polish folk songs which was full of positive energy. 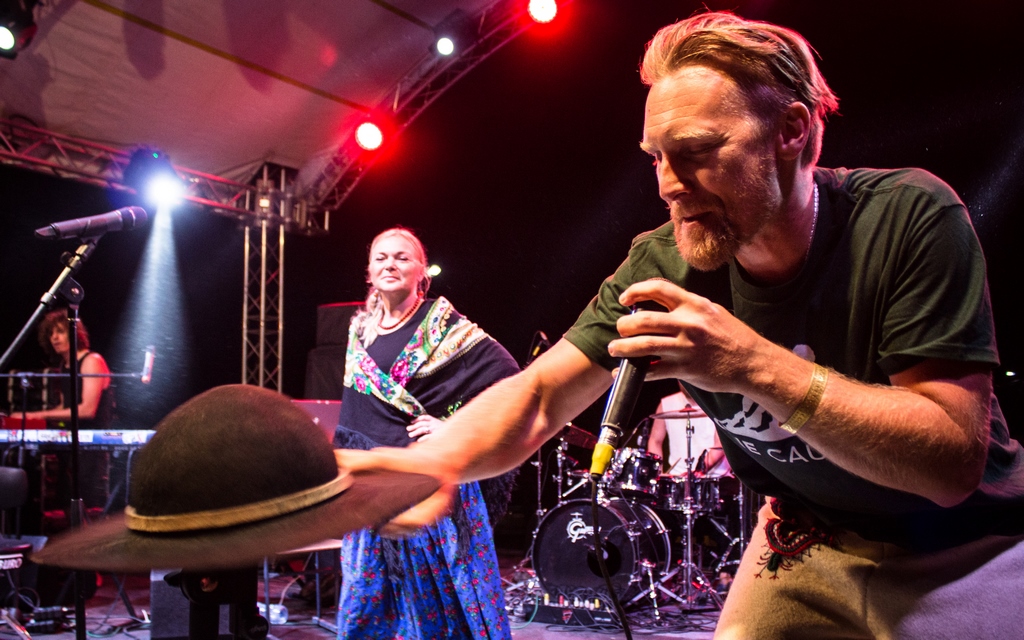 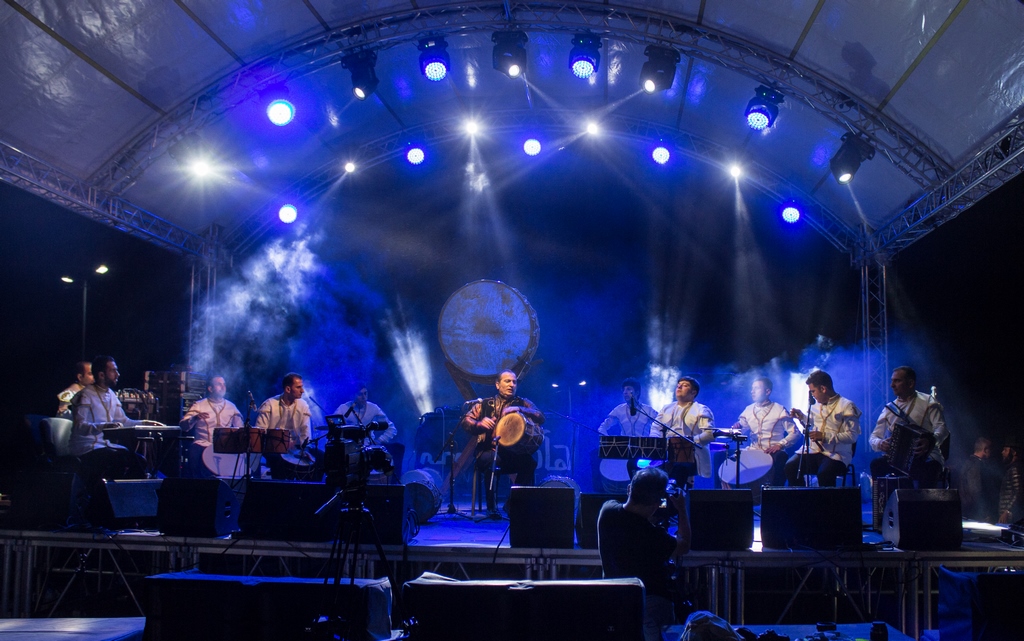 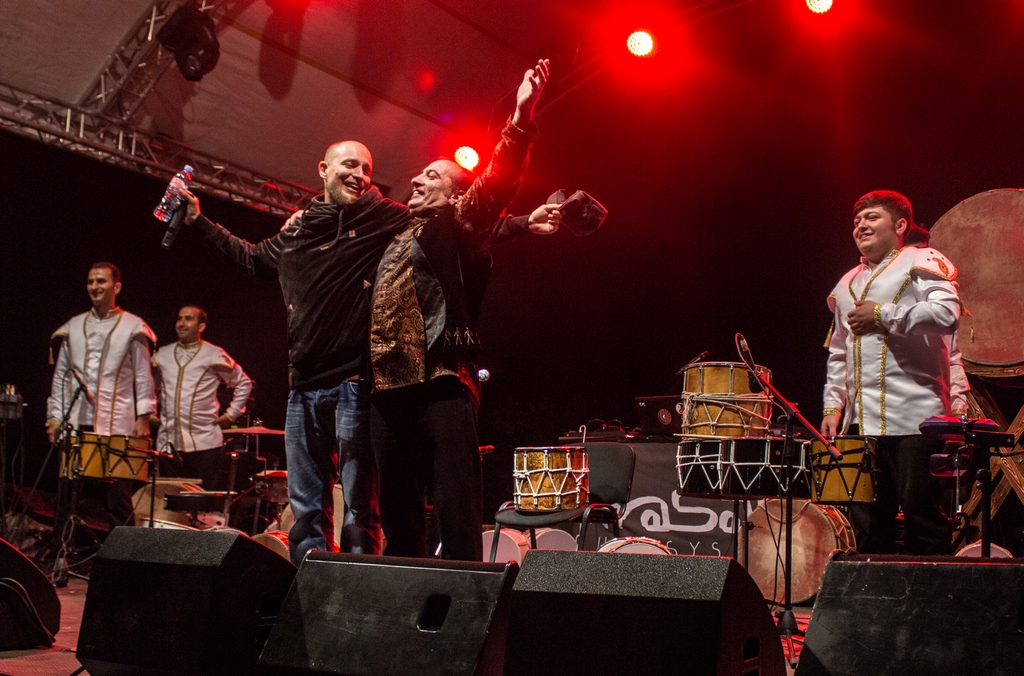 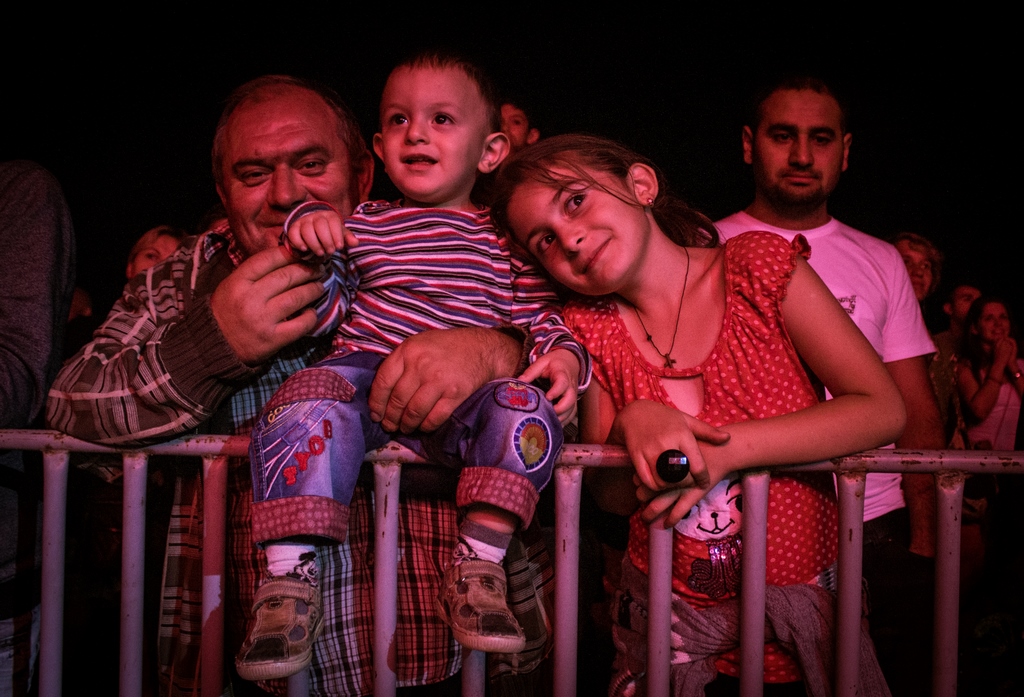 “We say that we have music without borders here. Your skin color, nationality and religion doesn’t matter. To make the festival a reality took all of us as participants, artists, volunteers and organizators to cooperate and communicate. And this is the main and most wonderful outcome of the One Caucasus Festival,” said Elene, the festival co-founder.