NGOs and journalists accused of treason in Abkhazia 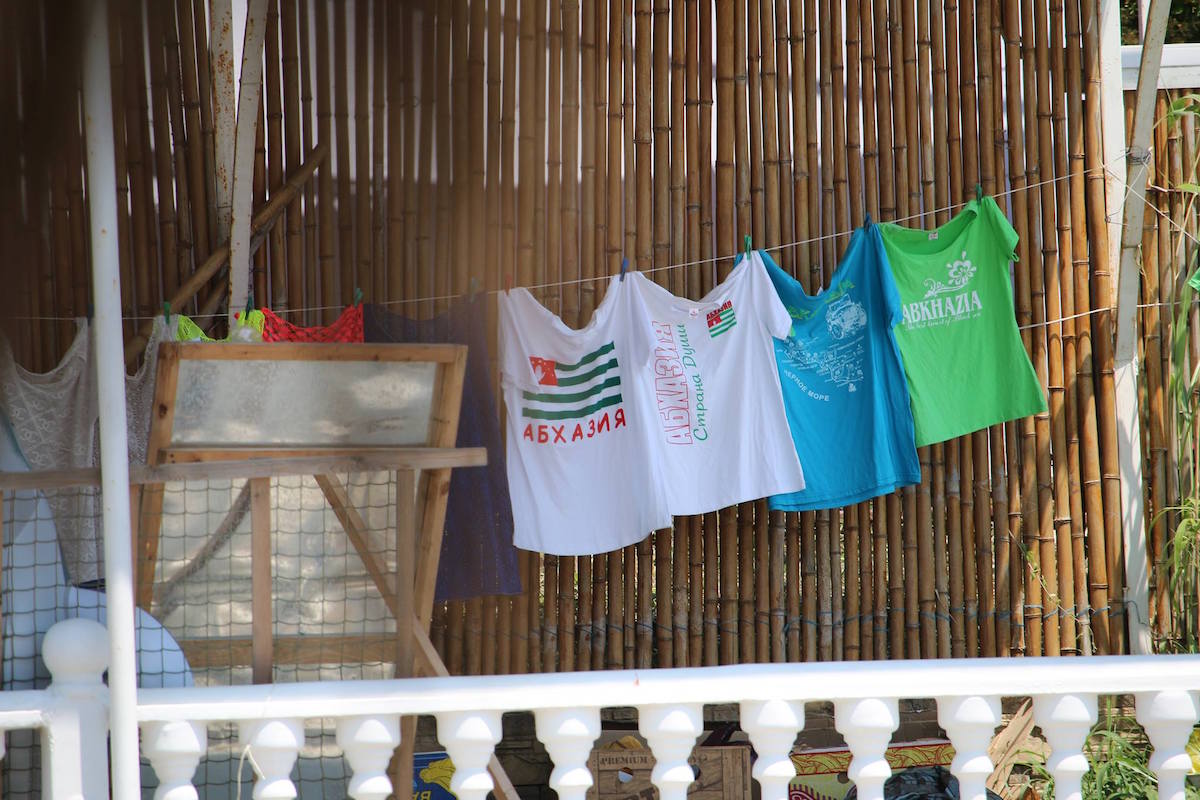 Abkhazia is again searching for ‘traitors’ on social media, and the accused are once again NGOs and journalists.

The scandal began after an anonymous post published under the title of ‘Business or Treason of Apsna?’ Attachments to this post included materials related to a project that began in 2016 under the name of ‘Preservation of the Abkhaz Language by Abkhazians and Georgians’.

Strangely, these materials have long been publically available on the internet.

In one of these documents a number of names are listed of people who participated in the projects, among them famous Abkhaz writers and linguists.

The budget of the project was also included along with photographs from a meeting related to the initiative.

The following conclusion was attached:

“The main task of the PALAG project is to involve Abkhaz society in relations with Georgia; the rendering of influence to Georgians and their oversees masters on Abkhaz youth, which will define the future of our country!”

A war immediately erupted on social media: a wave of accusations of treason against national interest. The circle of the accused was then expanded to include all Abkhaz NGOs.

Most of the accusers have anonymous accounts, but some people have decided to state their opinion openly.

“I am stunned just to what extent these NGOs have sewn their roots into our society. Today they prove to all of society that they are developing [and promoting] the Abkhaz language with the help of money from the State Department of the USA. And who else is responsible? Georgia and Corps Commander Yuliya Gumba.”

Nanba noted the linguists participating in the project in quotations and reminded readers to ‘thoroughly’ assess the activities of the NGO.

Other participants in the online discussion actively call on the Abkhaz special services to investigate the activities of NGOs. In comments, one can see calls to implement a ‘Law on foreign agents’ – a law that is currently in place in the Russian Federation as well.

H owever, the opposing side did not remain silent – many voiced their opinions that those who had come under the target of the ‘press’, including journalists, linguists and NGOs, had done much more for Abkhazia than those who accuse them of treason.

“If we continue to listen to our ‘ultra patriots’ for just a few more years, our rich Abkhaz language will no longer be able to fulfill the requirements of a modern society,” says one of the leaders of the PALAG project on the Abkhaz side, Asila Lomia.
“So, in Georgia there are people that not only allow Abkhaz experts access to the most advanced and modern technologies, but they support them in their important initiatives. Without their help, international funds wold never care to work with the Abkhaz language. It’s a sad reality, but we have to look at [the situation] with open and clear eyes.”

Asila Lomia suggested that those that are frustrated by the financing of the project by the USA look at the fact that they are using an American resource, Facebook, to put forward their accusations.

T he search in Abkhazia for the ‘internal enemy’ is a well-planned movement, believes Liana Kvarchelia, an expert in one of the most influential Abkhaz NGOs, the Center for Humanitarian Programmes.

Liana Kvarchelia suggested that society think on and answer the following questions:

The attack on the writers, linguists and NGOs is being led by those who believe that Abkhazia will not survive as an independent state, believes Kvarchelia.

“The anonymous accounts don’t allow themselves to openly speak out against the independence of Abkhazia, and because it isn’t very wise to criticize NGOs for trying to expand contacts with the outside world, they use meetings with Georgians as their main weapon,” writes Liana Kvarchelia.
“Abkhazia must use all resources and opportunities in order to make it into the international arena. It’s important, of course, to try to make direct contact with the outside world. And if it doesn’t work out directly, then one has to use the arenas and platforms created around the Georgian-Abkhaz conflict, which, by the war, opens doors that are otherwise unavailable [to us].”
“Moreover, if we want to exclude the possibility of a repeat war – if we are really aiming at stable peace in an atmosphere of dynamically changing geo-politics – then we have to act today in order to ensure that nobody uses force. And for that, we have to have a dialogue with the Georgian society,” believes Liana Kvarchelia.
Go to top