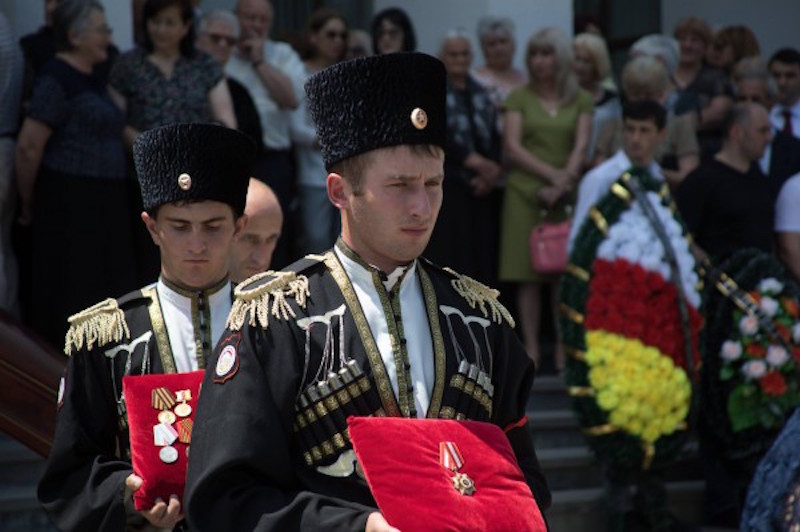 A national Pantheon has been established in South Ossetia by decree of President Anatoly Bibilov.

It is located on the western outskirt of Tskhinval, on the road leading to Tbet village. Earlier, the venue was used as a memorial for those who defended the motherland.

On June 25, Nafi Jusoyty, an outstanding South Ossetian scientist, was buried there.

The remains of his brother, Taimuraz Khagety, a well-known Ossetian poet, are expected to be brought from Nogir village in North Ossetia to the Pantheon soon.

Toponyms and terminology used in the publication, as well as views, opinions and strategies expressed in it do not necessarily reflect the views and opinions of JAMnews or any employees thereof. JAMnews reserves the right to delete comments it considers to be offensive, inflammatory, threatening, or otherwise unacceptable.