In May 2016, it will be a year since Georgian ex-President, Mikheil Saakashvili first moved to Odessa. In his words, he has become the city’s ‘new landmark’. At the same time, his appointees have failed in local elections – but Saakashvili’s popularity is continuously growing outside of Odessa. Is there anything wrong in Ukraine like there is in Georgia?

Since his very first day in office, Saakashvili declared the fight against corruption a priority of his in Odessa. Below is the list of his major achievements with regard to this: 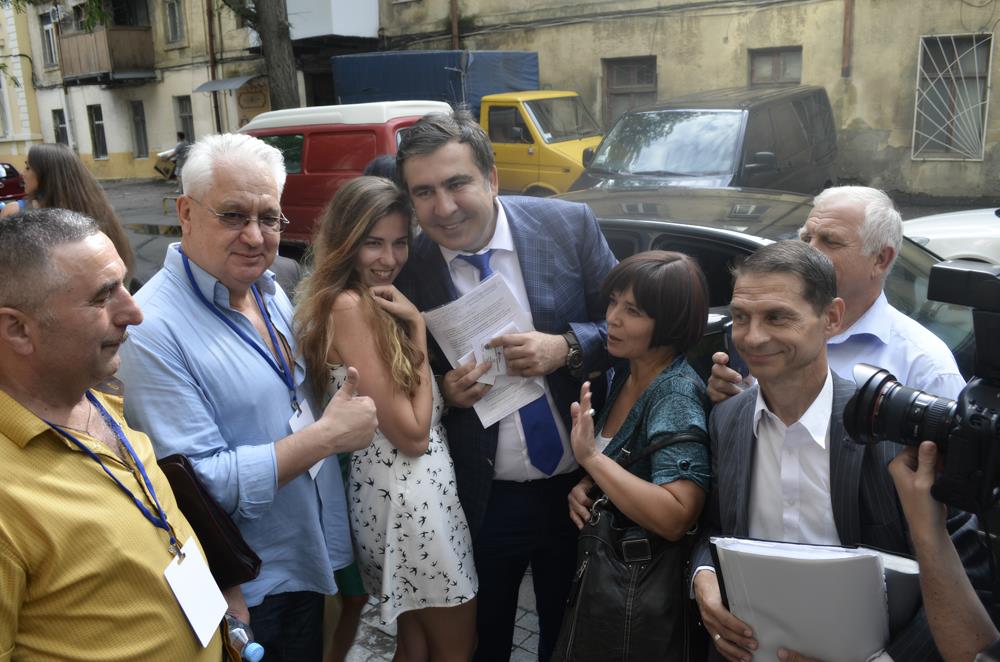 How things have turned out so far:

But the most serious doubts about the effectiveness of the ‘Georgian model’ of reforms in Odessa have emerged following the regional elections in October.

Despite a huge number of parties and candidates, it was mainly a struggle between two camps – former city owners and new Ukrainian government officials. The first secured a landslide victory.

Saakashvili’s entire activity received just 46.6% of the vote in regional elections. More than half of Odessa population did not turn out for the polls, despite the appeals of Saakashvili’s team.

Is the ultimate goal nothing and the movement everything?

‘For Purification’ – under this title Odessa governor, Saakashvili, started touring with his ‘anti-corruption forums’ across the districts of Ukraine. Talking about corruption and detailing flaws of the existing state system, he is gaining large popularity. He traditionally starts his speech in Ukrainian, then, apologizing, he switches into the Russian language.

Saakashvili talks about a sore subject in simple human language, rather than in a ‘political, bureaucratic’ language, touching upon the issues that an ordinary citizen of the country is facing. His main argument – examples from Georgia from his presidency.

‘My political ambitions in this country are much more than just holding the prime minister’s post. I want to set new game rules and bring a new political elitein Ukraine to power, Saakashvili claimed in one of his most recent interviews.

At the same time, he supports Poroshenko, claiming that the Ukrainian president’s key advantage is his ‘readiness for reform.’

It is too early to talk about the effectiveness of Saakashvili’s new movement, ‘For Purification.’ However, his growing popularity outside of the Odessa region cannot be ignored.

On the eve of the anniversary of his move to Ukraine, for many people Saakashvili has become sort of ‘outsider’, who is not linked to the local oligarchic system and who will probably be able to deal with it.

As for former the Georgian President, he seems to be acting like a cyclist, who knows that stopping is equal to falling down.