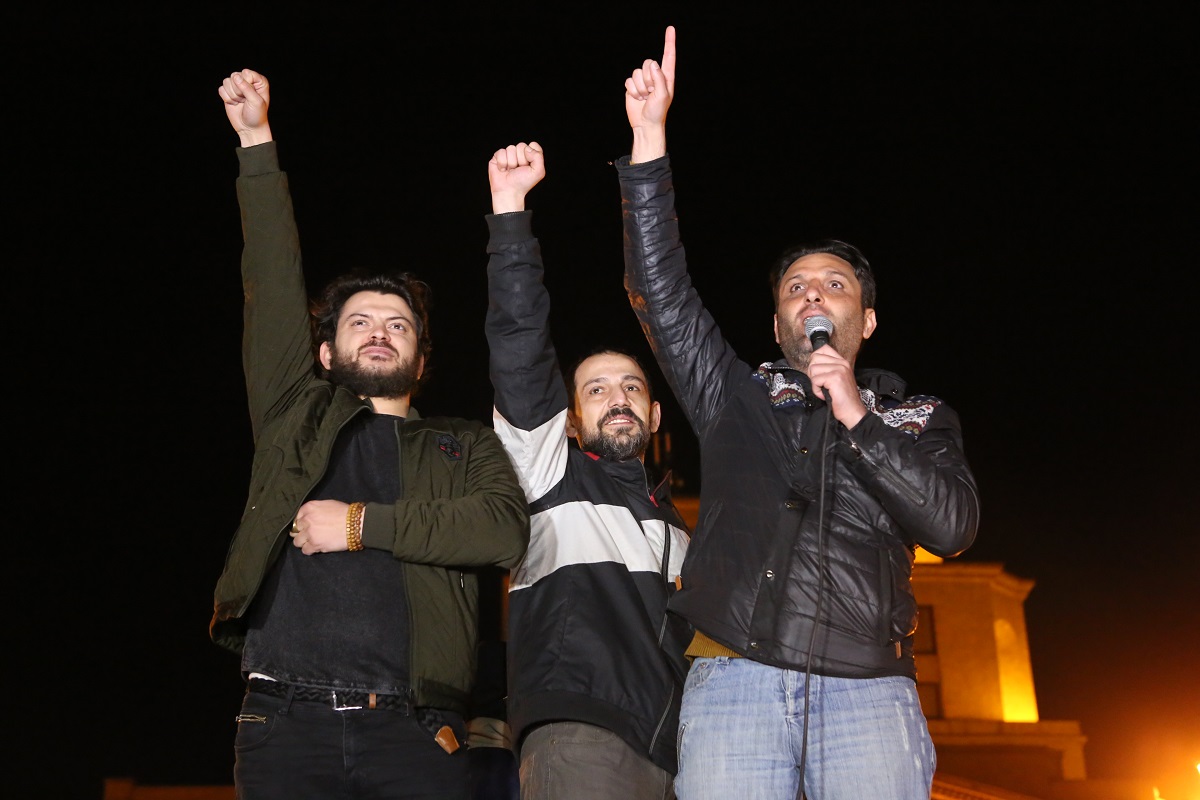 Protesters are on the main square in Yerevan – Republic Square. New speakers have taken the floor at the central platform, after the organiser of the movement, MP Nikol Pashinyan, was detained.

As a sign of the continuation of peaceful protests, pigeons were released from the square.

The police have released another message, saying that it is ‘in control of the situation’ and that it will “fend off any encroachment on the constitutional system of Armenia and will use all the tools available to the state within lawful coercion”.

The EU has called for political dialogue to regulate the internal crisis. European diplomat Maya Kotsyanchich said in a statement that:

“The European Union is waiting for the authorities of Armenia to use the law proportionally and in accordance with its international obligations, including within the framework of the European Convention on Human Rights. Those who were detained while exercising their right to assembly must be immediately released”. 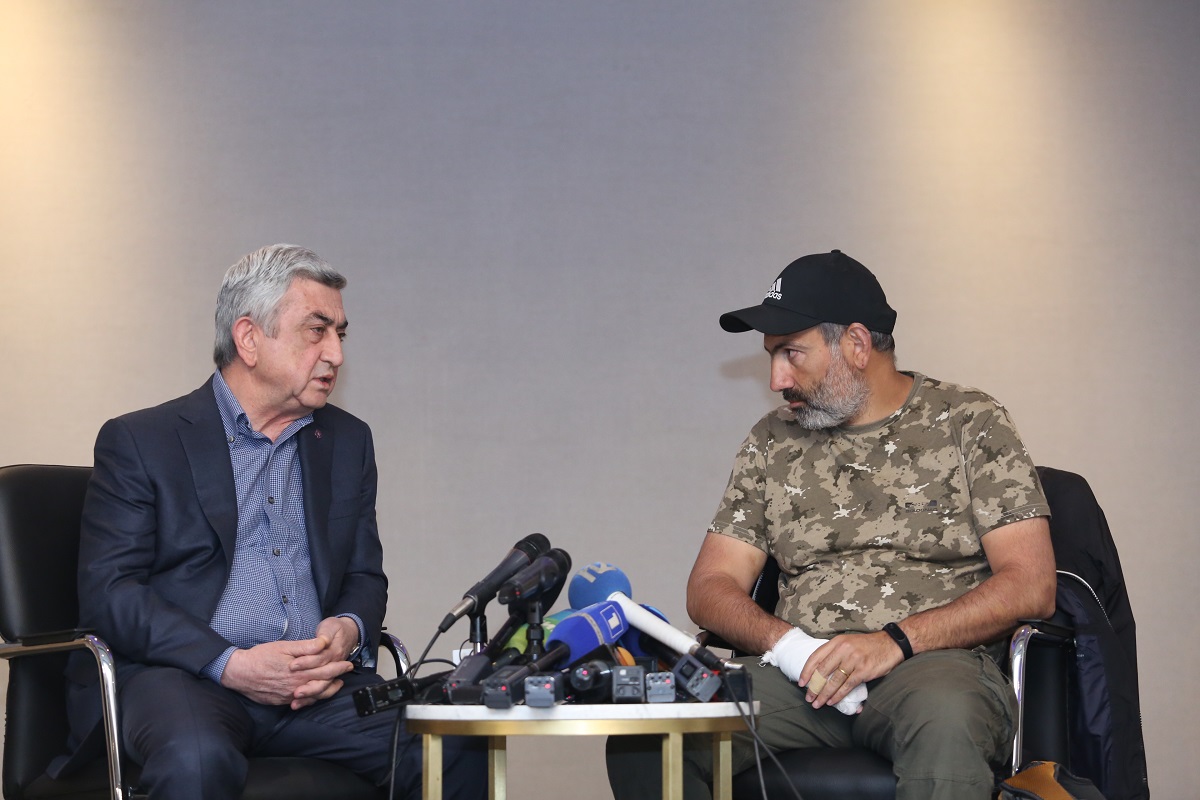 As Pashinyan stated last night, the matter up for discussion was Sargsyan’s resignation. However, the discussion ended quickly. The two sides expressed their views in front of journalists, after which Sargsyan left.

“We are very happy that you responded to my numerous requests to speak, although I do not know what we can discuss in the presence of dozens of journalists. But, nevertheless, I am glad that we have met.”

Pashinyan countered, saying that he did not intend to carry out a dialogue but had come to discuss the issue of Sargsyan’s resignation and the smooth transfer of authority.

“These are not negotiations, not a dialogue. This is practically an ultimatum to the state – this is blackmail. You do not understand the responsibilities [involved], nor have you learnt the lessons of 1 March,” said Sargsyan.

On 1 March 2008, ten people died as the police moved to disperse a group of protesters demonstrating against the results of the presidential election. Serzh Sargsyan was elected. His main opponent was Levon Ter-Petrosyan, whose supporters were convinced that their candidate had won and that the real result had not been published.

“If the conversation continues in such a tone, then I must advise you to return to the field of law and to the boundaries of logical action. Otherwise, all responsibility falls on you.”

Pashinyan answered that the situation in Armenia had changed and that the power was already in the hands of the people.

Sargsyan reminded the opposition leader that his faction in parliament had gained only seven percent of the vote and that he did not have the right to speak ‘for the people’.

“I have no desire to continue this discussion any further. If you do not accept the official ruling made by the government, then goodbye. Journalists, you can draw your own conclusions.”

After these words, the PM left the Marriott hotel where the meeting was held. Pashinyan stated that Sargsyan was not in control of the situation and called on protesters to continue the demonstrations with redoubled effort.

Pashinyan was detained by police shortly after.