Local self government elections are the most important

On 21 October elections for local self-governing bodies will take place in Georgia. Five self-governing cities and 59 municipalities will vote for mayors and local city councils or sakrebulo.

The last elections in Georgia took place in October of 2016 when the country elected a parliament. Since that time, the political landscape in Georgia has drastically changed.

The main change took place in the ranks of the opposition. Some parties moved towards collapse, while other opposition leaders left politics entirely. Consequently, the ruling party has fewer reasons to worry this time around.

After the parliamentary elections the main opposition force, the party of former president Mikheil Saakashvili, the United National Movement (UNM), was divided into two parts. A significant number of its leaders left and created a new political movement called European Georgia.

The UNM does not have a sole leader this time around. Mikheil Saakashvili remains the engine behind the party, however, he is of course less concerned about municipal elections in Georgia as Ukraine is higher on his political agenda.

On 17 October he is planning to hold a large demonstration with his political partners in Kiev and to demand early parliamentary elections.

These are the first elections after the collapse of the UNM, and consequently the first opportunity for former partners to try their hand and to compete with one another. 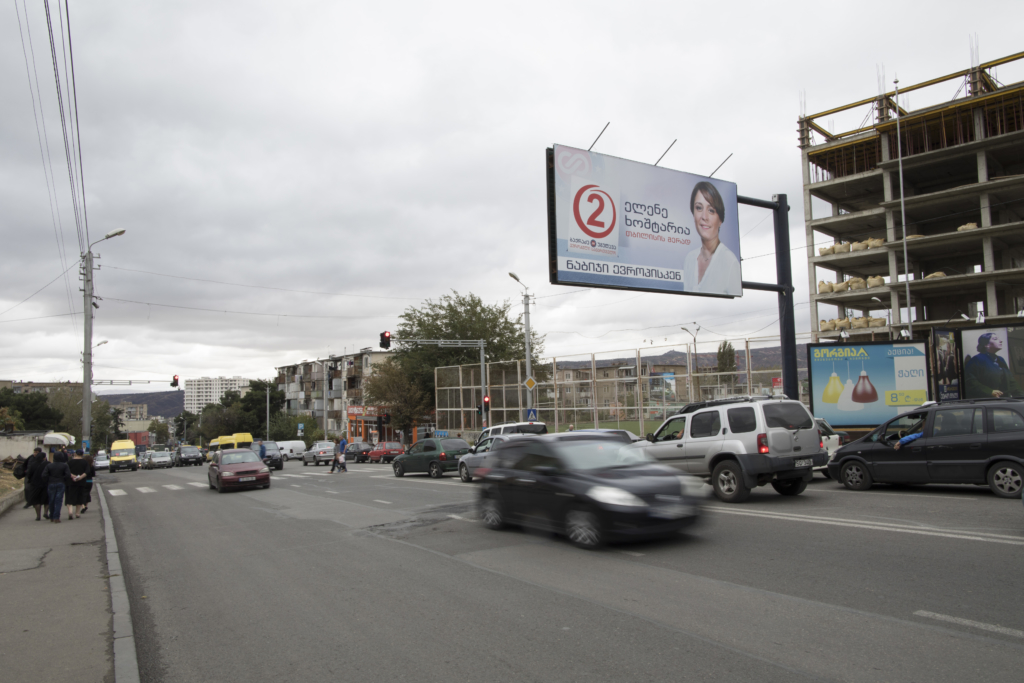 Another important difference from the previous elections is that the former prime minister and informal leader of the reigning party Georgian Dream, billionaire Bidzina Ivanishvili, has completely distanced himself from the pre-election campaign of his party.

The campaign is coming to an end and Ivanishvili has not appeared even once in public. They say that he spends most of his time in his residence by the seaside and is busy with creating a dendrology park. He is not seen at political events and he does not give interviews to journalists, unlike last year where he actively participated in the campaign. 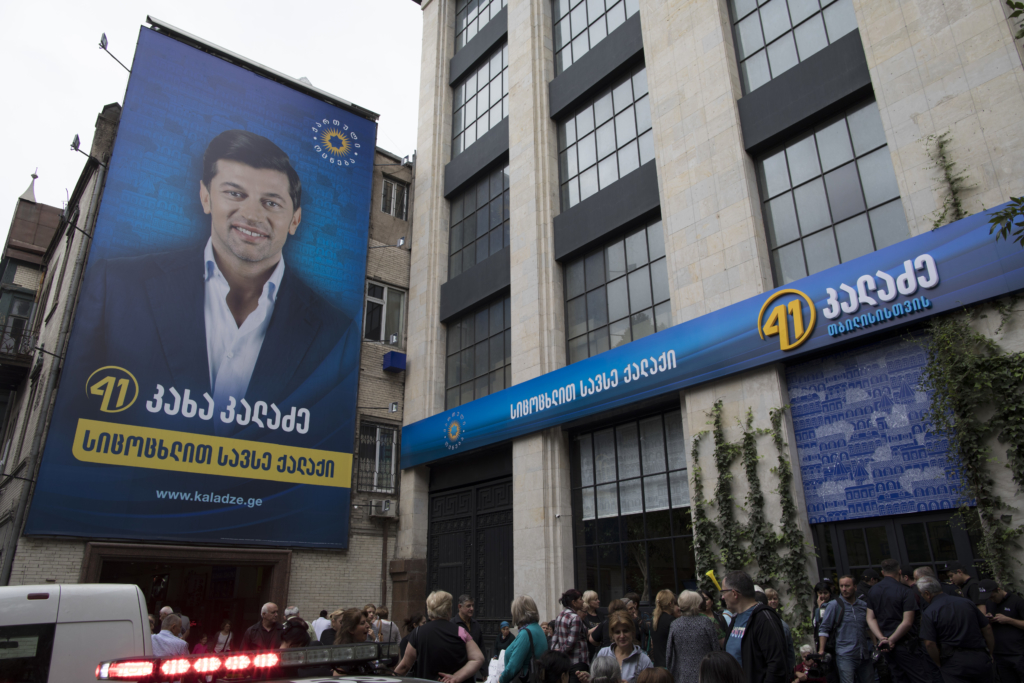 The main intrigue of the municipal elections is the fight for the mayorship of Tbilisi.

There are a few reasons. First off, Tbilisi is the largest city in Georgia where about a third of its population lives. Moreover, residents of Tbilisi are more politically active than elsewhere. The second and main reason is that last week the parliament of Georgia approved changes to the constitution, according to which the population of Georgia will no longer directly elect a president. This means that the mayor of Tbilisi will be the main elected political figure in the country which will give him a high degree of legitimacy.

The mayor of Tbilisi is elected once every three years by the public electorate during municipal elections. In order to be elected in the first round, a candidate must receive 50 percent of the vote. If no candidates receive half of the votes, a second round is held, which takes place two weeks after the first vote. The current mayor of Tbilisi, Georgian Dream member David Narmania, was elected namely in this fashion. There are 3.5 million registered voters in Georgia, and about a million of them live in Tbilisi. 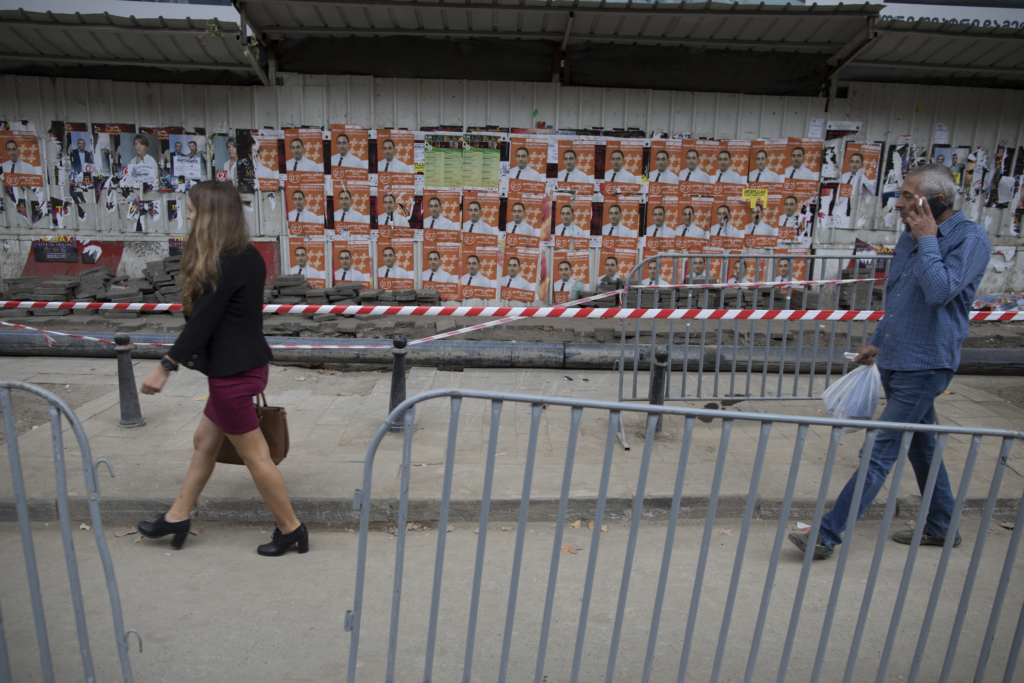 The ruling party has put forward Kakha Kaladze as its candidate for mayor. He is a former football player, a defender for the Italian club ‘Milan’, and has been involved in politics for five years. He is close to Ivanishvili’s family and is friends with his billionaire son, Bera.

From the day that he entered politics up until now, the 39-year-old Kaladze has changed significantly. He is much more confident in himself. He never hid his political ambitions even as a football player. Kaladze is rather rich and, unlike other members of Georgian Dream, he is not financially dependent upon Ivanishvili.

Taking into account these circumstances, many were surprised when the reigning party put him forward as a candidate, because the experience of recent years shows that Ivanishvili does not like ambitious and independent leaders and he has entrusted the managing of the country to less noticeable officials.

According to a survey conducted by the NDI in July, Kaladze is the most popular candidate with 37 percent of those surveyed saying they would vote for him.

The same survey showed that 22 percent would vote for the independent and partyless candidate Aleko Elisashvili. A former anchor, the 39-year-old Elisashvili is an independent MP in the Tbilisi sakrebulo.

Over the past three years he has acquired a reputation for his fight against large-scale developers and corruption.

While putting forward his candidacy, Elisashvili stated that he is not bound by any party nor the influence of large businesses. He promised that he will work only for the people if he is elected.

Elisashvili is supported by voters who do not like the UNM nor the Georgian Dream.

Despite its difficulties, the UNM has remained the main opposition force and put forward 45-year-old Zaala Udumashvili as its candidate.

An anchorman with 25 years of experience, he has become a new face in Georgian politics. Udumashvili stated that he will be ‘a candidate for angry Tbilisi residents’.

Having broken off from the UNM, European Georgia put forward 38-year-old Elena Khoshtaria, an MP of parliament. In 2007-2012 she was the First Deputy Minister for Euro-Atlantic Integration. In 2016, she headed the electoral list of the UNM.

The pro-Russian Patriots’ Alliance candidate is Irma Inashvili. The ‘labor’ candidate is Georgi Gugagva, while ‘conservative’ Kakha Kukava will also run for mayor, in addition to other candidates, of which there are a total of 14.

City planning, problems with the environment and traffic on the roads are the questions that almost all candidates have put forward in their platforms.

Of course, social problems, unemployment, low pensions and poverty are still relevant for the country; however, for Tbilisi residents, urban-living problems remain a priority, such as the layout of the city, difficulties with infrastructure, public transport and the environment. This is also a recent development of the upcoming elections.