Top news of the day in Azerbaijan and Armenia-the Presidents of the two countries met in Vienna on the eve of May 16. The meeting was held with the mediation of the OSCE Minsk Group. The Russian Foreign Minister, Sergey Lavrov, U.S. Secretary of State, John Kerry and French Secretary of State for European Affairs, Harlem Desir, represented the Minsk Group Co-chair countries at the meeting.

Outcome of the negotiations:

“There has been progress on the French proposal to do something about those missing in action. In regards to Azerbaijan’s repeated demand-new talks in June with the word ‘comprehensive’ attached to them: there’s lots more to do, but it’s a good start. This proves that that if the three foreign ministers put their weight behind something the Armenians and Azerbaijanis can actually agree to something, reads the Facebook post by Tom de Waal, expert on Caucasus issues at the Carnegie Endowment for International Peace.

Serzh Sargsyan held a news conference right on board a place, following the talks in Vienna. In particular, the President stated: “The Azerbaijani President assured that his country and he personally did not have the intention of solving the problem by military actions. I’m sure you understand pretty well and can even figure out what my reaction would have been. And it was as follows: that’s good but inspires little hope. Such talks have taken places many times, but the fact is, the [ceasefire] agreements have not been respected for several years. 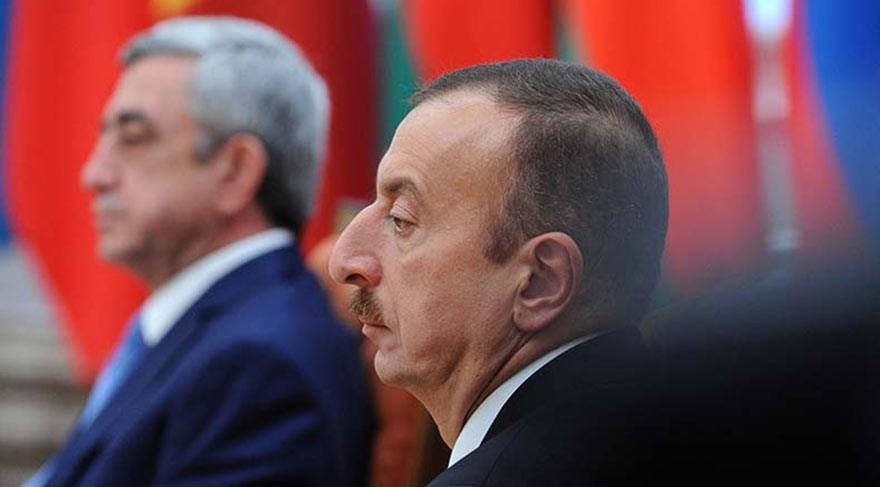 The talks were held in Yerevan amidst the consideration of a bill “on the recognition of the independence of the Republic of Artsakh. On May 16, the Parliament’s Standing Committee on External Affairs did not approve the bill, thus preventing it from reaching the National Assembly’s plenary session.

It did not come as a surprise. Politicians and political analysts in Yerevan were stating right from the beginning that there would be no recognition. Karabakh may be recognized only in response to a wide-scale war, when there will be nothing more to lose.

Yet, some clarifications were made during the parliamentary committee sitting. Namely, Artak Zakaryan, the head of the National Assembly’s Standing Committee on External Affairs, a member of the ruling Republican Party, stated: http://news.am/rus/news/327336.html

“In fact, the NKR is an established state. However, the issue is still developing and we should not take unilateral steps that will put everyone–our partners and us-in an awkward situation, preventing them from becoming participants in the international recognition by way of a peaceful settlement.

This morning, the day after the talks, both sides reported on some new incidents on the contact line in Nagorno-Karabakh.

The APA news agency cited the Azerbaijani Defence Ministry press service, stating: Tahirli Natig Namig oglu, an Azerbaijani Army soldier, was killed on May 17, as the Armenian armed forces violated the ceasefire on the contact line immediately following the completion of the talks [in Vienna].

The Armenian news agencies also reported on the incidents, referring to the Nagorno-Karabakh Defence Ministry. However, as they claimed, “the Azerbaijani Armed Forces destabilized the situation and began provocative measures.

As reported, particular tension was observed on the south-eastern (Hadrut) and eastern (Martuni) sections of the contact line, as a result of which, “Khachatur Harutyunyan, 20, the NKR Defence Army serviceman, sustained a fatal gunshot wound.

The recent talks have stirred up lively discussions on Armenian social media.

One of the most popular posts is entitled: “How I, Aliyev, spat in the face of all the high-rank mediators at the Vienna meeting.

“While we’ll be negotiating, they’ll be killing our soldiers at the front here! That’s exactly what Aliyev did (after all, it was on his order that there was an attempt to escalate the situation in Karabakh at the same time as the meeting; those, who are well-aware of the philosophy of the elite in Azerbaijan have no doubt about it). I wonder whether after all that a joint communiqué would be released, the text of which, as the mediators claimed, had been already agreed upon? How will they regard the disrespect, which first of all, for them, was demonstrated in such an arrogant and cynical way by Aliyev, himself! Does anyone have doubts about which party breached the oral agreement on the so-called ceasefire, reached on April 5?

When one of the Armenian users had shared a link to the Azeri media report on the killed Azerbaijani soldier, there were the following responses:

“As for the soldier, who was reportedly killed that night from the Azerbaijani side, I recommend to everyone…to find out, when exactly that Azerbaijani Army soldier perished. This is a bloody hide-and-seek game of a tall-grown and high-rank chief Azerbaijani going on.

Both of the following trends are present on Armenian social media:

1) One should not be afraid of war, Karabakh should be recognized

2) Let’s stop the war because people are dying on the battlefield.

“Our people are wise; people know how to solve the Karabakh issue, but the authorities interfere. People know that we should force Azerbaijan to come to an agreement. We should teach this country a lesson. However, the Armenian authorities are afraid of losing their power, so they don’t let the people decide this issue themselves. The fact that the nation united during the four-day war does not mean that the people should trust the authorities and believe in the authorities’ pledged proposal for peaceful resolution.

“I’m surprised at how people, who have sons in the army, can talk about a military solution to the problem. I have no children, but that does not mean that I can make someone else’s child fight for something that could be resolved peacefully. Rest assured, the authorities know better what’s what. If it hadn’t been possible to resolve the conflict peacefully, they would not have engaged in talks. Ruben Mehrabyan, political analyst and expert at the Armenian Center for Political and International Studies:

“It’s very important now to prevent the re-launching of the systems that have been operating for the past six years. As a result of this, Ilham Aliyev usually begins expressing his anger at Moscow’s behest. It is clear that without Moscow’s support and arms supplies he would have never managed to initiate hostilities on such a scale, since nobody but Moscow has assisted in a similar manner.

It is necessary to introduce permanent monitoring instruments on the border. A set of military-technical measures is required to minimize the chances of such cases as: snipers’ withdrawal from the border; withdrawal of the artillery; international tools of investigation into possible ceasefire violations; the bearers of responsibility for such violations.

In this case, it will no longer be possible to violate the ceasefire and put the blame on the opposite side. Any violation must be punished.

“The recognition of Artsakh seriously hampers Kremlin’s expansionist scenario in the region. It is no accident that President Obama’s native state-Hawaii-recognized Artsakh right during the nuclear summit in late March this year, when President Sargsyan and Aliyev were visiting Washington D.C.

Since they have no legal consequences, such acknowledgements represent messages directed at the region, addressed to all parties to the conflict, as well as to Russia. In addition, the Democratic Party of Artsakh was admitted as an Associate Member of the European Free Alliance – the European Parliament’s 6th largest party.

Azerbaijani social media has reacted to the news about the Presidents’ meeting in a reserved manner. Two other news stories are still on the public agenda: increase in the water tariff and the story of young activist, Bayram Mammadov in regards to the tortures he was subjected to as member of the police.

The users of the disput.az forum have turned out to be more active. They are unanimous in their belief that the meeting will bring no good to Azerbaijan and that there will never be the triumphant return of Karabakh.

‘Although the pocket analysts are now excitedly exclaiming on TV about the success of the negotiations…as a result, we have missed a real chance to solve the problem.’

‘We haven’t heard it yet, but I’m sure, we will hear soon…they are just preparing the wool to be pulled over. So, it’s high time for us to prepare for their lies. I’ll go and remove a flag from the car.

‘I haven’t expected much from this meeting. Military means are the only way to resolve the situation in our favor, no matter how harsh it sounds. Everything else is a perfidious trap.’

‘Armenian diplomacy is now convincing the West that Armenia’s rejection of the Eastern Partnership and other western projects is due to the fact that Russia is using its arms supplies to Azerbaijan to blackmail Armenia. That is to say, Armenians are making us out to be Russia’s weapon, which proves that our diplomacy is lacking competence.

‘I’m kind of starting to have second thoughts about our victory in the 4-day war; Armenians probably succumbed to us to achieve today’s result.’

‘Yes. We hoped to regain several districts. We have been deceived, as always.’ 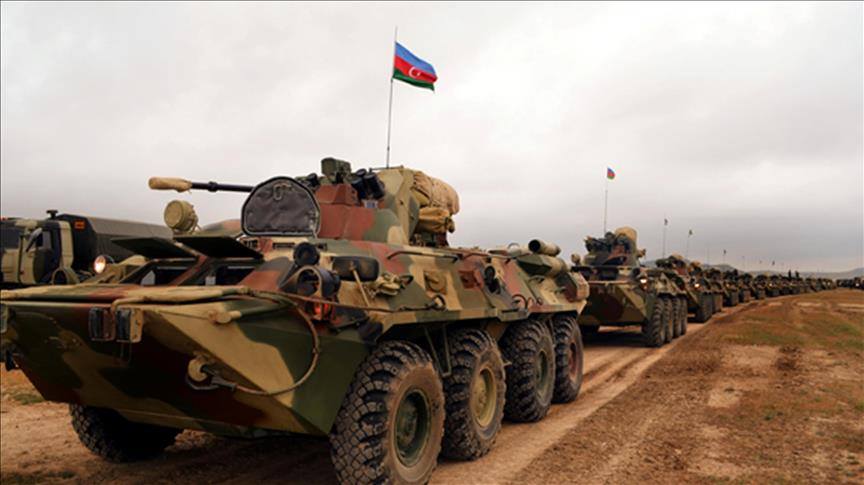 Elmar Mammadyarov, the Minister of Foreign Affairs of Azerbaijan:

“Yesterday’s talks open up some good opportunities to start crucial talks based on a well-known step-by-step approach to conflict resolution.

“The important thing is that at the Vienna meeting, the parties for the first time agreed that there is no military solution to the Karabakh problem. Another significant outcome – Sergey Lavrov has put his authority at stake, saying that Russia would contribute to the final resolution of the Karabakh problem. I believe there will be some progress in the negotiation process by the end of the year. 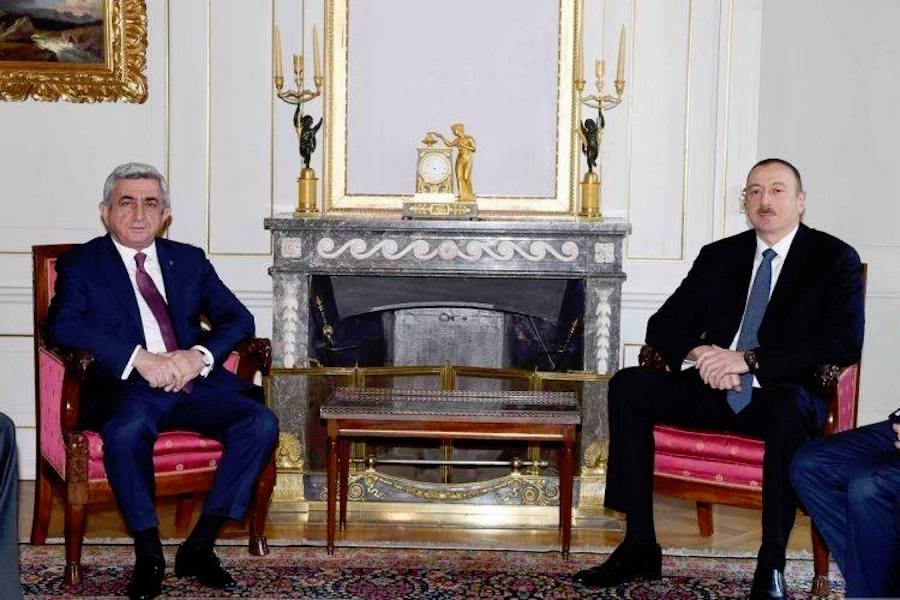