The year 2015 distanced the Karabakh conflict sides from the opportunity to sign a peaceful agreement without resuming large-scale military clashes. Mediators between Azerbaijan and Armenia – the OSCE Minsk Group Co-chairs, comprising the USA, Russia and France, are engaged in the settlement of other problems. The crisis in Ukraine, in the Middle East, international terrorism, the migrants flow to Europe shadowed the conflict in the South Caucus. Washington, Moscow and Paris prefer to term it as “frozen.

A front line on fire

Azerbaijan and Armenia signed the Ceasefire Agreement in 1994. Ahead of this event, a large scale war had been waged between the two countries, which resulted in death of thousands of people and hundreds thousands of people became refugees and internally displaced persons (IDP).

For many years, the sides observed rather steadily the ceasefire regime. However, in the recent period, Azerbaijan and Armenia have been skeptical regarding the term “the frozen conflict. Both sides annually suffer great losses; there are also victims among the local population. There have been large military clashes in summer-autumn period in the rennet years. The sides were particularly active over the past two years. Azerbaijan and Armenia were on the verge of resumption of a new conflict in August 2014, but Baku and Yerevan showed restrain. Military or peaceful settlement of conflict does not depend only on the conflicting sides. The South Caucasus is the place of collision of interests of the world and regional states, tying hands of Baku and Yerevan and hampering them from making any decision without coordination with them.

From year to year Azerbaijan increases expenses for the army maintenance. A military budget of Azerbaijan, which is rich in oil and gas, has been exceeding Armenia’s total state budget for many years. Baku states about its right to settle the conflict in a military way and demands from Armenia to withdraw its troops from Nagorni Karabakh and the adjacent territories.

Armenia is a member of the Collective Security Treaty Organization (CSTO), which was formed with participation of some countries of the former USSR. CSTO is completely supervised by Russia. That’s why Yerevan and Moscow hint that if Baku decides to use its military potential, it should take into consideration the CSTO factor by all means. The Russian military base is located in Armenia and not only Azerbaijan, but also other countries in the region have to take this fact into account.

In 2015, the sides have started using large caliber weapon on the front line for the first time since signing the Ceasefire Agreement. That resulted in greater number of victims from both sides. The real war is not waged, but the sides negotiate more seldom. Baku and Yerevan actually have nothing to discuss.
A personality factor has played certain role in increasing activity on the fighting line. Azerbaijan’s new Defense Minister, Zakir Hasanov, who was appointed in October 2013, turned out not to be an “office general. Unlike his predecessor, he seldom stays in Baku, preferring to act on the frontline or to conduct military drills. Zakir Hasanov’s rhetoric is rather sharp and Azerbaijani Army has become more aggressive under his command.

International mediators started closely dealing with the Karabakh conflict in 1992, when the large-scale war was waged between the sides. The OSCE Minsk Group was set up in the middle of 90s under the chairmanship of the USA, Russia and France. Occasionally, the mediators advance joint or individual proposals on peaceful resolution of the conflict. At the same time, they ruled out the peace enforcement variant. Washington, Moscow and Paris claim, conflict resolution depends on its participants’ will. It is noteworthy that Baku and Yerevan consider the mediators’ position as hypocritical.

Armenia is a member of all political-economic unions, founded and ruled by Russia. Armenian authorities’ pro-Russian foreign policy is doubtless. Russian capital controls many spheres of activity in Armenia. Therefore Baku considers that Yerevan is far from making independent decisions. Azerbaijan has given preference to the pro-western development since its independence. The country’s priority is integration with Europe. Despite Russia’s pressure, Azerbaijan has become one of the key stakeholders in ensuring Europe’s energy security. Baku-Tbilisi-Ceyhan pipeline was built, allowing huge volumes of Caspian oil entered the world markets. At present, a gas pipeline to South Europe is being built, causing Moscow’s “jealousy. 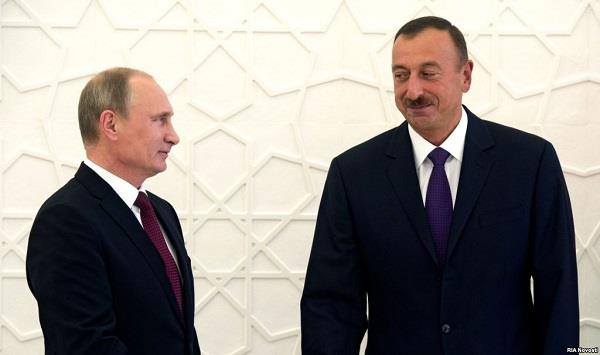 Having been cooperating with the West in the sphere of economy over the past years, Azerbaijan has been getting closer to Russia from the political point of view. Baku has started reviewing its priorities after the Georgian-Russian conflict in 2008 and Ukraine crisis. The West failed to prevent Russia from detaching Abkhazia and South Ossetia from Georgia. Problems of Crimea and several regions of Eastern Ukraine have not been tackled yet. Moscow acts very aggressively in the former USSR area and former soviet republics have to take this factor into consideration.

Baku curtails cooperation with international and regional organizations after Azerbaijani authorities “exposed the West’s plan to organize the “Facebook revolution, similar to those, that occurred in several countries of the great Middle East. West’s supporters have been referred to as “the fifth colony by the governmental Mass Media and political figures. Criminal cases have been instituted against some public figures, cooperating with the western institutions.

These changes in the foreign policy have an impact on the talks on Karabakh conflict settlement. At present, Baku puts value on Kremlin politicians’ opinions, while earlier Armenia counted on Moscow’s decision. Both, Baku and Yerevan criticize more the OSCE Minsk Group and voice statements about expediency to search for another mediation format, though, it is understandable for all that the USA, France and Russia will be involved in the new format. Therefore, the Minsk Group is tolerated as something inevitable.

Will the year 2016 will bring peace to the South Caucasus? The majority of experts in Baku are seriously doubtful about that.

The world actors are engaged in the settlement of the Middle East and Ukraine problems and they don’t feel like dealing with South Caucasus “frozen conflict, the parties to which are less likely to take advantage of the situation and settle the conflict through hostilities. It’s a long time since the Karabakh conflict has been pushed to the second, may be even to the last background.

The world has no time to deal with the problems of such small countries as Azerbaijan and Armenia. At present, Russia and the West prefer to discuss with Baku and Yerevan not the conflict between them, but the issues of their attitude towards Ukraine, Syria and other countries and the region, where the are violent collisions of interests of the world powers.

Why Georgian students do not want to return to classrooms