Among the inhabitants of Azerbaijan, there is a division of the public into two camps: Russian-speaking and Azerbaijani-speaking.

Or, as it is often called, the Russian and Azerbaijani sectors.

The word sector here refers to the language of instruction in schools and universities. Based on their academic skills, free education and scholarships are available to students of both sectors, and all state-published textbooks are translated into Russian.

Baku residents attach great importance to the sector in which they studied, and many public discussions on various topics inevitably return to the ‘sector dispute’.

Were it simply a language division, there would be no ‘problem’ to speak of.

But sectors divide people beyond language – the Russian and Azerbaijani sectors are two social groups with a differing worldview, etiquette, interests and lifestyle.

Only 90,000 of almost 1.5 million students – that’s about seven per cent – study in Russian in the country, says education expert Nadir Israfilov.

This is comparable to the data found in the country’s last census. About seven per cent of the country considers Russian its main language of communication.

Why is Azerbaijan the only South Caucasian state with this issue?

Foreigners often ask why it is namely in Azerbaijan where Russian has remained popular, as opposed to neighboring Armenia or Georgia, or a number of other former Soviet states.

One of the reasons is the opportunities offered by the Russian language – the Azerbaijani information field remains narrow, and there is little high-quality information available in the language.

Moreover, knowledge of Russian confers high social status, as in many other post-Soviet states. Russian-speaking Bakuvians, for example, of whom there are about 300,000, will often use language to identify themselves and others as part of a ‘more sophisticated social group’.

Why has the problem taken on such proportions?

There is a language and psychological barrier between the Russian-speaking minority – which is well integrated into the world around it, and the Azerbaijani-speaking majority – which is in a narrow information field and is devoid of many opportunities for development.

A similar problem exists in several other post-Soviet countries (for example, in Georgia and Ukraine). But there, the governments decided to abandon the Russian language, while in Azerbaijan they took control of it, not getting rid of education in Russian, several Russian-language media outsets and a six-hour cycle news release.

In Azerbaijan, many will deny the very existence of a conflict between the sectors. But it does exist, in the form of hidden contempt for the shortcomings and envy of each other’s capabilities.

“All my girlfriends were Russophones” 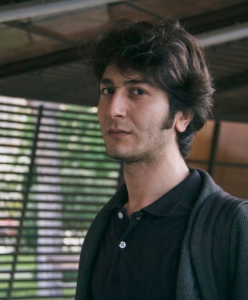 “In first grade, I was put into the Russian sector. But in second grade, my parents transferred me to another school closer to home where there was no Russian sector.”

Tural is a 28-year-old graphic designer who composes music, draws a little and dreams of working as an animator at Disney’s Pixar:

“I definitely consider myself Azerbaijani-speaking. However, my environment is now almost entirely Russian-speaking.

“I, unlike my classmates, listened to rock and metal, and it played a decisive role: a girl from the Russian sector agreed to go out with me. And afterwards almost all my girlfriends were Russian-speaking. And the current one does not speak Azerbaijani at all. So we communicate in two languages: she speaks Russian, I answer in Azerbaijani. If we don’t understand each other, we use English.

“In my family, for example, this was not the case, and I grew up free from all this.

“Our society is often biased against Azerbaijani-speaking people. One day, my aunt and I went to a coffee shop, and a waiter approached us and spoke in Russian. Even after my aunt answered him in Azerbaijani, he continued to speak Russian. And when we asked why he was doing this, he said that it was by order of the administration. Apparently, they believe that only Russophones go to coffee houses.”

Background on the issue

In Soviet times, Russian was not just an official language, but an elitist language.

One Azerbaijani-speaking man who grew up in that period says:

“We were considered second-rate people, and then we took revenge like blacks in South Africa after the fall of apartheid.”

When the USSR collapsed, Azerbaijan fought for independence, the Russian language became associated with Russia, and Russia was perceived as an obstacle to freedom. At that time, the Azerbaijanis that speak Russian often had to face aggression. It seemed that the existence of the Russian language in the country was about to end – but it didn’t.

However, young people from different ‘language camps’ continue to treat each other at least in a rather wary way. Often, the trajectories of their lives intersect only at work. 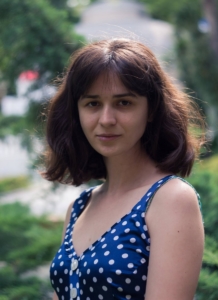 “My family speaks Russian, but I was sent to kindergarten in the Azerbaijani group so that I could learn the language. But it did not help. Nor did a tutor later on. I can hardly speak Azerbaijani and use it only when necessary.

“It takes away ones desire to speak Azerbaijani if native speakers laugh at your mistakes – it costs me something to open my mouth. Some people respond to my accent or grammar mistakes.”

Lale is 25 years old, she is a programmer, she reads a lot and dreams of working at the European Space Agency.

“In my opinion, the notorious ‘language conflict’ is contrived rather than real. In our school, there was no ‘confrontation’ between the sectors. The boys of the Russian sector and the Azerbaijani sector would compete with one another, sure, but…

“All my friends are Russian-speaking or bilingual, but it is important for me that they know or at least understand Azerbaijani – so that we can share songs, or use Azerbaijani sayings in our speech.

“I think Azerbaijani-speaking youth are more active when it comes to social and political issues, because they feel more strongly about their involvement in society and the country – they feel it more in themselves and in their relatives. And for the native you always want to fight.”

The Russian language – a threat?

Erkin Qadirli, lawyer and board member of the Republican Alternative Party (ReAL):

“Azerbaijan has been an independent state for 28 years. But we, in fact, use state money to teach our children to think in the language of another state, to see the world through the eyes of Russian news programmes, to understand the processes under the influence of its propaganda.

“I am not against the Russian language. It is good to know it as the language of the former state and the current neighbor. But you can not make it free and mandatory.

“At the same time, I do not propose to close the Russian sector overnight – this is a strategic task and it should be carried out gradually. The whole process should take about 10 years.”

How to erase the boundaries between the sectors

Nisa, 32, is a feminist and teaches gender studies. She dreams of becoming a professor.

“I identify with both sectors. I not only speak, but also think in several languages: about domestic affairs – in Azerbaijani, about work – in Russian, and on academic topics – in English.”

“Most of my friends speak both Russian and Azerbaijani, and many speak English. Perhaps that is why I have never observed any conflict between the sectors, although this issue is actively discussed in the media.

“I do not perceive the Russian language as a threat nor as a sign of agreement with the policy of Russia. In my opinion, language has nothing to do with politics. It would be strange to refuse to learn English for fear of supporting Trump’s policies, for example.

“By the way, I would like my children to learn English – they will learn Azerbaijani at home anyway. I believe that it is English that will replace all other languages ​​as a language of development and science.”

Russian as an opportunity

“There is a gap between the Azerbaijani-speaking and Russian-speaking segments of our society. I’m sure it can and should be overcome – this issue should be discussed. Public opinion leaders play a special role in this process.

“No matter how you treat the issue, Russian in Azerbaijan was and to some extent remains the language of culture. Having abandoned this heritage, we will show the utmost narrowness of our thinking.

“The use of English is expanding. This is normal and happening all over the world, but why give up such a powerful conduit of not only Russian but global culture, like the Russian language?”