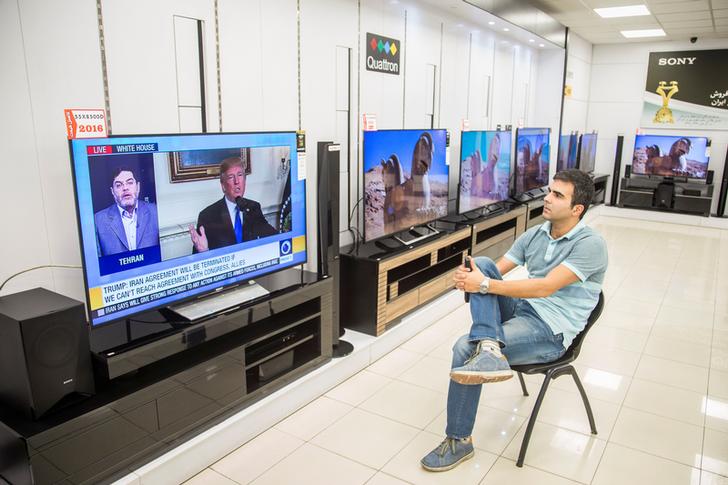 The leaders of Britain, Germany and France have declared their support for the Iranian nuclear deal which had been renounced by US President Donald Trump, saying it is was in their shared national security interest.

Trump announced on Friday that he would not recertify the multilateral agreement, claiming Iran had not kept its end of the 2015 deal. He called on Congress and allies of the US to either address its ‘many serious flaws’ or see it ‘terminated’.

But in a joint declaration issued on the same day, UK Prime Minister Theresa May, German Chancellor Angela Merkel and French President Emmanuel Macron said they stood committed to the agreement ‘and its full implementation by all sides’.

A Multirateral agreement aimed at curbing Iran’s nuclear potential was signed in 2015 between Iran and five members of the UN Security Council and is considered one of the major international achievements of the Obama presidency.

May, Merkel and Macron reiterated in their declaration that Iran had not been found in breach of the ‘Joint Comprehensive Plan of Action’ agreement and that it had been unanimously endorsed by the UN Security Council.

Trump’s announcement means Congress now has 60 days to decide whether to re-impose sanctions against Iran, a move that could leave the United States in violation of the agreement.

In the meantime, Trump said the United States would crack down on the aspects of Iran’s behavior which are not covered in the agreement, which limits Iran’s nuclear program in return for an easing of international sanctions.