Abkhaz pedophile caught in the act, mothers sold him their children

Composer and author of the national anthem of Abkhazia, Valery Chkadua, has been sentenced to 20 years imprisonment for pedophilia.

He has also been charged with the illegal possession and carrying of firearms and ammunition. 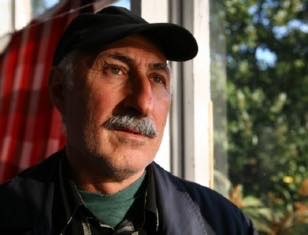 Valery Chkadua composed the Abkhaz national anthem as well as the music for the first Abkhaz ballet called Ritsa. He graduated from Tbilisi Conservatory in 1977 and was a member of the Composers’ Union of Abkhazia and the USSR, the Writers Association of Abkhazia and a winner of the Dmitry Gulia State Prize.

Officially, there were two victims. Unofficially, many more

The composer has long been accused of pedophilia. However, because of his status in society and his connections, he has been able to escape prosecution.

However, on 13 February 2018 the situation changed. Chkadua was arrested by police at an abandoned sports complex in Eshera while engaging in a sexual act with a minor.

Unofficial sources have it that the children Chkadua molested were from poor families.

In the video below, police speak with a mother who allowed Chkadua to have intercourse with her child in exchange for money. A teacher at the correctional school where her daughter studied helped police in the investigation.

The woman’s daughter had earlier complained to her teacher that she could not withstand the sexual abuse of the composer. The teacher told the child to phone her the next time she was taken somewhere by Chkadua.

On 8 February, the teacher received a message that Chkadua had taken the girl to the sports facility. The teacher immediately called the police. Chkadua was caught at the scene of the crime.

In June of 2017, a government investigative official, Astamur Djopua, molested a 14-year-old girl.

Also read: A rape & murder case stirs up a wave of protest in Abkhazia

He was also forbidden from occupying any official state position for three years after completing his term. He was stripped of all military ranks.

From the case files

The accusations against Valery Chkadua are based off of four articles and six paragraphs of the criminal code.

Chkadua is accused of raping two minors with the use of force and threats.

Moreover, he has been accused of the illegal possession, transfer and distribution of weapons. The case of the second victim was unearthed during the investigation.

Here are some of the main points of the case:

In 2012, Chkadua threatened and beat a 10-year-old girl in his own home, after which he raped her in a number of ways. From 2012 to 2016, he repeatedly committed similar acts against this girl, both at home and in his private bus on the grounds of the abandoned sports facility in Eshera.

From December 2014 through to March 2015 he raped a 12-year-old girl in Machara, located in the Gulrypsha region.

On 13 February 2018 he was caught by law enforcement officers raping a 14-year-old girl.

While searching his home, the police found his illegal weapons stash.

Reaction of the authorities

In connection with these high-profile cases, the Abkhaz parliament has made the punishment for sex crimes against minors more severe.

At the end of July 2018, the final reading of a bill took place during which amendments to the criminal code were adopted. The changes excluded the possibility of replacing a sentence with milder types of punishment as well as the right to parole.

Social media: what should be done with the anthem?

There has been strong reaction to the criminal case on Abkhaz social media networks. Several typical comments:

“Statements on this bloke have been received before. There was evidence of child abuse. But at that time the minister was his relative so he hushed up the case. I worked in law enforcement at the time, so the information is reliable. “

“I know Valery from his youth as a very talented composer, and he did not have this terrible vice before. I think there are age-related brain changes embodied in such a pathology. All this is terribly unpleasant and disgusting.”

“And everyone believes that this non-human will serve 20 years? Yes, in a year (maximum), when the commotion subsides and the case has been ‘forgotten’, this creature will be released by similar monsters. And he will ‘serve’ somewhere in Russia, drinking coffee.”

“Everything about him is clear – he’s the refuse of society. What should we do with the anthem though…?”