Georgians march against “uncontrolled migration” in Tbilisi - a photo story

Several thousand people marched along Agmashenebeli Avenue in the centre of Tbilisi on 14 July in protest against what they said was the “uncontrolled migration” of citizens of Turkey and Near East countries to Georgia.

Many held placards that said “We’ll clear our streets of foreign criminals!”, “What is Georgian is for Georgia alone”, “Go back where you belong!”

The protests, called “Georgian March”, demanded that the Georgian government toughen the country’s immigration law and deport all foreigners who stay in Georgia illegally.

Several nationalist-minded groups participated in the protest. One of the organizers of the 14 July march, politician Sandro Bregadze, said it marked the beginning of a “new national liberation movement” in Georgia.

The protesters also called for tougher regulations on foreign-funded local NGOs and demanded that the political party ‘National Movement’ should be banned.

They gave the government a week to meet the demands and threatened to undertake more radical protests in case it failed to do so.

As the protesters marched, police stood guard where there was a high chance of confrontational situations arising – near the shops and restaurants owned by foreigners. The Internet platform “No to phobia” called on the government to ensure that the process does not descend into xenophobic and racist violence.

The protests went smoothly and without any violent incidents. 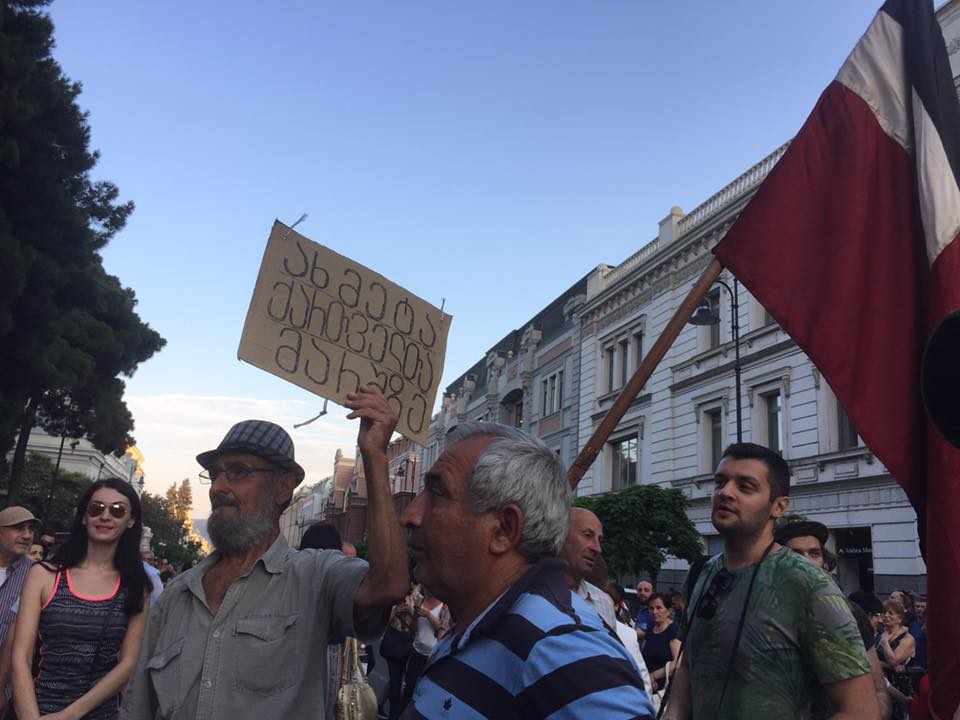 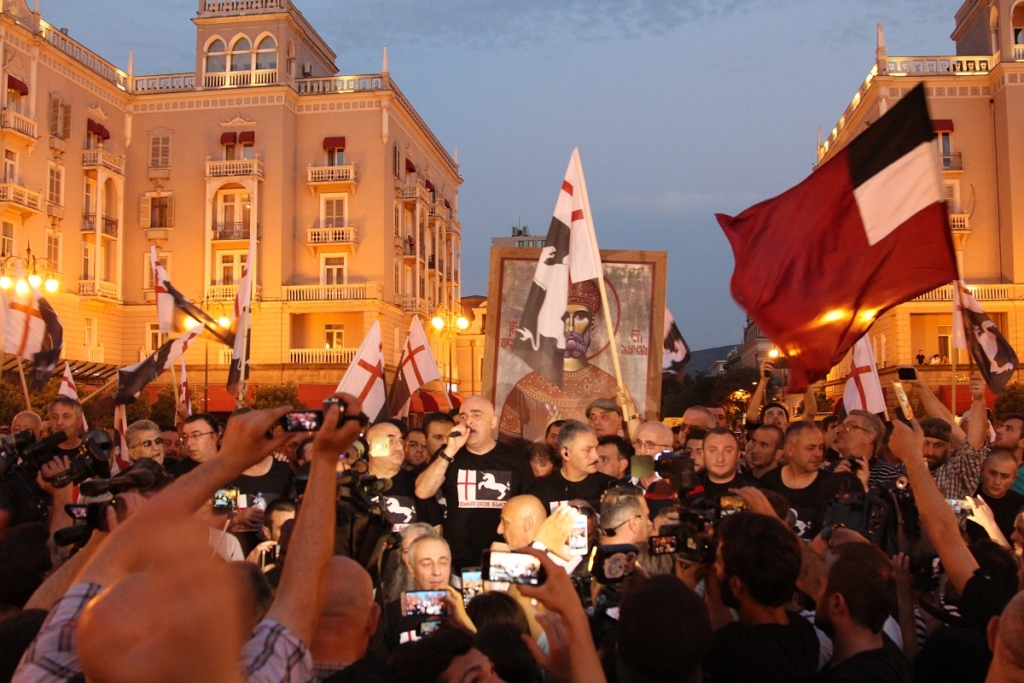 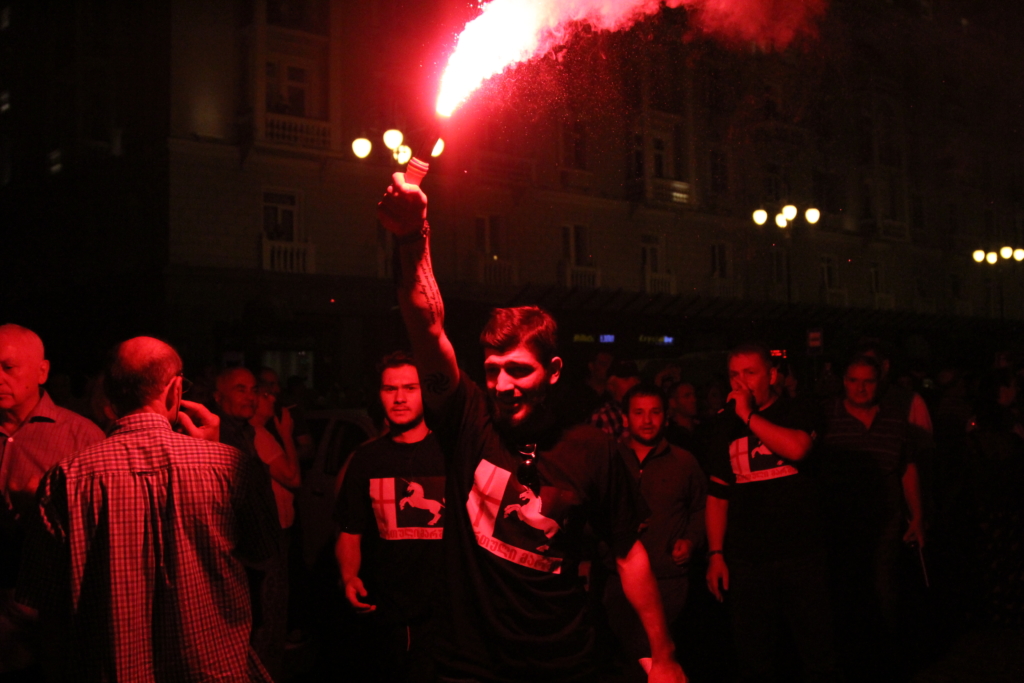 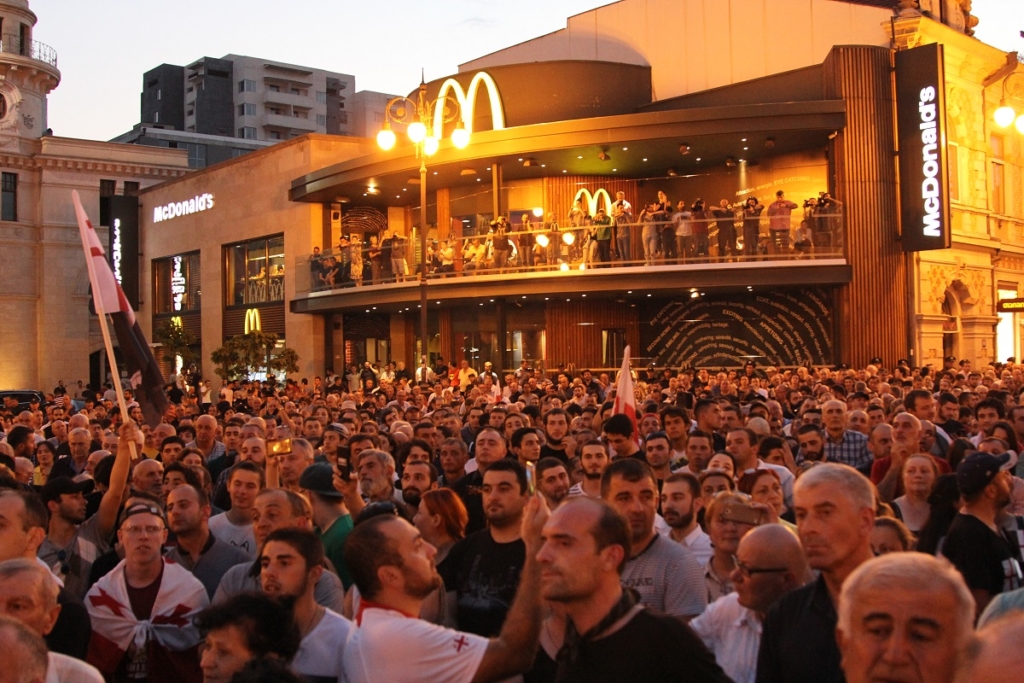 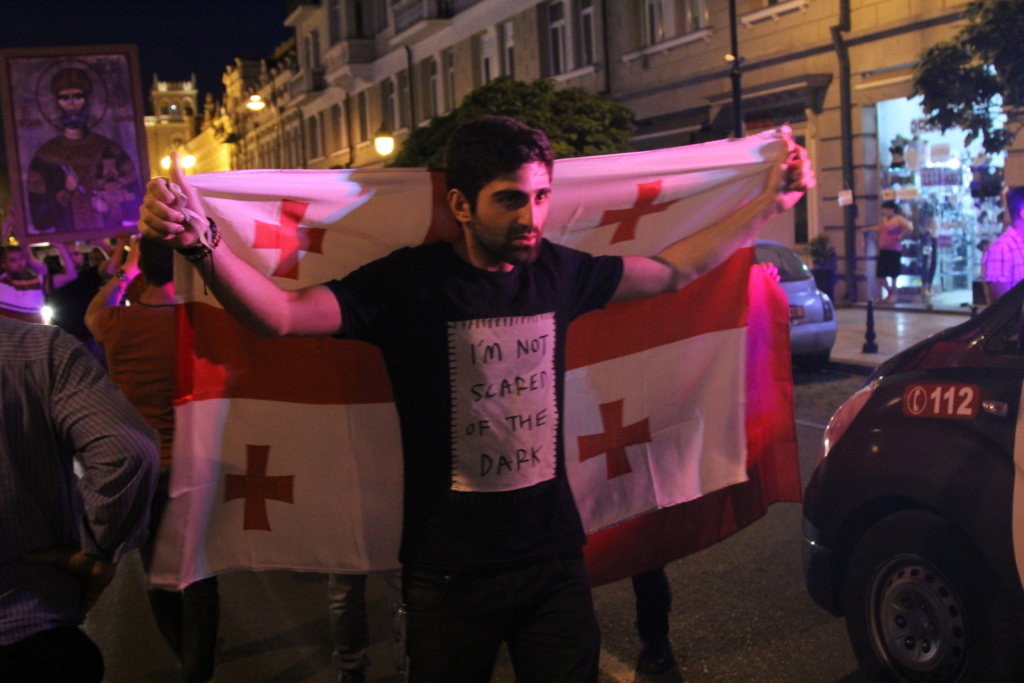 Tourists visiting the capital were taken aback by the ‘Georgian March’. Not understanding what it was about, many were scared and sought shelter inside shops and cafes on Agmashenebeli Avenue. 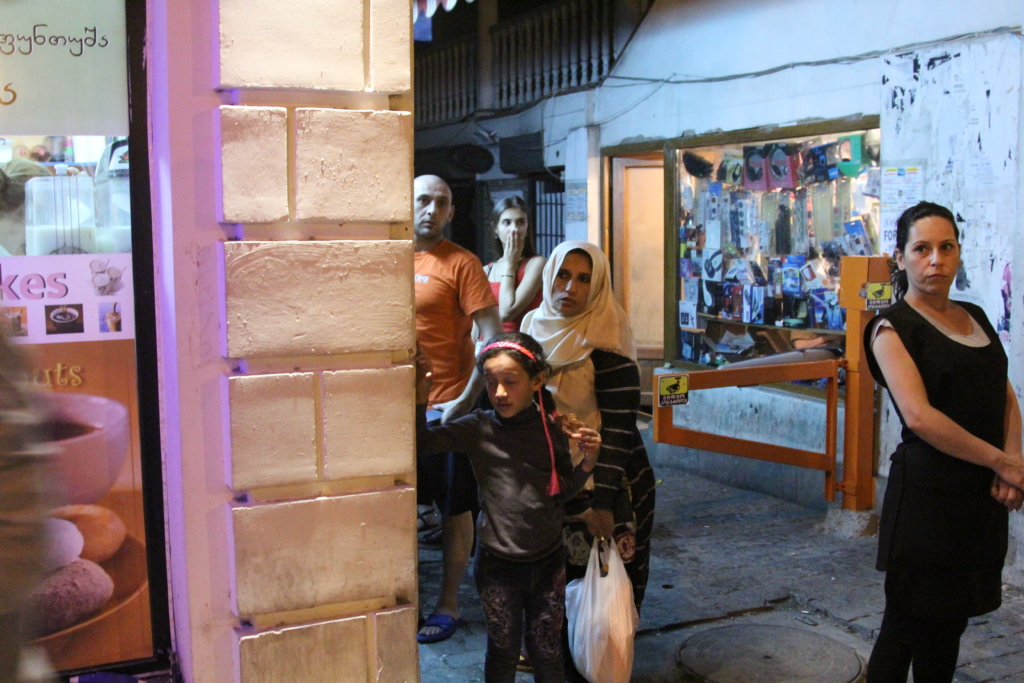 Marchers handed out flyers in the Arab, Turkish and English languages, as they tried to explain what it was they were protesting against. 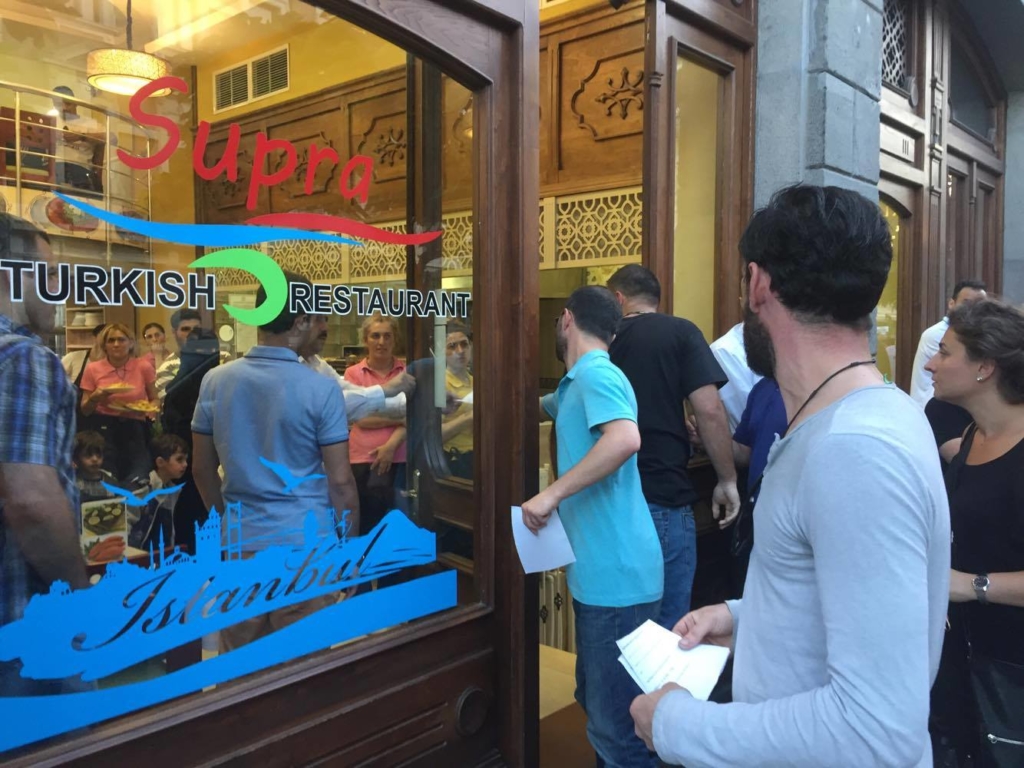