aThe plenary session of the Georgian parliament on Thursday December 12 was adjourned for a “technical break” after a caustic sewer stench spread throughout the building.

At first, rumors of a fire spread in Tbilisi. They were compounded by the appearance of ambulances at the parliament building.

However, soon journalists accredited in parliament and the MPs themselves denied this information, saying that the emergency was connected with an unbearable stink.

• Expert opinions: what’s the way out of Georgia’s political crisis?

“This is symbolic. The parliament shows its true face … ”, Roman Gotsiridze, an opposition MP from the opposition United National Movement, told reporters.

Some time later, a group of civic activists claimed responsibility for spilling “protest fluid” in parliament.

“The system stinks,” its members wrote on a Facebook page, adding a photograph:

“The veterinary antiseptic liquid used during the protest today is completely harmless, safe, non-allergic and has no side effects when smelled.

The substance was tested prior to public use in emergency circumstances”, the post reads.

Today, two important issues were considered in parliament, because of which the opposition resumed protests.

The first was the vote for candidates to the Supreme Court of Georgia. The Parliamentary Committee on Legal Affairs expressed confidence in 14 out of 20 candidates, including Attorney General Shalva Tadumadze. After the legal committee, voting should take place at a plenary meeting of parliament.

The decision of the legal committee caused the dissatisfaction of independent and opposition candidates. In their opinion, none of the candidates to the Supreme Court is credible, as they are ‘executors of political tasks and may make [biased] illegal decisions.’

The second issue that was on the agenda of the parliamentary meeting was the dismissal of opposition UNM MP, Nika Melia.

The Procedural Committee voted unanimously to strip Melia of his mandate. A similar attitude was visible in the ranks of the parliamentary majority. The reason is the decision of the Tbilisi city court in the case of an attempt to illegally bankrupt the Cartu Bank, owned by the leader of the Georgian Dream Bidzina Ivanishvili 8 years ago. Then Nika Melia, a member of the party in power, was an allegedly active participant in the operation against the bank.

The opposition, in an attempt to interfere with the work of the parliament, began picketing the building from 7:00.

The box reads in Russian that it the substance is an antiseptic stimulant that can be used both internally and externally.

According to Russian sources, this substance is made from cadaveric tissues of animal origin, used in veterinary medicine and is safe for humans. Moreover, if necessary, it is also used to treat people. In particular, in Soviet times, the substance was used to strengthen immunity, increase life expectancy, as an anti-radiation agent. The drug, however, has an extremely pungent and unpleasant odor.

According to the former chairman of the Georgian parliament, Irakli Kobakhidze, the pungent stench arose after two opposition MPs appeared in the conference room:

“They spilled this liquid … They will [be punished] in all severity for their trick,” Irakli Kobakhidze emphasized.

The disgusting smell was reflected in the health status of MP Enzela Machavariani. An ambulance was also needed by a member of parliament who felt unwell.

The Ministry of the Interior has opened a criminal investigation into the spilling of the unknown liquid in parliament, a spokesman told Interpressnews. 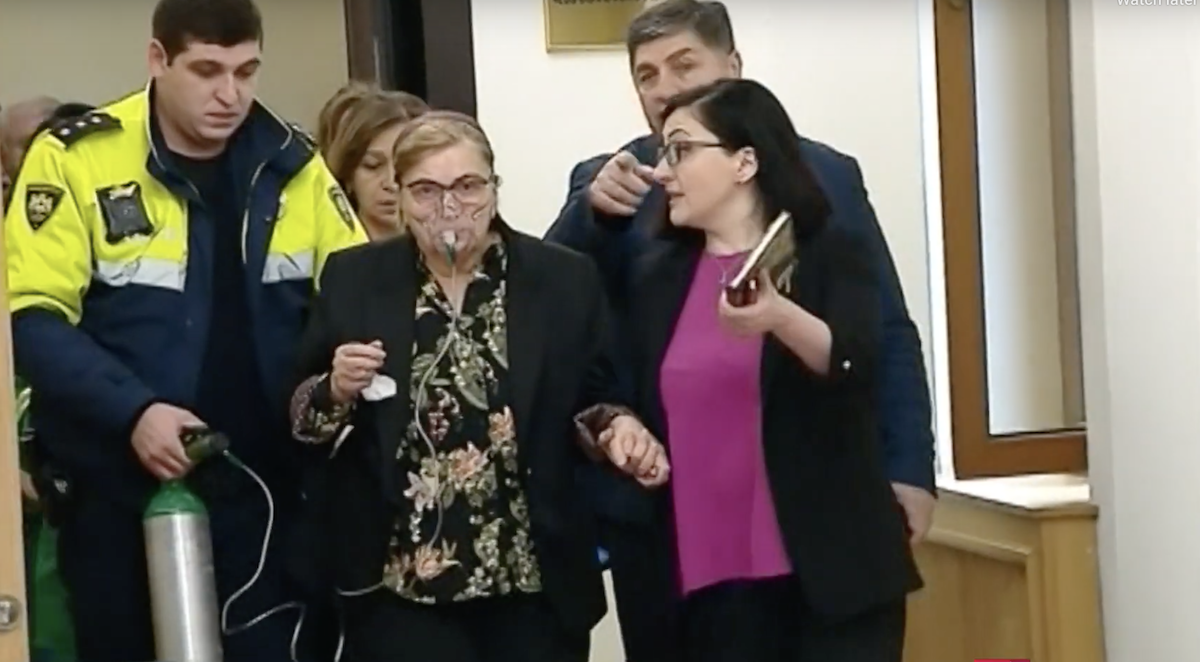 Forensic scientists are working in parliament trying to figure out the type of substance used.

“A criminal case has been opened in Parliament on the incident under Article 117, which implies a threat to human health,” the Interior Ministry said.

Representatives of the ruling Georgian Dream party called the incident “a terrorist act.”

“The opposition does not shy away from any means to achieve its goal,” said Dmitri Khundadze, a member of the ruling party.