Expert opinions: what’s the way out of Georgia’s political crisis?

The political crisis continues in Georgia, as protests by civic activists and the opposition have not ceased in Tbilisi or regional cities since November 14, when ruling party MPs rejected an amendment to the constitution which would have provided for a transition to a fully proportional electoral system by 2020.

The protests began because in scrapping the election reform bill, the authorities did not fulfill the promises that the party leader, oligarch and informal ruler of Georgia Bidzina Ivanishvili publicly made during the summer protests in Tbilisi: then Ivanishvili announced the transition to a fully proportional election system, which was a key demand of the protesters.

While the authorities are not going to make concessions and plan to hold parliamentary elections in 2020 according to the old, mixed (proportional and majority) system, the opposition has proposed a compromise – the so-called “German model”.

• What is the German electoral model that could solve the political crisis in Georgia?

• Georgia political crisis – the oligarch besieged from all sides

However, the authorities are not giving in and claim that this model is incompatible with the Georgian constitution.

The recent meeting of the authorities with the opposition, initiated by foreign diplomats, ended in nothing.

Once, the police even built an iron fence around the parliament building to protect the legislature from picketers.

• Tbilisi now has its own ‘Berlin Wall’. Video

• Music and dancing at protests in Tbilisi. Video

In Tbilisi and other cities of Georgia, picketing of the offices of state bodies by the bureau of majority deputies continues. Last week, a new factor appeared in the confrontation – in places where opposition protests take place, representatives of pro-government “youth movements” have started appearing and physically confronting the protesters.

No one has any doubts that this process is controlled by the government (the children of officials of the ruling Georgian Dream party also actively participate in these groups).

Along with Tbilisi, the opposition plans to transfer the protest to the regions: a large-scale rally is scheduled for December 6 in Kutaisi.

Is what is happening in Georgia a political crisis?  Why did the government find itself in such a situation?  Where is the solution?

With these questions, JAMnews turned to experts:

What is happening now is definitely a political crisis – on the one hand, there is only the ruling party, and on the other, all other parties, regardless of what platform they are on. 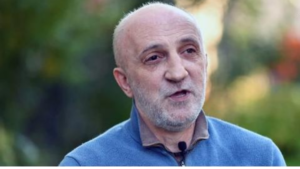 In fact, this is the first political crisis for this government, from which there is no way out.  No more room for agreement. This is a dead end.

The Georgian Dream is not going to give in, because its main goal is only to maintain power, and sees this guarantee in maintaining the majoritarian election system. Therefore, it has decided at all costs to maintain the current system by 2020.

It is difficult to say how the processes will develop, since there are no red lines for the authorities.  And this is the most dangerous. They will do anything to stay in power, and already we see how the situation is getting worse every day.

Therefore, the opposition’s attempts to initiate the so-called “German model” will have no effect.

However, there is nothing left for the opposition – an attempt to mitigate the crisis by proposing a concrete legislative initiative is the only right way, and the international community should be involved in this as much as possible.

However, as of today it is clear that the authorities will not make concessions, and this is very dangerous.  They should come to reason as soon as possible.

The Georgian dream did nothing when it was in power, and its only chance was to fulfill the promise of the transition to a proportional system.

The fact that this was Ivanishvili’s personal promise exacerbates the situation.  What is happening is a pure political crisis, which the authorities do not want to recognize.  On the contrary, every day exacerbates this crisis with its actions – in recent days they even brought out the [party youth wings]. 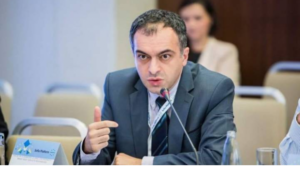 All this suggests that the government is not going to give up anything and expecting concessions on their part is unrealistic.

However, if they continue in the same vein, they themselves will commit suicide – the ruling party will break up, especially since the process has already begun [ed. 13 deputies have left the party in protest against the failure of the electoral reform].

In order to maintain power, the Georgian Dream is going all-in, which creates very disturbing expectations.

Now it’s important how the society will act and whether the opposition will have enough patience to bring this to a close calmly, by peaceful protests, and to not allow the authorities to engage in manipulations

In a situation when there is a government in the country that is ready to do anything, the maximum involvement of the international community is very important.

Ivanishvili did not fulfill his promise to the public, which clearly indicates the existence of a government crisis in the country.

Add to this, recent opinion polls suggesting that the government enjoys less than 25 percent confidence. 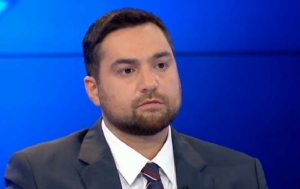 That is, the Georgian Dream team actually does not have a decision-making mandate.

However, at the moment, the authorities are somehow able to manage the situation, but it is difficult to say how long this will last.

On the other hand, there is a problem with the opposition. The opposition also lacks public confidence that would allow it to seize control of the processes in power.  Of course, I mean peaceful methods.

Now for the opposition it is important to find a way out of how to win the trust of society.  However, given the current reality, even this seems impossible.

Thus, a society that does not trust either the government or the opposition is in a difficult position.

Now the number one task for our society is to overcome this crisis and overcome it in the first place in such a way as to prevent the authorities from continuing one-party rule.

If the authorities manage to maintain one party rule and ignore public opinion, this will be very bad for the country.

Fateful 180 days: can Georgia become an EU candidate and what Tbilisi should do to meet all criteria?

Food war: yet another batch of fruits and vegetables from Azerbaijan stopped at the Russian border

"Home, to Europe" - large-scale rally to be held in Tbilisi in support of country's pro-EU course