JAMnews, based on Novaya Gazeta 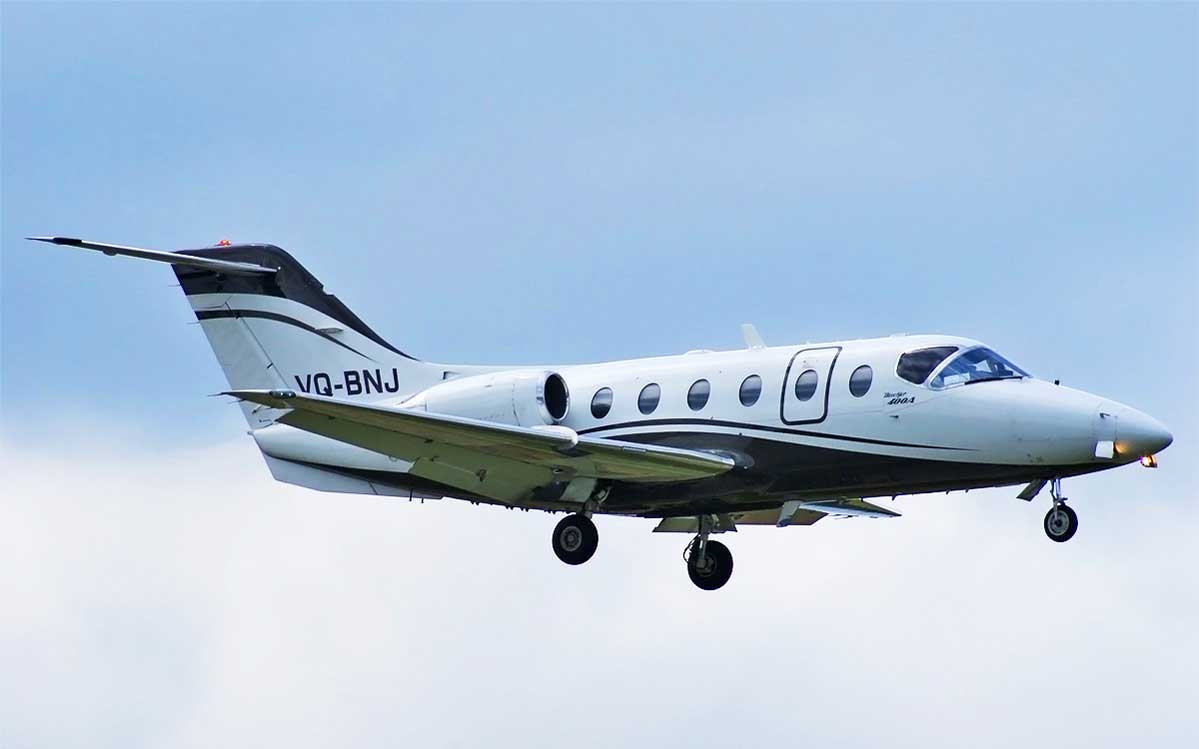 In the fall of 2014, at an aviation exhibition at Vnukovo 3, a Beechjet 400A aircraft was unveiled, valued at USD 7 million dollars. The plane was registered in Estonia, and was managed by the Estonian company FortAero.

Data on licenses for the onboard radio stations are publicly available in the Estonian Economic Register. These contained information on the owners of the plane: the offshore company Firmon Overseas Holdings, which is registered in the British Virgin Islands. The firm is controlled by Ivan Mironov, the step-brother of a member of Gazprom’s management team, Kiril Seleznev.

The inside of the Beechjet 400A

Tatyana Svitova. an acquaintance of Mironov, is the daughter of the senior vice-president of the Bank of Russia, Elena Svitova, and the sister of Natalya Svitova who also had a share in Gazprom’s contractors.

The partners of the companies of Mironov and the Svitovas have stakes in the gas distribution organizations of Gazprom, Gorgaz (municipal) and Raygaz (provincial), across Russia, which transports gas from the main gas arteries directly to the consumer. They service in-home gas equipment and design regional gas supply networks.

The whole chain leads to the firm ‘Epos-Kapital’ and some other companies, Profkapinvest and Biznesprofinvest. The latter had contracts with the gas distribution enterprises of Gazprom to the value of 47 million roubles and, up until 2014, had a stake in a Gazprom contractor, for which it received contracts for over 4 billion roubles over the course of 5 years.

Kiril Seleznev is responsible for the distribution of gas on the territory of Russia at Gazprom. He is a long-time colleague and close acquaintance of the head of Gazprom, Aleksey Miller; they worked together in a port in St. Petersburg and in the Baltic Pipeline System.

At the age of 27, Seleznev came to Gazprom as an aide to Miller. at the end of the 1990s, he worked in the St Petersburg-based Group-Mir.

‘Investment-finance group Management, Investment and Development’ (Group Mir) appeared in 2007. The office of the group is located in the center of Moscow, but its routes are in St Petersburg. A group existed there since 1994 with the same name but which is now liquidated. It was connected to Moscow by the General Director and co-owner of the managing company, VD TEK, an energy company.

Moscow’s Group-Mir is owned by entrepreneurs with wide-ranging connections in the Church. They are part of the political councils of large monasteries in the Moscow Spiritual Academy.

But the co-owners of Gazprom enterprises have other interesting connections. Through the Rota group and through a former MP of the Duma, Dimitri Sablin, they are connected to patriotic organizations and the Antimaydan movement, which was created in 2015 in order to resist the ‘fifth colony’ and the possibility of a ‘color’ revolution in Russia.

The deputy manager of Gazprom, Andrey Kruglov, owns companies that are involved in property in Moscow and connected with the financial-industrial Garant-Invest corporation .

The minority co-owners of the bank are Irina Biryukova and Yekaterina Biryukova. The first is the daughter of Petr Biryukov, the deputy mayor of Moscow for housing and communal services.

Biryukov is responsible for improving Moscow’s streets and their condition.

RBK found out that Biryukov’s daughters, Irina and Yekaterina Biryukova, were counted as the co-owners of a firm that rented trucks to municipal companies that were subordinate to Biryukov.

Moreover, Irina and Yekaterina Biryukova owned Ugreshski factory of pipeline fittings, a firm that was contracted to Gazprom. Over the course of three years, it earned about 1.75 billion roubles. The Ugreshski factory delivered its products to Mosgaz and Mosvodokanal, and to the council of directors of which Biryukov was a part. Since 2015, the factory has concluded contracts with them to the amount of 617.7 million roubles.

The daughter of the former head of Gazprom, Tatyana Dedikova, and Vitali Chernomyrdin, the son of the former Prime Minister Viktor Chernomyrdin, were co-owners of a firm in which up until 2003, the company Resurs-MRG had a 24% stake in, which also had a 37 percent stake in Mezhregiongaz across Russia.

Experts from Transparency International – Russia believe that the leaders of Gazprom already have substancial salaries and bonuses. If their relatives are also involved in the sphere, then this needs to be studied: Are the personal interests of the company’s leaders making it into the company?

The question is fair: Don’t personal connections affect the financial figures of the gas situation?