From up close: what the US – Russian rivalry looks like on the Black Sea 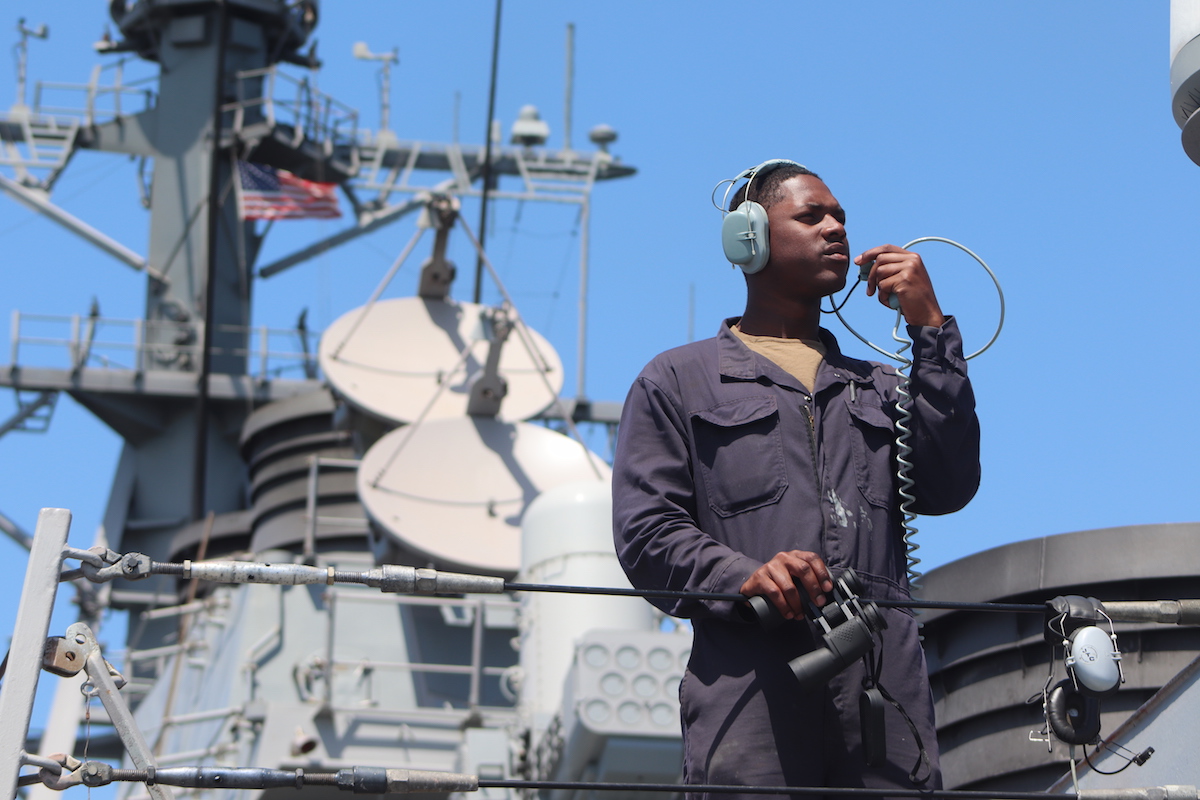 The sea coast of Odesa quickly fades. The USS Carney, one of the most formidable ships of the US Sixth Fleet, generally based in Spain is going out to the open sea to take part in the international Sea Breeze 2019 exercises.

The main thing for which the USS Carney, a destroyer built in 1994, is known for is its anti-aircraft and anti-missile weapons and Tomahawk cruise missiles. The ship is part of Aegis (AEGIS), the US global missile defense program.

On July 12, the regular US-Ukrainian naval exercises Sea Breeze 2019, which have been held in Ukraine every year since 1997 with the participation of other Black Sea countries, ended.

This year, 27 ships and more than three thousand soldiers from 19 countries took part in them. Among them was the Georgian coast guard boat Ochamchire, as well as special forces units of the Georgian armed forces.

• Op-ed: why has Georgia been allowed to buy javelins?

Four ships are sailing into the sea – the Carney, the flagship of the Ukrainian fleet Hetman Sahaydachniy, the Romanian Eustațiu Sebastian-class corvette and the Bulgarian corvette Bodry.

A few hours after leaving the port, the ships get together for maneuvers. The Romanian corvette mercilessly smokes the sky, leaving behind a black smoke trail, like a steamer of the early 20th century, and quickly becomes the main subject of colleagues’ jokes during exits to the deck.

From the officers we learn that in addition to the participants of the exercises, a vessel of the Russian Navy is located nearby. At one moment it appears on the horizon – a large landing ship.

Suddenly, a military plane appears in the air and makes a circle above the destroyer.

The bridge’s PA system announces ‘Aircraft attack.’ Judging by the calm of the crew, this is part of the exercise.

The plane appears again, at which point the crew comes alive, running around the bridge with various photo and video cameras in their hands, carefully peering into the sky.

The plane does some more circles around the ship, once soars vertically into the sky directly above the destroyer and disappears.

As we learn later from the captain, the first aircraft was Ukrainian, which according to the plan was participating in the exercises. It was immediately followed by a Russian Su-24 bomber.

The captain of the ship Tyson Young comments the following day. 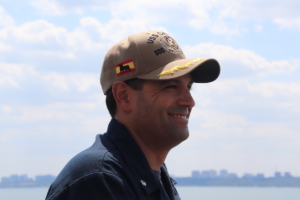 “We operate in the same water space with Russia. This is typical of the Black Sea”, he says.

However, according to the captain, both the exercise participants and the Russian ships “operate safely and professionally”, nobody approaches each other too closely.

“As for the aircraft, the Russian Su-24 was operating in international airspace, in which exercise participants are also operating. Nothing extraordinary happened, the plane was maneuvering safely and professionally”, says the captain.

The captain talks about the course of the exercise, and shows us what is happening on the map – four ships are working joint maneuvers at sea, communicating among themselves, as well as the actions of boarding-assault VBSS groups (Visit, board, search and seizure).

Their task is to infiltrate the enemy’s ships or ships that violate territorial waters and sweep and search them. The appearance of Russian aviation units did not make any changes to the plans of the exercises.

Captain Young speaks very warmly about the ship visiting the Georgian port of Batumi in May 2018. At that time, the American sailors conducted joint exercises with the coast guard of Georgia.

Officer Carson Roney, who is responsible for the work of the torpedos on the ship, and also participates in the VBSS group, also talks about his experience of working with Georgian officers. 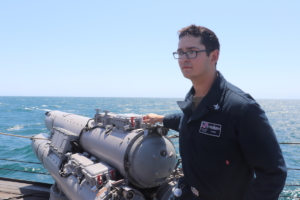 “They’re rather intimidating. Their boarding team knows what to do. And I am proud to work with them, learn from them and, I hope, teach them something to. Therefore, every time I have the opportunity to work with the Georgian military, I’m thrilled”, says Roney.

Roney, along with other members of the assault team, changes into camouflage uniforms, puts on a helmet and body armor, picks up a blue dummy machine and listens to a short briefing before proceeding to the next stage of the exercise, cleaning up and guarding the ship.

At first, the group trains aboard the destroyer, then plunges onto the landing craft and set offs to “storm” their neighbors – the Bulgarian corvette Bodry. 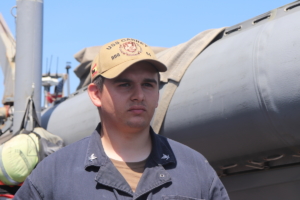 Everything goes smoothly – thanks to the well-developed and coordinated actions of the sailors, including that of Alexander Kaczynski, who is responsible for the landing craft.

Alexander was born in Poland. He moved to the USA after his mother married a US Army officer.

“At first I tried to go to college, but I didn’t like it. I decided to travel, but not only travel, but also to do something for the country. I mostly like my job, I travel a lot to different countries. For example, I like Ukraine very much”,  says Kaczynski.

However, as it turned out, he is not very interested in news from the region and, for example, knew little about the conflict between Russia and Ukraine.

More than 300 people serve on the destroy. Most of them are very young. There were times when women were not welcomed on the ship, but now about a quarter of crew consists of women.

They have their own residential deck on the ship, where men cannot go.

The crew of the Carney now only showed off the ship to journalists, but also let us live the life of an American sailor for a few days, including try ship food and relaxing on berths for the crew.

Though at first strange, one quickly gets used to the close quarters of three-bunk berths and the almost constant darkness in sailors quarters, as well as the rolling motion and the absence of windows inside the ship.

Every time, to get to the fresh air on the deck, you have to go through an airlock, in which you cannot open the outer door until you close the inner door – almost like on a spaceship. Due to this, the microclimate and the air inside practically do not come into contact with the external environment.

The main source of danger for people in such closed premises is fire. In the corridors, almost at every step, there are fire extinguishers. We were able to observe the crew’s fire drills as well.  every sailor should know exactly what to do in case of fire.

After artificial smoke was poured from one of the quarters, the sailors, immediately putting on fire suits with oxygen cylinders, secured all the doors and hatches, isolating the room, and then worked out a plan to extinguish the fire.

On the way back, a Russian military helicopter flies over us. As it turned out, they were journalists from the Russian TV channel Zvezda, who then happily reported that they had discovered rust on the sides of the American ship.

Russia more than once, in word and deed, made it clear that she did not like the Sea Breeze trainings. Periodic visits of US ships to the Black Sea since the annexation of the Crimea in 2014 are especially painful for Moscow.

However, neither Ukraine nor the United States are going to refuse to hold exercises.