Four protests in a night – Tbilisi takes to the streets 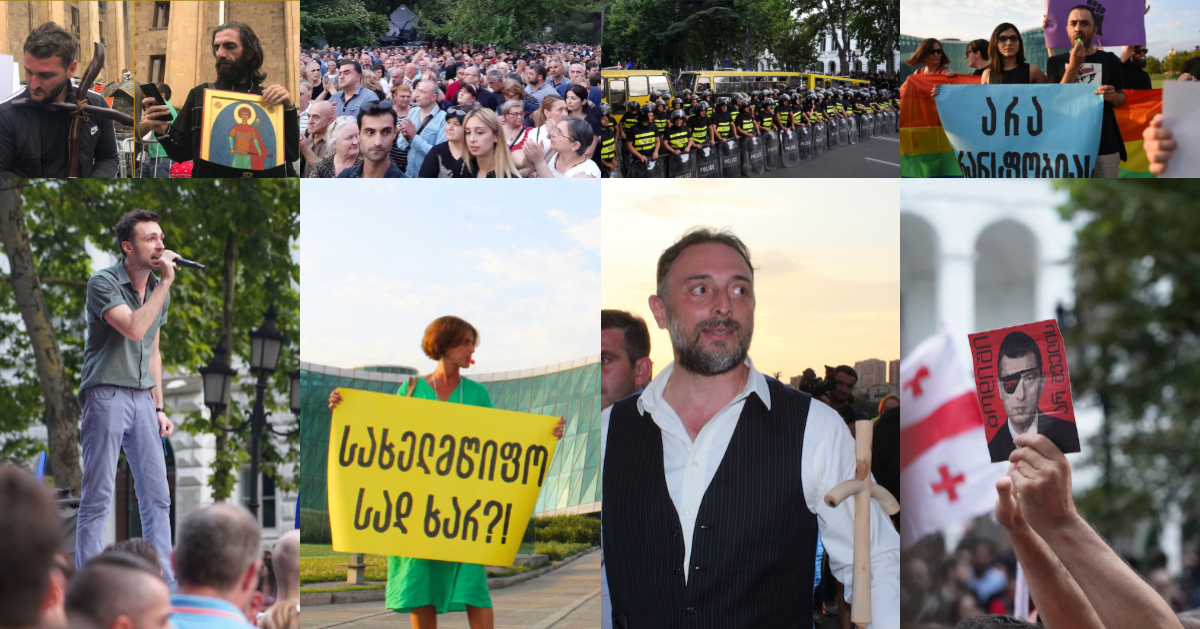 Four protests took place in Tbilisi on 8 July: an LGBT pride march, an anti-occupation rally, an ultranationalist demonstration and a protest in front of TV company Rustavi 2 for an obscene statement by the channel’s anchor Giorgi Gabunia who cursed Russian President Vladimir Putin live on air.

More below in detail.

Two of them took place simultaneously on Rustaveli Avenue in downtown Tbilisi, and were separated by a cordon of police officers and buses.

One of them was against the Russian occupation. Demonstrators have already been on the street for twenty days. Initially, the protests broke out because of the address of Russian MP Sergei Gavrilov from the seat of the parliamentary speaker to the Interparliamentary Assembly on Orthodoxy. 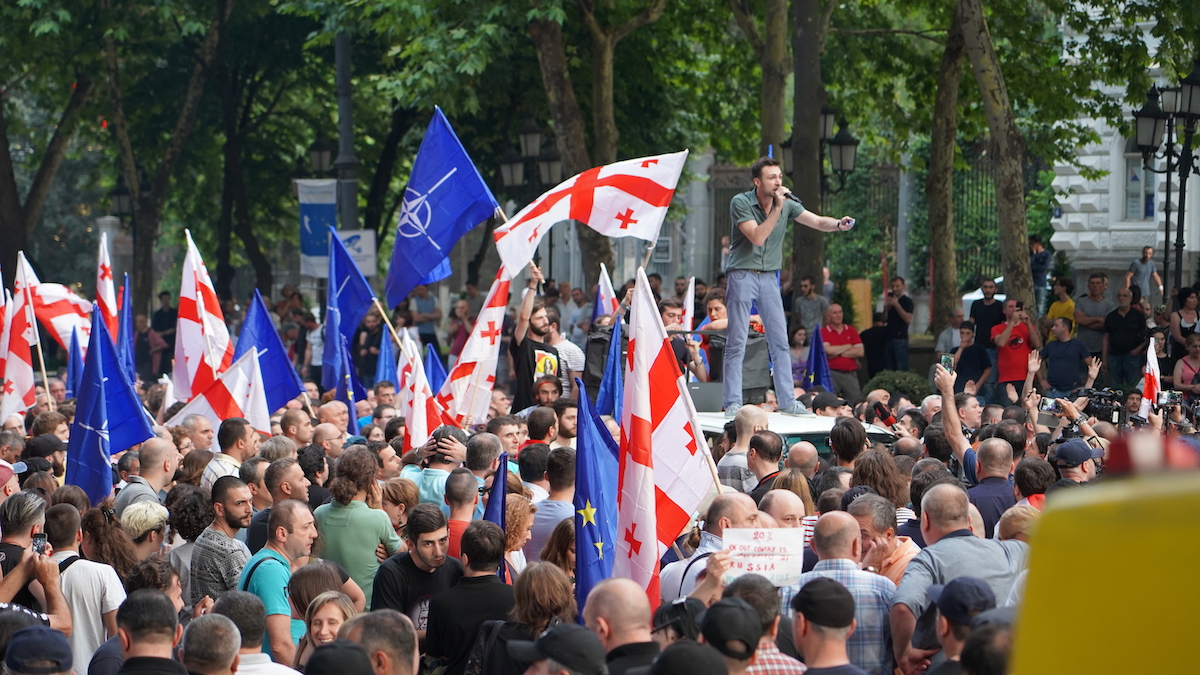 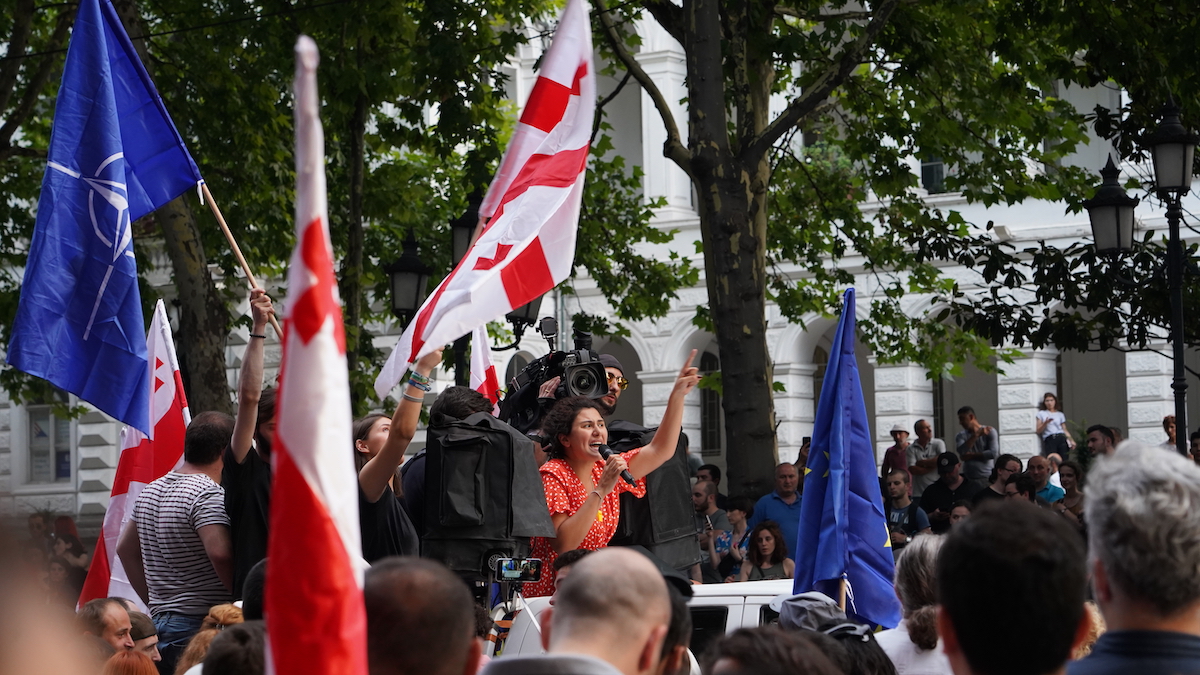 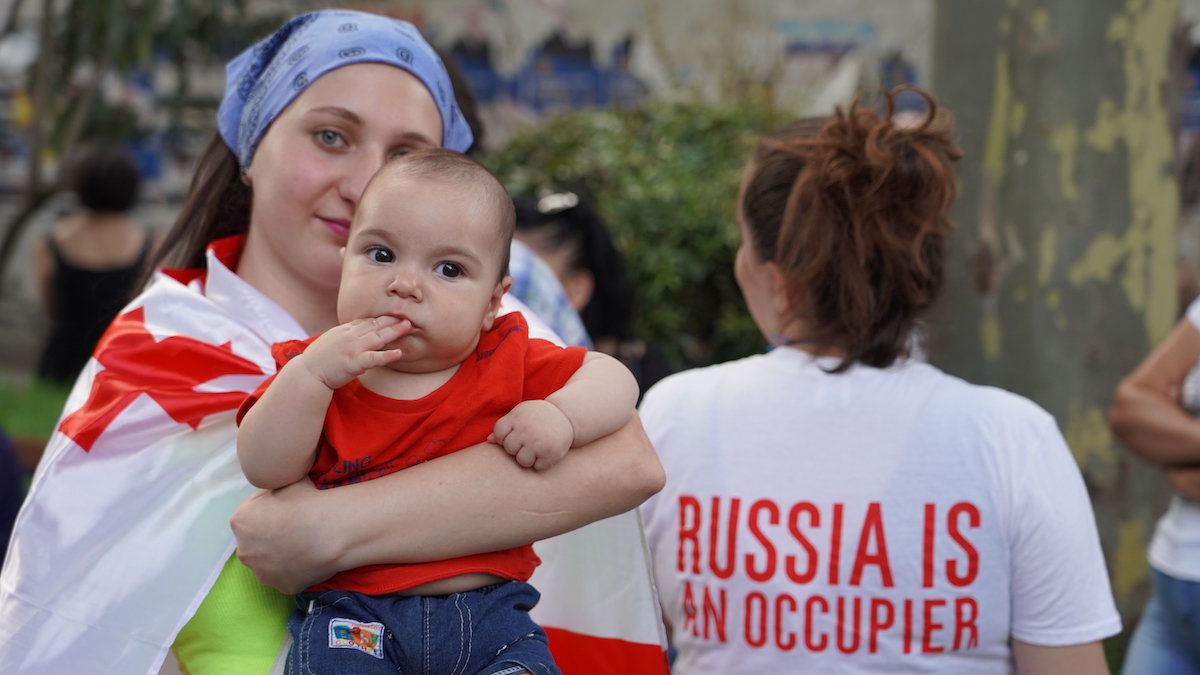 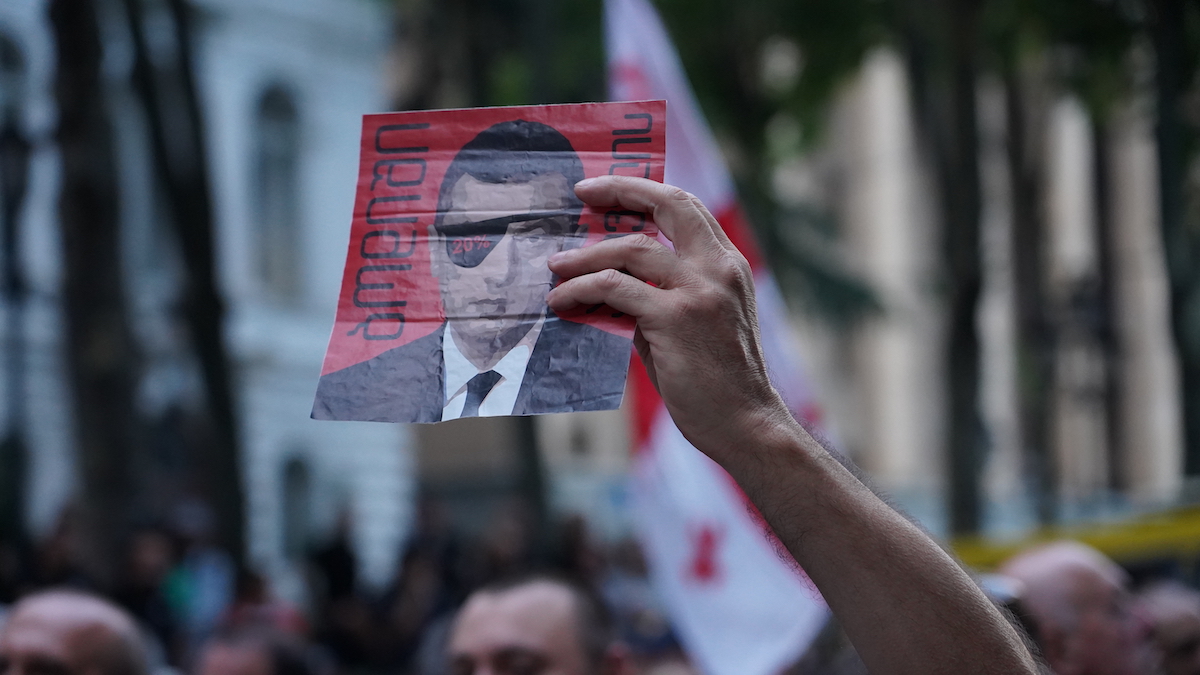 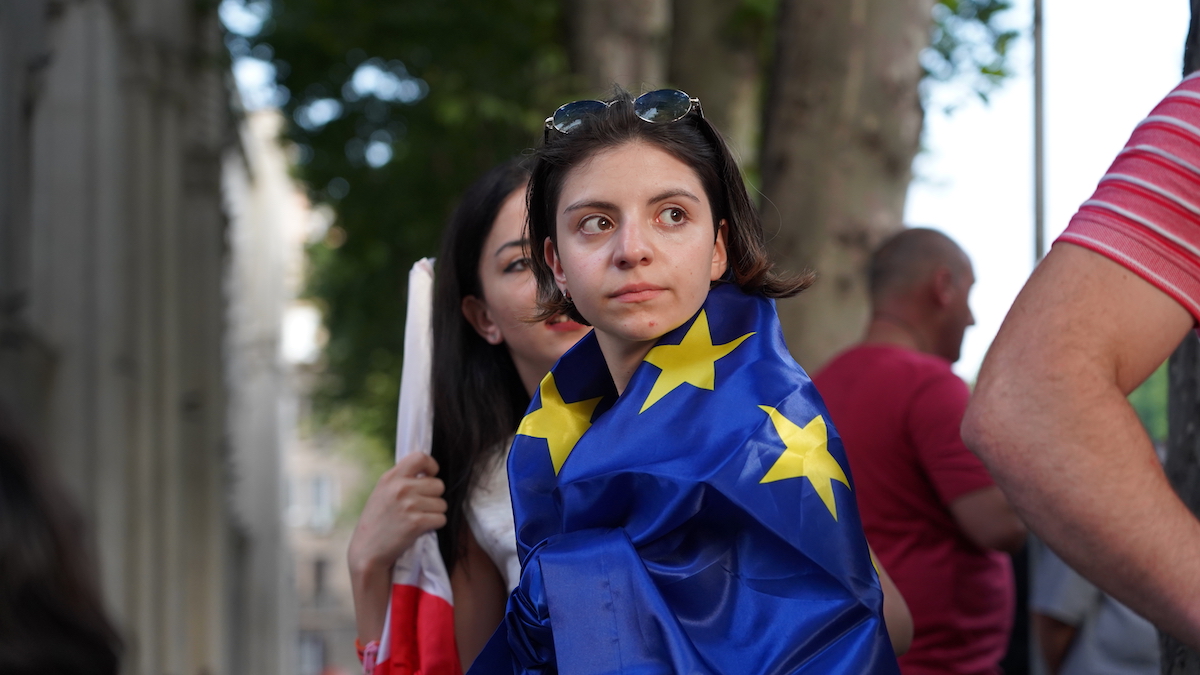 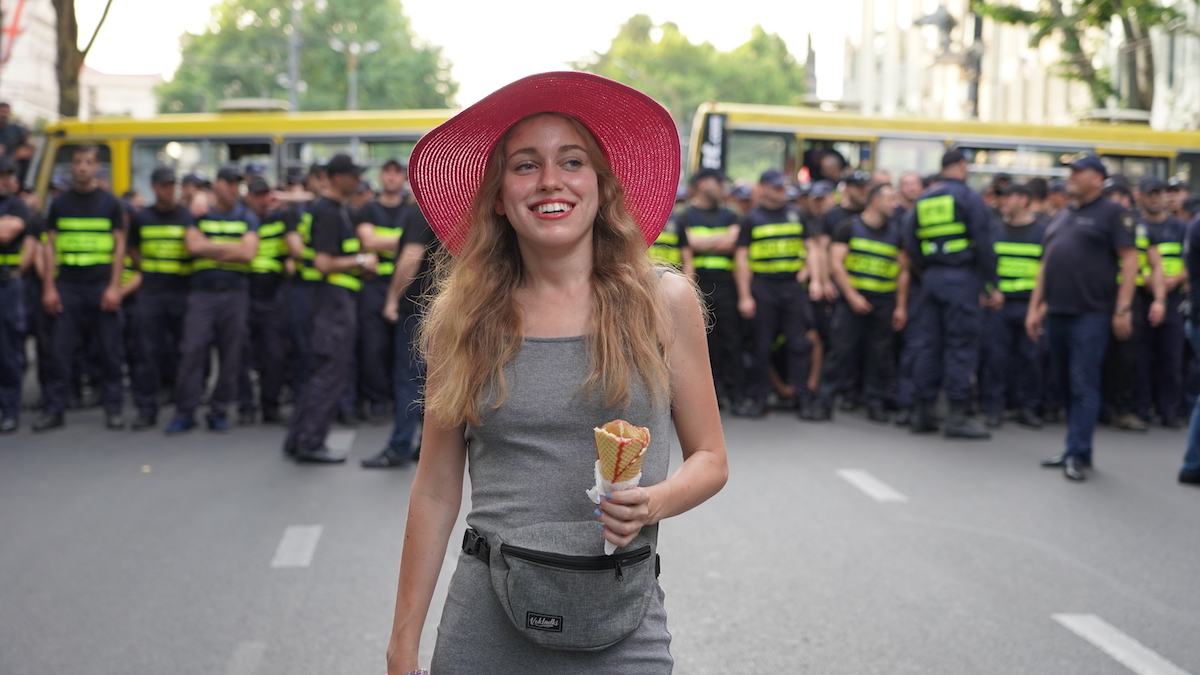 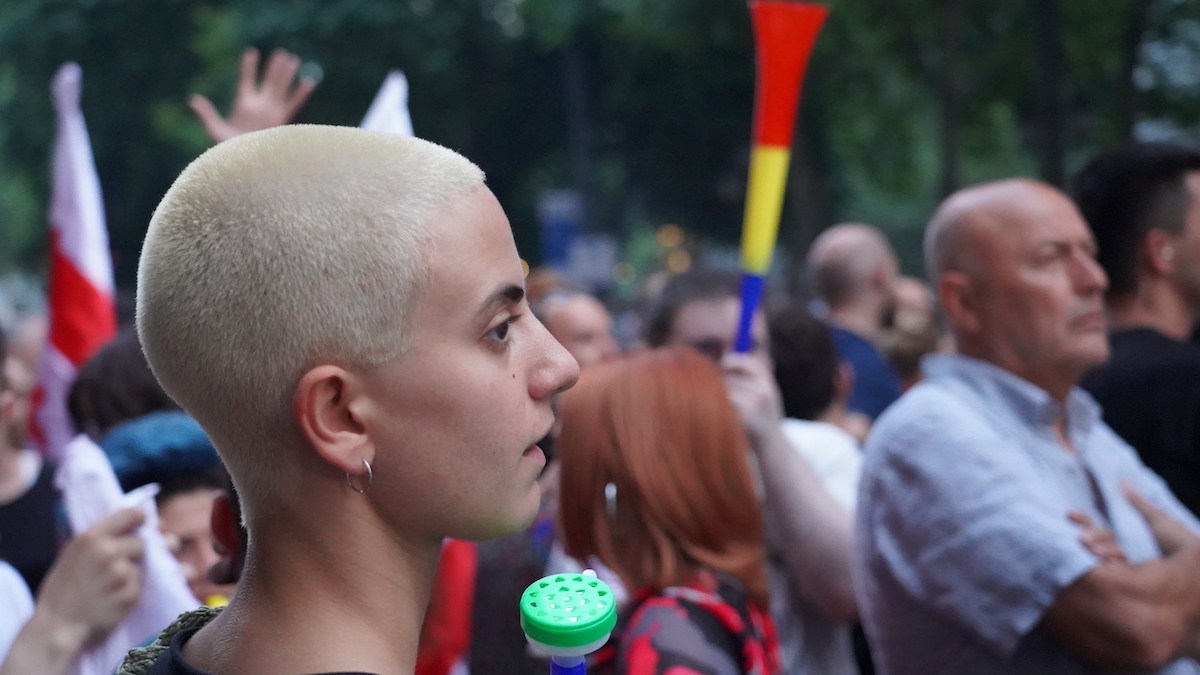 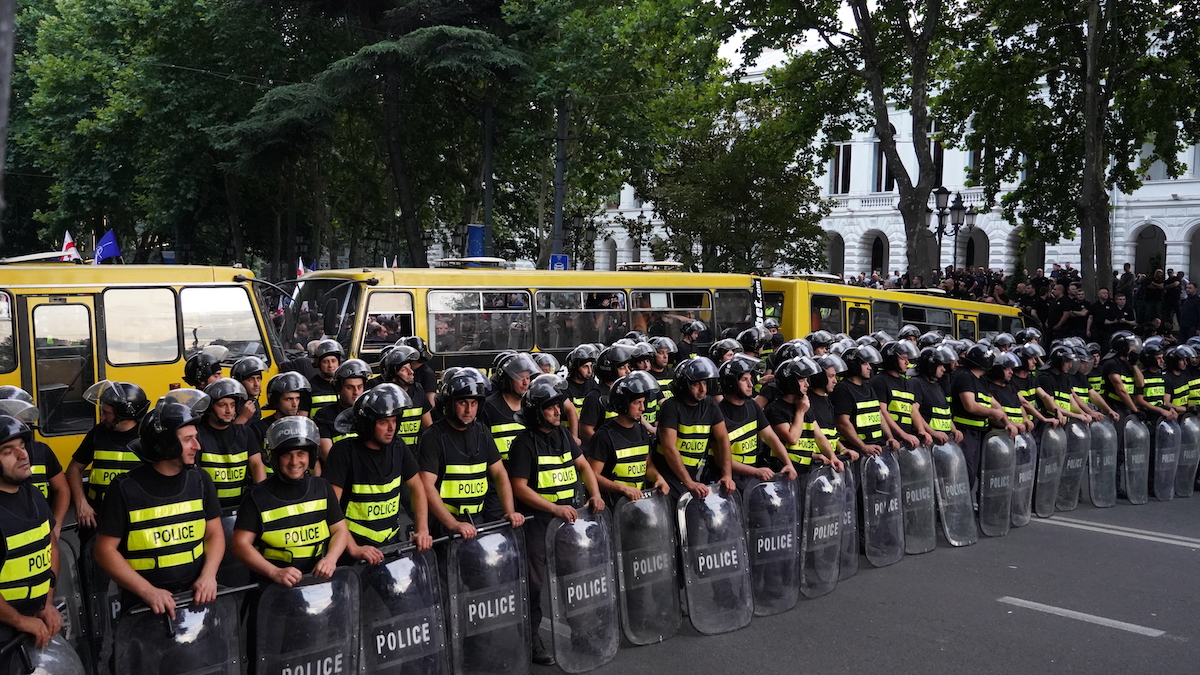 Opposition politicians are also participating in the rally, but the agenda is determined by the youth themselves.

Another protest was held because LGBT activists announced on July 8 that they would finally hold a long-awaited ‘March of Dignity’ in front of the Ministry of the Interior.

The march had been scheduled to be held earlier, but given the outburst of the rallies was postponed.

Participants of the rally intended to prevent the LGBT march from taking place.

Their main demand was the annulment of an anti-discrimination law, adopted five years ago, which prohibits discrimination and harassment of people on any basis. [ed. the law, which was passed by parliament on the recommendation of the European Union in 2014, provides for administrative and criminal penalties in cases of discrimination on the basis of gender, ethnic origin, religious or sexual orientation].

Rally participants gathered in front of the Ministry of Internal Affairs, and after it became known that the pride would not take place, they went to the parliament building.

Businessman Levan Vasadze was the leader of the contraction. He came to yesterday’s rally with a wooden cross in his hands. Vasadze made his fortune in Russia and is known for his anti-Western, pro-Russian rhetoric. One of Vasadze’s initiatives was the creation of “people’s patrols” to prevent LGBT events from taking place in preceding weeks.

Georgian March has come out against immigration to Georgia from Muslim and eastern countries. Last year they organized demonstrations with these requirements. Last year, the Georgian March announced it would form ‘people’s patrols’ to “put an end to the lawlessness of foreigners” in Georgia.

Clergymen participated in yesterday’s contraction as well. At the rally, they prayed and sang church chants. In their prayers, they asked God to protect Georgia “from the sin of Sodom and Gomorrah.” 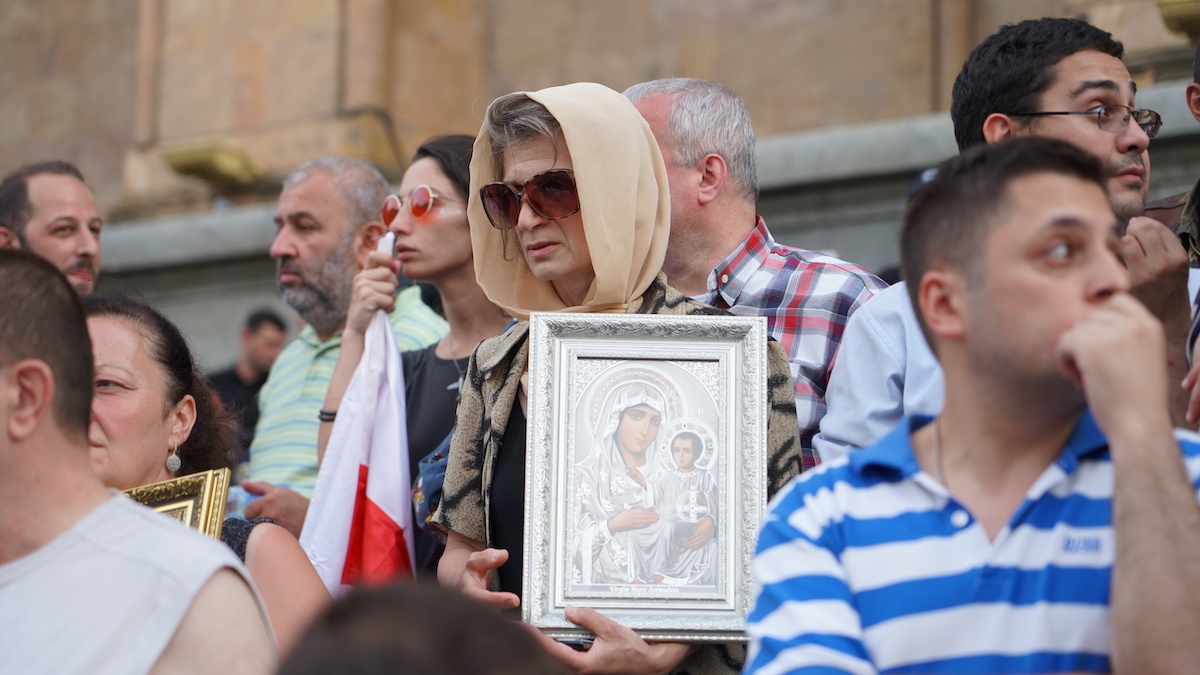 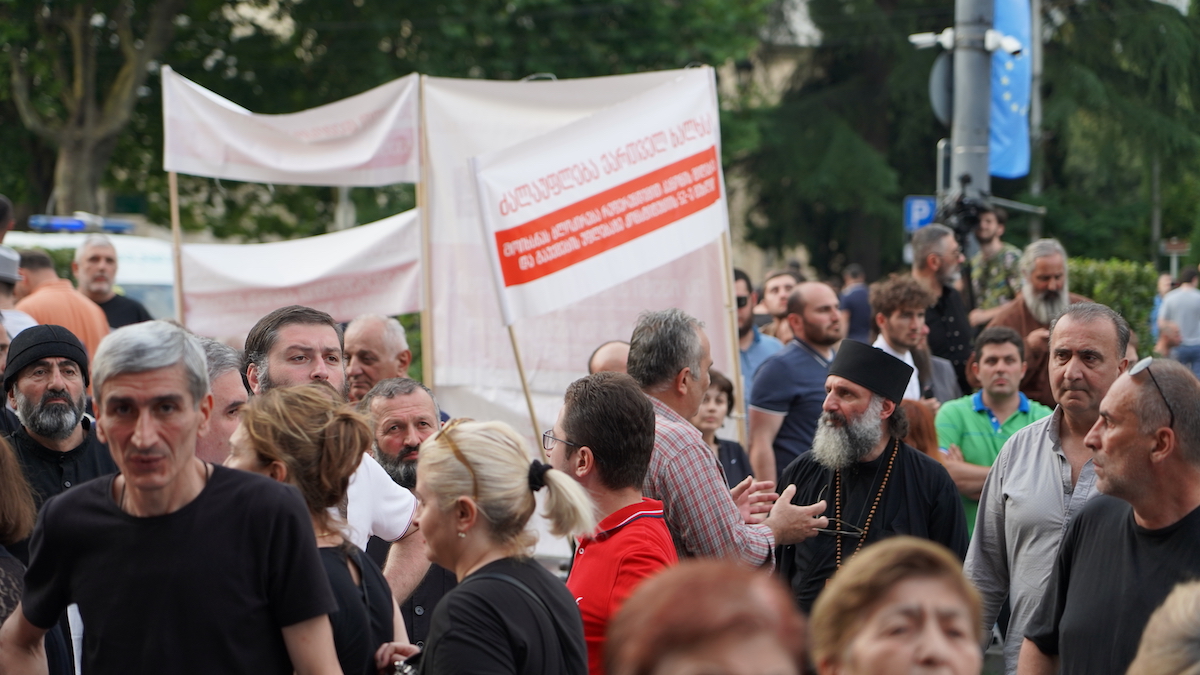 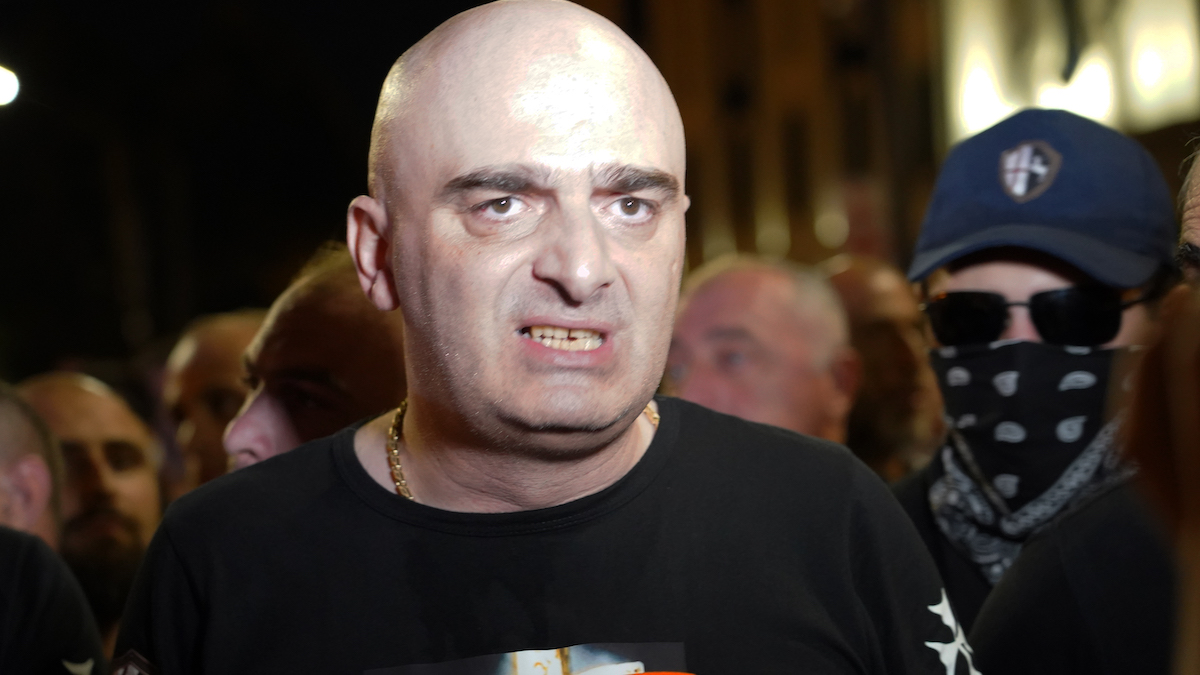 Yesterday, LGBT activists launched a drone with the rainbow flag above the rally of ultranationalists.

Participants of both demonstrations spent the night outside. In the morning, the counter protest broke up, and the participants of the anti-occupation rally again took their place in front of parliament.

The third rally was held outside the building of the Rustavi-2 TV channel.

The participants of this rally demanded a change in the leadership of the channel, the dismissal of journalist Giorgi Gabunia.

The management of the television company apologized for the obscene language of the journalist, and he was suspended from work for two months.

The rally in front of Rustavi-2 lasted about two hours, after which the participants joined the counter protest of Levan Vasadze on Rustaveli Avenue. 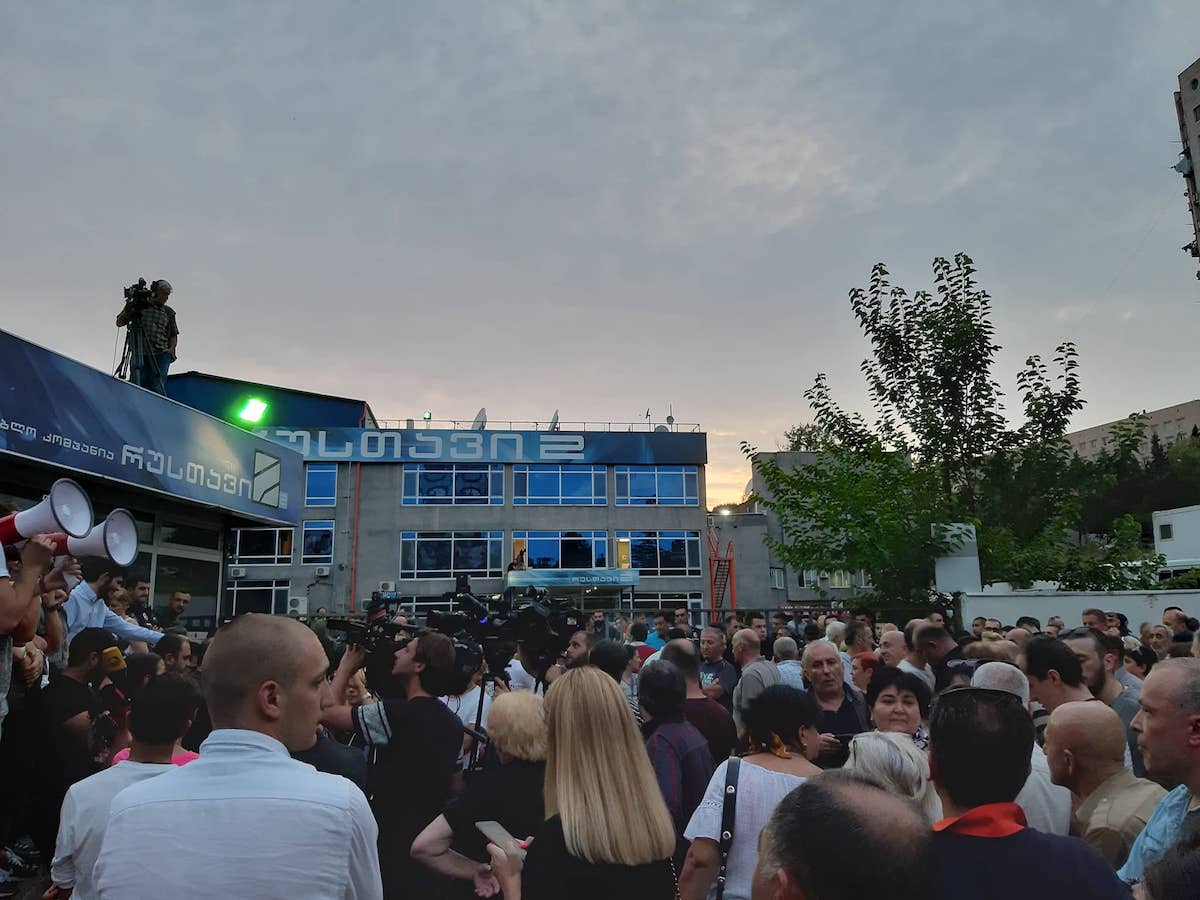 Аhe demonstration in front of the building of the Rustavi-2 television company. Photo: Salome Chikviladze, on.ge

The demonstration in front of the building of the Rustavi-2 television company. Photo: Salome Chikviladze, on.ge

The fourth demonstration was the smallest and shortest. After the ultranationalists left the area in front of the Ministry of Internal Affairs, the organizers of the Tbilisi Pride decided to hold a symbolic March of Dignity.

The first LGBT Pride in Georgia was held in front of the Ministry of Internal Affairs and lasted for about an hour, and several dozen people took part in it.

For security reasons, the organizers of the rally did not disclose information about the “march”, so many people were unable to attend. Even few journalists were properly informed.

“The march of dignity took place because we are not going to give up public places. These places are ours. Although we did not come out in as many numbers as planned, it was still important. We will be more and more from year to year”, said Giorgi Tabagari, organizer of the Tbilisi Pride, to RFE/RL.