Falling asleep in Akhalkalaki, waking up in Borjomi

Ahead of the parliamentary elections in Georgia, that are scheduled for autumn this year, Javakheti residents are protesting against the amendments to the Election Code of Georgia. They view a new law as a violation of the national minority rights.

Under the amendments, that have concerned the election constituency boundaries, Ninotsminda and Akhalkalaki municipalities will be united into a single majority constituency, whereas 17 villages, earlier included in Akhalkalaki municipality, will join Borjomi constituency. In other words, if nowadays Javakheti is represented in Parliament by two MPs, there will be only one MP from the region, predominantly populated by Armenians, in the future Parliament.

Azavret is one out of 17 villages that will be integrated with Borjomi constituency in the upcoming parliamentary elections.
The majority of men in the village regularly travel to Russia for seasonal work, to somehow provide for their families. 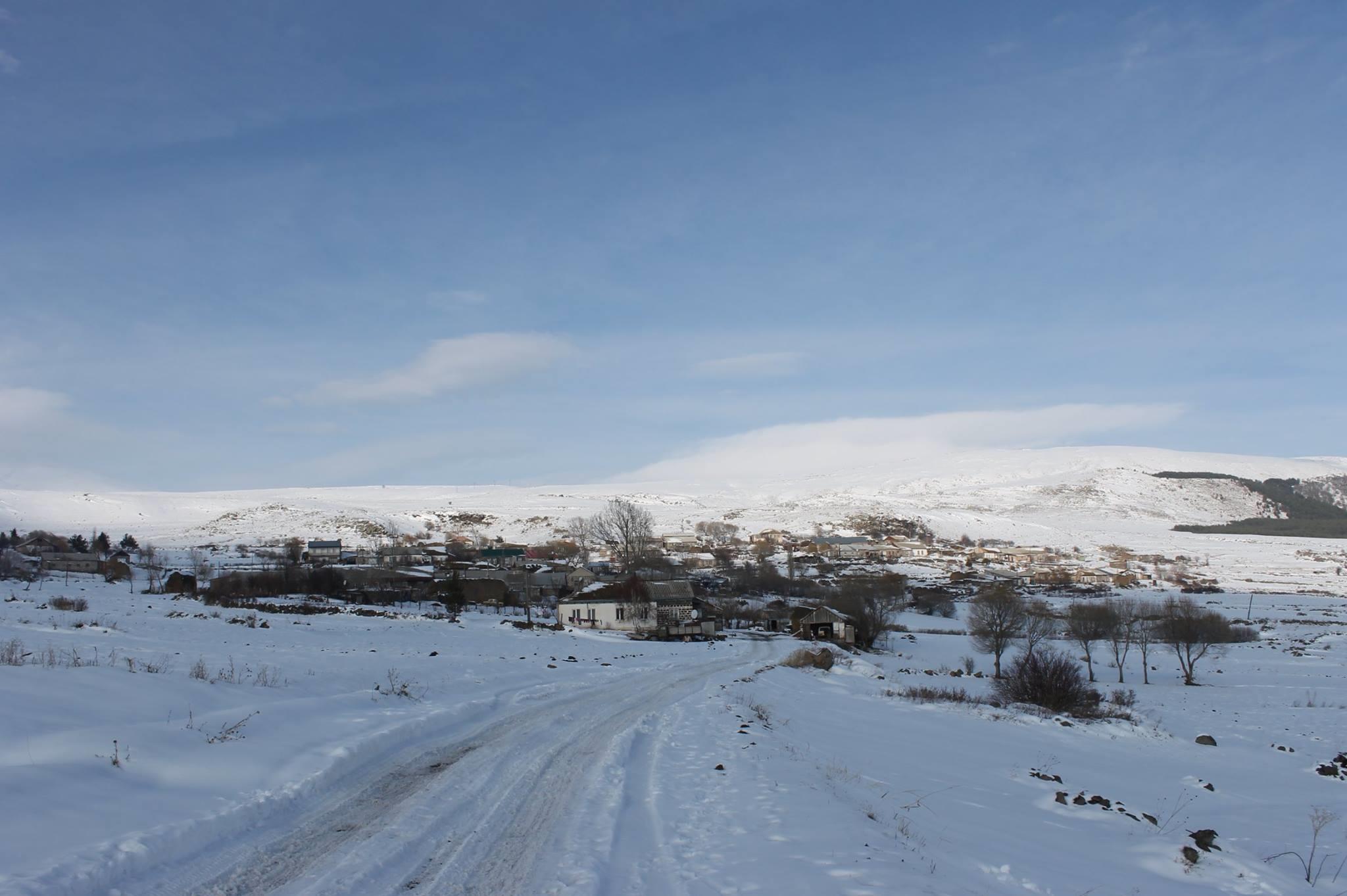 People here are almost cut off from Tbilisi information realm. Fewer people know Georgian language and the information is mainly received from the Russian TV channels. Many people don’t even know that there will be parliamentary elections in autumn in Georgia and can’t even tell the name of the country’s incumbent prime minister.

However, the news that their village will join Borjomi municipality has been taken with caution.

The youth have gathered in the village center. Azavret’s joining Borjomi is the staple of conversation.
‘We are against this law – says Yeghishe Ayvazyan – why should there be only one MP of Armenian nationality in Parliament? – he wonders, adding that – first and the most important question that raises here again is language ignorance. We don’t know Georgian, so how are we supposed to communicate with an MP?

‘God forbid, we have a problem, we won’t know whom to appeal to. If we go to Akhalkalaki, we will be told to appeal to one whom we have elected, whereas traveling to Borjomi is time-and-money consuming, Yura Chakhalyan agrees with him.

When asked, whether they had ever communicated with their current representative in Georgian Parliament, they answered negative.

‘We see the MPs from election to election. Then they disappear. But there is more to it than that. Why did not they ask us when they were passing this law? First of all, this is neglect. No one ever asks us anything. We say no, but they are still sitting on their seats, doing what they want, says Yeghishe Ayvazyan.

Language ignorance, as well as travelling inconvenience, are the main arguments against the new law here.
‘We don’t want to be separated from Akhalkalaki. Firstly, Borjomi is far and we will have to travel 150-200 kilometers to get to the regional center on business. Besides, we will have to take a Georgian, who knows Armenian and who will translate to us, since we don’t know the Georgian language. Here, in the regional center, we can communicate in Armenian, but who will understand us in Borjomi,’ – says Yura Chakhalyan, who, alike many others, travels for outside works to Russia and gets back to the village only in winter. Yura spends more time in Russia, but he closely watches the developments in his country.

In February, the youth of the villages, that will be integrated with Borjomi, gathered outside Akhalkalaki municipality administration to protest against the new law. 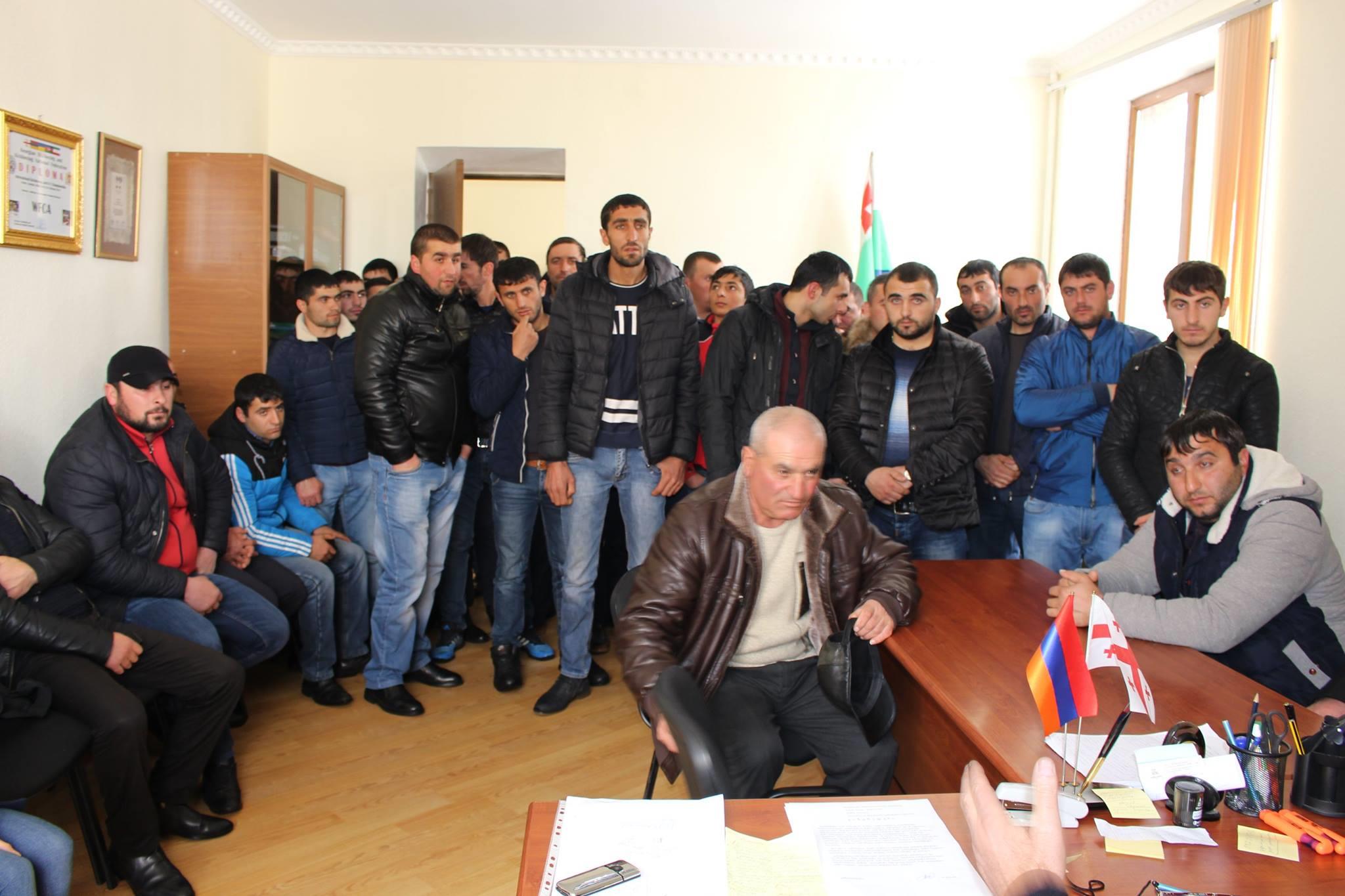 As it was stated at the rally, if their demands were not heeded, they would not participate in the upcoming parliamentary elections.

Samvel Petrosyan, Akhalkalaki municipality majority MP, a representative of the oppositional ‘National Movement’ party, met with the protesters. He believes that the ongoing changes are democratic, but they do take into account the national minority rights.

‘Proceeding from the democratic principles, the new changes are fair, but there is something that hasn’t been taken into account and has been ignored. Based on the Venice Commission’s recommendations, the election constituencies in the areas populated by national minorities shall remain within the same boundaries, so as not to violate the rights of national minorities, – says Petrosyan.

The election code amendments do not concern just Javakheti region. Under the new law, the election constituency boundaries are changing throughout Georgia.

As the authorities say, the amendments have been conditioned by the unequal number of voters in different constituencies – for example, if in one constituency an MP is elected by 50 thousand voters, in another constituency – only by 5.
Under new quota, there shall be at least 47 500 voters in each constituency. That is the reason for changing the constituency boundaries.

However, this argument is hardly acceptable for Javakheti population. It is said that apart from everything else, the new order will bring a lot of inconveniences.

Local government bodies also express discontent. Akhalkalaki District Council members learned about the new law only after it had taken its effect.

According to Meruzhan Marabyan, Akhalkalaki District Council (Sakrebulo) member, the amendments introduced to the Election Code ‘represent a great threat to Javakheti.’

‘I have recently visited many villages. People are worried, they are asking us, whether they are really going to be united with others? ‘- says Marabyan.

‘It is unclear, why they have integrated 17 villages with another municipality without any permission or notification, laying two huge districts’ burden on a single MP. People do not understand the majority constituency concept, what they understand is that a village is separated and taken away,- says Sargis Uzunyan, MP from Kulikami village.
Akhalkalaki municipality local government officials have already appealed to the central authorities, requesting to withdraw the law for revision.

As it is pointed out in the letter, addressed to the Georgian Parliament, the Prime Minister and the President, the elections in the areas populated by national minorities shall be conducted according to the former standards, so that each municipality has an opportunity to elect separate majoritarian MP.

How many people live today in South Ossetia?
Don’t fire at journalists! And don’t abuse them!