Failed in Abkhazia or in Ukraine? Why Putin has fired his influential assistant

The news has been met with a buzz all at once from several neighbors of Russia, since at this post Surkov was responsible for three areas: Abkhazia, South Ossetia and south-east Ukraine (unrecognized DPR and LPR) and was considered a very influential figure.

Surkov’s deputy Alexei Chesnakov on his Telegram channel commented on the departure of the “gray cardinal” as follows:

“In connection with the change of course in the Ukrainian direction, Vladislav Surkov left the civil service. Over the next month he will be engaged in meditation. After that, he promised to report on the reasons for his decision and on further plans.”

No clarification was given as to what was meant by the “change in the Ukrainian course”.

Putin’s spokesman, when asked to comment on the reasons for Surkov’s resignation, said that the words about Ukraine are Chesnakov’s personal opinion.

Why is a person who many political scientists in Russia, Ukraine and the Caucasus confidently called the “Kremlin puppeteer” resigning? Briefly about the various accounts. 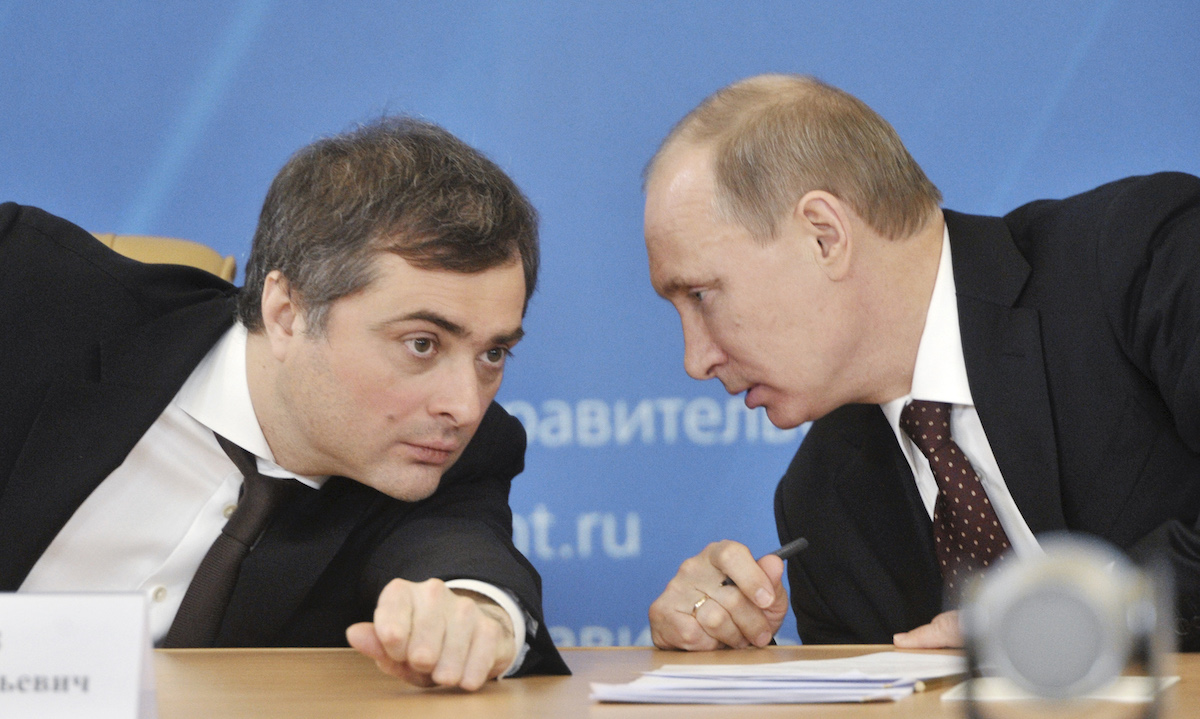 Was Surkov unable to cope with the task in Ukraine?

Russian experts say that the Kremlin’s hopes for the latest meeting in the “Normandy format” with the participation of the Chancellor of Germany and the presidents of France, Russia and Ukraine did not materialize.

There, President Putin hoped to force Volodymyr Zelensky to make concessions regarding the unrecognized DPR and LPR, but this did not happen. A war has been going on in eastern Ukraine since 2014, and not only Kyiv, but the entire western community, accuses Moscow of covert military and financial support for the separatist forces.

Did the crisis in Abkhazia undermine Kremlin confidence in Surkov?

Leonid Volkov, the closest ally of the Russian opposition leader Alexei Navalny, suggested that the recent turmoil in Abkhazia was the reason for Surkov’s disgrace.

“Surkov studied Abkhazia and South Ossetia. And he managed to let go of Abkhazia – a region with a population of 200,000 people, less than one constituency in Moscow. Even there, he couldn’t provide the political result the Kremlin needed!” he wrote on his blog.

• Explainer: what happened in Abkhazia and what’s next – between the president’s dismissal and new elections

Abkhaz journalist and JAMnews editor Inal Khashig says Surkov’s departure “will not affect the vector of Russian diplomacy in relation to Abkhazia.”

“He wanted to be present in all aspects of Abkhazian politics, flirting with both the authorities and the opposition. He tried to manipulate both of them. But he achieved only a permanent domestic political crisis in Abkhazia.”

Vladislav Surkov is an old-timer in Russian politics. His career began in 2003, when Russian authorities launched an attack on the largest independent oil company, Yukos and its owner, Mikhail Khodorkovsky.

At that moment, Surkov moved from Yukos, where he worked, to the presidential administration. He brought with him valuable information about the internal organization of Yukos and its operations.

Since then, Surkov has not left the Russian government. He served as Deputy Head of the Presidential Administration, Advisor and Assistant to President Putin.

Surkov was to create a model of the ‘Russian world’ in the southeast of Ukraine. But, according to Russian media, he was not very successful. During his time, the bloody war in Eastern Ukraine has waged for six years, a Malaysian passenger Boeing was shot down by pro-Russian militants from Russian guns, and international sanctions have been put in place against Russia.

Since 2004, Vladislav Surkov oversaw the pro-Kremlin youth movements, whose task was to demonstrate the youth’s loyalty to the Russian government. Now nothing is known about these movements.

Surkov was also responsible for introducing innovations into the Russian economy. The backwardness of the economy intensified, and the losses from projects to introduce  innovations amounted to billions of dollars.