Europe continues to toughen its stance on Russia in several fields simultaneously:

• Sanctions have been extended;

• A recommendation has been made not to support the Nord Stream 2 gas pipeline, which Russia is building;

• A resolution on “Russia’s aggressive actions against Ukraine in the Kerch Strait” was adopted.

A brief on these three resolutions was recently accepted at the recent EU summit in Brussels.

• Russian business setting up camp in Syria through South Ossetia

The European Union has extended the sanctions against Russia for another six months, until August 2019.

Initially, the European Union, like the United States and several other countries, announced sanctions against the Russian Federation back in 2014 over the Crimea crisis, when, with Moscow’s support, a referendum was held in the region, in which the majority voted for the Crimea to become part of Russia.

Ukraine and the international community interpreted this decision as the annexation of the Crimea.

Then the war began in eastern Ukraine. The international community accuses Russia of actively participating in the war and supporting separatism, thus the sanctions were expanded in their scope.

Since then they have been strengthened and extended. The term of the current sanctions was to end on 31 January 2019.

The reason for the new extension of the sanctions is formulated as follows: the European Union does not see progress in the implementation of the Minsk agreements.

The Minsk agreements regulate the situation in Eastern Ukraine and require the complete cessation of hostilities on the territory of the self-proclaimed Donetsk and Lugansk regions of Ukraine. They were signed by representatives of Russia, Ukraine, the two unrecognized separatist republics and the OSCE. Despite the signing of the protocol, hostilities in the east of Ukraine continue to this day, and the international community blames Russia for this.

The European Parliament adopted a resolution on two other issues: the Nord Stream II gas pipeline and freedom of navigation in the Kerch Strait and the Sea of Azov.

Nord Stream 2 is a new branch of the Nord Stream gas pipeline from Russia to Germany through the Baltic Sea.

The main supporters of the project are Russian President Putin and German Chancellor Merkel, who meets the wishes of big German businesses.

Opponents of the project, which in Europe primarily include Poland and the Baltic countries, believe that this gas pipeline will increase Europe’s dependence on Russian supplies and weaken Ukraine’s economy, through whose territory Russian gas now flows.

The resolution of the European Parliament called Nord Stream 2 “a political project that threatens the energy security of Europe” and calls on the EU leadership to stop its construction.

The construction of the Nord Stream 2 gas pipeline is overseen by the German government, which has not responded to calls to stop this project.

Freedom of navigation in the Kerch Strait 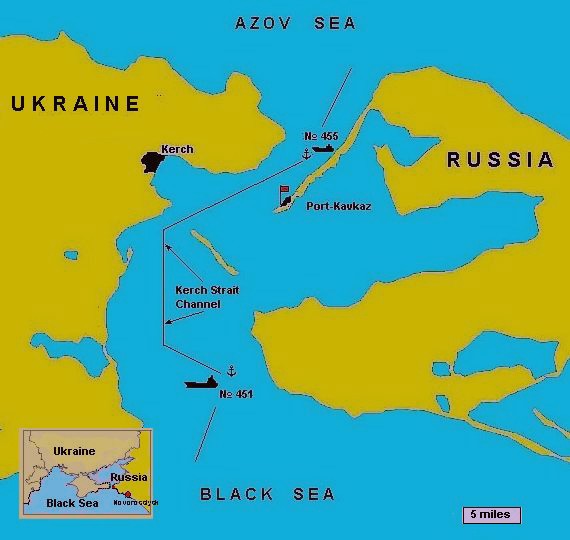 The Kerch Strait connects the Black and Azov seas. According to the agreement between Russia and Ukraine, the Sea of Azov and the Kerch Strait are the territorial waters of both countries, which their ships can use freely without requesting special permits.

However, after the annexation of Crimea in 2014 and the construction of the Kerch bridge connecting the peninsula and mainland Russia, Russia declared the Kerch Strait its territorial waters.

On 25 November, the Russian military attacked three Ukrainian warships in the Kerch Strait, heading for the Sea of Azov, captured them and their crews, and three sailors were injured.

The European Parliament called these actions “aggression”, and demands that Russia “immediately and unconditionally release the Ukrainian ships and their crews”.