JAMnews, based on The Guardian publications

Investigation of the Russian elite illegal wealth legalized in the West started in 2014. It now entered the decisive phase.

Such major actors as HSBC, the Royal Bank of Scotland, Lloyds, Barclays и Coutts are among the banks mentioned. They are facing the questions why they failed to reject the suspicious financial operations. 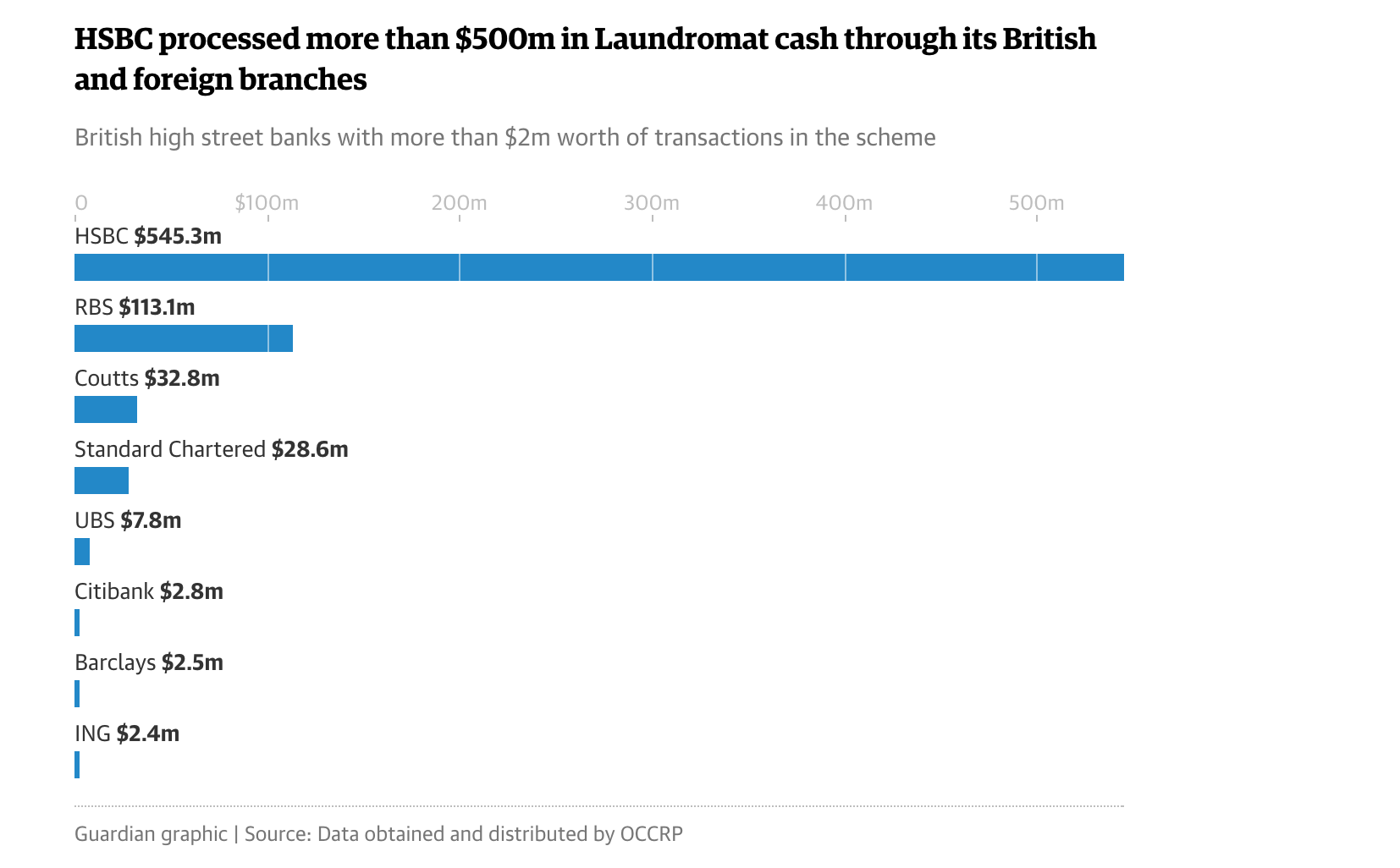 The banks claim they are committed to the procedures to prevent laundering the illegal money.

$740 is only a part of 220 bn that was withdrawn from Russia in the cause of  “Global Laundromat”.

The Guardian sources in law enforcement claim, the money were coming from corruption, smuggling and illegal banking.

The scheme was the following:

500 persons are under suspicion, including Igor Putin, cousin of the Russian president, who chaired the board of directors of the Russian Land Bank – one of the 19 Russian banks involved in the scheme. $9.7 bn were transferred from the RLB accounts to the Moldinconbank.

The British investigators shared with the Guardian the shopping and entertaining habits of the Russian elite, they learned about while studying the bank transfers. The illegal money were spent primarily on:

The Guardian article is part of the investigation, launched in 2014 by the International  Journalist Investigators Consortium

The Russian Novaya Gazeta contributed vastly to the investigation.