Birdwatching by the Georgian seaside: how birds bring in tourists 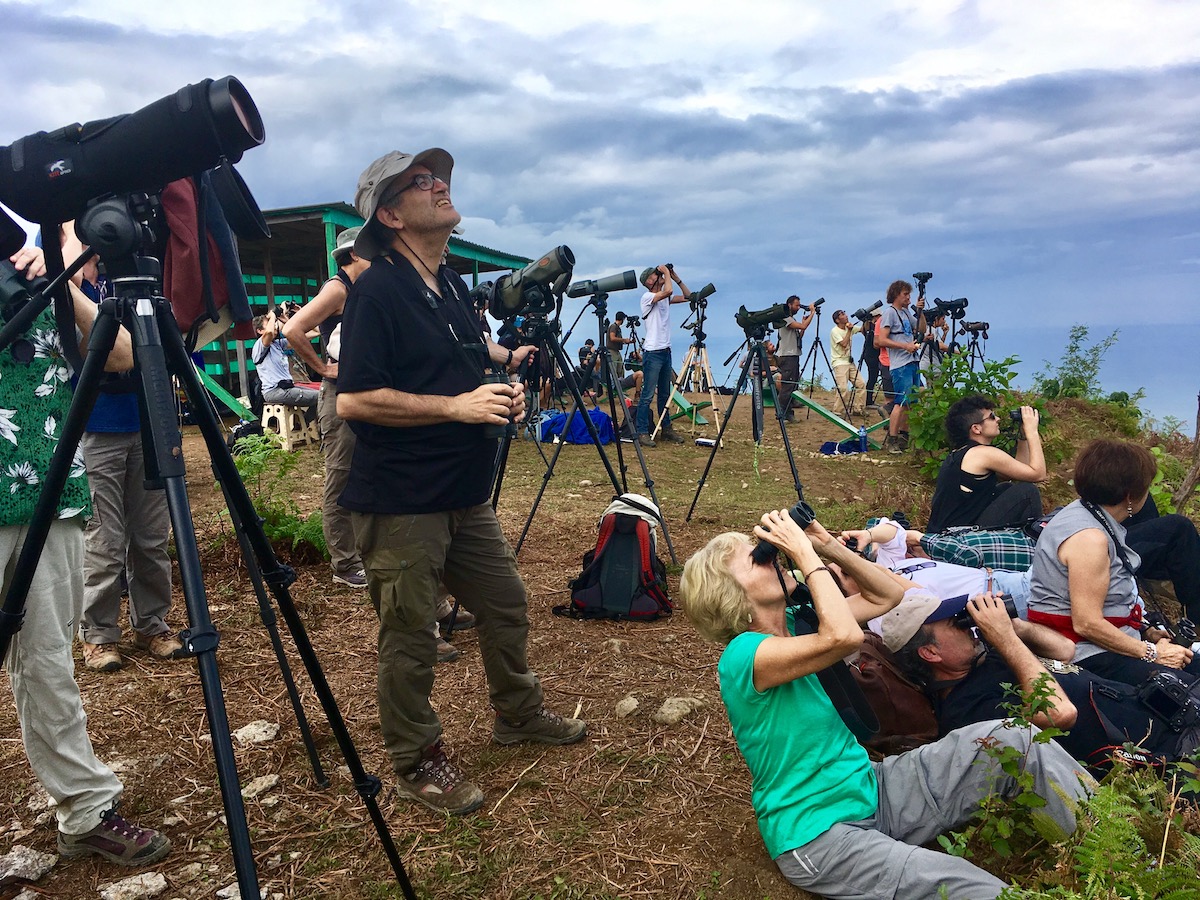 From the second half of August until the middle of October, more than a million birds fly along a narrow, 10km migration corridor in the sky to warmer countries.

More than 35 different kinds of birds travel this route, some of which are rare predatory birds. They fly in the direction of Africa for winter, and along their way have to overcome a number of difficulties.

In order to study avian migration, hundreds of tourists come to Adjara, including specialists and amateurs of the animal world. This is already the tenth year that they came to Adjara, after a unique, migration corridor for birds was opened.

In addition to science and knowledge, birdwatchers bring money, and birdwatching is becoming a fast-growing tourism industry in the Black Sea region. 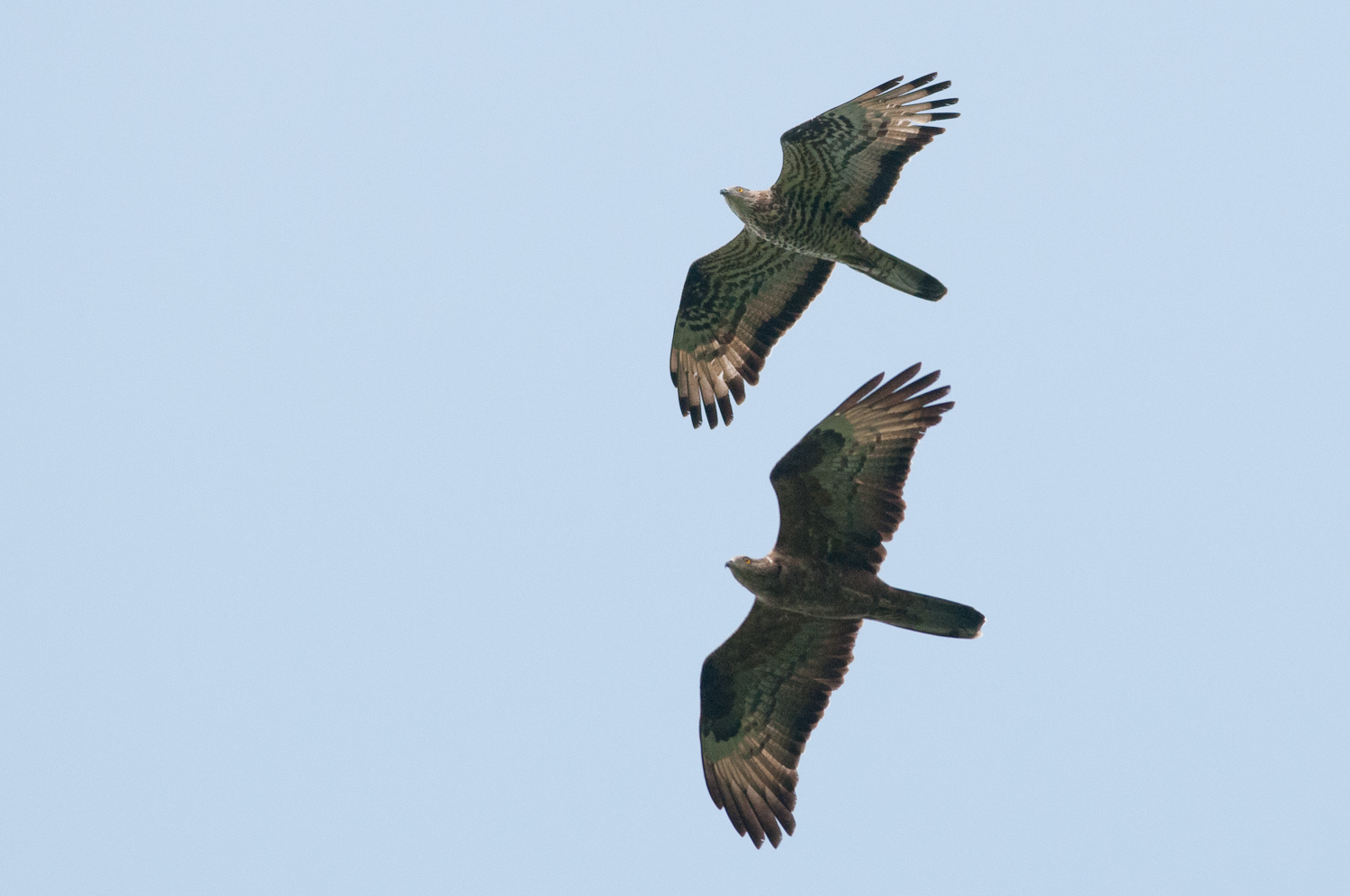 Honey buzzards over Adjara. Photo from the Department of Tourism of Adjara.

It’s seven o’clock in the morning. The platform for observation is gradually being filled by foreign scientists, tourists and amateurs who are equipped with binoculars and cameras.

A long process which takes several hours of observing the sky begins, and no one knows if the will day be fruitful or not. 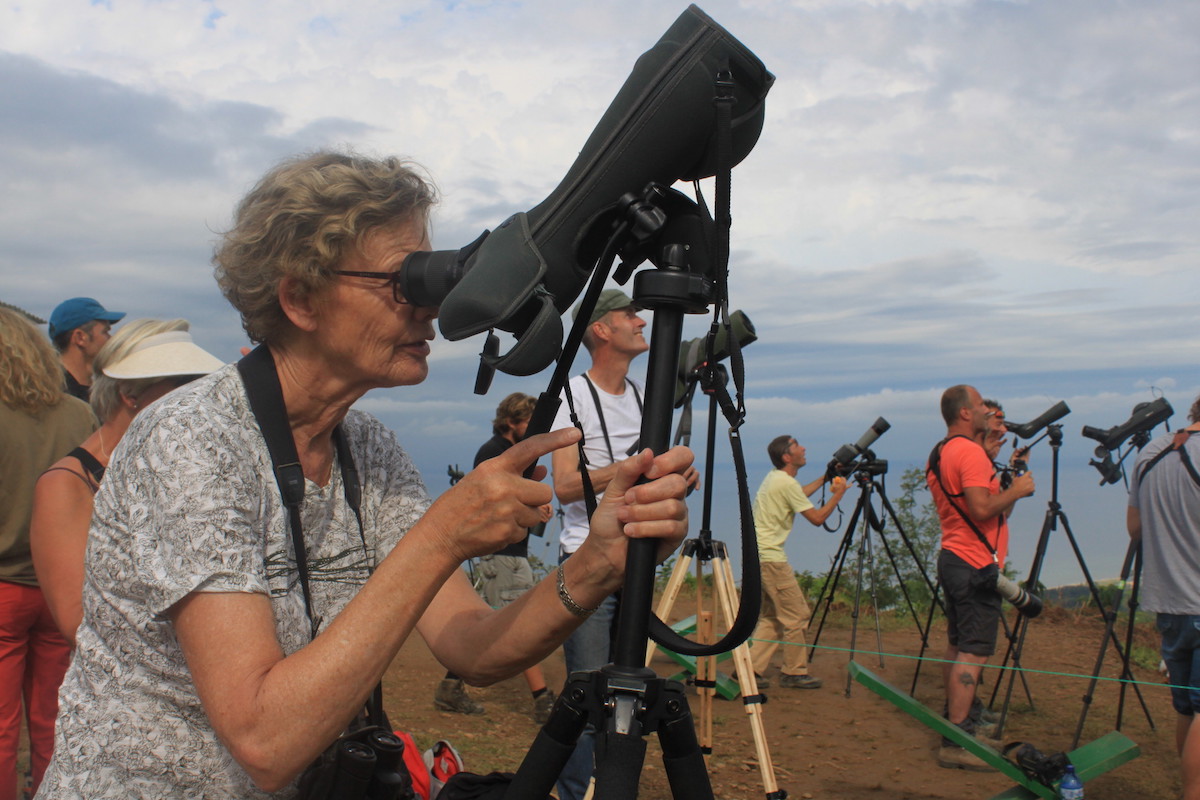 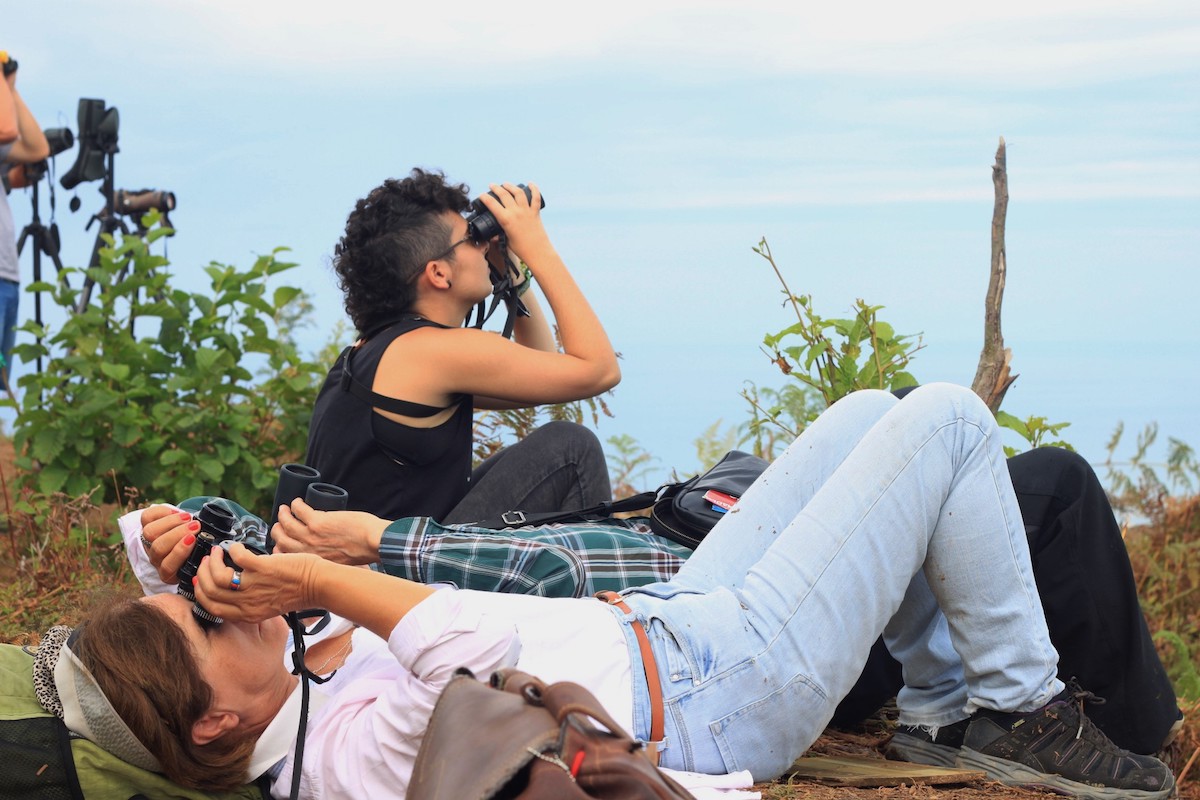 The largest birdwatching point is in Sakhalvasho.

There are several observation points in Adjara – in Chaisubani village, at the Mtirala National Park, at Ispani swamp and at the delta of the Chorokhi.

The main point is a 20 minute ride from Batumi to the village of Sakhalvasho.

An observation platform is erected 300 metres above sea-level towards the end of summer and the beginning of autumn. It looks like a small island, where one mainly hears English, though sometimes other foreign languages can also be heard.

A sea of tourists flood into the country beginning from 17 August to 17 October in order to watch the bird migration. They come with enormous backpacks and special technical equipment.

Sakhalvasho village becomes similar to a small island where one mainly hears English and sometimes other foreign languages.

Belgian citizen Johannes Jansen is the most skilled birdwatcher in Adjara. He first came here 11 years ago, and since then has not missed a single migration period. In 2010 he founded an international ecological organization with his friends called the Batumi Raptor Count (BRC) and studies bird migration in Adjara on a professional level.

Johannes Jansen was one of the first birdwatchers in Adjara.

He knows everything about his field. He believes Adjara is a unique place for watching birds. This past season was a great one for birdwatchers. He says the Batumi migration corridor has even broken a world record.

“We counted 1,591 Montagu harriers. This is a world record. There were many eagles, honey-buzzards and kites,” he says.

This data is necessary for specialists to monitor bird populations. In order to have an exact picture, one needs to study the populations for a few years. Special attention is payed by the specialists to birds of prey. In Adjara, one can see more than 35 different kinds of predatory birds – five kinds of eagles, owls, buzzards, kites, vultures and others.

Birdwatching as a unique form of tourism 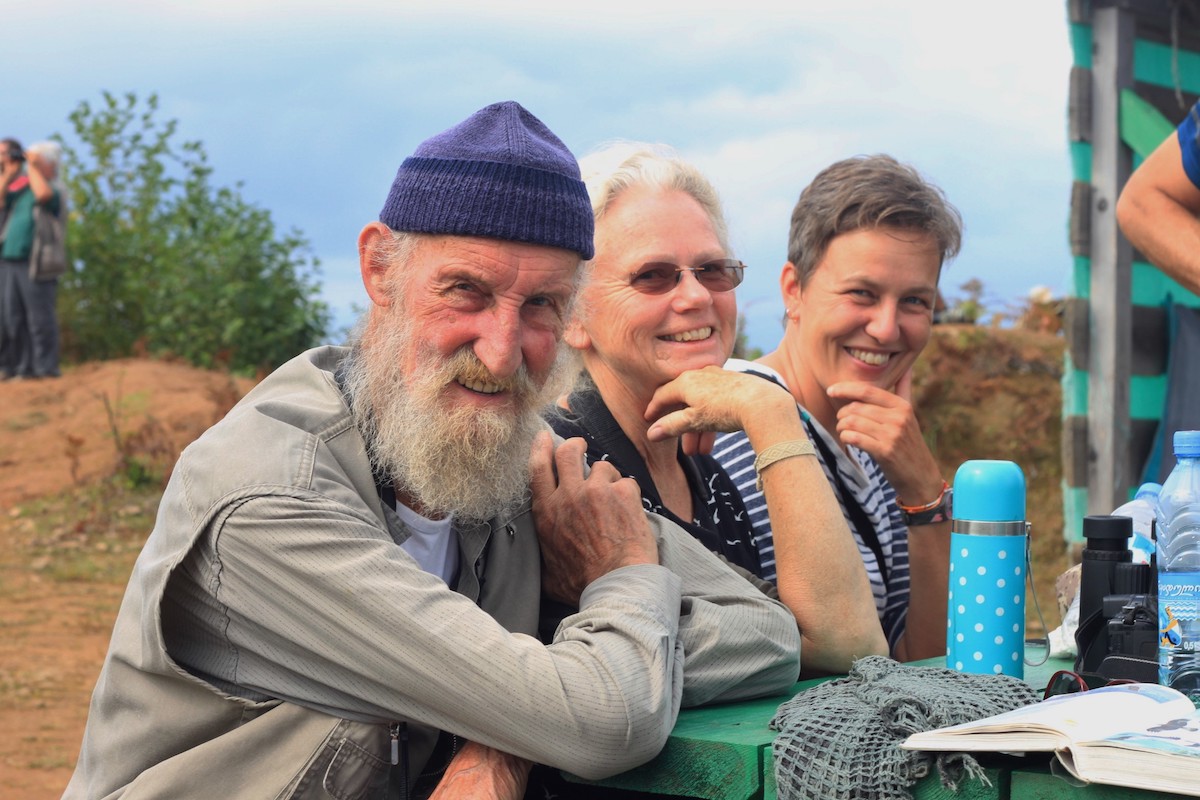 The tourism department of Adjara says that in the past ten years more than three thousand ornithologists have come to the region to observe the mass migration.

In the village of Sakhalvasho, where the majority of tourists come to observe the phenomenon, they quickly took advantage of the situation. Today there are more than 20 family guest houses in the village, and their number is growing.

Ruslan Dalaverdov is one such individual who opened a hotel. The 35-year-old has been taking in guests since 2011 and has been trying to improve conditions for his guests. 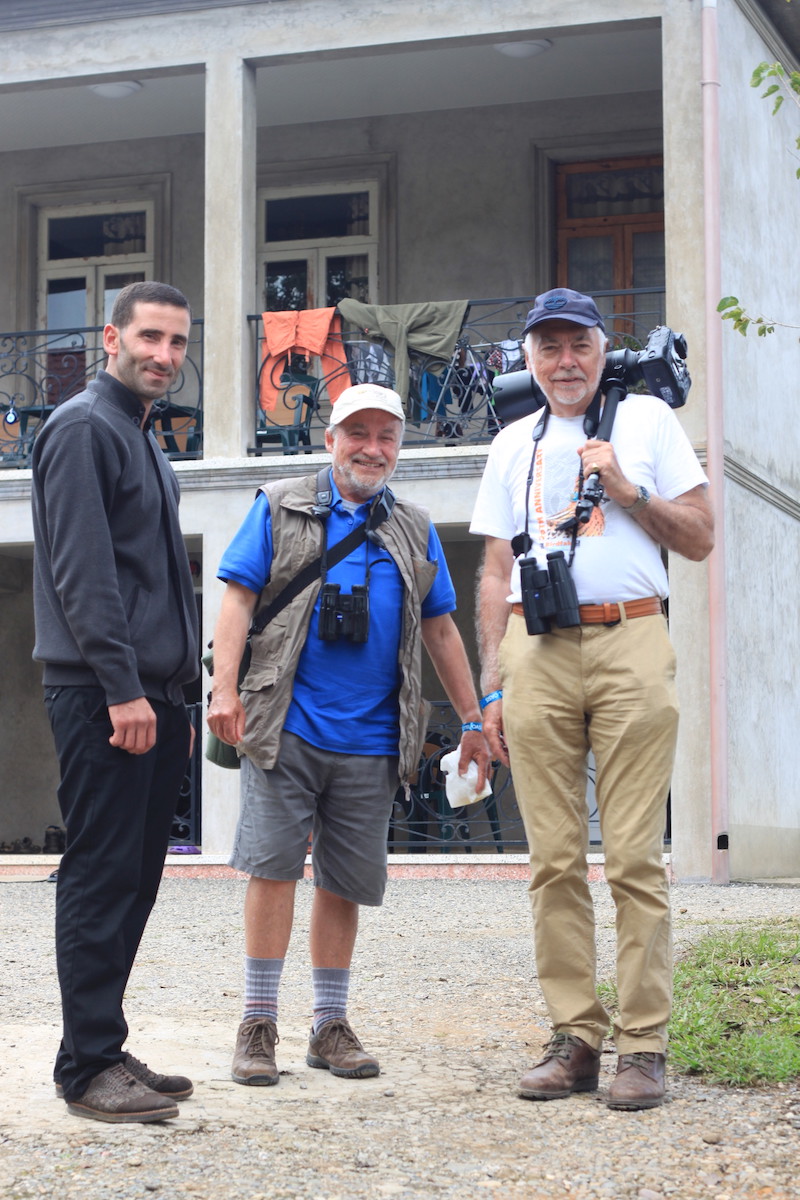 The owner of a family guest house in Sakhashvalo, Ruslan Dalaverdov (left) and his birdwatcher guests.

Ruslan’s first guest was Johannes the Belgian. Ruslan remembers that in the beginning, his guests tried to get set up in one room and payed little, but gradually the situation changed.

“In the first year I imagined that I would need to make a plan for the future. I repaired my home and fixed it up. My guests started helping me – they advertised the hotel, put it out on Facebook with pictures of nature and of Georgian dishes. In those years, I took 19 lari per guest per day and fed them three times a day. Now I charge 15 euros, but they expect better conditions,” says Ruslan.

Aslan Bolkvadze is a local resident of the area. Several years ago he also took advantage of the situation and got himself qualified as a guide. Today he accompanies eco-tourists that come to Sakhalvasho and he doesn’t complain about his income.

Aslan says that the dynamic nature of the region is growing, and every year more and more people come to Sakhalvasho to observe the birds. But there are certain elements which may prohibit further development. 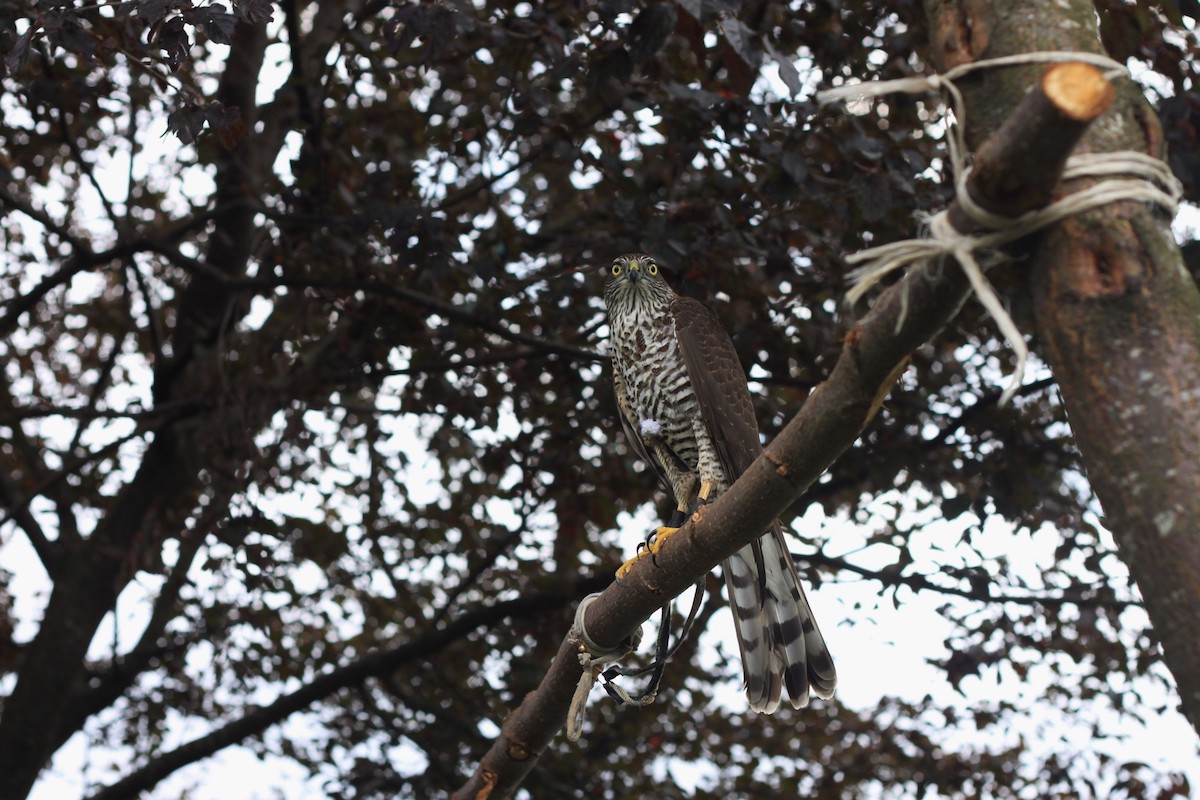 More than 35 kinds of birds fly above Adjara every year, including falcons. Photo from the Department of Tourism of Adjara.

While hundreds of people observe the sky through their instruments, one can also hear the occasional sound of a gun going off from some unseen hunter as he downs a bird.

Illegal poaching and incomplete legislation are the main dangers to birds migrating over Adjara to Africa. Hunting predatory birds in Georgia is illegal. Eco-tourists and specialists often have to meet with hunters and explain to them what role birds of prey play in nature.

There are several organizations that work in Adjara that try to deal with the issue of poaching. Aleksandr Rukhaya is the leader of one such organization, and he remembers a number of cases when, because of illegal hunting, many eco-tourists cancelled their reservations for hotels and other services.

“Due to poaching, about 10,000 to 30,000 birds die every year. There are tourists that can stand side-by-side with hunters and watch the birds, yes, but as a rule the majority of them react very negatively to this,” says Aleksandr.

His organization, Sabuko, monitors hunting across Georgia. As a result of his organization’s work, the number of birds killed in 2015 in Sakhalvasho and Chaisubani villages decreased by more than 80% compared to 2008. 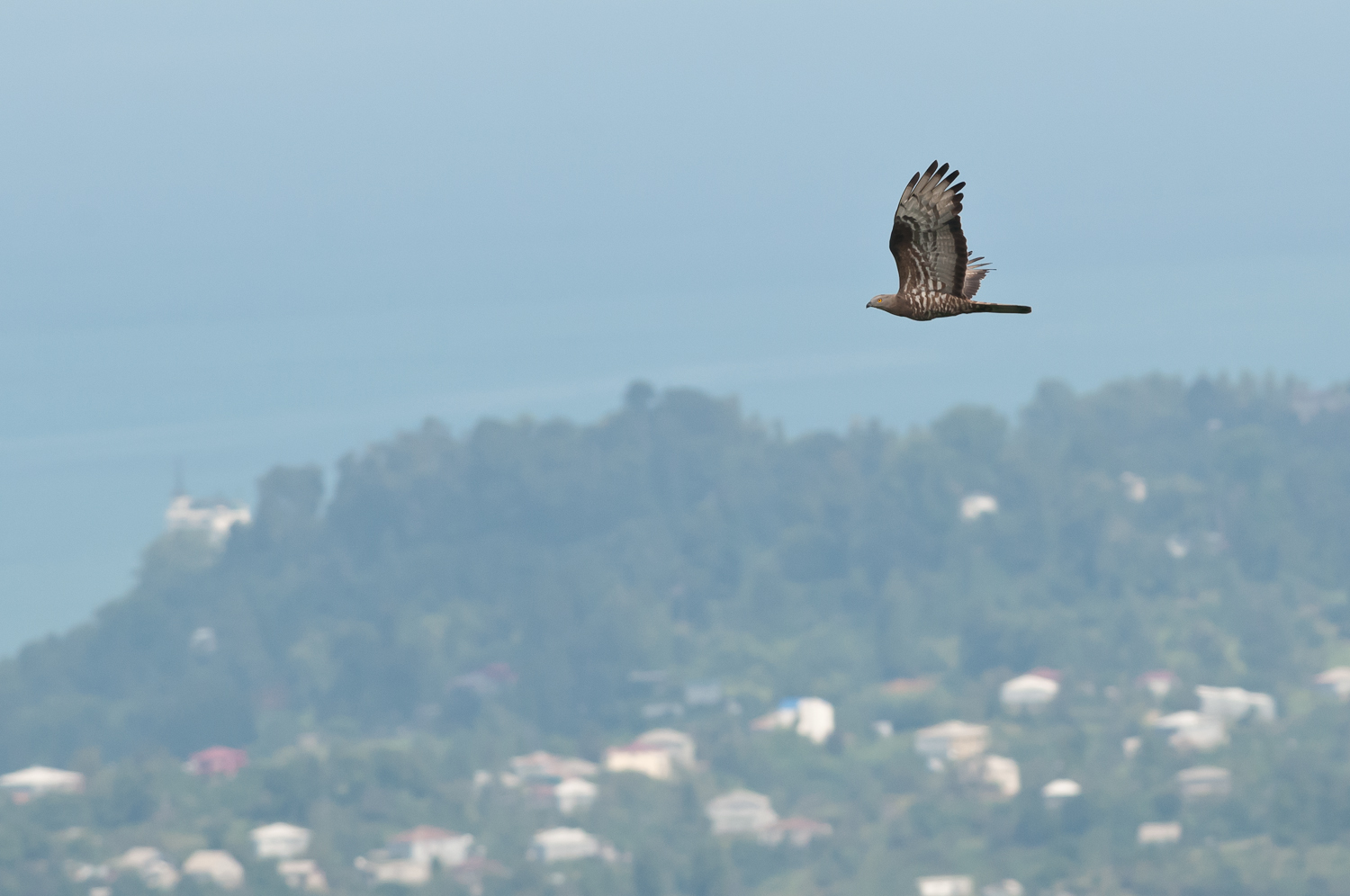 Buzzard. Photo from the Department of Tourism of Adjara.

Batumi Raptor Count also works in this field. Its director, Dutch Biologist Folkert de Boer, says that work is constantly being done with the local population: they explain that the growth of eco-tourism will also increase their welfare and the welfare of the entire village. But if illegal hunting continues and if no one puts an end to it, then the majority of eco-tourists will avoid Adjara. 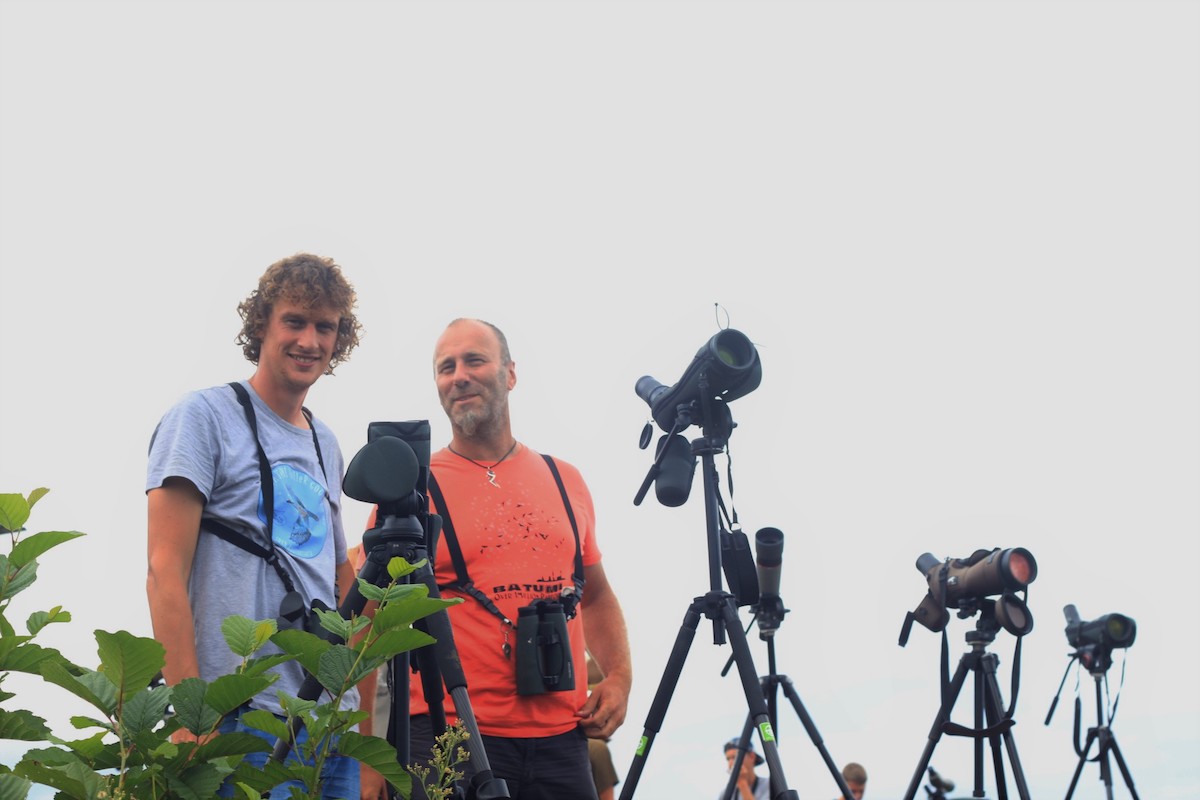 Folkert de Boer (left) has spent every autumn in Adjara for over 11 years.

“Tourists that spend the night in Chaisubani and Sakhalvasho and who spend money here try to do much for the local population. Locals already understand that they have to choose between tourists and hunting – if they continue to hunt, then tourists will stop coming, and, consequently, that source of income will disappear. For that reason, the volume of hunting has decreased significantly,” says 30-year-old Folkert who, like others, spends every autumn in Adjara.