The memories of a train passenger

To see Ani and die – this famous line from a poem by Armenian poet Hovhannes Shiraz was frequently repeated by a 90-year-old who had been born in the Ottoman Empire and who, after the fall of the iron curtain in 1991, was given the chance to travel to Western Armenia (now the eastern regions of Turkey) via the Gyumri—Kars railway.

Karine Davoyan was an interpreter-guide for a group that went on this tour. She is now a director of the Union of Incoming Tour Operators of Armenia. Karine remembers the details of how the trip was organized:

“We made a TV-ad about organizing a charity pilgrimage. It said that only those whose ancestors, or they themselves who had come from Western Armenia, could go on the trip. The idea was thought up by Eduard Minasyan, Director of Hayastan TTT tourism association, who, himself, was a Kars native. There were more applicants than expected, so we chose a group of 30 people who had applied first.

“Surprisingly, most of those willing to travel were elderly men and women. The elderly man who frequently repeated the line from Shiraz’s poem was also among them. I don’t remember what his name was, but I was impressed by his activeness despite his age. You know, this phrase ‘to see Ani and die’ can often be heard from those who are going on a tour to historic Armenia. The organizer of the trip, Eduard Minasyan, as well as a majority of the group members, are no longer alive.” 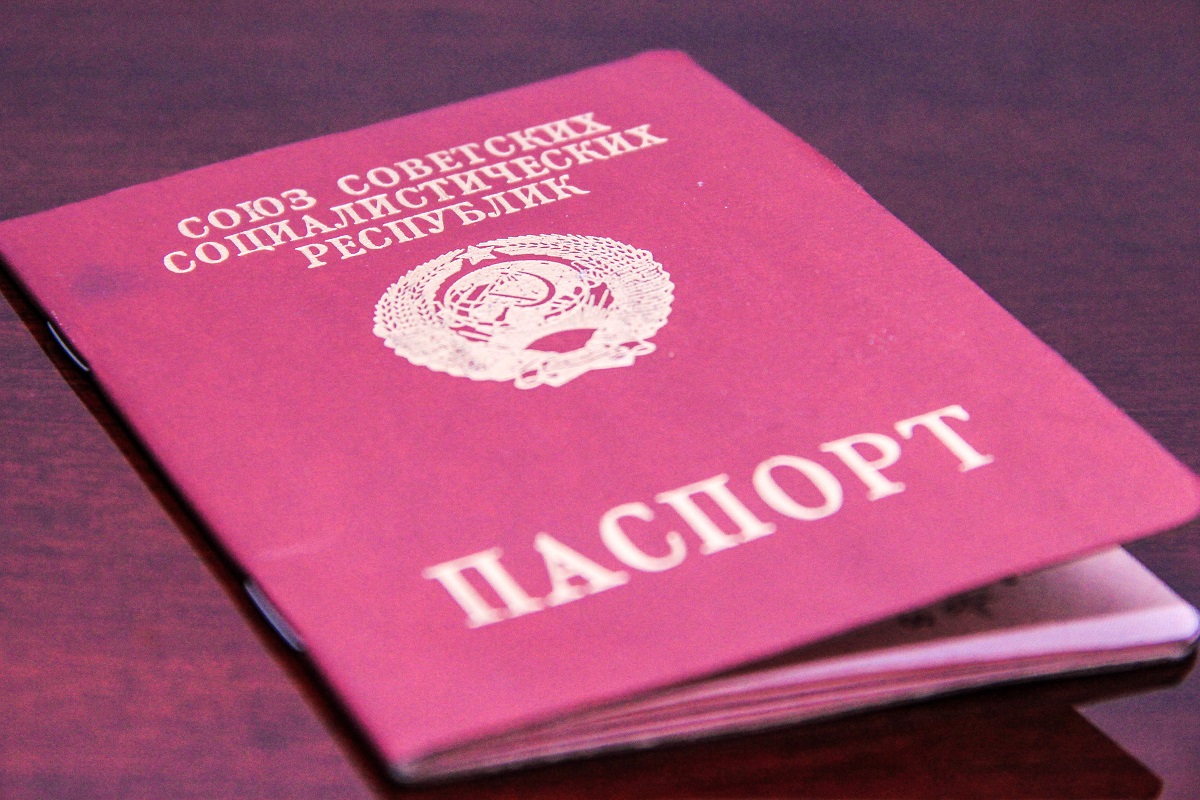 The country was on its path to independence, and citizens of it were to be issued with foreign passports for the first time. Settling visa problems for traveling to Turkey was not that easy a the time. Before the group traveled from Yerevan to Gyumri, their passports were sent to the Turkish Consulate in Batumi for the issuance of visas. 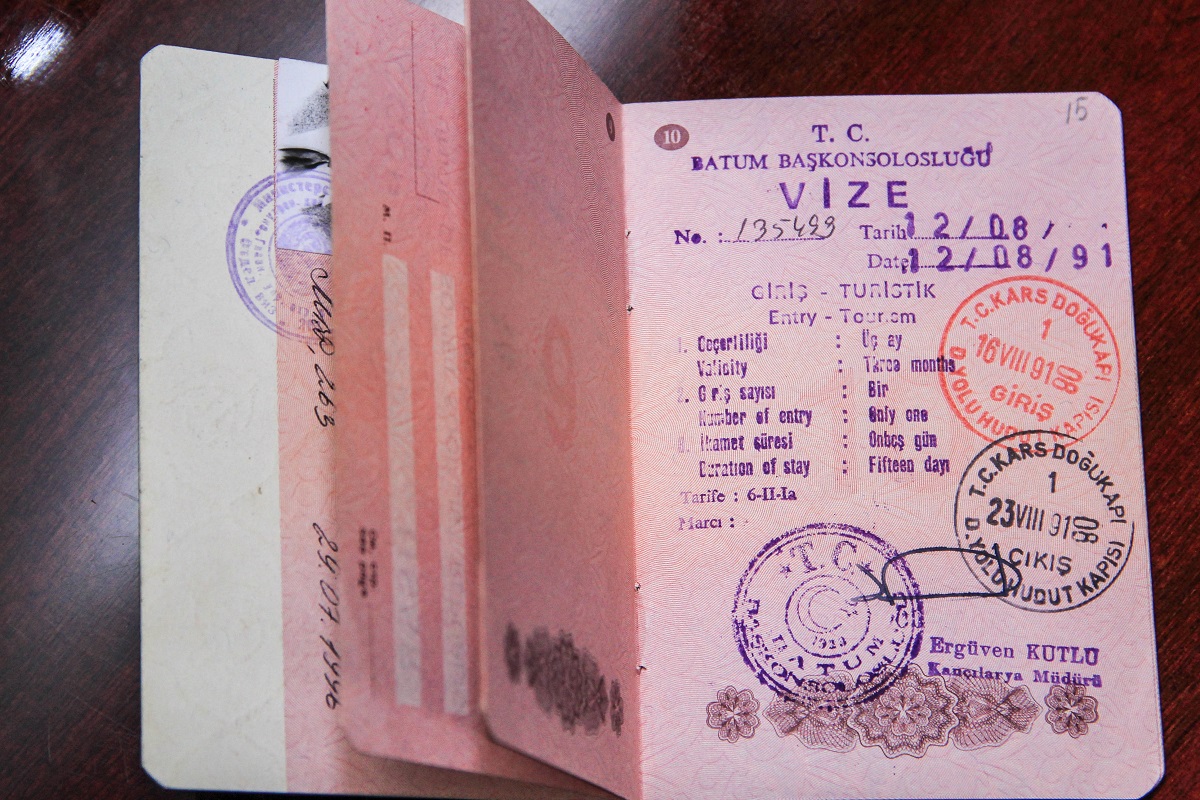 After the collapse of Tsarist Russia, passengers and cargo were transported by rail during the First Armenian Republic (1918-1920). After the establishment of the Soviet regime, particularly from 1980 till 1989, Gyumri-Kars was the only operating railway line, connecting it with Turkey. It mainly served for the transportation of goods. For the first time in the history of Armenia, passengers were to be transported via the Gyumri-Kars railway.

• Armenia-Turkey. Couldn’t be any worse

“While checking the Soviet passports, a young customs officer was surprised that Turkey’s Van and Kars towns were indicated in the ‘place of birth’ section for the majority of the travelers. Since many of the older travelers were fluent in Turkish, they immediately explained the situation to the customs officer. the two sides quickly found a common language and talked about the purpose of travel.”

Karine Davoyan admits that, before crossing the Turkish border, they had serious concerns about how they would be treated. However, they were pleasantly surprised:

“Everything went smoothly. Actually we were always received well in Turkey and we did not have to conceal our nationality. When in Van, a young Turkish man, who was fluent in English, took us to the Van Fortress. He made friends with us. Once I asked him whether his ancestors were Armenians. The young man assured me that he was a Turk, but his parents said that Van had been inhabited by Armenians long time ago.”

One of the consequences of the Armenian-Azerbaijani conflict and closure of the Kars-Gyumri railway was that in 1993, Turkey, in a token of solidarity with Azerbaijan, decided to close the railway. Armenia, which has few ways linking it with the outside world, was deprived of that one too.

Another railway, linking Armenia with Russia and passing through Georgia, was also closed in that period. The railway section running through Abkhazia, which claimed independence from Georgia, ceased to operate. During the Abkhaz war it was blown up.

The railway has not operated since 11 July 1993, when Armenia and Turkey exchanged rolling stock, remaining in their territories till present.

“Like other citizens, I also learned about it from news programmes. I wasn’t a businessperson and thus did not respond differently to the closure of the border. It was a pity, that’s all. I just believe there should not be any closed borders in the 21st century.”

Railway in a political dialogue

Armenian authorities never miss the opportunity to remind people of the last closed border in Europe’s neighborhood, as well as about Turkey’s unilateral decision to stop operation of the Kars-Gyumri railway.

Concerns about it are voiced almost every year. Sergey Minasyan, a political analyst, believes that for the Armenian authorities, it is not that important to convey its concern on this issue to Ankara, but rather to attract the superpowers’ attention:

“I don’t think that those who are engaged in politics in Turkey are unfamiliar with the peculiarities of this issue. This is more aimed at Europe and the United States. It is an attempt to use levers that have greater influence on Turkey than Armenia.”

Armenian-Turkish protocols were signed in Zurich on 10 October 2009 as a result of a process that started in 2008 which was referred to as ‘football diplomacy’.

A football match was scheduled between the national teams of Armenia and Turkey for 8 September in Yerevan just before the arrival of President Gul. The Armenian side then commenced in restoring the 12-kilometre Armenian section of the Gyumri-Kars railway.

No one mentioned the reasons behind the restoration, but  it was clear that if a political dialogue between the parties ended successfully, the opening of the railway, which is of particular importance for Armenia, would be one of the first outcomes. Protocols which were to be signed did not, however, meet expectations, and passed into oblivion.

“If the parties try to settle relations in the future, these protocols, even though they are already just a part of history, would be the basis for the continuation of a dialogue on the same logic. Such a process can be launched for different reasons, but we can’t tell what will make the parties engage in a new dialogue. The protocols which were aimed at establishing dialogues between Armenia and Turkey failed in all sectors. In what form the next attempt will be depends on what philosophy will be laid under the rapprochement process,” suggests political analyst Sergey Minasyan.

Karine Davoyan did not travel to Turkey again after August 1991. She does, however, believe it necessary to open the borders with Turkey:

“Armenian and Turkish delegations, representing the two countries’ tourism sector, met in Yerevan a few years ago. We suggested that the Turkish representatives write a joint letter to the two countries’ leadership, requesting to open the borders. We received positive provisional feedback from our colleagues, but have not received a final answer.”

Karine fondly recalls the remarkable and warm meetings she had during her only visit to Turkey. However, she is in no hurry to repeat the experience. She says she simply prefers to spend her holiday in European countries, but if the railway opens again, she would like to once again be among the first passengers of the train running on the Gyumri-Kars railway line:

“Today, closing the borders goes beyond any logic. Hatred does not lead to development and if I ever have the chance to go to Turkey again, that’s the idea I would like to convey to our neighbors.”

The footage shot by the trip participants in 1991.
Go to top