Azerbaijan, Turkey, Armenia and Russia took the last four places of 49 countries of Europe and Central Asia in a rating of hostility towards LGBTQ individuals compiled by the international organization ILGA-Europe.

• You never know, whether you’ll return home alive or not’ 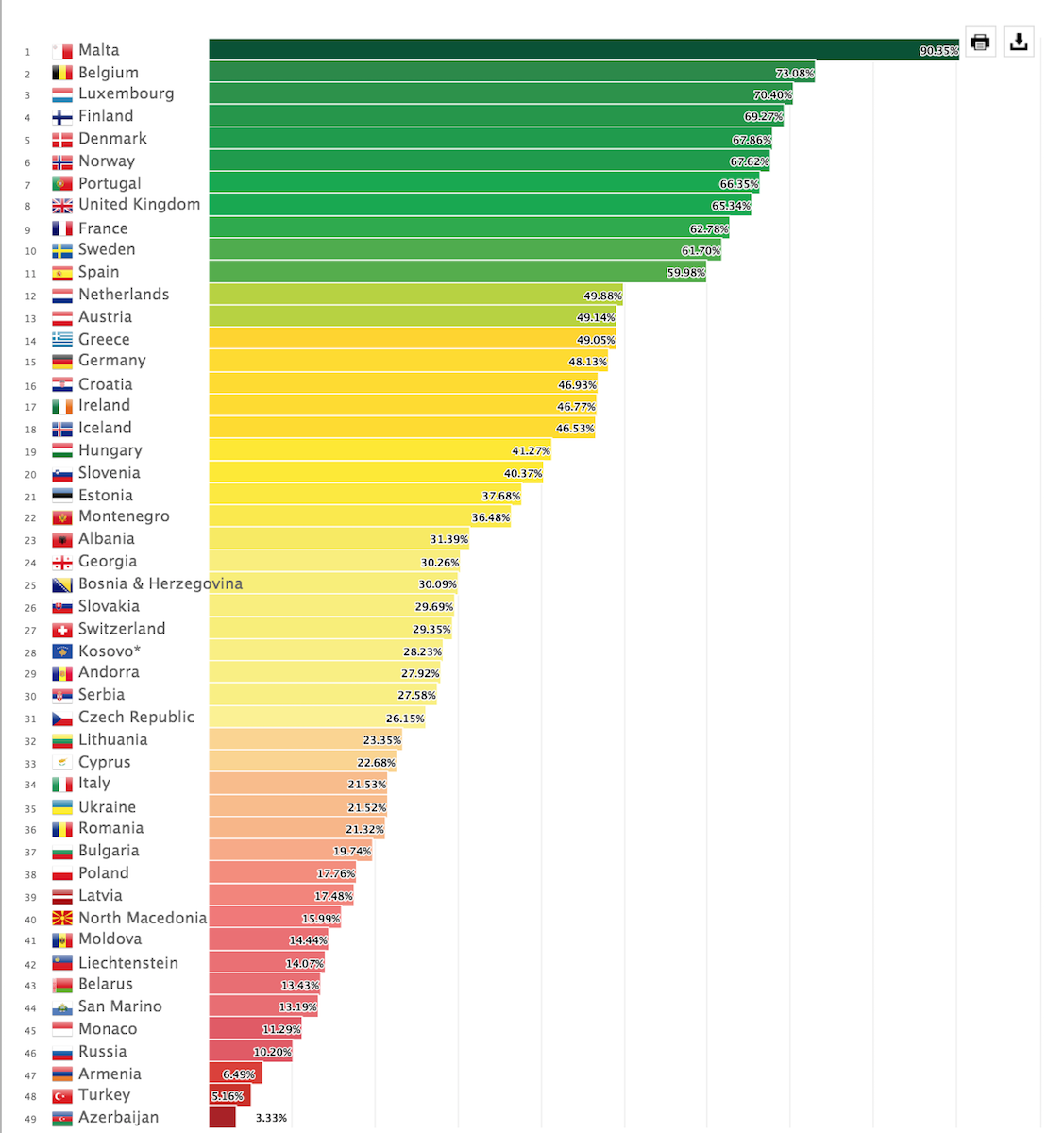 The six countries where society and the state are most tolerant of LGBT individuals (in descending order) were Malta, Belgium, Luxembourg, Finland, Denmark and Norway.

How is the rating put together?

Six criteria are used in the ranking:

2. The ability to create a family.

5. The possibility of obtaining asylum in a given country on the basis of being an LGBTQ individual.

6. Crimes of hostility against sexual minorities and hate speech.

ILGA-Europe is an international association of more than 400 organizations from Europe and Central Asia that advocate the rights of sexual minorities (gay, lesbian, transgender and bisexual) and fight against discrimination against them.

The organization compiles an annual rating of tolerance towards LGBTQ people.

Detained Georgian doctor to file lawsuit against Russia in ECHR

Chinese vaccine in Azerbaijan: the questions to which there are answers

Detained Georgian doctor to file lawsuit against Russia in ECHR