A minor girl rape case, involving the representatives of a renowned Abkhaz family, and the subsequent murder of the girl’s sister, shocked the Abkhaz public and triggered an open public protest against the impunity for crime.

Astamur Jopua, a presidential security guard officer, is facing the rape charges. According to preliminary information, he came to the Jagmazia family heavily drunk and, threatening the family members with a gun, forcefully took away 14-year-old Liana, who had been diagnosed with autism. He took the girl to an abandoned sports center in Eshera village, where he menaced her with gun shots and then raped her.

Liana’s sister, Angela Jagmazia, 22, who was Astamur Jopua’s acquaintance, was shot dead in Sukhum outskirts shortly after the aforesaid incident. Ruslan Jagmazia, the girl’s father, is suspected of the murder. He has been put on the wanted list. 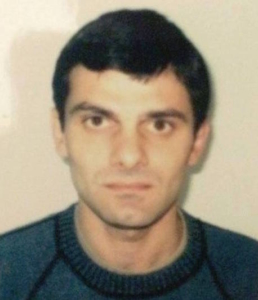 This terrible story also has another context. Astamur Jopua belongs to a family from the Abkhaz top establishment: his brother, Almas, is an MP and a leader of the ‘Ainar’ party; his father’s sister, Tali Jopua, is the head of the national TV and Radio Company. Tali Jopua’s spouse, Aslan Kobakhia, is the Minister of Interior.

Astamur Jopua voluntarily surrendered to the authorities. However, he flatly refused to plead guilty and was unwilling to give a testimony. The aforesaid has inspired a heated public discourse about the governmental agencies’ failure to handle the criminal situation and their attempts, in many instances, to cover up the criminals.

“The law-enforcement system needs to be completely reformed. It has proved to be absolutely inconsistent,” said Arda Inal-ipa, the Director of the Center for Humanitarian Programs of Abkhazia. “The investigation oftentimes lacks impartiality, some evidence are disregarded. In many cases, the government officials and their next-of-kin are shielded from responsibility, regardless of some individual evidence and testimonies. I believe that the commission should include competent people, who will be entitled to familiarize themselves with the materials and raise questions before the parliament.”

In this particular case, the influential relatives aren’t trying to cover up Astamur Jopua. Tali Jopua has resigned. Her spouse, the Minister of Interior, decided not to interrupt his 10-day vacation due to the dubiousness of the situation.

Almas Jopua, the accused person’s brother, published a statement on social media, saying that ‘the past few days turned out to be the hardest ones for me and my family in our entire life…a person who committed a crime against a child should face the most severe of the available punishments, irrespective of his social status, nationality or family ties.”

A group of women representing various public organizations made a special appeal, addressed to the Parliament, and on Monday, 19 June, met with the Abkhaz lawmakers.

The “Criminals’ impunity has reached such a level that threatens our statehood with destruction. If those involved in the rape of a minor girl and murder of her elder sister go unpunished, the society disintegration process will become irreversible. We call on the National Assembly … to set up a commission involving the public members, so as to ensure tougher control over the investigation and to regularly inform the public on the progress of the activities aimed to resolve those issues,” reads the appeal.

On 19 June, the Abkhaz President, Raul Khajimba, made a statement reagrding the aforesaid two crimes: “There should be no justification, no mercy! No one should think that some people are protected and covered up here.”