Talish: A Story of Ruins

Since 1992 the Armenian village of Talin has been destroyed twice and its residents had to be evacuated twice. During the first evacuation, Aram Ohanian saved his children, and during the second, he saved his grandchildren.

‘I covered my grandchildren with my own body, so as to protect them from bombs which were falling to the ground like hail. I collected all my things that remained in tact after the attack, and we were transported to a different place,’ said Ohanyan. 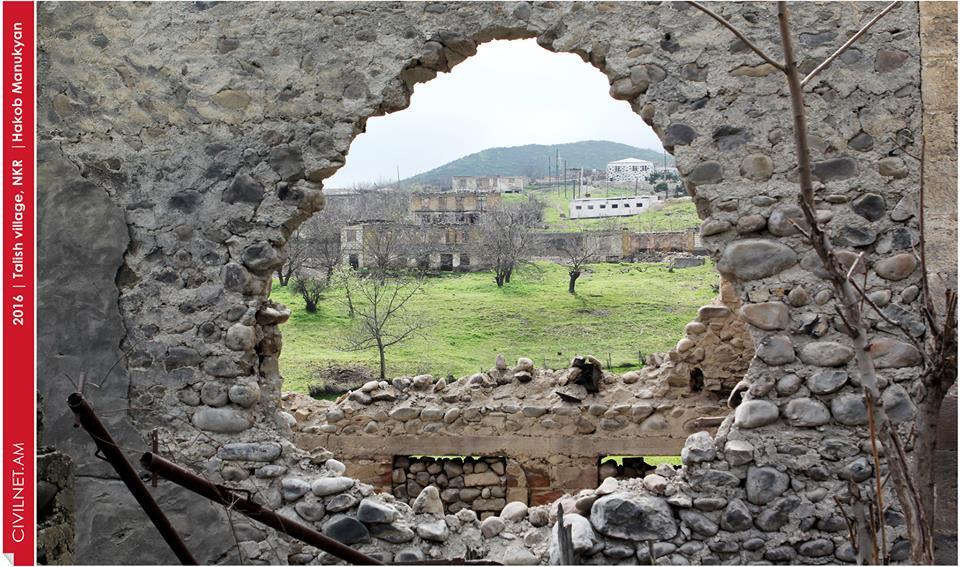 Talish is one of the most ancient and biggest settlements in Nagorno-Karabakh. In 1992, when Azerbaijani armed forces stormed the village, Ohanyan left to save himself and his children, at the same time that other residents of the area, approximately 40,000 Armenians, also left the area.

Talish was under the control of Azerbaijani troops for almost two years. In April 1994, after Armenian forces forced the enemy to retreat, Ohanyan and some of the residents who had fled the village returned and rebuilt their destroyed homes.

On the night of April 2, 2016, when the Azerbaijani army subjected Talish to a massive shelling, the Ohanians family, a husband, wife, their son, daughter-in-law and their three grandchildren, the youngest of whom was 4 months old, were fast asleep in their rooms. Their son, a soldier, was keeping the guard that night.

‘The children couldn’t understand what was going on. Scared by the explosions, they were crying loudly. My daughter-in-law took the four-month baby in her arms and covered him with her body, while my wife and I covered the remaining two children,’ says Ohanyan, who wasstanding in his ruined house.

Talish is located in the far north of Nagorno-Karabakh and borders Azerbaijani villages. The villagers were evacuated a few hours after the shelling. Only a few elderly people remained in their houses on the outskirts of the village. On the morning of April 2, the Azerbaijani insurgent group entered the village. As was reported on all major media outlets in the country, they shot three elderly men and cut off their ears.

The Azerbaijani armed forces had occupied several military posts that were then taken back by Armenians in the span of a couple of days. The Azerbaijani militants acquired the Lele Tepe height, as well as five surrounding posts on the south-eastern section of the contact line.

How the Four-Day War Started

The April 1-5 War resulted in hundreds of people being killed and wounded on both the Armenian and Azerbaijani sides. However, it should not be viewed as unexpected because since May 1994, when the parties entered into an indefinite truce, the two sides have been engaged in an arms race. The negotiation process entered into a deadlock, whereas Azerbaijan continuously publicly stated about its determination to end the conflict using military power. 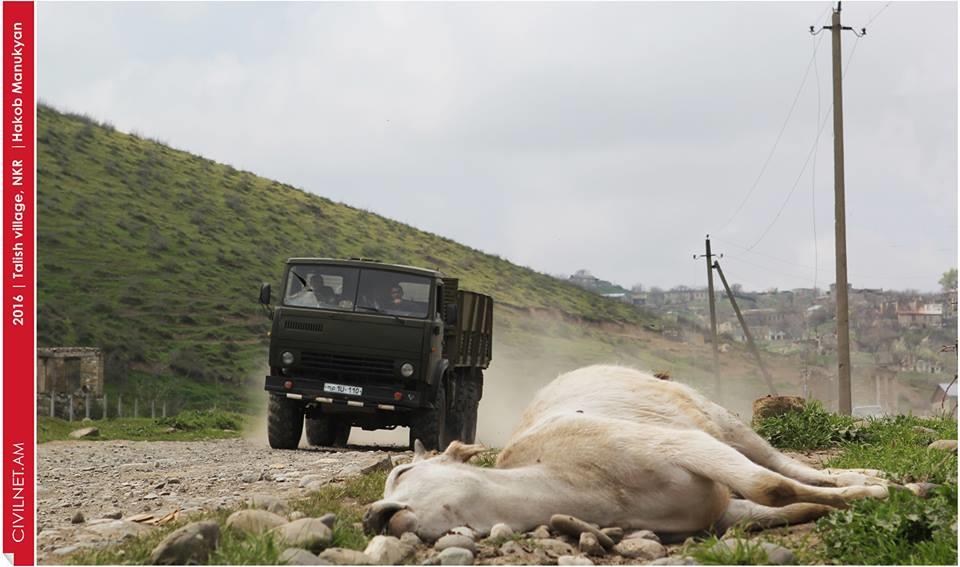 Apart from human casualties, the parties also sustained considerable material and military losses as a result of the four-day war. However, the 1994 status quo has not changed, except for a small area that fell under control of the Azerbaijani Armed Forces.

So, how did four-day war start? We present four possible scenarios.

Scenario One: From a subversive operation to large-scale military action

During the night of April 2, the Azerbaijani subversive group penetrated Talish, but was eventually crushed. An Azerbaijani Mi 24/35 helicopter flew to the group’s assistance, but it was downed on the eastern slope of the Mrav mountain.  The military actions unfolded thus along the entire perimeter of the contact line between NK and Azerbaijan.

The parties used heavy artillery, including ‘Smerch’ and ‘Grad’multiple rocket launchers. Both military and civilian targets were shelled. It is quite possible that in the event of an occupation in the vilage of Talish and the neighboring Matagis, , the Azerbaijani troops, inspired by their successes, could have started advancing their infantry in different areas, mainly in the direction of Agdam-Stepanakert.

Azerbaijan attempted to implement a blitzkrieg and seize Armenian villages or districts. This scenario is supported by the fact that on the eve of April 1, Azerbaijani side conducted an extensive realignment of heavy military hardware and personnel along the contact line.

As Bako Sahakyan, Nagorno-Karabakh President, stated at the news conference, the Karabakh side had been aware of that realignment thanks to counterintelligence work. The Azerbaijani blitzkrieg failed.

In recent days, western and, to some degree, Armenian experts and political science circles have been discussing a version of the events that unfolded, in which the military clashes were provoked by Russia, so that the parties would appeal to Moscow for cessation of hostilities. Russia was to arrang a meeting, as a result of which the hostilities would be ceased and later the Russian peacekeepers would be deployed in the conflict zone.

Indeed, a meeting between the General Staff Chiefs of Azerbaijan and Armenia was held in Moscow with the mediation of the Kremlin and the hostilities ended.

Armenian and, to some degree, Russian experts and political science circles have been actively discussing a version of the events that unfolded, in which Turkey was interested in hostilities on the contact line between the NK and Azerbaijan. The Russian Prime Minister, Dmitry Medvedev, also held that view. It is hard to say unambiguously, what the source of this version is, but it’s obvious that Turkey is openly supporting and defending Azerbaijan.

Armenia is conducting anti-Russian days. To many people it may seem incredible and amazing, but this is the reality. The President and the Prime Minister have expressed concern over the fact that Azerbaijan is using weapons against Karabakh that Baku has been and is currently obtaining from Moscow. The Armenian Defense Minister’s Spokesperson has termed the sale of Russian weapons to Azerbaijan as ‘immoral’.

Russian officials, including the Prime-Minister and Vice-Premier, stated that they would continue to supply weapons to Azerbaijan in accordance with agreements currently in place. Russian officials and the mass media are more often talking about the need to return the districts adjacent to Nagorno-Karabakh to Azerbaijan, which are under control of the Armenian side. These areas, for the most part, fell under Armenians’ control in 1993, when Heydar Aliyev, Ilham Aliyev’s father, was in power in Azerbaijan.

It seems that the Armenian government has found intelf in a difficult situation. The country’s strategic ally, Russia, is arming Azerbaijan and resorting to propagandist pressure to urge Armenian forces withdraw from adjacent districts to Nagorno-Karabakh.