A coastal karma – what will 2017 be remembered for in Abkhazia

rimorskoye village has come into focus in Abkhazia in 2017, though in the most negative sense.

Until recently, this settlement in the Gudauta district was referred to as Arsaul. However, in early 2017, at the locals’ request, the village was given back its Soviet-time name – Primorskoye. On a side note, the place was famous for its healing waters at that time.

One of the main arguments for renaming the village was that its old name would attract the tourists who feel nostalgic for a Soviet-time vacationing in this village.

This rebranding caused much public resonance exactly in terms of tourism. An impudent crime committed on the Primorskoye beach on 11 July 2017 was covered by all wire agencies and deeply outraged the Abkhaz public.

Two brothers, Daur and Adgur Jinjolia, who turned out to be the residents of a neighboring village, took hostage women and children vacationing in Primorskoye village. The criminals killed one of the men and sent another one to the nearest ATM for cash.

Later on, when they were detained, it turned out that they’d done similar things before.

The locals were so shocked by the crime that they joined the police and searched through the adjacent area, looking for the perpetrators. The government pledged to pay an unprecedented reward of RUB 1 million [about US$17,000] for any information about the criminals.

But there was no need to pay the reward. One of the brothers was found by the police, while the other was urged to surrender by his relatives.

Three weeks later, on 2 August, Primorskoye came to public attention again. A series of explosions took place at the Defence Ministry’s ammunition depot in close proximity to the village. So, the village turned into a ‘hazardous zone’ and remained so for two days.

Two Russian tourists were killed, 60 persons were injured and several dozen houses became inhabitable. Sappers are still working in the nearby area.

But things had been so promising in the beginning.

eneral parliamentary elections were held in Abkhazia this year. Long before the election day, the president had spoken about the need to change the electoral system. Nearly all political organizations had agreed that it was necessary to move to a mixed majority-proportional electoral system. The MPs had no objections against this novelty either.

However, the lawmakers once again failed to duly amend the legislation and the elections were held using the much-criticized, old majority model.

Voters didn’t eventually see a struggle of ideas and campaign programs in Abkhazia. To woo constituencies, the MP candidates fixed the leaking water pipes, each in their own respective precinct; repaired the roads, replaced light bulbs in entrances to apartment blocks, painted curbs and organized voluntary clean-ups.

As a result, the Abkhaz parliament has got 35 ‘good guys’ who have the skills of a supply and maintenance manager.

However, the elections have yielded some positive effects as well. They’ve allowed to stabilize a political situation in the country to some extent. After the elections, the local opposition, which has been calling for Raul Khajimba’s resignation since the very first day of his presidency, has switched from barricades to a thorough preparation for the next presidential elections.

Political volte-face of the year

political landscape in Abkhazia has suddenly started reformatting. The presidential elections in Abkhazia are scheduled for 2019. It seems that some leading players seriously intend to stand in elections in a new format. Namely, the authorities and the opposition are going to agree on and nominate a single presidential candidate.

Alexander Ankvab, ex-President of Abkhazia and currently an opposition MP, was the first to voice this initiative. Under this formula, two hitherto uncompromising politicians, ex- president Ankvab and the incumbent president Raul Khajimba, are going to unite their efforts and appear at the next presidential elections as a single team.

Although a new union hasn’t been officially announced yet, many experts believe that it’s a matter of time. The Abkhaz electorate lives in a state of constant political struggle. So, this rather diverse alliance may serve as a real motivation to stop a split in the society, which is the case during every election, and reach a public consensus. At least Alexander Ankvab believes so.

nlike the socio-economic sphere, which hasn’t proved particularly successful for Abkhazia this year, the achievements in the culture sphere in 2017 will be remembered by many for quite long. Irakli Khintba, a newly-appointed director of the Fazil Iskander State Russian Drama Theater, has greatly contributed to this matter. 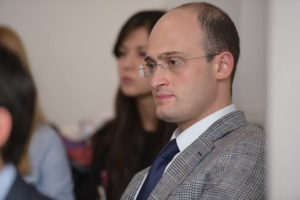 Khintba previously served as a Deputy Foreign Minister and later as a chief political advisor to President Khajimba. When he took this job, which was not quite the area of his expertise, he wasn’t taken seriously and was ridiculed by Sukhum coffee shop frequenters.

However, it turned out later that Irakli Khintba was not just a good diplomat and political analyst, but also an extremely efficient theater manager. Not only did he breathe new life into a dying theater, but he also turned it into a center of Abkhazia’s cultural life.

The theatre has a full house for nearly every performance nowadays. It has become very stylish to go to the RUSDRAM (that’s how the theatre is referred to in Sukhum).

Irakli Khintba managed not only to attract audiences to the theater, but also to break a stereotype that financial investments in culture allegedly can’t yield any result. Irakli Khintba’s theatre earned RUB11 million [around US $ 190,000] in 2017.

The director of the RUSDRAM theatre says, there is no ‘secret to success’. You should just love theatre and work day and night. Sometimes, when there were not enough staff available, Irakli Khintba himself would putting up theatre playbills around the city and sell tickets in the box office. It has already become a tradition that the director personally meets spectators at the theatre entrance. 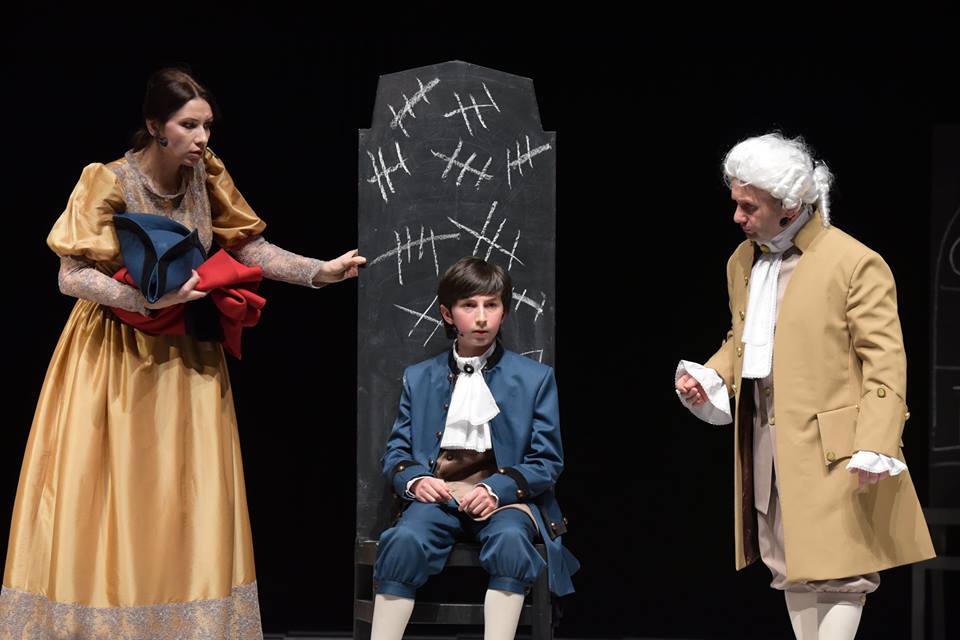