100 facts about the new Armenia from the Prime Minister 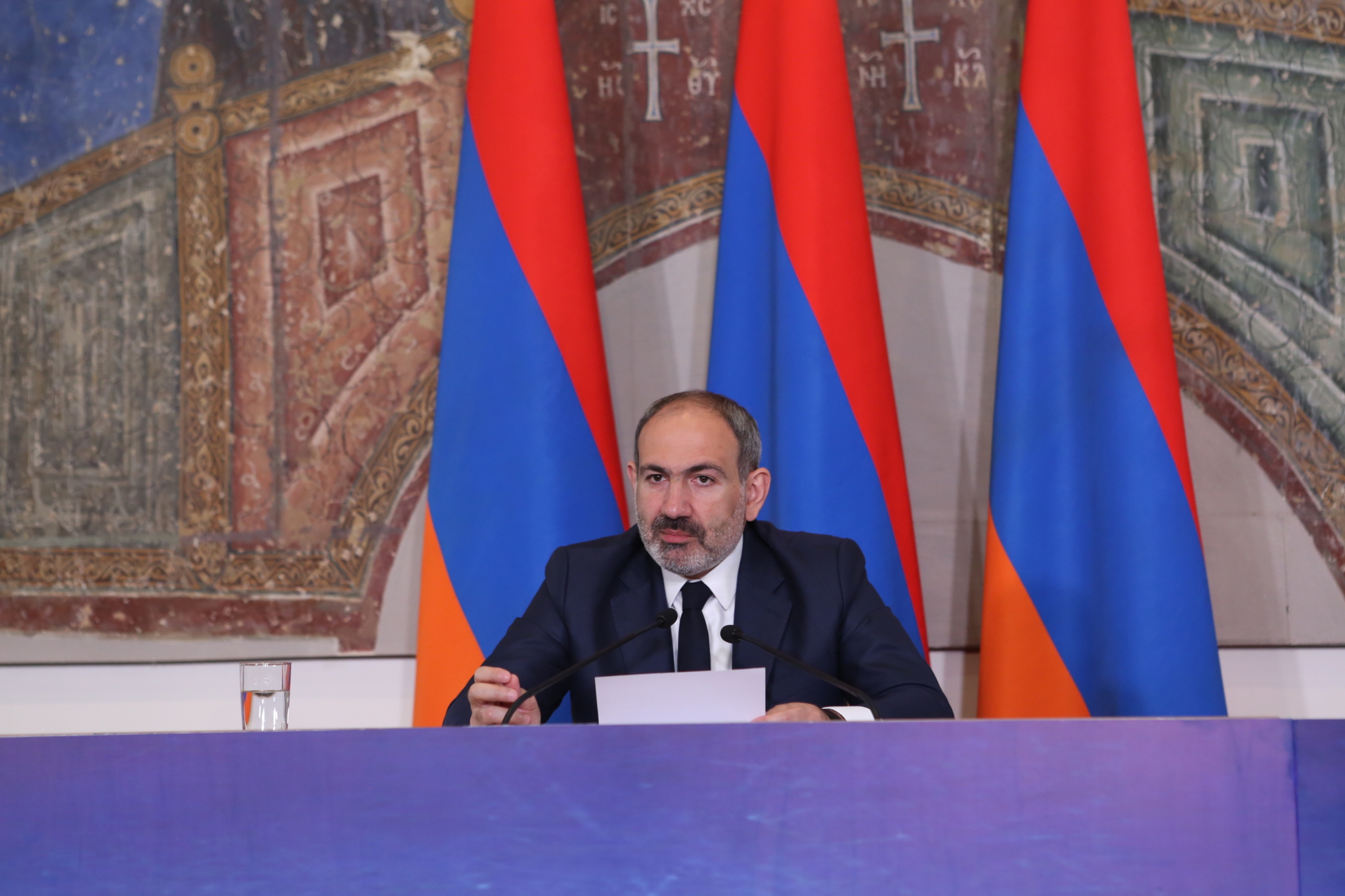 Armenian Prime Minister Nikol Pashinyan has delivered a report on his first year in office.

Elected on May 8, 2018, PM Pashinyan presented 100 facts about the new, “post-revolutionary” Armenia.

During his speech, Nikol Pashinyan touched on almost all spheres of the country’s life.

PM Pashinyan first announced that the collection of budget revenues exceeded predictions by 25% in the first quarter.

Pashinyan says the number of receipts issued to consumers increased by 40%, and named this as the result of increased business transparency and tax administration.

Moreover, over the past year, 51,000 jobs were created, largely from being withdrawn from the “shadow” sector of the economy but also included new workplaces.

During the press conference, Nikol Pashinyan also said that through legislative reforms, the commercial banks of Armenia have written off debts, debts and fines for 20,000 residents of the country, totaling some $23 million dollars (11.5 billion AMD).

Pashinyan noted that salaries for servicemen and teachers had risen by 10 percent or more, and said that the salary increase has already affected health workers, employees of the Armenian nuclear power plant and university professors as well.

The authorities are paying particular attention to raising the salaries of security forces. In the National Security Service and the police, wages have increased by 30%.

“The arrest of the former president is the biggest achievement”

Nikol Pashinyan said that there are no political prisoners in Armenia, but stated that the arrest of the former president of Armenia, Robert Kocharyan, is his biggest achievement as prime minister this year.

Robert Kocharyan stands accused of ‘overthrowing the constitutional order’ and complicity in the events of 1 March 2008, when 10 people died as police were brought in to disperse demonstrators protesting against the results of the February elections.

• Former president of Armenia remanded for ‘overthrowing the constitutional order’

In criminal cases, the former deputy prime minister, former defense minister, ex-head of the General Staff of the Armed Forces, ex-minister of the environment, ex-head of the Compulsory Enforcement Service of Judicial Acts have been charged as defendants.

“In addition, two acting ministers, the head of the State Control Service and other officials, were brought in as defendants. I speak of this as a statistic, without violating the presumption of innocence of these persons, since this is unprecedented statistical data”, Pashinyan said.

The first questions of journalists concerned the criminal case against the head of the State Control Service, David Sanasaryan, who in April was charged with abuse of office.

Pashinyan decided to temporarily terminate the authority of David Sanasaryan, who was also appointed to this post.

In connection with the Sanasaryan case, journalists were particularly interested in the question of whether there is a split in the authorities of the country today and whether there are any forces that might interfere with the process.

During the press conference, Nikol Pashinyan made a sensational statement: he claimed that before leaving, the former authorities managed to destroy a certain number of documents from the National Security Service archive:

“In this case, an official investigation has been ongoing in the structure for several months already.”

Pashinyan said that it is not yet known what was in these documents. However, he described the actions of the previous authorities as criminal.

Pashinyan commented on the possibility of a resumption of hostilities in Karabakh amid frequent violations of the truce.

Pashinyan said in the past two months there has been a certain amount of tension at the front, but stability remains:

“If there are everyday shots, it means that we are in a state of semi-war,” said the Prime Minister.

Nikol Pashinyan said that he and President of Azerbaijan Ilham Aliyev exchange information through an established communication channel.

“I hope that we will be able to understand what is happening and why. I wish our wounded servicemen a speedy recovery”, Pashinyan said.

On the issue of prices for Russian gas, Nikol Pashinyan said that the Armenian side hopes to reach an agreement with Russia.

“Discussions, negotiations continue. We have clearly defined our position, we hope that we can come to an agreement with our Russian colleagues”, said Pashinyan.

In April in Moscow at the meeting of the intergovernmental commission of the Eurasian Economic Union, the Armenian side proposed a five-year gas price plan.

By July 1, a draft agreement will be submitted, in which the mechanisms of gas pricing at the border will be presented.

From January 1, 2019, the price of Russian gas increased from $150 to $165 per thousand cubic meters, while the tariff for the population remained the same, due to a reduction in the company’s expenses.

The oligarch’s hometown – the founding legend of the Georgian Dream