100 days that changed us

A hundred days have passed since a group of civil activists decided to start permanently monitoring the administrative boundary line of South Ossetia.

This is happening in Georgia’s Shida Kartli region, where the Russian militaries have placed barbed wire along the line with green border signs that read: “Attention! State Border! Passage is Forbidden!”

There are two Russian bases deployed along the monitoring zone, one near the village of Tsingara and the other near Orchosani. It is in these areas that Georgian citizens and local residents are detained for ‘trespassing the state border’ most often.

25-year-old Alex who is one of the most active civil observers said without hesitation: “For a hundred days, I woke up in the morning feeling needed and useful … It’s cool!”

The activists describe their task simply – to create a database of all the people detained, including photos and video footage of interactions between the Russian military and the local population.

The activists say that there are three aspects that are crucial to their social project: 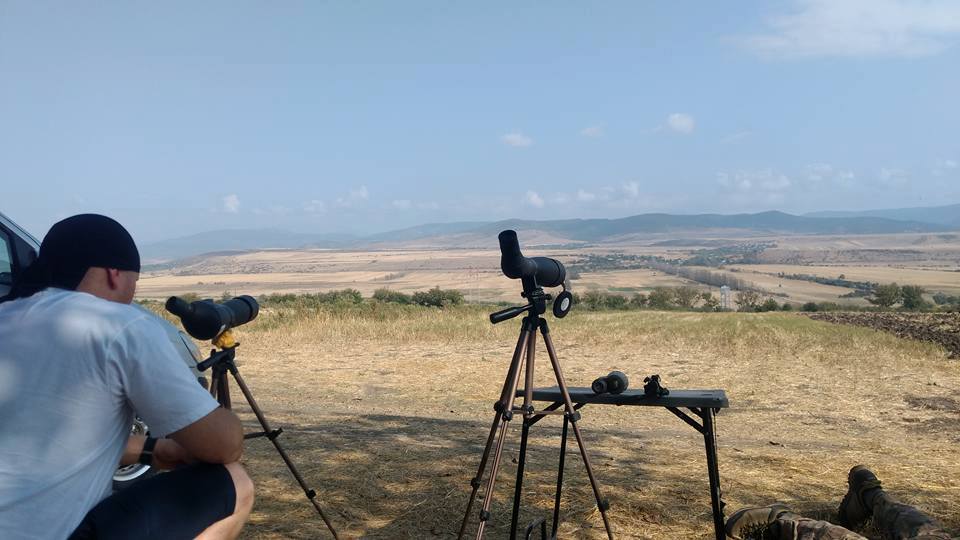 Alex is not the only observer. His colleagues who are mostly older than him are on duty between the villages of Karapil and Nigoza. There is also a shift schedule; to achieve continuous monitoring, activists replace each other.

Supporters are giving them equipment – at first there was only one pair of binoculars at the Nigosa field post, before someone brought a tripod. Then Georgian volunteers in Ukraine gave radios and emigrants sent tactical gloves. Further on someone brought a rain cover, then a camera came along, followed by a monocular, and so it went on. 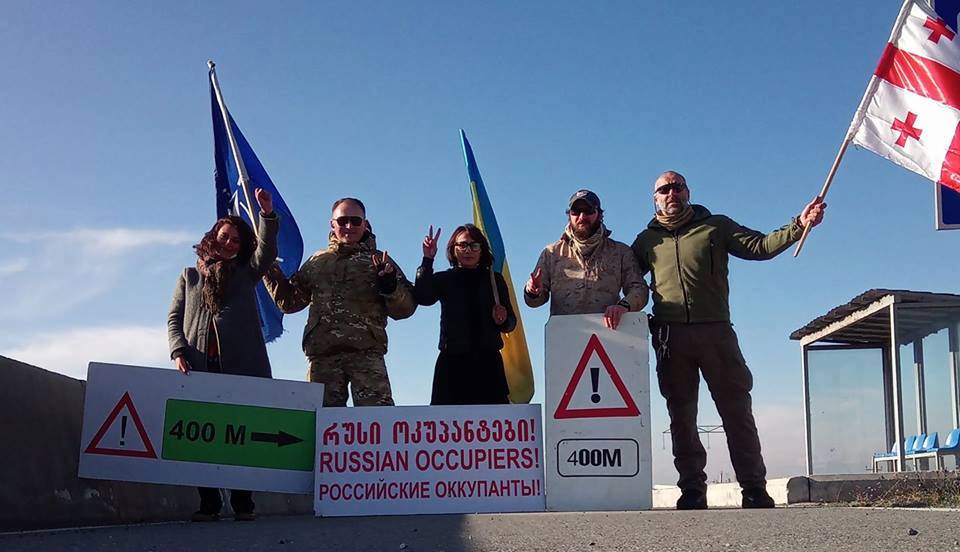 Since July 2017, five or six people travel the 40km distance from Tbilisi to Nigoza every morning to start monitoring, without exception. One walkie-talkie remains at the field headquarters, while the observation group takes the other.

“Suppose cattle were left near the village boundary. The distance from there to the Russian controlled territory is just a stone’s throw away. What happens to the cattle? They cross to the other side and are seized,” Vakhtang, 50 recalled both his and his neighbours’ adventures.

“And what can you do? You can’t leave a cow over there. In some places the barbed wire isn’t stretched out, it just lies in the grass, on the ground. If you don’t pay attention you’ll step over it. The mobile patrol will be right there, as if they came out of the ground. You can hear the dogs barking, and think that it’s clear that to run away is makes no sense. There’s a warning immediately, and if you don’t stop, they will shoot. Then a patrol appears and says: “You have violated the state border…”

22-year-old Theo is a volunteer. Her motivation for being there is similar to the others. She hopes to have the opportunity of meeting some of the Russian soldiers, and a chance to speak with them:

“I was a school pupil back in 2008, and the memories of those terrible days still haunt me. I wanted to ask the Russian military why they were in this country and why they were taking pieces of land from us while their country is 245 times bigger than ours. I immediately decided to join the patrol as soon as I learned of it. Perhaps our group and the military group will somehow cross their paths and I will have the opportunity to ask my questions.” 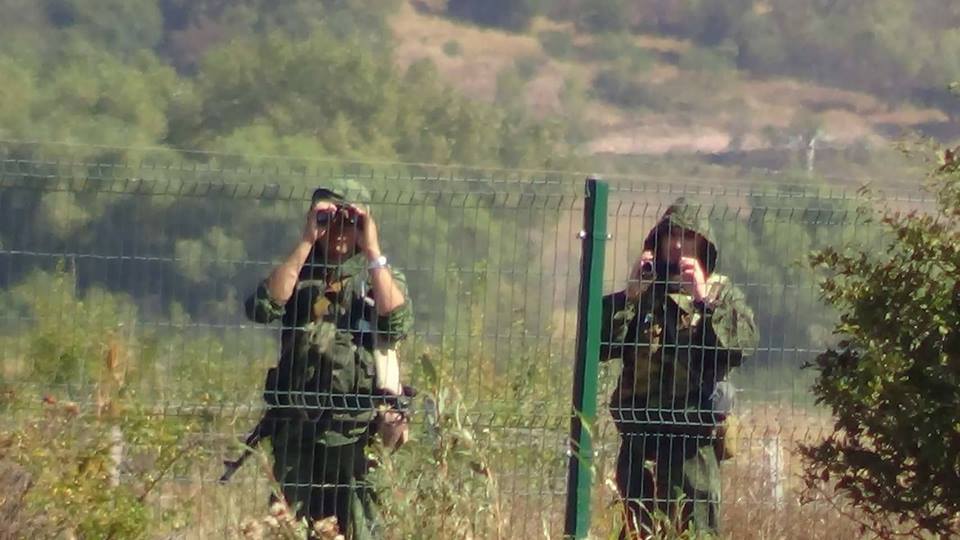 Volunteer observers have gradually expanded the monitoring area to reach places where Russian military bases are visible to the naked eye. Photos and videos are taken and collected in one website which was specifically created for this movement.

The places where the military bases can be seen are difficult to find without help from the locals. The observers’ relationships with the locals are another story. Ossetians live together with Georgians in Karapila and Nigoza.

At first the locals were concerned by the arrival of the mission members, but the observers tried to get close to them, and soon as a result one of the local people invited observers to tea, then another.

Ten days after the mission began Aunt Luda, a resident of Nigozi, brought for the observers Ossetian khachapuri (bread filled with cheese) and other foodstuffs she made. Then the director of the school asked them for a new Georgian flag – to replace the faded one on the flagpole in the schoolyard. It was at that moment when everyone understood that the ice had been broken.

*Lasha Berulava is a pioneer and active participant of the mission.

Toponyms and terminology used in the article, as well as views, opinions and strategies expressed in it do not necessarily reflect the views and opinions of JAMnews or any employees thereof. JAMnews reserves the right to delete comments it considers to be offensive, inflammatory, threatening, or otherwise unacceptable